The first win has been notched up on SRAM’s brand new Force 1x groupset with 2012 Olympic Champion Alistair Brownlee winning the London round of the World Triathlon Series at the weekend on the US company’s new 1x11 drivetrain. SRAM first introduced a cyclocross version of its hugely successful mountain bike 1x11 drivetrain last year, and has just recently introduced Rival 1 and Force 1, aimed at road, gravel, adventure and touring bikes. Mat even headed to Germany the other week to put the new drivetrain through its paces. 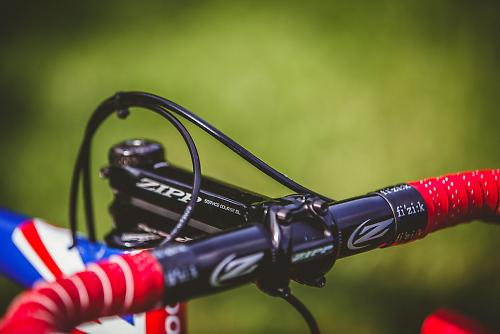 The new 1x11 drivetrain comprises a single ring chainset, an 11-speed cassette with a whopping 10-42t range, and a rear derailleur with a clutch mechanism that keeps the chain taut to prevent it flapping about and falling off the single ring. Instead of a chainguide, the X-Sync chainring features alternating wide and narrow teeth that provide better engagement with the chain. 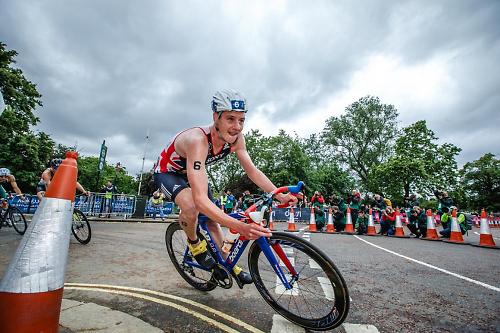 SRAM isn’t trying to replace conventional drivetrains with this new offering, instead it reckons there are applications where the simplicity and lighter weight will be an attractive option. It cites gravel, criteriums, fitness, adventure and triathlon as being ideal for the 1x11 setup. Its suitability for triathlon was proved at the weekend, where on a flat course like the one in London, there was only ever a requirement for the faster gears anyway. 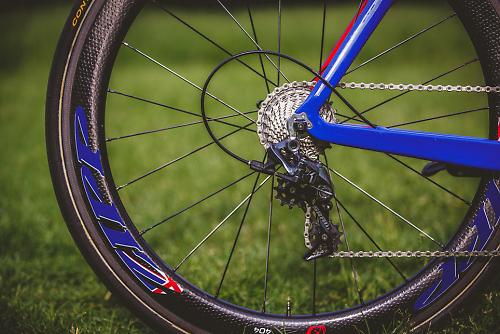 Alistair Brownlee has been using the new SRAM Force 1 for the past month and seemed sufficiently happy with it to race it , and it proved to be well suited to the pan flat course in London at the weekend. His Boardman bike demonstrates the versatility of the new Force 1 groupset, as it was fitted with a 52-tooth chainring and an 11-26t cassette. SRAM is offering a wide range of chainring options so you can tailor the drivetrain to the specific requirements of your riding needs, and you can use any regular 11-speed SRAM cassette of course. 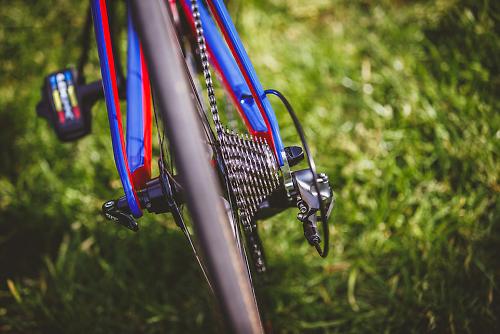