I’m just back from a SRAM media event in Wallau, Germany, where I had the chance to take a look at various products that SRAM, Zipp and Quarq (they’re all brands from the same company) have introduced over the past few months, including the 1x (pronounced ‘one by’) Road groupsets. 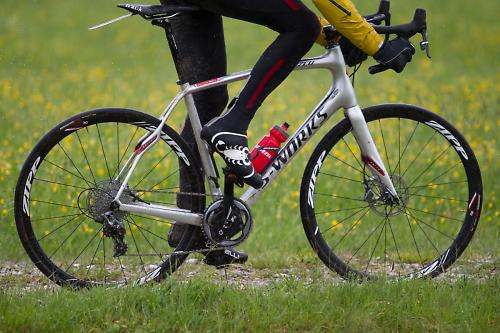 We first told you about 1x Road when SRAM announced it last month. To put it very simply, 1x comprises a single-chainring matched up with a wide-ranging cassette.

Of course, there’s absolutely nothing new about using a single chainring. Millions of people already have bikes like that. SRAM think that it’s an option that has advantages for many kinds of rider. 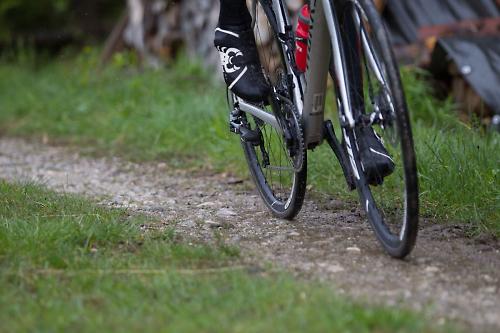 SRAM has been offering 1x11 systems in mountain biking for a few years now and the demand has far exceeded initial expectations. With that success in mind, SRAM added the Force 1x11 system for cyclocross in model year 2015 and is rolling 1x out onto the road for 2016.

The obvious question is: why? Why would you want to swap from a double chainset to a single chainring? 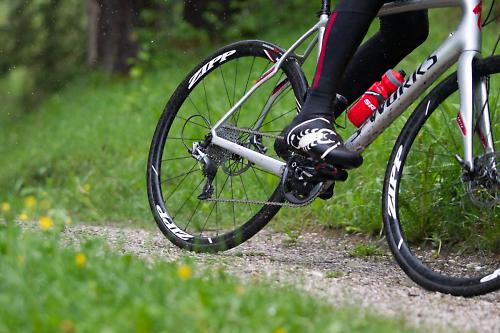 SRAM is by no means suggesting that 1x is the best option for everyone – the brand is still firmly focused on its double chainring systems – but it does think that 1x is a useful choice for a wide range of applications: gravel, triathlon, criteriums, fitness, adventure, and cyclocross. 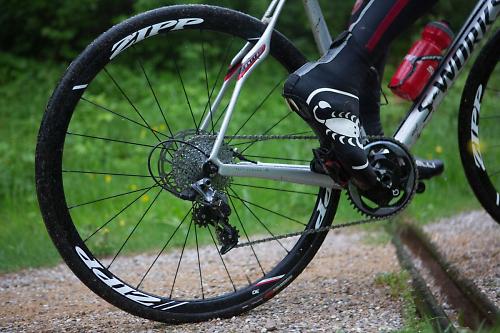 Take triathlon as an example. Triathlons are frequently held on fairly flat courses (yes, there are many exceptions, especially in the UK) and because they’re races you’re always going to be riding hard, usually in a pretty big gear. With a 1x system you essentially ditch a chainring and the front mech, reducing weight and gaining a slight aero advantage.

Yes, you lose gear options, but SRAM’s solution is to give you a wide-ranging cassette to compensate, at least partly. 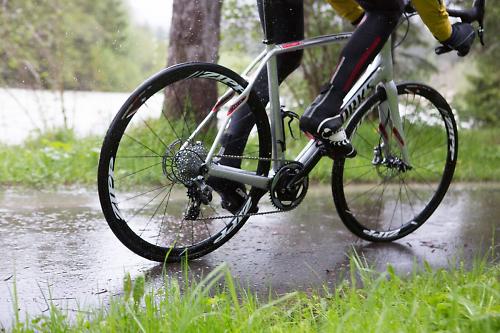 A typical triathlon setup, to stick with that example, might be a 53/39-tooth chainset and an 11-25-tooth cassette. SRAM suggests that you might opt for a 1x setup with a single 52-tooth chainring and an 11-32-tooth cassette. The range of gears you get is similar and you eliminate a lot of the duplication (or near duplication) of gears. As you’ll know, with a double chainring there’s usually quite a bit of crossover between the gears you get with the chain on the small chainring and the smaller sprockets and the ones you get with the chain on the larger chainring and the smaller sprockets. That’s obviously not an issue with a 1x setup.

If you want to check out gear sizes in detail, it’s very easy to tap the figures into something like http://gear-calculator.com/ to get a direct comparison of different options.

Anyway, as mentioned, SRAM isn’t suggesting that everyone switches to riding with a single chainring, but it is increasing the number of options it has available to those who want to do that. 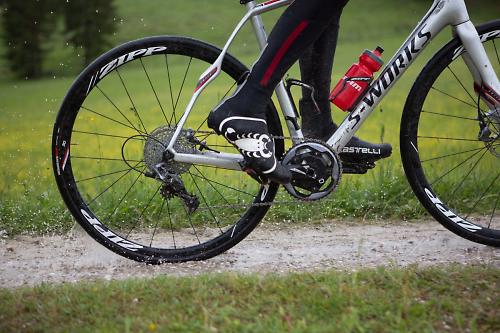 We were out in Germany to ride gravel roads because SRAM sees that as one of the key areas for 1x systems. We had a Force setup with a 46-tooth chainring (they’re available up to 54-tooth) and an 11-36-tooth cassette. That’s a big inner sprocket but SRAM go bigger – up to 42-tooth (SRAM’s 10-42-tooth cassette does require an XD freehub body). That 42 is an absolute dinner plate! 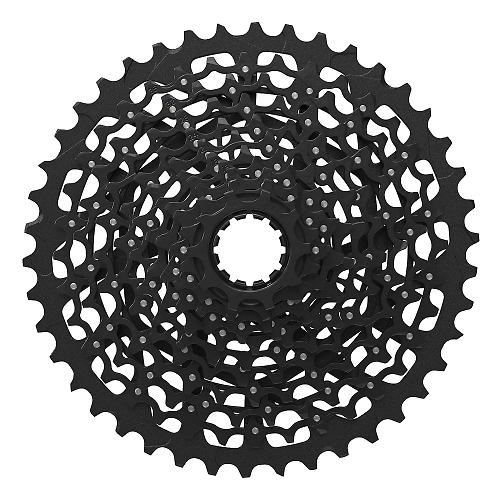 Of course, you get some fairly sizeable jumps in gear ratio size across a cassette like that and I did notice them a couple of times over the course of our rides. When the road started to head upwards I dropped down a gear and all of a sudden my legs had to spin quicker than I’d expected to keep the speed going. 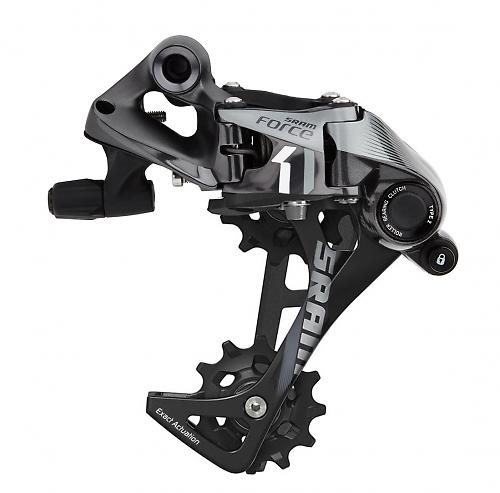 I occasionally changed up a gear and found it bigger that I’d expected too, but all systems involve some compromise and it always takes a while to adapt to a new setup. 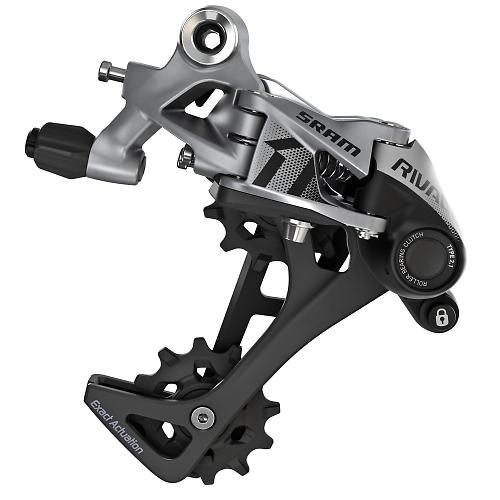 After years of riding with double chainsets, I found myself sometimes trying to change gear with my left hand while using the 1x system, but that’s the sort of thing I’m sure you’d get used to after a few rides. 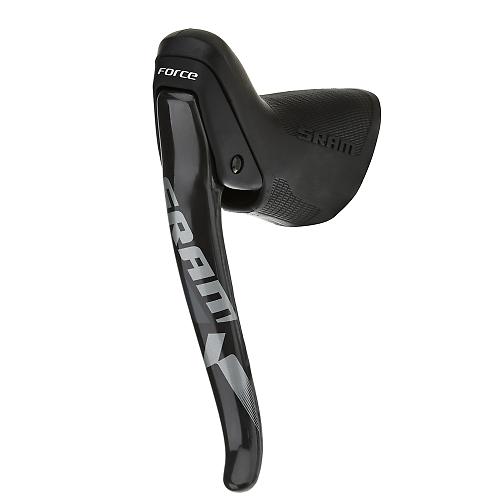 In the main, the 1x system performed exactly as you’d expect it to, changing gear as quickly and efficiently as usual despite some extremely grotty conditions (it's not always sunny on these press trips, you know! The only time it stopped raining was when it snowed for a few hours). I get SRAM’s point about simplicity. If the gear feels too hard you move the chain up to the next sprocket; if it feels too easy you move the chain down. You never have to look at the terrain and assess a few moves ahead, deciding whether it’s worth shifting to the other chainring or not, so in that sense there’s a little less to think about. 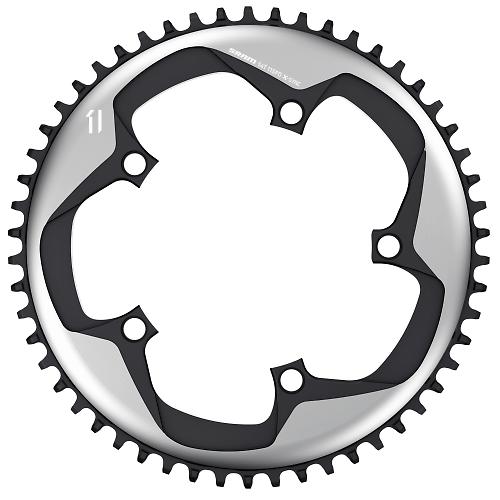 SRAM’s 1x cyclocross system that I mentioned earlier was called SRAM Force CX1 but that has now become SRAM Force 1. A long-cage mech has been added to the short and medium cage options to handle the widest gear ranges. SRAM has also added a more affordable Rival 1x groupset. The biggest chainring size with Rival is a 50-tooth. If you want a 52 or 54-tooth chainring, you need to go for Force. Systems are available with both mechanical and SRAM’s HydroR hydraulic braking. There’s a flatbar trigger shifter too. 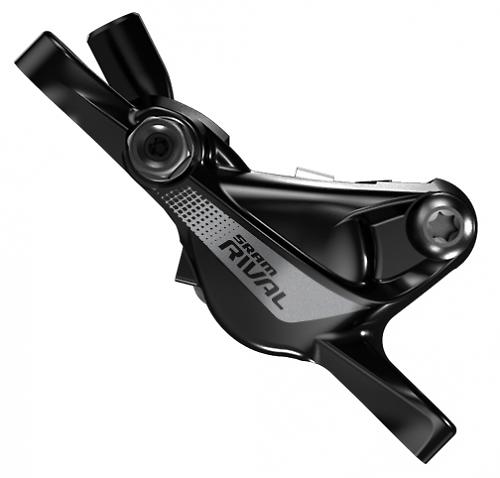 One feature that’s common to rear derailleurs in both the Force and Rival groupsets is what SRAM call their ‘Roller Bearing Clutch’ which is a feature that controls chain slap. It minimises the amount that the chain hits the chainstay when you’re riding over rough terrain. 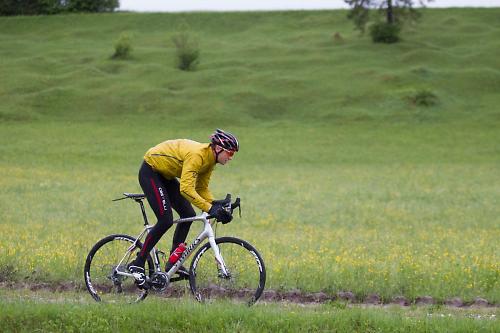 It certainly seems to work. While most of our gravel roads were pretty smooth, we did ride some really bumpy sections – rutted and covered in big stones – and I didn’t notice much chainslap at all. It helps deliver a quiet ride. 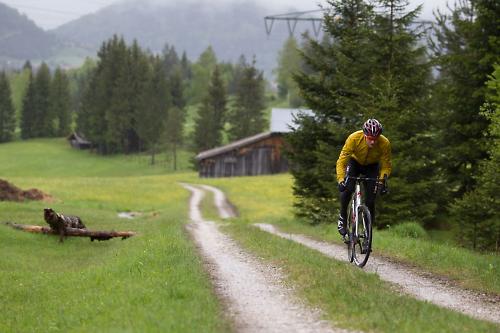 If you’re interesting in building up a bike yourself (1x will fit on virtually any bike with no complications) the new components will become available at different times over the summer starting next month.

For more info go to www.sram.com.