You voted in your thousands – and now Giro Cycles in Esher, Surrey has been named the UK’s Best Coffee Shop for Cyclists, with the award sponsored by road.cc.

Founders Jordan Addison and Neil Goodman set up the business on the town’s High Street to provide a meeting place for growing numbers of road cyclists taking to the county’s roads in recent years.

Here’s Jordan holding the award – based on the blue plaque often found on buildings of historical or cultural interest – after receiving it from road.cc’s Elaine Curtin at the Caffè Culture Show at London’s Olympia on Wednesday.

They’re flanked by Vulpine’s David Hemming on the left, and awards organiser Chris Ward on the right. 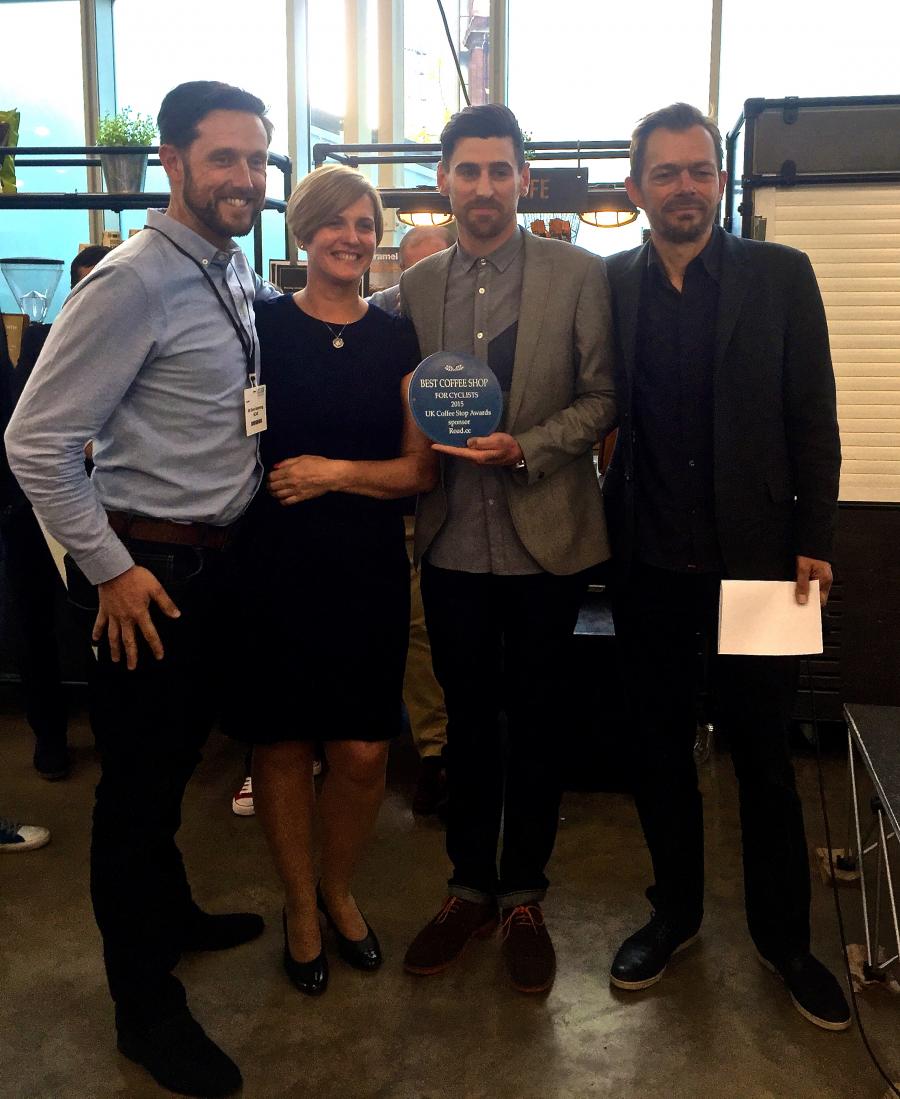 Jordan also wins a complete set of Vulpine kit, as will one lucky voter – we’ll let you know who that is as soon as organisers tell us whose name has come out of the hat first.

Tens of thousands of cyclists voted for their favourite coffee shops, with strong competition for the top prize led by Bicicletta in Saffron Walden, Essex, and Velo House in Royal Tunbridge Wells, Kent.

Elaine said: "Cycling and coffee go hand-in-hand - we all love a nice coffee stop on a ride, and if there's cake thrown in, so much the better. It's why we sponsored the award.

"It's great to see so many independent businesses that aim to give their customers quality product and service recognised in the voting - businesses indeed similar to road.cc and Vulpine that aim to go that extra mile.

"Congratulations to Jordan and the rest of the team at Giro Cycles, as well as to all those whose customers demonstrated their loyalty by voting for them."