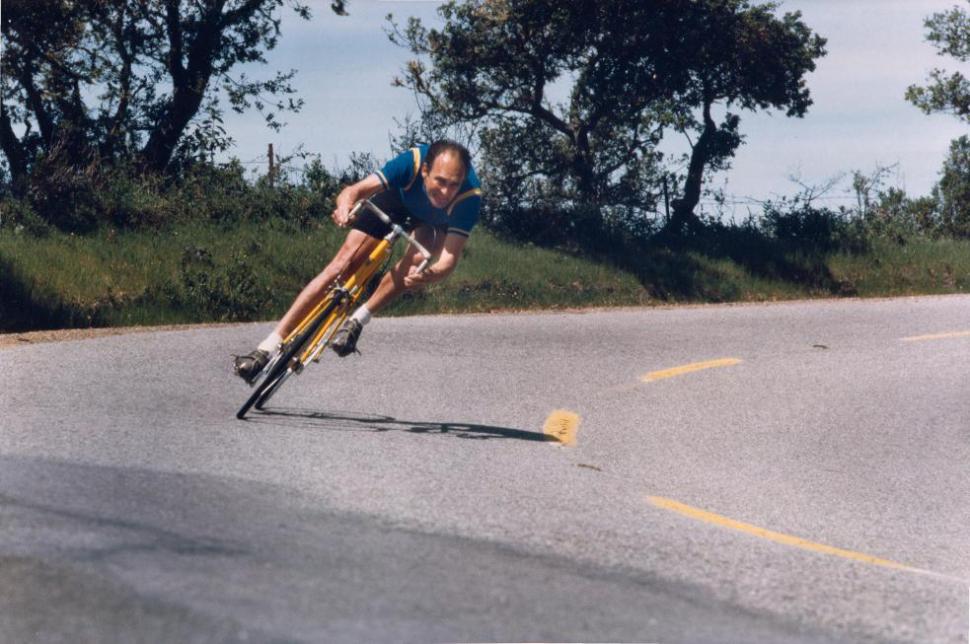 Tributes have been paid from all quarters of the world cycling community to engineer and author of The Bicycle Wheel Jobst Brandt, who has died at the age of 80.

In his professional life, Brandt worked as a mechanical engineer for Porsche, Stanford Linear Accelerator Center and Hewlett Packard, but he is best known in the cycling world for his book on the engineering and construction of bicycle wheels. The Bicycle Wheel demystified the subject, much to the annoyance of many old-school wheel builders, and presented a wheel building method that anyone with patience and basic manual dexterity could follow.

In the days before web forums, Brandt was extremely active on the cycling groups on usenet, an early internet discussion system. Bringing his engineering knowledge to areas of cycling infested with myth and misunderstanding often got him into heated arguments, but Brandt could always back his opinions with solid principles. For many of us fledgling wannabe bike gurus in the early 90s, he was a shining light of reason and analysis.

Brandt's knowledge wasn't just theoretical. He was an extremely keen and accomplished cyclist, leading rides in the Palo Alto area that were famous for their toughness and use of dirt roads, and spending several weeks each summer exploring the Alps. Long before gravel bikes were a thing, Brandt was riding his custom-made bike on tracks everyone else would think needed a mountain bike, had mountain bikes even been invented back then .

He was also involved with Palo Alto cycle component company Avocet, which for a while made wildly popular cycling computers and, backed by Brandt's understanding of tyre friction, popularised the idea that tyres do not need patterned tread to grip on tarmac even in the wet.

Brandt's friend Ray Hosler has written an affectionate and detailed account of the man on his blog, which includes tales that illustrate his tenacity and attitude to life.

Hosler writes: "I met Jobst in 1979 while working at Palo Alto Bicycles. I’ll never forget seeing Jobst wheel into the store on his huge bike, which he always rode into the shop while deftly opening the door.

"He immediately bound upstairs to the Avocet headquarters where he would engage owner Bud Hoffacker in lively discussions (browbeat) about everything under the sun involving bike technology.

"Jobst was like that. He believed with 100 percent certainty that his way was the right way. If you disagreed and didn’t have the facts to support your argument, you were just another crackpot."

Brandt was forced to stop riding after a crash on his 76th birthday in which he sustained serious injuries.

Shortly before that, however, he gave a lengthy interview to cycling website Cozy Beehive, touching on his professional career and how he came to write The Bicycle Wheel. He said: "No one solicited [me to write it], with nothing being known about the subject and with the total faith in bicycle mechanics to be doing the build and repair the best way possible." He set out to fill that void.

If you've not heard of Jobst Brandt but have an interest in bike tech, you could do a lot worse than spend the rest of the afternoon reading his collected writings on Sheldon Brown's website and Norman Yarvin's usenet posting archive.

Since the news broke there have been many tributes to Brandt posted on Twitter and elsewhere. Here are a few:

"I remember 100+ mile 'Jobst Rides.' Jobst Brandt gave me the key to the Santa Cruz Mountains. I'm doing my best to pass that on to my son."

Vale Jobst Brandt. We will continue to explore the limits of tyre adhesion in your memory https://t.co/OCiZKdKT0m

Jobst Brandt, author of The Bicycle Wheel (what it says on the box), is gone. I am sad. http://t.co/1T2tTnsBt4

i've accepted that i may never ride again as i once did. jobst brandt was my number one influence when i could. : http://t.co/MI75I6YMud

RIP #JobstBrandt I followed his highly opinionated and often curmudgeonly posts on rec.bicycles .. wherever you are now, have a treat on me

Jobst is gone. A legend in cycling and a vocal advocate engineering excellence -- https://t.co/m8KI3FFaGP

In honor of Jobst Brandt, who passed this morning, we're sharing this quintessential portrait of the man who... http://t.co/JOC9cgjA1D

Huge RIP out to Jobst Brandt. As a Georgia Tech engineering student getting into bikes last decade, I received no shortage of knowledge from him via Usenet. I appreciated his technical prowess, wealth of experience, and his at times brutal candor when dismissing junk ideas. (cc @outsideisfred)

A photo posted by Paul Hobson (@pmhobson) on