Apologies for the the fact that the pics above don't show the bike in showroom condition but the Salsa Fargo is the kind of bike that you just want to have a blast around on as soon as it shows up, so it's already been round the block a few times, on the tarmac and off. What is the Fargo? Well, technically it's a touring bike, say Salsa. But really it's a rigid 29er MTB with drop bars and a host of extra braze ons for all your kit. 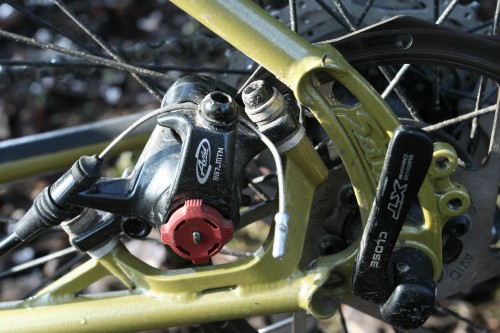 The frame and fork are made from Salsa's Classico Cromoly tubing, which is custom drawn for Salsa and used on many of their framesets. It's a very compact unit which means you'll run plenty of seatpost and have lots of standover room which is good news when your bike is loaded up; the long 'post also softens the ride a touch over the rough stuff. A lot of thought has gone into the design: for instance, the dropouts have been designed to run the disc brake between the stays, leaving the dropout free for guard and rack mounts, a design that's been brough through to the new Salsa Vaya. There's plenty of room for some big tyres, too: the bike comes specced with WTB Vulpine 2.1 rubber and even with 2.3's there's room for some mudguards, and fittings for them. 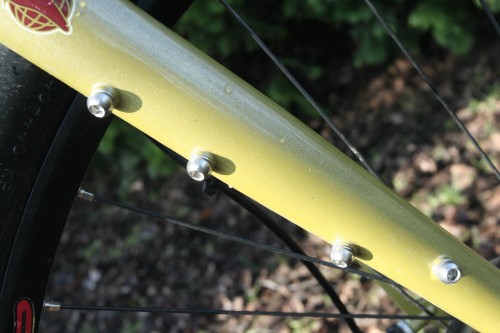 Versatility is the name of the game with the Fargo and as well as mounting points for front and rear racks there's space for no less than six bottle cages, four on the main triangle and one on each fork leg. The long wheelbase and slowish steering will be welcome when you're all packed up for a big tour, but even though it's designed to cope with being loaded to the max the bike itself is not a heavyweight, weighing in at 12.5kg/27.6lb without pedals. Stripped down it's more than happy eating up the road miles and first off-road forays are encouraging too. 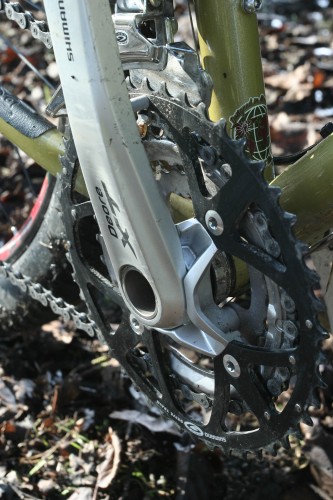 Kit-wise the Fargo runs a 27spd Shimano XT drivetrain, controlled by bar-end shifters. Brakes are Avid BB7 mechanical discs with Tektro levers, and most of the finishing kit is Salsa's own, including their excellent Bell Lap bars. Wheels are XT hubs mated to Salsa semi 29er disc rims which will take 'cross and touring tryes as well as off-road rubber. All in all it's a well-specced bike; Salsa aren't known for bargain prices but at £1,599 the Fargo certainly isn't pricing itself out of the market, especially when you consider what it can do. 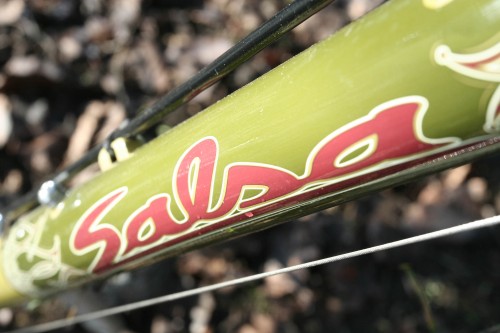 And what can it do? Well, a full test will follow but first impressions are of a bike that's massively versatile: light and dynamic enough for an urban commute, but also capable of a big tour or a trip to the trails. There's no one bike that can do everything but some are better at multitasking than others; Cyclocross bikes are often touted as the do-it-all solution but the Fargo is trying to take that versatility to the next level. And will it succeed? Find out here!