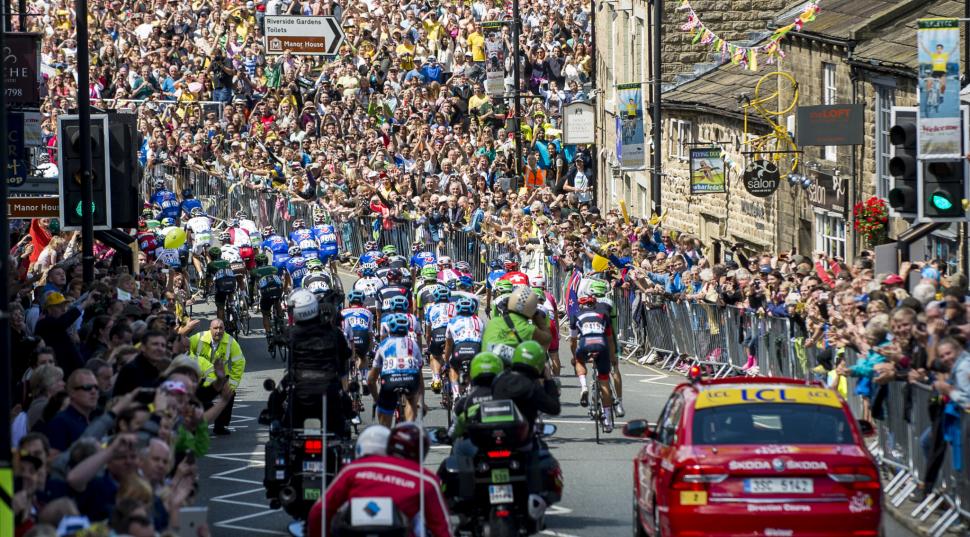 Welcome to Yorkshire’s chief executive Gary Verity, the man who brought the Tour de France to Yorkshire this summer, says that seven areas of the UK have expressed an interest in hosting a future Grand Départ on the back of Yorkshire’s success – as we reported yesterday, Edinburgh is looking to strengthen its bid with £225,000 of funding. Verity also says that he expects a million people to line the roads for the inaugural Tour of Yorkshire next year.

“Christian Prudhomme (the Tour de France race director) was still being contacted by people including Thailand and Germany last week and seven different places in the UK who all say ‘we want what they had in Yorkshire’.

“It’s cycling and the event itself and how that can put a place on the map if you can take it live on TV in 190 countries in the world.”

But life has moved on for Welcome to Yorkshire and they and Tour owners Amaury Sport Organisation (ASO) are now busy planning the three-day Tour of Yorkshire which will be run for the first time from May 1 to 3 next year.

The six start and finish towns have been pencilled in, although in Verity’s words “because we have a place in mind doesn’t mean to say that it is a done deal.” It is hoped that an official announcement will be made before the end of the year with exact route details to follow early next year.

Verity is keen to show off even more of the county in the new race.

“It’s not going to be the same route every year and we hope it will go to a number of places that the Tour de France didn’t visit, for example the east of Yorkshire and the coast in particular but not exclusively that – like the North York Moors.”

As for the potential turnout, Verity points out that it is always a slight unknown, but the model being worked to anticipates one million people turning out to watch.

It’s easy to see why other parts of the UK might be interested in hosting Le Grand Départ. Speaking shortly after Yorkshire’s stint in the spotlight, Verity was keen to point out that the legacy wasn’t just to be measured in a higher profile and a boost in tourism. He felt that it could even transform the attitude of the people.

“In the past we have lacked belief. I hope the Tour changed that. I hope it showed us that when we unite we can be the best in the world. That kind of attitudinal shift doesn’t happen overnight, but it was about showing people the art of the possible.

“Wouldn’t it be nice to think that someone, somewhere in Yorkshire is now setting up a world class business and when they’re asked why they started it they’ll say they were inspired by the Tour de France.”