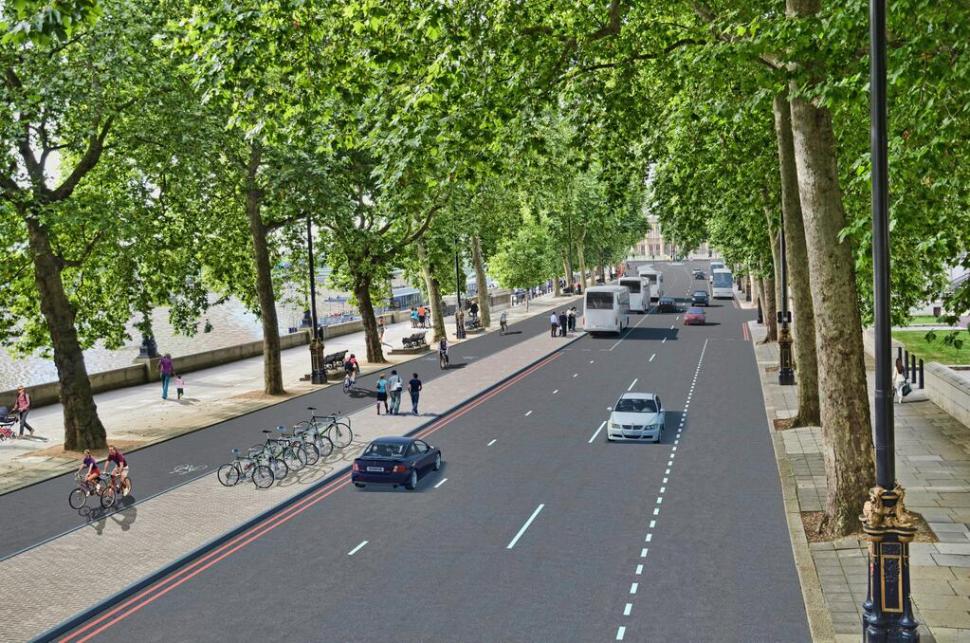 Writing today in the Guardian, Boardman hit out at the organisations that have been anonymously briefing against the new cycleways, the Canary Wharf Group, and by the City of London Corporation.

Boardman writes: "A PR company employed by the [Canary Wharf Group] has distributed a briefing which the scheme’s supporters say contains numerous misrepresentations and errors of fact. Another business lobbyist funded by Canary Wharf has toured the party conferences claiming, wrongly, that the superhighways will delay traffic in London by 6%."

These claims have been reported by journalists for The Evening Standard, politics.co.uk and the Guardian itself. In all cases those opposing the plans have been allowed to remain anonymous, a protection traditionally afforded to those whose life or livelihood is would be threatened if their identity were revealed, clearly not the case here.

Boardman believes there's a very simple reason why those opposing the new cycleways won't identify themselves.

"These opponents … know that the majority even of business opinion is not with them and they stand little chance of winning any debate held in the open. They know that they will be seen as old men in limos. … They are trying to poison the project in secret without leaving any fingerprints."

Turning to the Square Mile, Boardman writes: "The Corporation attacks the scheme as “heavily biased towards cycling”.

"That feels a little like opposing Crossrail on the grounds that it is heavily biased towards trains – but it’s wrong anyway. It is not just cyclists who will benefit from the new routes.

That's a staggering capacity, and shows just how much cycling can improve the carrying capacity of Britain's streets. Giving over more space to cycling and taking it away from cars has been demonstrated to improve quality of life, increase turnover for local businesses and even speed up car traffic.

As Boardman writes: "Everywhere else this has been tried – London is way behind many other world cities – it has made the streets more pleasant for everyone, and more profitable places to do business. Cycling is a catalyst to change our country for the better."

Boardman saves his final punch for the way opponents of the proposed cycleways believe they can still run things from the shadows.

He writes: "The limo-users’ view of how London is governed, like their view of how London travels around, feels out of date. Deals behind the scenes were how it was done when the city was run by Whitehall. But under an elected mayor, the public should decide and the debates should be held in public."