Yesterday we brought you news of Niki Terpstra’s Paris-Roubaix winning ride that he uploaded to Strava, now let’s take a close look at his Omega Pharma – Quick-Step Pro Cycling team bike. Like the rest of the team, Tom Boonen included, he rode the Specialized Roubaix SL4.

The S-Works Roubaix bike that Niki rides is essentially the same as the Roubaix SL4 that you can buy in the shops (and the disc version Mat rode at Eurobike last year). However, like most of the other bikes prepared for the professionals, there appear to be a few subtle changes that you can’t get on a regular frame. Those changes include a shorter head tube and longer top tube, creating a more aggressive geometry favoured by the pros. Specialized are not alone in catering for the pros in this way; Trek also provide a ‘pro’ geometry for their team, but they’ve recently made it available through their Project One custom bike builder website. 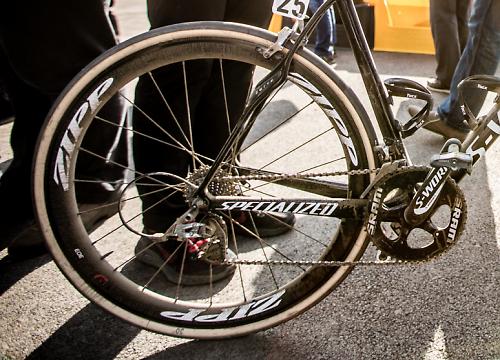 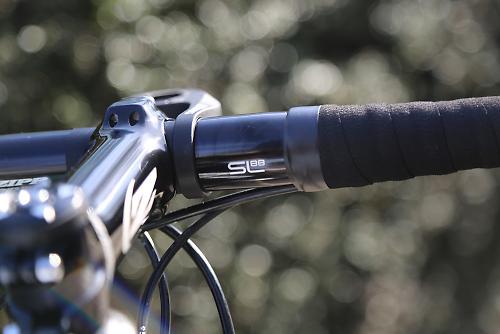 Terpstra's bike was fitted with SRAM’s latest Red 22 groupset, an 11-speed drivetrain, along with Specialized’s own S-Works carbon crankset in place of the regular Red one. The team are supplied with Quarq power meters but, like many racers in the classics, Niki opted not to use one, instead riding on feel and instinct. There isn’t much time, or value, in watching the watts when bashing over cobbles and responding to attacks. Interestingly, he rides 175mm crank arms, and used a 53/46 chainring setup for the race. 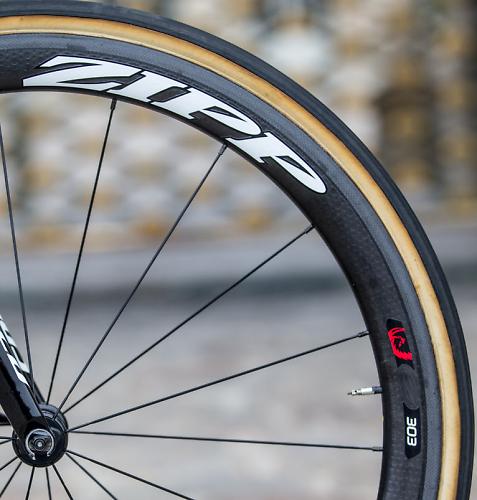 Terpstra rode standard-issue Zipp 303 Firecrest Tubular wheels. This has been one of the biggest changes to the race in the last few years. It used to be that most riders would switch to faithful hand-built box section tubular wheels (typically Ambrosio rims) for the cobbled races because of their strength and reliability, but carbon wheel manufacturers have improved their products so much that nearly all teams race deep-section carbon rims now. Remember that there is far more smooth road in the 256km race than pavé, which amounts to just 50km. A fast wheel for the road sections is very important, provided it can survive the cobbles.

Paris-Roubaix is the race where we see the widest tyres of the whole year. Where they normally ride 23mm and increasingly 25mm tyres, for Flanders the pros switch to 27mm tyres and for Paris-Roubaix they go even wider: 28mm and 30mm. Niki actually combined a 30mm rear tyre with a 28mm front tyre. That's perhaps an unusual decision but it does make sense, as the larger rear tyre will provide increased comfort, traction and puncture resistance where you arguably need it most. Tyres are supplied by FMB, the small French company that still makes tyres by hand and supplies just about all the teams for these two classics. 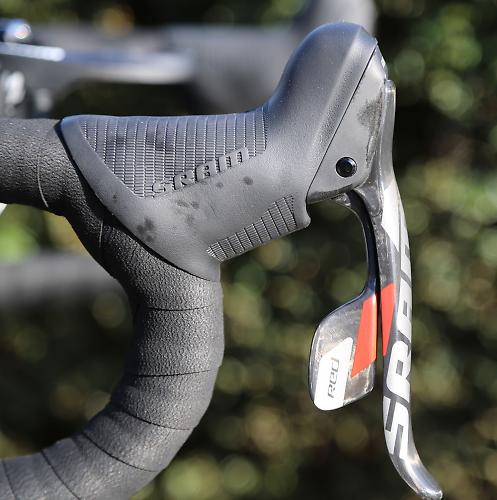 Tyre clearance on the Roubaix is indicated as 28mm max, and it doesn’t look like they’ve made any specific changes to accommodate the 30mm rear tyre. From some photos we’ve seen, there’s vert little clearance between the top of the tyre and the bottom of the brake caliper. Lucky it was a dry race, which will have influenced tyre choice for sure.

The Roubaix has been around for about 10 years now, and was one of the new breed of bikes designed really with sportives in mind, where a more relaxed geometry (taller head tube, short top tube) is favoured over the more aggressive positions required of regular race bikes. You need good flexibility and core strength to ride race bikes comfortably for any distance, but the Roubaix offered a choice that didn’t require such an extreme fit. The latest version, the SL4, was introduced in 2012. Like the first Roubaix, the frame and fork, and now the seatpost, features small Zertz inserts that along with the carbon fibre layup and tube profiling, are designed to provide a smooth ride over any rough surface, including cobbled roads. If the truth be told, the Zertz inserts themselves don't actually alter the ride quality, they just plug the gaps. It's the fact that the gaps are there in the first place that makes the difference.

The SL4 pushed the Roubaix closer to the Tarmac (the company’s road race bike) with a sharper and more focused ride feel, without compromising the comfort factor. 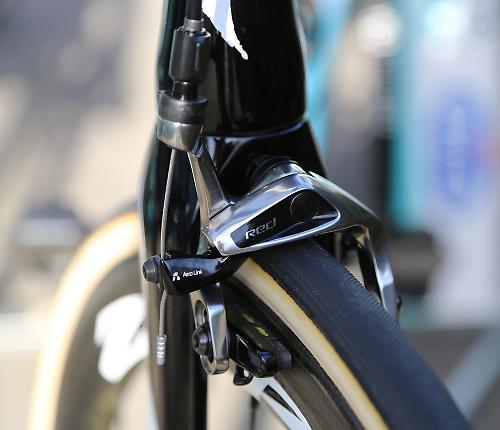 The Roubaix borrows some of the frame construction features from the racier Tarmac. A one-piece module makes up the bottom bracket and asymmetric chainstays. The seatstays are wider and straighter, which Specialized reckon makes for a stiffer frame but without sacrificing too much of the comfort that is the bike's trademark. Another change is that the steerer tubes are specific to frame size. Sizes 49-52cm use a straight 1.125in headset; 54-56cm get a tapered design with a 1.25in lower race and sizes above 58cm use the same 1.375in lower bearing from the previous SL3.

Thanks to Brake Through Media and www.theroaddiaries.com for the photos.