Specialized have updated their benchmark setting Roubaix endurance bike range for 2013 with the release of the Roubaix SL4. It was first spotted between the legs of Tom Boonen when he rode to victory in Paris-Roubaix. This is a bike that's all about performance and comfort and today at Eurobike was our first chance to get up close to it

The goal with the new Roubaix has been to tune the level of compliance the frame provides with the Zertz inserts, located in the fork and in the seat stays, and the layup of the carbon fibres, to give the new bike a sharper and more focused ride feel. They wanted it to have more in common with the outright race focused Tarmac while still offering the extra comfort that is the Roubaix's key feature. 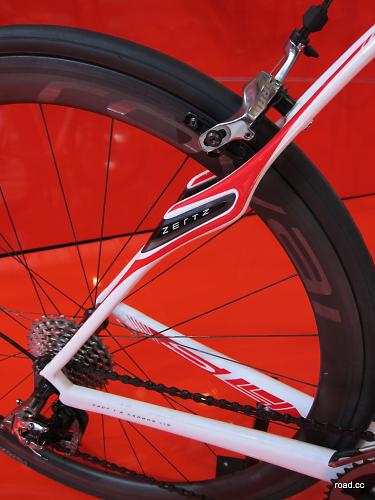 Steerer tubes are specific to frame size. Sizes 49-52cm use a straight 1.125in headset; 54-56cm get a tapered design with a 1.25in lower race and sizes above 58cm use the same 1.375in lower bearing from the previous SL3. This means Specialized had to design three new forks for the Roubaix, but they're confident of the advantage that the extra manufacturing is worth it. The Roubaix borrows some of the frame construction features from the racier Tarmac. The bottom bracket and asymmetric chain stays is a one-piece module. The seat stays are wider and straighter, which Specialized reckon makes for a stiffer frame, but without sacrificing too much of the comfort that is the bikes trademark. Most of the drivetrain and controls are from SRAM's top end Red groupset with the addition of an own brand Specialized chainset - which we'll take a wild stab and say is a one of FSA's vast range rebadged. 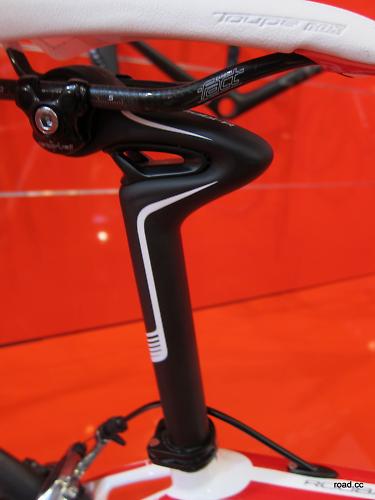 As well as Zertz inserts in the frame, there's the new Cobl Gobl-R seatpost. It's only available on the two S-Works bikes. Using a leaf spring design sandwiching a Zertz inserts it's said to double the compliance the bike offers. Only big hits will force it to flex which should hopefully mean you won't notice the saddle height difference during normal riding conditions. I'm very interested in trying it out.

And here is Tom's bike, as used to great success in Paris-Roubaix earlier this year (well, not his actual actual bike, but it's close enough) 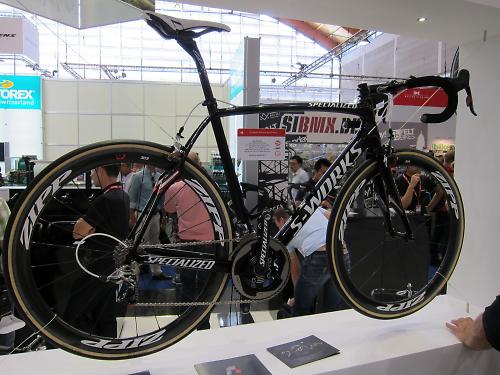 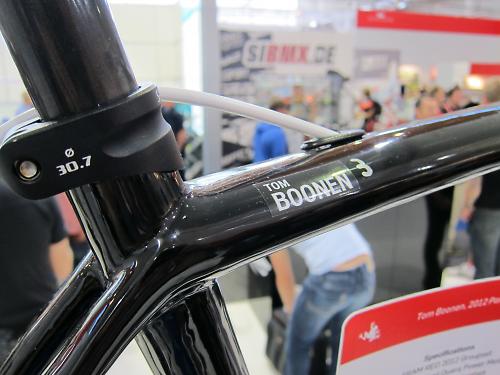 Last year Specialized entered the burgeoning road-bikes-with-disc-brake market with the Secteur Sport Disc - equipped with Shimano Sora and Avid BB5s, for 2013 they's significantly upgraded their road disc offering. Now it's the top model in the updated Secteur range that gets discs - the Secteur Elite with a better groupset and better disc brakes too.

Using an aluminium frame with a chunky carbon fork and Avid's BB7 mechanical disc brakes, the Secteur is a bike inspired by the Roubaix for the rider wanting a versatile, comfortable road bike and has a slightly more upright geometry than it's racier Allez stablemate. Comfort is taken care of by Zertz inserts in the FACT carbon fork - which features on all models in the range. For added versatility the fork also comes with fixing points for either mudguards or a low rider front frack - which should add to its appeal for distance riders and commuters.

No word yet on UK pricing, if the price is right we could see it being a big hit with people buying on the cycle to work scheme… but the presence of Shimano 105 suggests it might be priced above the £1000 limit, we'll find out. 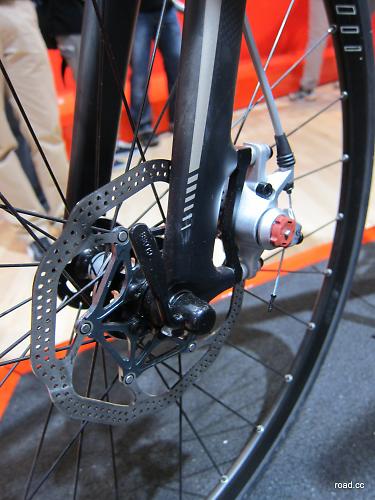