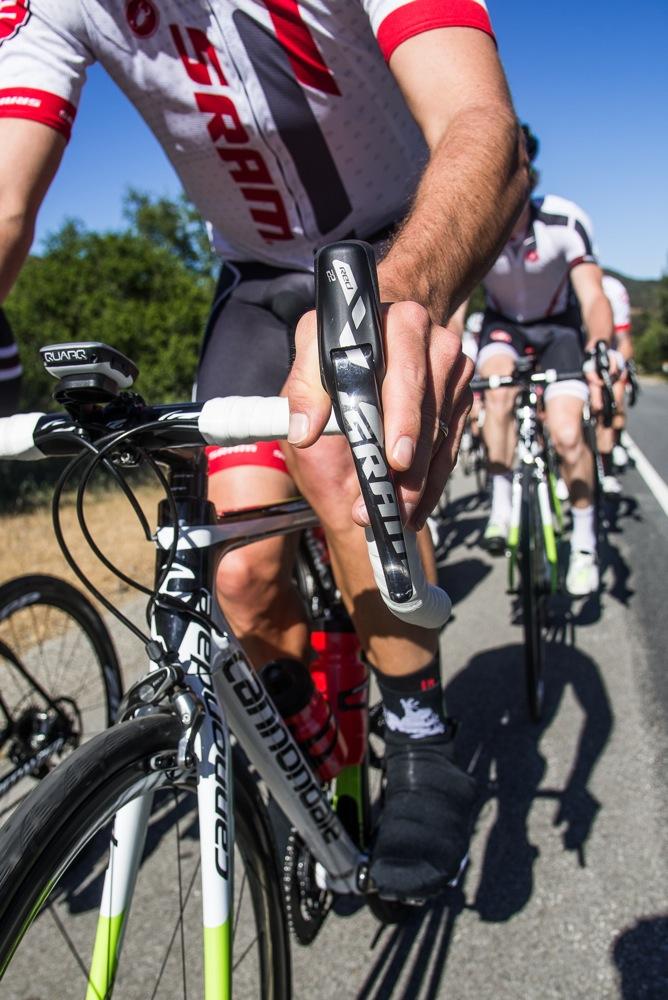 We try out SRAM’s new top-end groupset, including the hydraulic brakes
by Mat Brett

SRAM are releasing two new groupsets, Red 22 and Force 22, and we were lucky enough to be at the launch in California last week, doing four rides on bikes equipped with the new Red components. Here are our initial thoughts.

We’ll start with the new brakes… There are two new hydraulic brake systems available which SRAM couple together under the Hydro R name. They say:

“SRAM, long a leader in hydraulic braking technology with our Avid brand, has reset the vision for road bike braking for the coming decade. This is a revolutionary jump in power, control, and modulation. Like nearly every other high-speed conveyance, SRAM brings hydraulic technology to road cycling for multiple applications. Disc or rim brake, SRAM will stop what you’ve propelled faster.

“We’re intent on providing options for braking and, simply put, our road hydraulic systems will provide better control and performance in all conditions.”

The two options are:

1 Hydraulic Road Disc (HRD) brake
To use this system you need to use a disc-specific frame and fork and disc-equipped wheels.

2 Hydraulic Road Rim (HRR) brake
These are single-bolt mounted and can be fitted in the place of standard mechanical rim brakes.

The HRD brakes provide an exceptional amount of power, allowing you to brake considerably harder and later than with mechanical rim brakes without any fear of losing control. They really do make a significant difference to the way that you can ride. 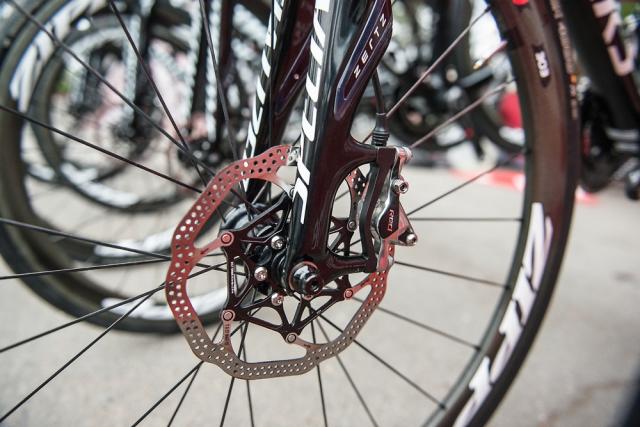 Riding fast descents, you soon learn what the brakes are capable of and find yourself leaving the deceleration until you’re almost into a bend, safe in the knowledge that a quick squeeze of the brake levers will take you down to the speed you’re after to get around.

You also find that your ‘just in case’ speed rises with these brakes. By that I mean that on every part of a descent you’ll have a speed where you feel safe – a point beyond which you won’t feel confident that your brakes will get you out of trouble. With these brakes, that speed is a touch higher than normal thanks to their greater capability. 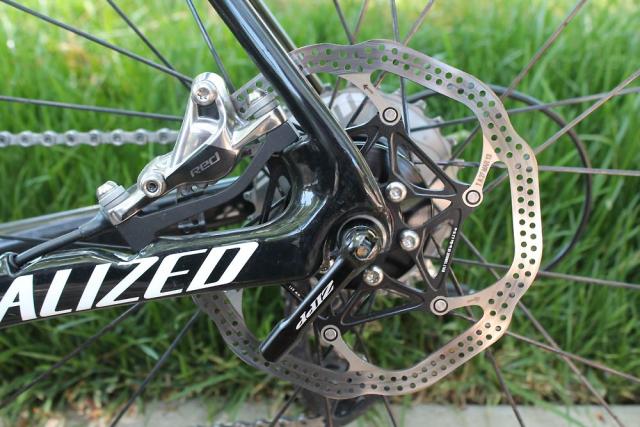 If you’re worried that all that power will be a liability if you brake too hard, don’t be. You get loads of modulation here and the braking power is far more linear than you get on most carbon rims, for example. There’s no snatching at all.

The effort required to apply the brakes is amazingly low. One trigger finger is all you need in any situation, even if you want to haul yourself down from 50mph to a complete stop as quickly as possible. SRAM have made the front end of the Hydro R lever about 1cm taller than on their standard lever in order to accommodate the brake’s master cylinder. This gives you a larger handhold than before if you want to sit with your forearms parallel to the ground and hold the nose of the lever in your fist. I found myself doing this on fast sections of rides and just using my little finger to do the braking at the top of the lever – it really is that easy. 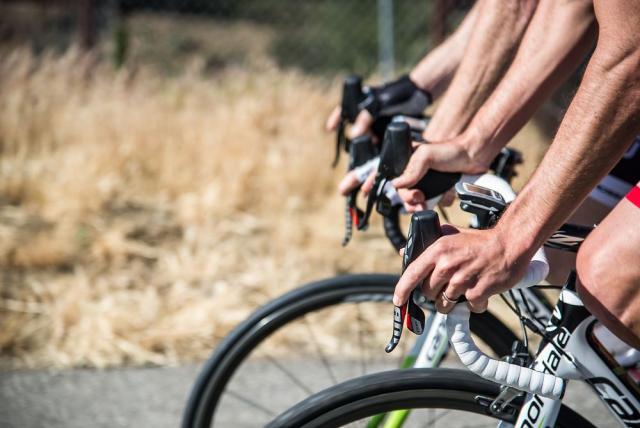 That extended nose aside, the Hydro R levers are ergonomically identical to the mechanical ones. The diameter of the lever body is the same, as is the reach to the levers – and that distance is adjustable on both the Hydro R and the mechanical versions.

Of course, one of the key benefits of disc brakes is their performance in wet conditions. Rim brake function can suffer badly on wet roads whereas SRAM claim that the HRD brakes are affected just 5-8%. The trouble is, it didn’t rain while we were in California – they don’t really do rain around Los Angeles – so we didn’t get the chance to check that out for ourselves.

I did find that my HRD brakes started to squeal a little towards the end of the longest descent that we rode, but that didn’t seem to be a problem across the board. No one else’s brakes joined in the singing so I’m inclined to think that was more to do with the setup than something intrinsic to the brakes themselves. I’ve just checked my Garmin and it was a six-mile descent – so not typical UK conditions. 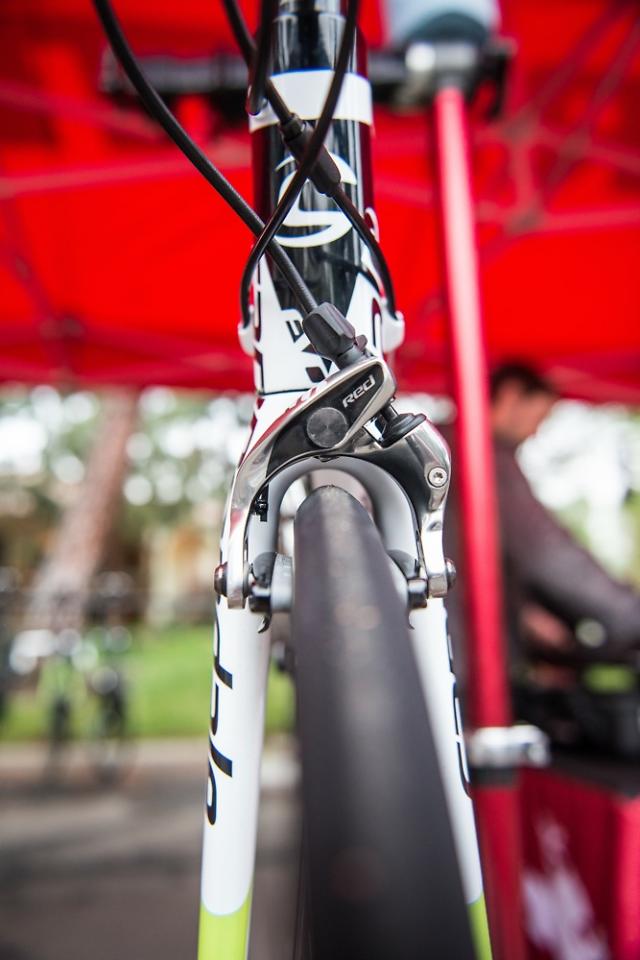 The simplest way to describe the HRR brakes – the hydraulic rim brakes – is that they’re similar but slightly less so. They’re considerably more powerful than SRAM’s cable-operated rim brakes but not as powerful as the HRD brakes. 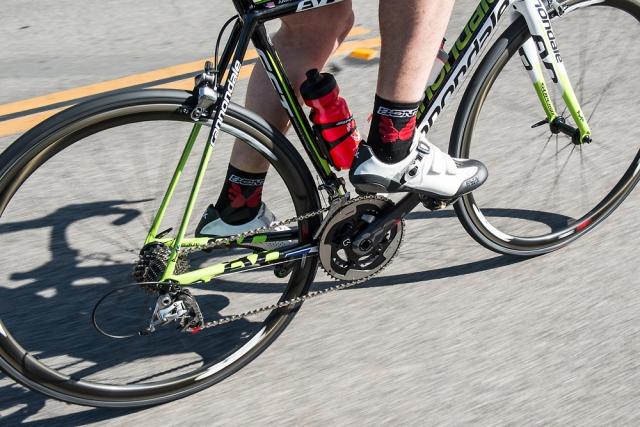 The HRR brakes are going to be more affected by wet conditions than the HRD brakes although, as I said, we didn’t get the chance to check that out because we had dry roads throughout our time on the press camp. 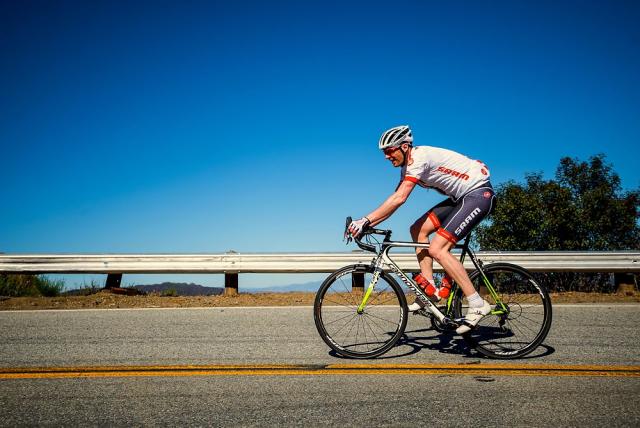 One of the key benefits of the HRR brakes is that they’ll fit on a standard road bike with standard wheels. They have a quick release for getting your wheel in and out, and you get a simple twisty adjuster that allows you to fine-tune the distance from the pads to the rim, so they’re very similar to cable-operated brakes but with an extra helping of power.

As for the rest of the Red 22 groupset, the major change is obviously the addition of that extra sprocket, taking you up to an 11-speed cassette. In order to do this, SRAM have had to redesign the chain and that has a knock-on effect right through the system. Both mechs, the chainset and the shifters have all been altered meaning that none of the Red 22 components are compatible with any of the existing 10-speed parts (although Red 22 and Force 22 components are interchangeable). In practice, though, the only thing you’ll notice is that you have 22 front: rear combinations rather than 20. Of course, there is gear size overlap/duplication, but SRAM call this ‘True 22’ because you can cross chain with their system – you can run the chain on the larger chainring and the largest sprocket, and the smaller chainring and the smallest sprocket. They don’t encourage this but it can be done, whereas Shimano and Campagnolo tell you specifically not to do this. 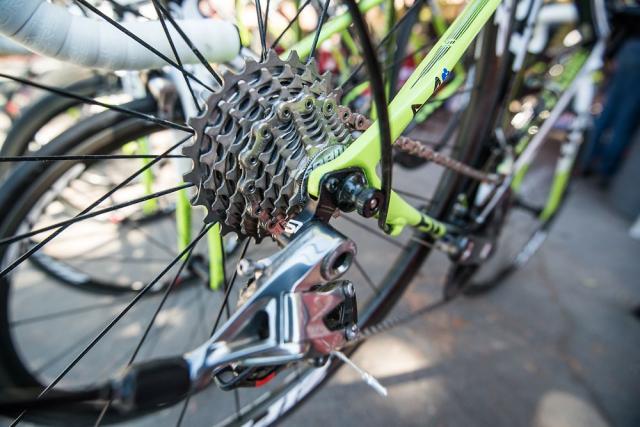 In most cases the extra sprocket is a 16-tooth one slap-bang in the middle of the cassette, so the sprocket sizes increase in size by one tooth at a time right up to 17T before the larger jumps begin.

In terms of shifting, Red 22 is as quick and accurate as existing Red both up and down the block, and moving between chainrings is just as simple. To me, it feels exactly the same as before, just with the addition of that extra sprocket. 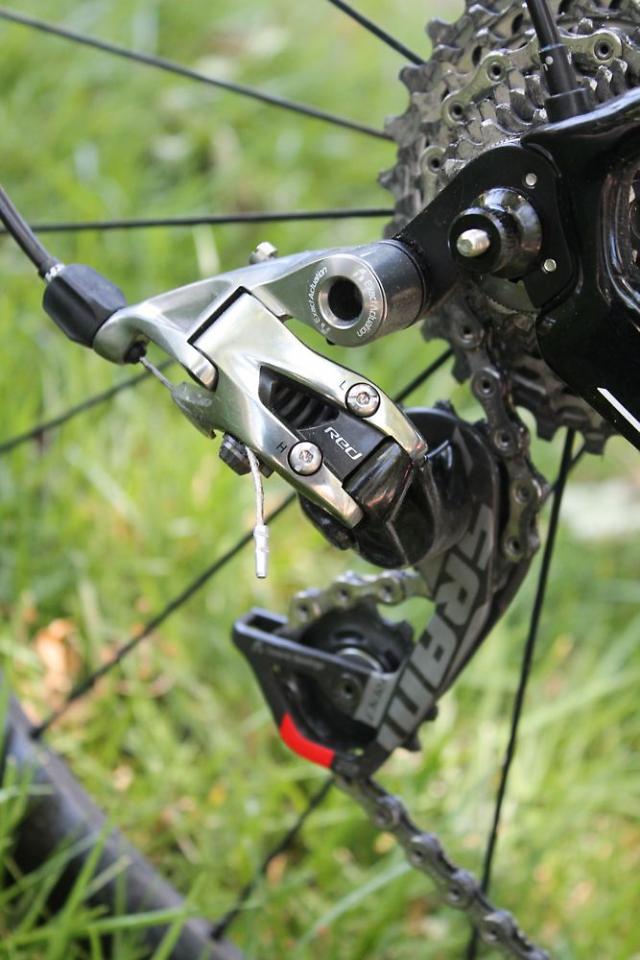 Moving from a 10-speed system to an 11-speed setup is only ever going to be a marginal benefit; it’s the hydraulic braking that’s the game changer here. SRAM’s new options really do make a big difference and they have the potential to influence the way that you ride. We’ll be really interested to see what effect they have on the market over the coming months and years.