This week's slice of cycling life features cyclists behaving badly, the 4 year olds with the maddest skills, and the 124kmph Brazilian rider...
by Sarah Barth

Join us to mull over this week's slice of cycling life as we catch up on some of the wackiest videos from around the world along with some of the news stories that got you clicking ove the last seven days. There’s big name trademark battles, cyclists behaving badly, some gorgeous new Castelli kit and the toddlers with the best BMX skills you’ve ever seen.


You say Alize I say Allez Specialized are at it again. the Hong Kong-based bicycles manufacturer NeilPryde says it is retiring the name of its Alizé bike and replacing it with Nazaré with immediate effect due to a copyright dispute with the litigious brand.

NeilPryde announced the news that it was changing the model's name on its website, under the headline Allez, allez Nazaré, leading many to assume that Specialized is the other party - later confirmed to road.cc.

Mike Pryde, the company's bike division manager, told us: "Specialized's legal representatives in various jurisdictions where they have trademarked 'Allez' wrote to us asking us to stop using the Alizé name as it was in their opinion 'confusingly similar'."

He went on: "NeilPryde never intended to use the name Alizé in order to confuse consumers. In fact, our customers are all well educated and are in our opinion, able to tell the difference between an aluminium bike sold and marketed by Specialized and that of a cutting edge BMW designed carbon fibre bike by NeilPryde under the name Alizé.

Remember four months ago, Specialized backed down in its dispute with Café Roubaix, with the brand's founder Mike Sinyard personally apologising to the store's owner, Dan Richter, for their threat of legal action to force him to have the café’s name changed. 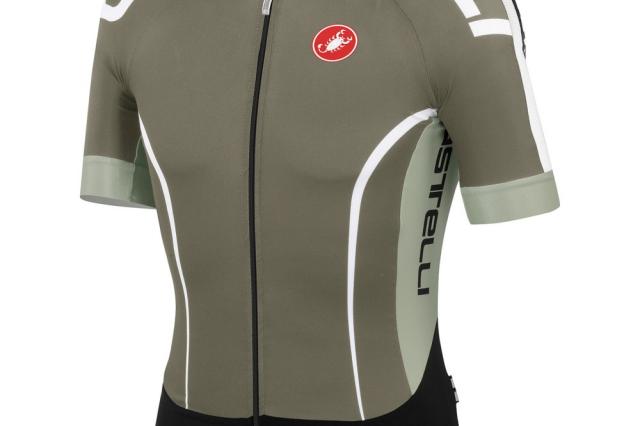 Castelli popped in on road.cc this week to drop off samples of theirspring/summer 2014 clothing , and we were particularly impressed with the Aero Race 5.0 Jersey (£100) that Castelli reckons is the fastest jersey in the world.

We also loved the Aero Speed Glove, which takes in a lot of the same tech as the jersey, as well as the Velocissimo Sanremo speedsuit, the Endurance bib shorts and the £70 Entrata jersey. Following the shocking news from the Tour of Flanders in which Garmin-Sharp rider Johan Vansummeren hit a 65-year-old female spectator at speed, we brought the development that judicial authorities in Belgium are investigating and both the rider and race organisers could face prosecution if investigators decide there is a case to answer.

The woman underwent two operations on her brain from the collision which happened as the peloton sped past a traffic island where she was standing, along with other spectators, around 60km into the 259km race on Stationsstraat in the town of Wielsbeke.

Vansummeren is believed to have seen the obstacle too late and apparently tried to bunnyhop it, but could not avoid hitting her.

Video footage shot by a fan across the road on a cameraphone and posted to YouTube showed her being knocked of her feet by the force of the impact, and it is understood that she hit her head on a kerbstone.

Cyclists behaving badly: including how not to take your jacket off while riding a bike Normally the News Roundup features at least one video of some pretty ropey driving. This week it’s the turn of the cyclists.

York Cyclists Episode 1, shot over a three week period was posted to Youtube on April 1st ago by a long time cycle commuter calling himself CarefulCyclist, and there’s some pretty careless riding on show. Danny MacAskill’s described them as "amazing.” He’s probably right to sit up and take note - by the way these 4 year old kids are going they might be challenging his stunt supremacy one day soon.

Twins Jake and Theo Riddle from Queenstown on New Zealand's South Island have their fair share of spills in this video posted to YouTube a couple of months ago, but their bike handling skills are indisputable. Plus they’re having a blast. The New Forest rows continue with news that the Forestry Commission has been out on patrol removing posters opposing the Wiggle New Forest Sportive rides this week.

The anonymous posters were placed in New Forest villages, apparently by a local person, to “warn that this event could put members of the public at risk”.

They went viral when the BBC Radio 2 presenter Jeremy Vine tweeted: “Thought you were cycling? Nope, you were committing an ‘abuse of local tranquility’” This rider from Brazil  left us openmouthed this weekend when he clocked up an astonishing 124 kilometres an hour while drafting a lorry – all filmed on a Go Pro camera that he attached to the back of the truck and retrieved after hitting that top speed.

Things get interesting at around about the halfway point when the road heads downhill, including some bunny hops at more than 100kph.

In response to comments about his apparent lack of regard for his own safety, one of his friends says: “It's not for everyone ... So if you’re risk conscious and value your safety, leave it to those who developed the technique. He knows the risks he’s taking.”