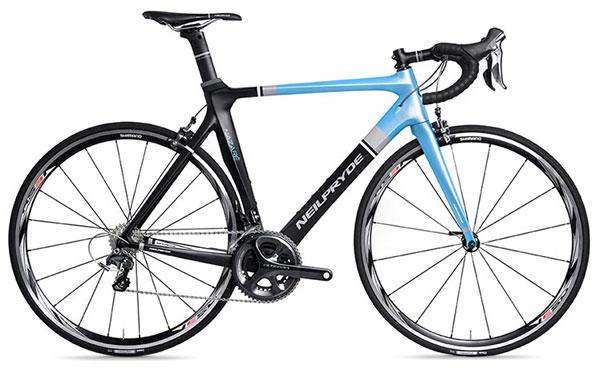 Specialized said name too similar to Allez; founder Mike Sinyard had said it would soften approach after Café Roubaix row
by Simon_MacMichael

Hong Kong-based watersports to bicycles brand NeilPryde says it is retiring the name of its Alizé bike and replacing it with Nazaré with immediate effect due to a copyright dispute with "a well known bike company" - confirmed to road.cc as Specialized.

NeilPryde had announced the news that it was changing the model's name on its website, under the headline Allez, allez Nazaré, leading many to assume that Specialized is the other party.

That was indeed the case, as Mike Pryde, the company's bike division manager, told us. He said: "Specialized's legal representatives in various jurisdictions where they have trademarked 'Allez' wrote to us asking us to stop using the Alizé name as it was in their opinion 'confusingly similar'."

He went on: "NeilPryde never intended to use the name Alizé in order to confuse consumers. In fact, our customers are all well educated and are in our opinion, able to tell the difference between an aluminium bike sold and marketed by Specialized and that of a cutting edge BMW designed carbon fibre bike by NeilPryde under the name Alizé.

"Especially since both Specialized and NeilPryde marks are clearly visible on the product and that Allez and Alizé have completely different meanings. "

road.cc reviewd the Neil Pryde Alize back in 2011 and the Specialized Allez Comp in 2012. Apart from the fact tht one is a carbon bike and the other aluminium the other, and related, major difference between the Alize and the Allez is their respective price tags. When we reviewed the Alize it cost £4099 while the Allez range currently starts at £600 and tops out at £1300. Last year Specialized produced a worldwide 200 limited edition run of the S-Works Allez selling for £6,500 in aluminium. 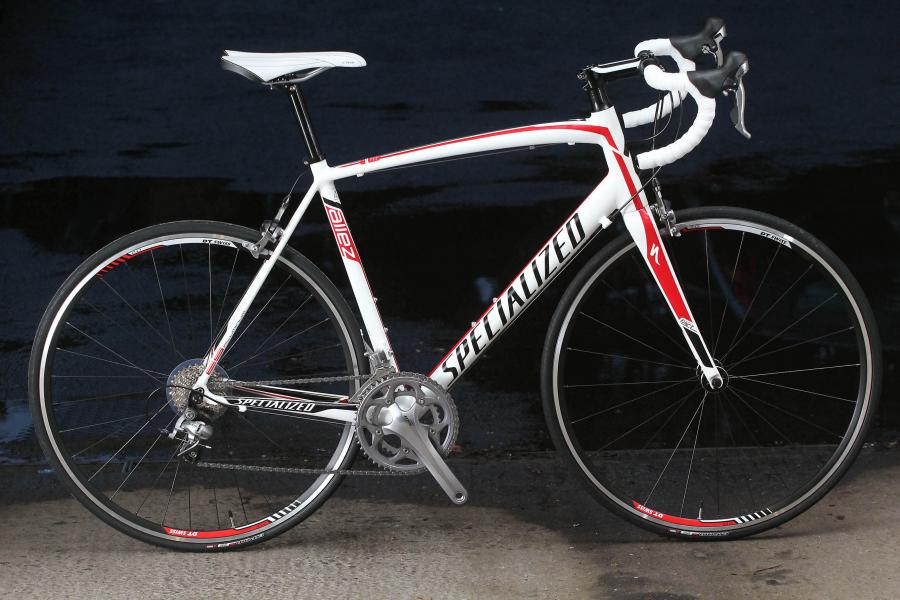 Specialized's base model Allez in it's various builds is Specialized's its biggest selling road bike, and the California-based brand has threatened legal action in the past against other businesses in the industry to protect what it sees as its trademark - including last year, the Alberta, Canada bike shop, Café Roubaix.

Less than four months ago, Specialized backed down in its dispute with Café Roubaix, with the brand's founder Mike Sinyard personally apologising to the store's owner, Dan Richter.

“I just want to say a big apology for this whole thing,” Sinyard told him in a video filmed during his visit to the shop in December.

“It got out of line and I completely take full responsibility for it. And most importantly, withdraw any claim and you can proceed as you like.”

In an open letter published shortly afterwards, Sinyard said that the company had been aggressively pursuing counterfeiters although he acknowledged that Café Roubaix, which has its own branded line of wheels, wasn't one.

He also confirmed that a separate action against clothing firm Epix Gear had been brought to an end.

"I realise now that we went too far with this aggressive approach and as a result and in some cases we hurt the local bikes shops and small businesses we wanted to protect," he said.

He also promised: "We’re going to take a much closer look at all pending and future intellectual property and trademark issues, making sure to only pursue those that present a clear and obvious danger.”

Referring to its complaint over the use of the Alizé name, Pryde told us: "This happened during the Cafe Roubaix affair. The founder of Neil Pryde Limited, Mr. Neil Pryde who knows Mike Sinyard reached out to him via email in order to find an amicable solution, but we never received a response."

He added: "NeilPryde are fully focused on developing awesome products and we did not want this to become a distraction. Therefore to avoid a protracted and costly legal battle, we decided to change the name to Nazaré."

A number of Facebook users who correctly assumed that Specialized was the other company involved posted messages over the weekend on its page on the social network to protest.

One, Nick Pelckmans, said: "Maybe you can contact the French government and ask them to change the conjugation of the verb aller as it seems allez is 'owned' by you. Never again a specialized for me!"

One distinguishing factor in the Café Roubaix case is perhaps that Fuji owner ASI, which licences the Roubaix name to Specialized in the US, said that the brand had no right to register the trademark in Canada - since Fuji had already done so itself - and therefore no power to threaten legal action.

Effective immediately we are retiring our ALIZE bike name and replacing it with NAZARÉ. This is just a name change – your beloved bike will remain exactly the same.

This change comes at the behest of a well known bike company. According to their lawyers the ALIZE name was too close to one of their trademarked bike names and, as such, we need to stop using it.

We didn't really see it the same way. Both the spelling and meaning are completely different. All our names come from winds (or other water sports references) which is in our heritage. ALIZE is a north-easterly wind found in central Africa and the Caribbean. Any similarity with the name in question, however questionable, was purely coincidental. We are proud of our bikes and our heritage and wouldn't swap it for anyone's.

In the end, after months of arguing with lawyers, we were forced to change the name to avoid a protracted and potentially costly legal battle. We prefer to focus on designing great bikes than communicating with lawyers. As such, all ALIZE bikes produced from this spring will carry the name NAZARÉ.

Nazaré is a town and a well known big wave surfing spot on the coast of Portugal. It's fast, powerful and impressive – just like NAZARÉ.

We hope that you forgive us for this disruption.