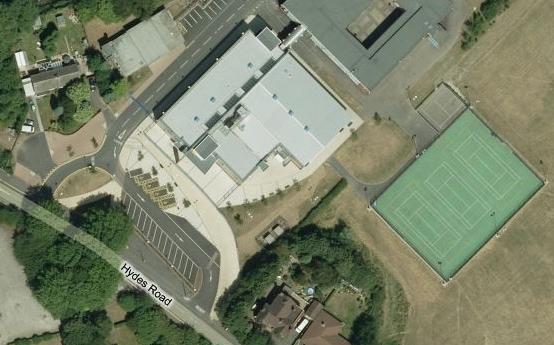 A West Midlands school has banned children from taking their bicycles onto its grounds due to health and safety fears in a decision that flies in the face of government efforts to get more children cycling.

According to the Daily Mail, Wodensborough Community Technology College in Wednesbury, which lies between Birmingham and Wolverhampton, says that with up to 100 cars and other vehicles arriving through the school gates each day, it is simply too dangerous to allow its 1,000 pupils to use their bikes on site.

Instead, children have to leave their bicycles outside the school grounds, and as a result a number have been stolen, leading parents to fear that their kids will give up cycling.

Talking to the paper, mother-of-three Sarah Braznell, whose 12-year-old son Joe goes to the school, expressed concerns that he would miss out on the exercise he got through cycling, saying: “‘It’s a half-hour return trip to school and back from our house, which really helped to keep Joe fit. But his bike was stolen because the school refuses to let children bring them on site. We bought him a new one but it’s too much of a risk so he misses out on the exercise.”

She added, “The school says it’s dangerous for cyclists in the grounds but by the time they get there they’ve already travelled along roads without a problem. It’s a disgrace.”

The school's headmaster, Ken Ellis, told the Daily Mail: “Reluctantly, on the grounds of health and safety, we have asked students not to bring cycles into school. At the moment, we have one relatively narrow drive into school and several times a day 1,000 students and more than 100 cars, minibuses and taxis use this.”

The newspaper added that the school, which has no parking facilities for bikes – not a problem shared by staff driving their cars there if this aerial view from Multimap is anything to go by – had suggested that children leave their bicycles at the houses of relatives or friends who live close by.

Local councilor Mavis Hughes called the school’s decision “ludicrous,” adding: “It contradicts everything we are for, and it’s health and safety gone too far. Cycling to school is the only exercise some of these children get. Banning them from bringing bikes into school will discourage them from cycling in the first place.”

Debra Rolfe, campaigns co-ordinator for cycling organisation CTC, which in September published a Right to Ride to School leaflet, said that while legally the school had the right to stop children onto its grounds, it should instead be providing training to help children negotiate traffic safely.

“Schools are not legally allowed to ban cycling outright. Nor are they responsible for the independent travel of pupils to and from school. However they can ban pupils from bringing bikes onto their property, as in this case.”

She added: “If the head is worried about his pupils’ safety, he should provide Bikeability training. That way the schoolchildren can learn to cycle safely and confidently on the roads. Banning bikes from school just increases the problem of traffic outside the school.”

As reported on road.cc earlier this week, schools in England’s first six Cycling Demonstration Towns that have provided cycle training to their pupils have seen a huge increase in the proportion of children arriving there by bicycle at least a couple of times a week.

The Wednesbury ban echoes the case of Sam O’Shea from Portsmouth, who was told last year that he couldn’t come to school on his bike. Although the school finally relented and said that it would review the decision, that came too late for Sam, who had already moved on to secondary school.