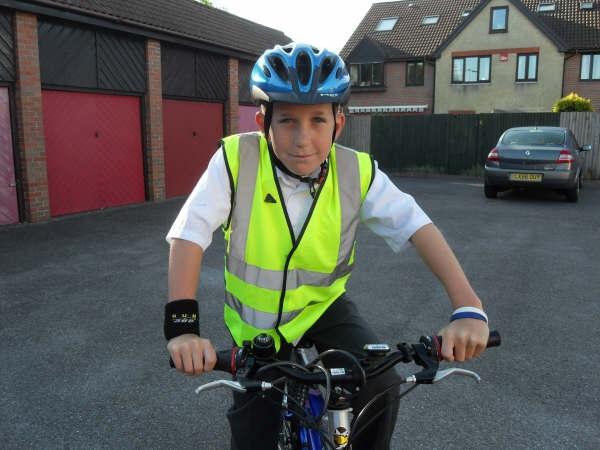 Children should have the right to ride to school say CTC

New leaflet advising parents how to lobby
by Kevin Emery

With the majority of pupils in the UK back at school this week after their summer holidays, the days of cycling the short journey could be over. That is the warning from cycle campaigners, as more and more children face active official discouragement and bans against cycling to and from school.

Just a small minority of pupils travelled to school by bicycle this week, with most getting to class in cars, on buses or on foot, and the CTC say that they are prevented from cycling into school because their parents would rather drive them, their school actively discourages it, they do not have facilities available to store their bike or, quite simply, they don’t know how.

In response to these concerns the CTC has produced a Right to Ride to School leaflet, which will be available by the end of the week, noting that schools cannot issue outright cycling bans and advising parents how to lobby.

The CTC say that it is especially frustrating when children who have received Bikeability cycle training and whose parents are supportive of cycling are unable to cycle because their schools forbid them from bringing their bikes onto school grounds or just forbid them outright.

Regular road.cc readers will remember the issue coming to a head earlier this year when 11-year-old Sam O’Shea was banned from riding to his school in Portsmouth, with staff at St Paul’s Primary School citing a lack of storage space and dangerous roads around the school as the reason for their stance, even though Sam’s mother, Angela, spent months arguing that Sam's one-mile journey, almost all on cycle paths, was safe, a view supported by an official risk assessment.

Sam and his family enlisted the help of the CTC which asked to meet with the headteacher and bored of governors to explain the risks and benefits of cycling. And it was this case that proved the catalyst for the Right to Ride to School leaflet.

Debra Rolfe from the CTC explained: “Angela originally got in touch with us in December last year about the problem, but then when she got back in touch in June we were blown away that nothing had been done and she was still campaigning. We wanted to find out if it happening in other schools, and we got lots of replies.

"It's very hard to say exactly how big a problem this is. We often get contacted by parents raising this as an issue, but they don't want to make too much of a fuss because their children aren't keen on standing out."

The issue appears to be most frequent in primary schools, some of which refuse outright to allow pupils to travel by bike even though most generally live within a radius of a mile or so.

A spokesperson for the Department for Children, Schools and Families (DCSF) said: “We are committed to working with local authorities, schools, parents and children to promote the benefits of sustainable travel, and also to ensure that the infrastructure, education and training is in place to support them in their travel choices.

"The joint DCSF and Department for Transport (DfT) Travelling to School Initiative sets out a series of measures to support local authorities and schools to encourage more children to walk, cycle or take the bus to school. The core of the programme is helping schools develop travel plans identifying what can be done in each school, for each pupil, to support sustainable travel. As at March 2008, 17,392 schools (69 per cent) have an approved travel plan and we want all schools in England to have a travel plan in place by 2010.”

The DCSF and DfT are providing £7.5 million a year to fund a network of school travel plan advisers in local authorities to assist local authorities and schools developing and implementing School Travel Plans.

And in 2003 the DCSF and DfT jointly published Travelling to School: an Action Plan, which sets out a series of measures for schools, local authorities and central government to take in order to promote healthier and more sustainable travel options on the home to school journey.