A brief history of motor doping in cycling, from the pro peloton to amateur hill climbs

Earlier this week a pensioner clocked an impressive time at a hill climb in France... only to be caught with a hidden motor in his hub
by Dan Alexander

Ah, motor doping. Cycling's most 21st century form of cheating was back in the spotlight this week after a 73-year-old president of a cycling club was erased from the results sheet at a local French hill climb after he was found to be riding a bike with a hidden motor during his surprisingly speedy ascent.

Mechanical doping, motor doping — whatever you want to call it is, of course, nothing new, with whispers dating back to the noughties of pro riders finding not-so-legal ways to make their machines faster.

> Mechanical doping: All you need to know about concealed motors

The advance of e-bike technology has only heightened suspicion and the UCI now regularly tests for hidden motors alongside tests for more conventional, pharmaceutical, forms of cheating.

But what's the story and who's been caught?

Former Belgian cyclocross rider Femke Van den Driessche remains the biggest name, and only top-tier professional, to be caught mechanically doping. In 2016, the UCI banned her for six years and handed out a 20,000 Swiss Francs fine following the discovery of a concealed motor in a bike prepared for her at the World Championships in Zolder.

The UCI confirmed the motor concerned was a Vivax, operated by a Bluetooth switch concealed under the bar tape, detected using magnetic resonance testing technology deployed for the first time that year.

Van den Driessche claimed the bike was a friend's and had been prepared for her in error, but ultimately chose not to defend herself at the subsequent disciplinary hearing and was stripped of her U23 national and European titles.

No other top-level rider may have been caught, but that hasn't stopped the whispers, gossip and accusations wildly spreading over the internet, a sure-fire social media favourite every time there is a crash and a rider's rear wheel keeps spinning...

> Fresh 'motor doping' claims surround Ryder Hesjedal at the Vuelta — does he have an engine tucked into his bike frame? Clue: no.

At the 2014 Vuelta it was Ryder Hesjedal on the receiving end. The Canadian laughed of the accusations as "ridiculous", while our video editor Liam explained why the 2012 Giro winner is almost certainly right. In short, don't spout online every time you see a crashed rider's wheel spinning.

But it wouldn't be a 'motor doping conspiracy' without a mention of Spartacus himself — Fabian Cancellara. Are there any cold, hard facts behind accusations the Swiss powerhouse used a motor to propel his legendary attacks? Absolutely not. Has that stopped some, including ex-pro Phil Gaimon, accusing him? You bet it hasn't...

Cancellara has always strenuously denied the accusations, notably from some sections of the Belgian cycling community after his famous Tom Boonen-toppling attack on the Muur at Flanders in 2010, but as we said, there is no evidence, just internet whispers.

But what about in the little leagues?

There are far more cases when we drop down a few rungs of the cycling ladder as unsurprisingly the lack of official UCI checks, and absence of attention from worldwide media and fans enables a minority of nefarious-minded riders to cheat, meaning every so often we're blessed with an amateur motor doping tale.

Most recently was this week's hill climb case in the Ardèche where a 73-year-old finished in 16th place, an impressive three minutes down on the fastest time over the 10km course, only for officials to find a hidden motor in his bike's hub.

Also in France, in 2018, a Cat-3 racer was slapped with a five-year ban after being found to have a hidden motor at the Grand Prix de Saint-Michel-de-Double. Over the border, in Italy, a year later two amateur riders fled a gran fondo before Carabinieri officers arrived. They'd been accused by other participants and refused to have their bikes checked by event officials.

It's not just the pros who get accused either. The winner of the iconic 2022 Maratona dles Dolomites, Stefano Stangi, came out with a statement saying he is not "a fool to cheat on live TV" and Italy is "a country of envious people" after being accused of using a motor to win the mountainous event in July. 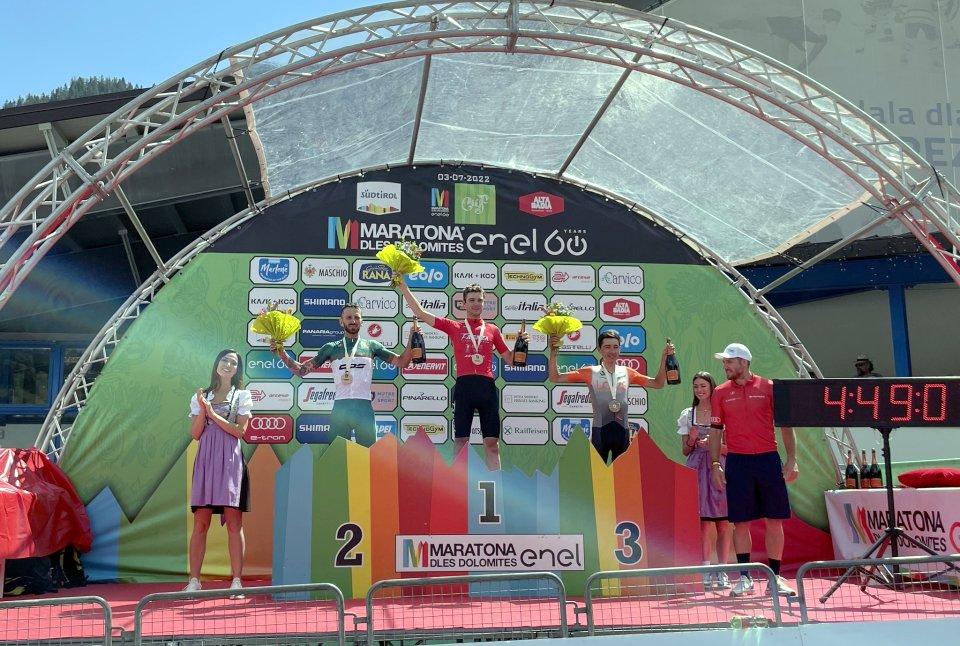 While there is yet to be a high-profile case in the UK, in 2016 a to-the-point website called Doped Bikes launched purporting to sell motors specifically designed to be hidden within bikes during races... only to later reveal it was, in fact, a ‘honeypot’ operation aimed at finding out who was prepared to cheat.

> People behind motor doping website reveal it was a honeypot operation

Founders Moreno Grazioli and Roberto Bassi said they were part of a "group of concerned racers and industry insiders" who wanted to "find out who was prepared to cheat our sport".

The pair alleged they had been contacted by an unnamed "UK team boss". No further detail was ever given.

So that's that, a brief look at motor doping in the sport we love. Until the next 'mysteriously' spinning wheel or grassroots accusation...