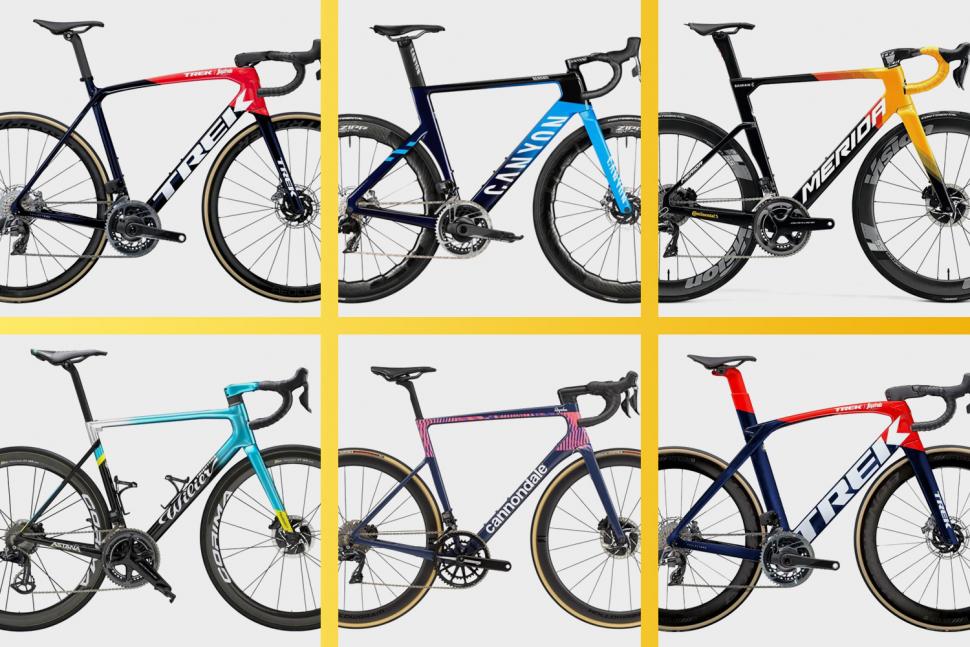 7 Tour de France bikes you can buy yourself

Updated with the BMC TeamMachine SLR01: The Tour de France is well underway and here are some of the team bikes that you can buy yourself – as long as you’re willing and able to spare 10 grand on a team replica machine.

Take a look at our Tour de France 2021 preview

Brands often sell more affordable versions of bikes that sponsored teams ride, with spec downgrades to make price points, but that's not what we're covering here. No, these bikes are either virtually identical to those ridden in the Tour or ones with just a few differences. Essentially, they're of a similar level.

Sometimes there will differences in components. A race team might have a deal with a certain wheel brand, for example, while the bike brand has commercial reasons for speccing product from a different company.

We’ve stuck with bikes that are finished in team livery or at least the same colours used by the relevant team rather than including models in standard finishes that just happen to be ridden by pro teams. If team colours don’t interest you, the framesets come in other finishes too.

Every frameset that you see in the Tour de France is commercially available and, for all bar one, we’ve included a link to where we’ve found it currently in stock (at the time of writing). Even if a bike brand doesn't offer a complete bike built up with the same components used by a particular team, you could put together a copy of anything ridden by the pros if you have the funds.

Here are bikes you can get your hands on that are the closest to the bikes ridden by the pros at the Tour de France.

You can find our full round-up of 2021 race bikes that’ll be making an appearance at the Tour de France over here. 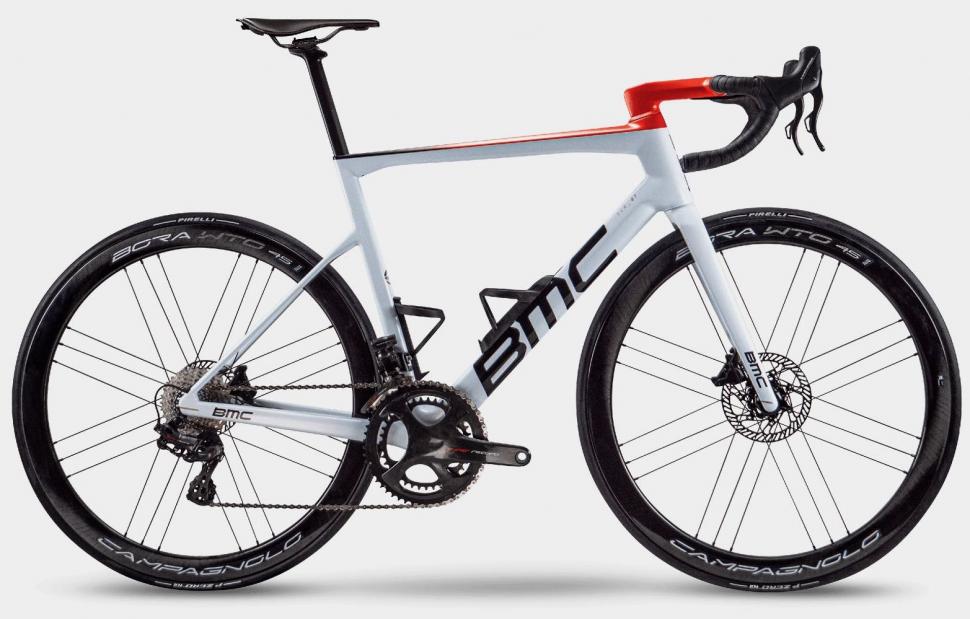 The TeamMachine SLR01 is the bike AG2R’s Ben O’Connor took an impressive victory abroad on Stage 9 at Tignes.

Updated for 2021, it’s disc-brake only, lighter than previously (820g for 54cm frame) and more aero than before claims BMC – 6% more efficient at 45km/h (28mph). The head tube and down tube are the same width as the previous iteration but they’re now deeper while the fork blades deeper too, but also slimmed down.

AG2R Citroen uses Campagnolo’s Super Record EPS groupset as well as wheels from the Italian brand. Team rider Ben O’Connor rolled to victory on 35mm deep Bora Ones in the mountains rather than the recently released 45mm Campag Bora Ultra WTOs that are fitted to the Team Replica model. The Emonda and Madone use the same 800 Series OCLV carbon frame material and are available in a Trek-Segafredo navy and red finish. They come kitted out with SRAM’s RED eTap AXS 12-speed groupset, power meter included. 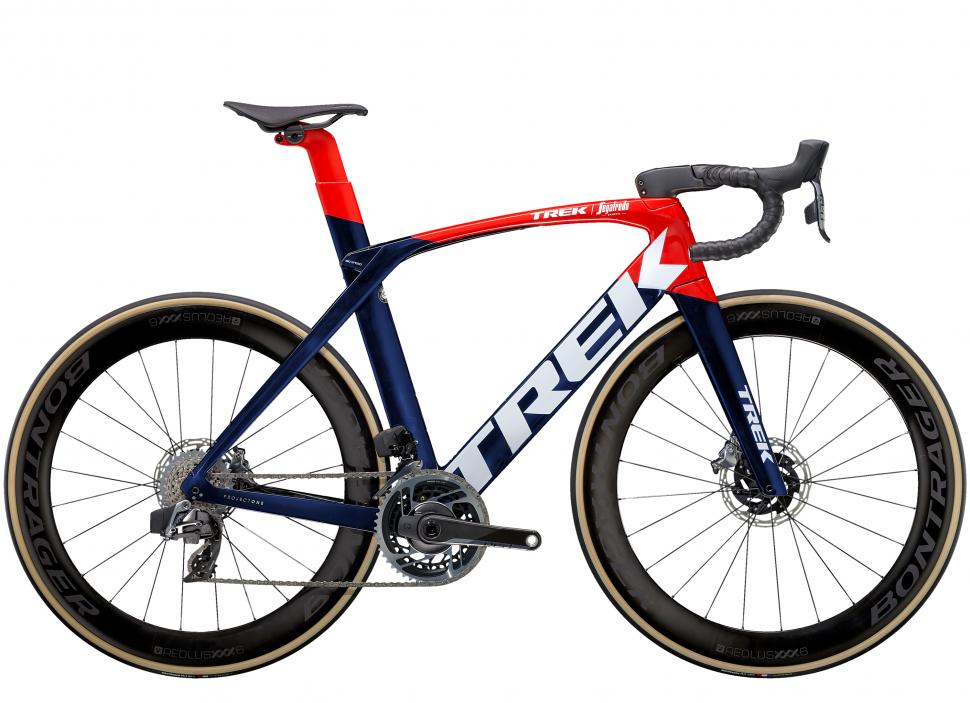 The only real differences from the models the pros ride are the tyres. The models on general sale are specced with Bontrager’s R4 320 25mm clincher tyres, while the pro riders will be rolling on Pirelli’s PZero Tubular and PZero TLR tyres, and the relevant wheels.

Read our review of the Trek Madone SLR 9 Disc 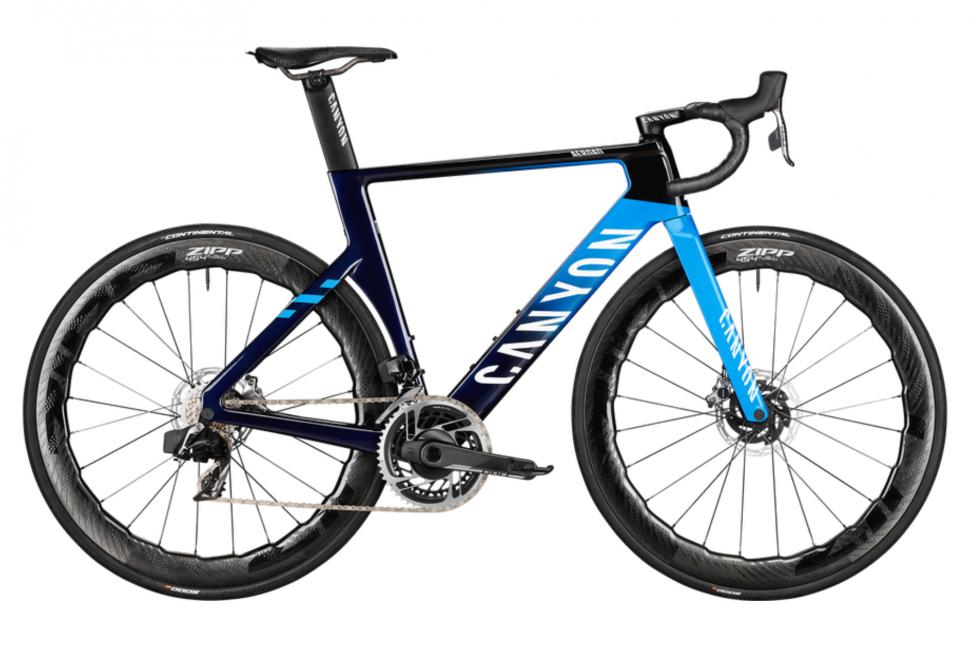 The Movistar Replica Aeroad CFR bike is not quite available right now, it's actually coming in autumn 2021 for customers (Canyon has been working on fixes for seatpost and aero cockpit issues).

The Replica has a SRAM RED eTap AXS disc groupset with integrated power meter and rolls on Continental GP 5000s wrapped around Zipp 454 NSW DB wheels. This is very similar to the team version, it’s just that the pros ride tubulars. Wilier’s Zero SLR disc bike for the big mountain days is available in the team colours of light blue and yellow, with the top-end Shimano Dura-Ace Di2 groupset.

Wilier‘s SLR 38KC carbon wheels are specced instead of Corima’s 47WS Black that the team will be racing on. 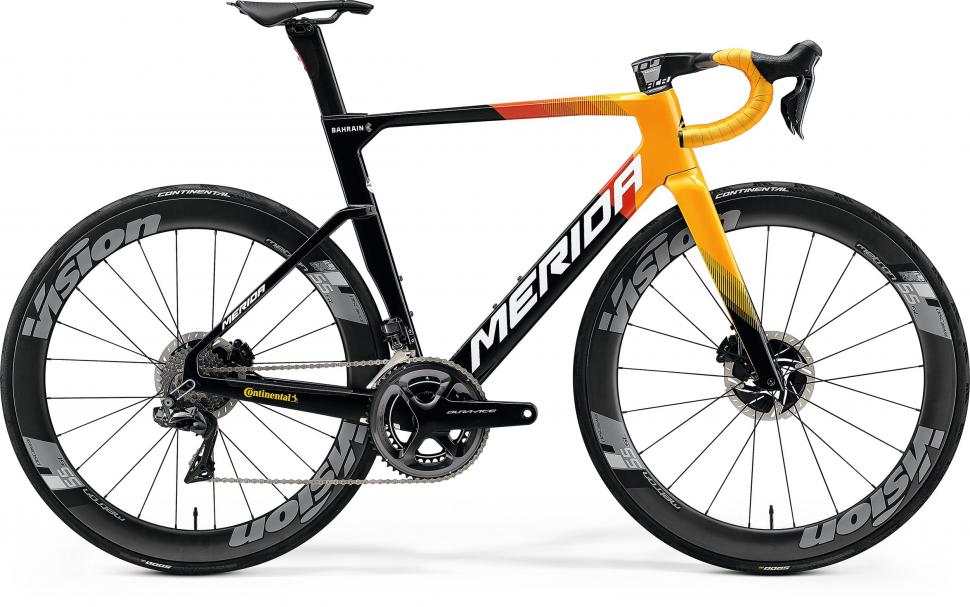 The only difference between the test bike we reviewed (and the one you can buy) and the one the pros use is the Vision Metron 55 wheelset: Bahrain Victorious use the version for tubular tyres. 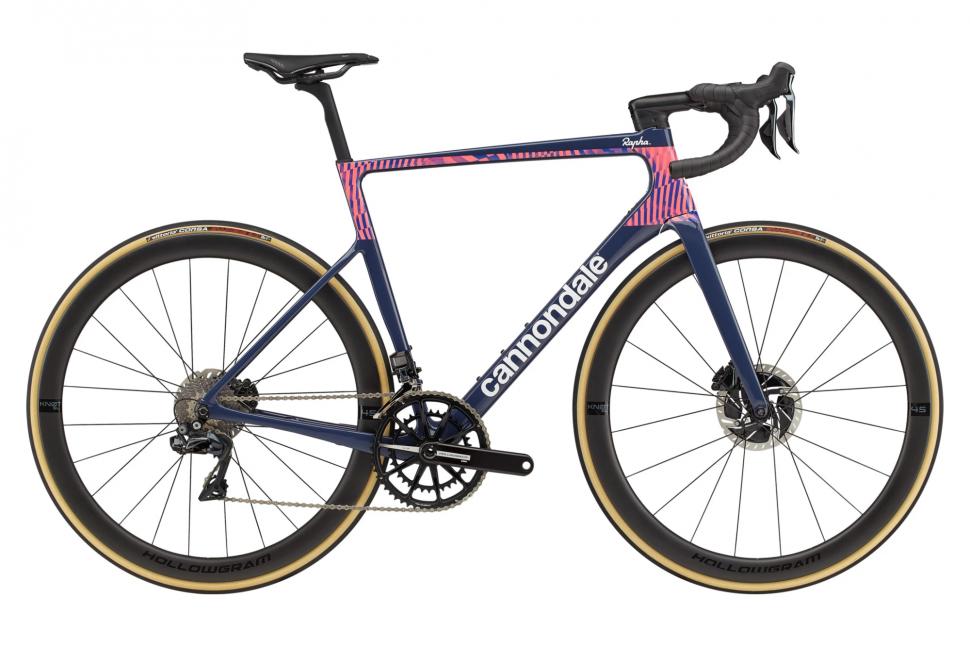 Cannondale’s HollowGram 45 SL wheels and HollowGram Save SystemBar are specced, though, instead of Vision’s Metron 5D integrated aero bars and wheels.