LewesWanderersReliabilityTrial
VecchioJo doesn't do a sportive and has a great time.

E-mail from friend, usual suspects in the cc. Want to do this? Pedal to the Lewes Wanderers Reliability Ride that starts about 25 miles away, do that, ride home, stop for some cake somewhere in the middle, should be about 80 miles all in all.

Sounds just like a Sunday ride then, but a little bit different, a good day out.

A Reliability Trial is very much like a sportive, but predates them by about a century and doesn’t have the direction arrows, or the expense. They’re not races, which sportives can turn into if you’re too scared to enter an actual race and want to willy-wave your time during the Monday office kitchen coffee-break, but long distance rides that concentrate on fitness, self-reliance and the ability to read a map. A bit like an Audax then, but with less beards, maybe. There are no trade stands at the start selling spares and gels, there’s no mechanic to make your bike roadworthy before you set off and no sag wagon to climb in the back of if you get a bit weary or it starts to rain. The clue’s in the name, reliability. 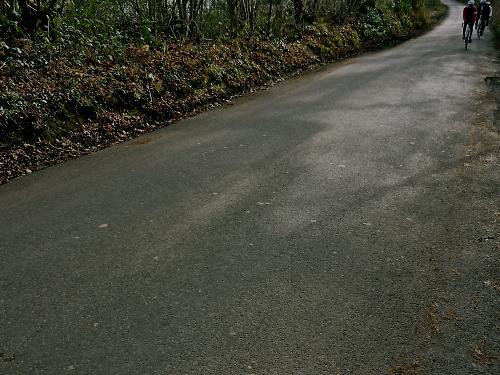 Rather than try to get round as fast as possible, to beat some personal best, or bragging rights, at a Reliability Trial a rider chooses what time they reckon they can complete the distance in and it’s up to them to maintain the average speed required to do that whilst navigating by following the route card. They can have as many wee and tea stops, getting lost moments and mechanicals as they like, they just have to be back in their chosen time, and can be chastised just as much for finishing too early as late.

The one we’re doing today is a mere 45 miles so we opt for the 3 hour option which leaves us an average of 15mph to manage, which should be easily doable what with the usual chatting and faffing that gets done. Sign in, pay some loose change, oh yeah, to enter this event costs a full £3 if you can be bothered to enter beforehand. But that requires the old fashioned notion of sending a cheque to the organiser, and the tangible commitment of actually signing your name to the event and posting your intent that brings with it, rather than the easy anonymous slapdash easy-enter easy-bail one-click on-line entry. Even look-at-the-fair-weather cyclists are only charged a fiver on the day. So we pay our £5, pick up the map and printed directions, even if some of our group have downloaded the route onto their GPS it’s good to keep it traditional, help ourselves to a cup of tea and a banana and get shooed out the door so we meet our designated departure time. 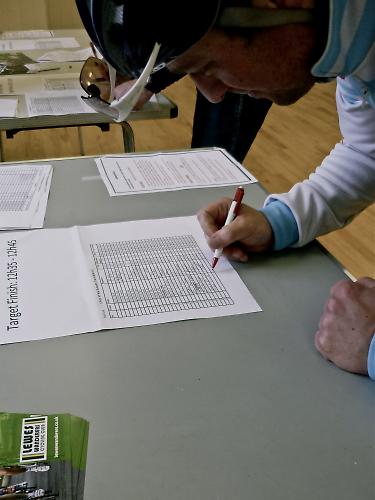 We instantly become unreliable when after exactly 472 feet the one rider in our group who doesn’t have a map or GPS shoots up the main road perfectly missing the right-hand turn we have to take. Good start. A few minutes are wasted while we retrieve him and point him back on track and it takes us less than a mile to realize that we’re not on a sportive as the roads are totally devoid of a seething meandering migration of mamils. Wonderful. We pass and are overtaken by a few wheels along the way but no more or no less than if you were just riding your bike around these lanes on any Sunday.

About halfway round we turn into a checkpoint manned by a couple from the hosting cycle club, their large camper-van and a pair of trestle-tables holding cake. They take our personal orders for teas and coffees while we wonder how much of the home-made cake we can snarf, it’s chatty and relaxed, a far cry from the scrum for the left-overs of half-bananas and out-of-date energy bars of most sportives. 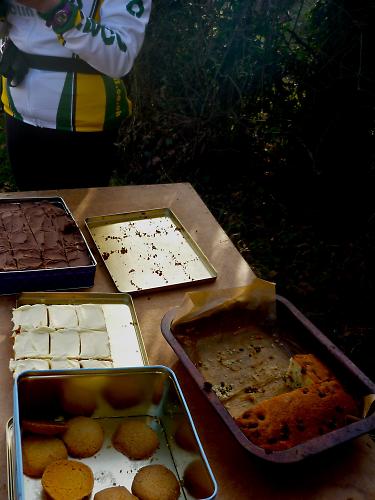 We have been dawdling a bit so with eyes on computers and a wind on our backs for the final stretch we try to make up time but still roll into the finish late and get cheerfully told off as our names are ticked off the clipboard, we clearly haven’t got the hang of this. Leaning our bikes alongside a reassuring mix of full-on race Cervelos and old Italian steel bikes with racks and down-tube shifters we totter into the warmth of the Village Hall to look for some sustenance to see us over the last leg of our day. We’re not to be disappointed, a glut of hand-made cakes and flapjacks, plates of toasted tea-takes and lots of tea are supplied. There’s a “Donations Welcome” bowl by the side that riders have filled with enough money to show that their conscience is probably bigger than their bellies. 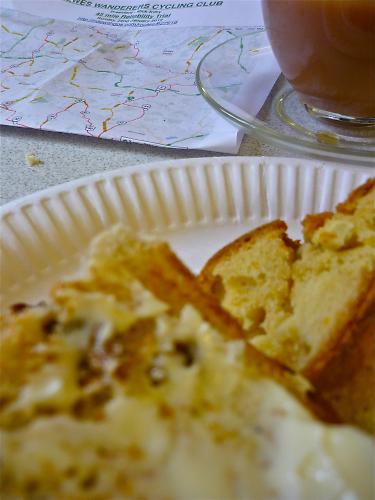 Suitably filled we head off again, back into the wind that’s been bothersome all day and strike for home, some taking the long way to make it a conveniently round number of miles and some of the money saved on not doing a Sportive is spent on some beer as a reward and a toast to a great day out.