Rebirth of The Teenage Dream 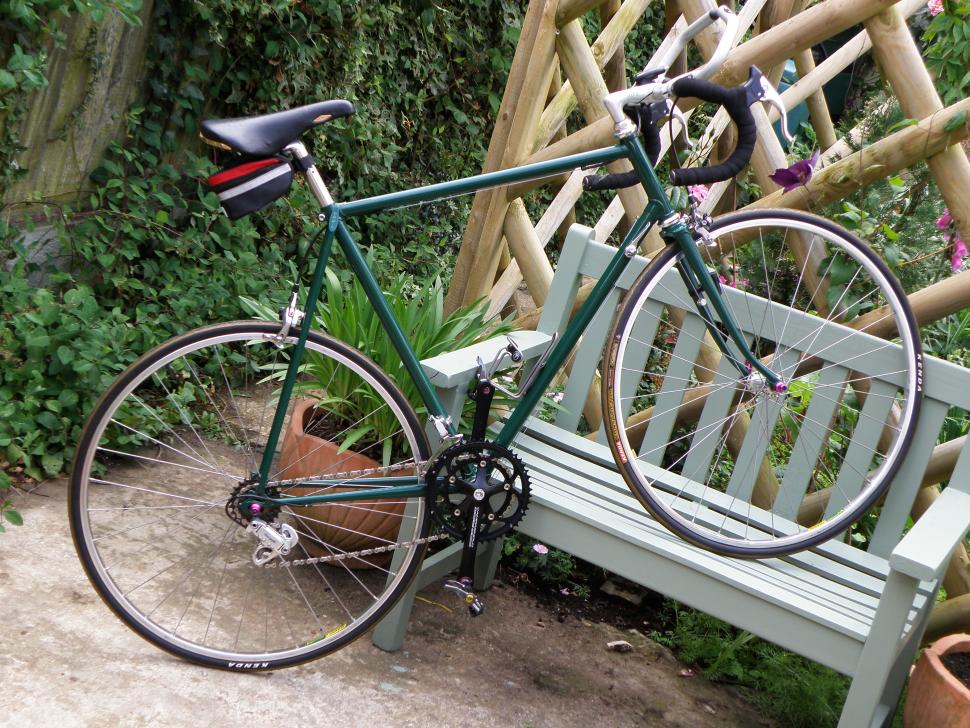 After a few angst ridden moments and a couple of deviations from the script, the Teenage dream is finally ready for the road. Older machines and frames in particular, no matter how well loved can spring surprises. At Justin’s Burl’s Harwich workshop last Friday, the tension mounted as my chosen headset crown race proved too sloppy around the crown which had been subject to some minor wear over the years.

This left three possible solutions (a) build up the affected area by melting and forming brass (b) Replace the fork or try the other headset I had brought along as a contingency. Much as 531c remains nice, benchmark tubing, replacing the fork with a budget carbon offering makes greater economic sense in the longer run. Mercifully in the shorter term fate smiled kindly and the arguably nicer alloy unit fitted without recourse to cutting steerers, Justin executing the task with his usual precision.

Next it was the turn of the seat-tube. The late 1980s and early 90s saw many manufacturers try to undercut each other, frequently offering complete bikes with high end framesets for little more than the groupset’s asking price. Unsurprisingly, corners were cut and badly reamed seat-tubes often came as standard. 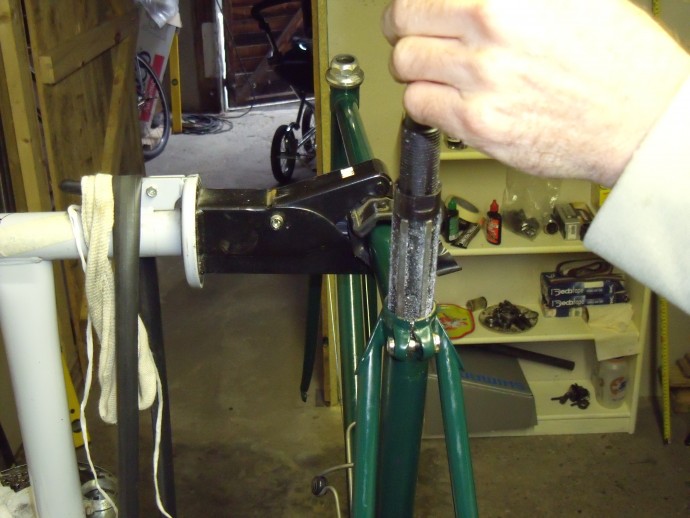 Justin noted some distortion of the seat collar, nothing unusual and easily remedied on a steel frame. We talked about taking the walls out by point two of a millimetre to enjoy a much better choice of seat-post-the collar was certainly up to the task but he was clearly happier to clean imperfections rather than shave metal from relatively thin walls. Five minutes with the reamer purged the offending burr. Post in place, tightening the seat bolt saw the collar spring true. This remains a closer than ideal fit but safeguards against water and other ingress sneaking inside the frame.

Component spec remains largely unchanged, although warped chain-rings saw the old Stronglight 80 replaced in favour of a keenly priced new old stock Campag Xenon and Dia Tech ratchet friction levers give super slick commands to the venerable Victory mechs. The cockpit too has seen something of a U-turn, the original Cinelli bar and stem pride of place in favour of the Nitto TT configuration principally as I didn’t want these and a set of Athena brake levers languishing in the spares bin.

In the cold light of day, the frameset is very much of its era and now quaint in comparison with modern and arguably superior bikes in my fleet. Outclassed in sporting terms, some would relegate it to winter trainer duties muttering something about polishing turds. Swing a leg over the top tube however and it still delivers a punchy, responsive ride-especially on the climbs without an old flame cliché’ in sight.

Sincerest thanks go to Justin Burls and Maldon Shot Blasting and Powder Coating for their help in this restoration.