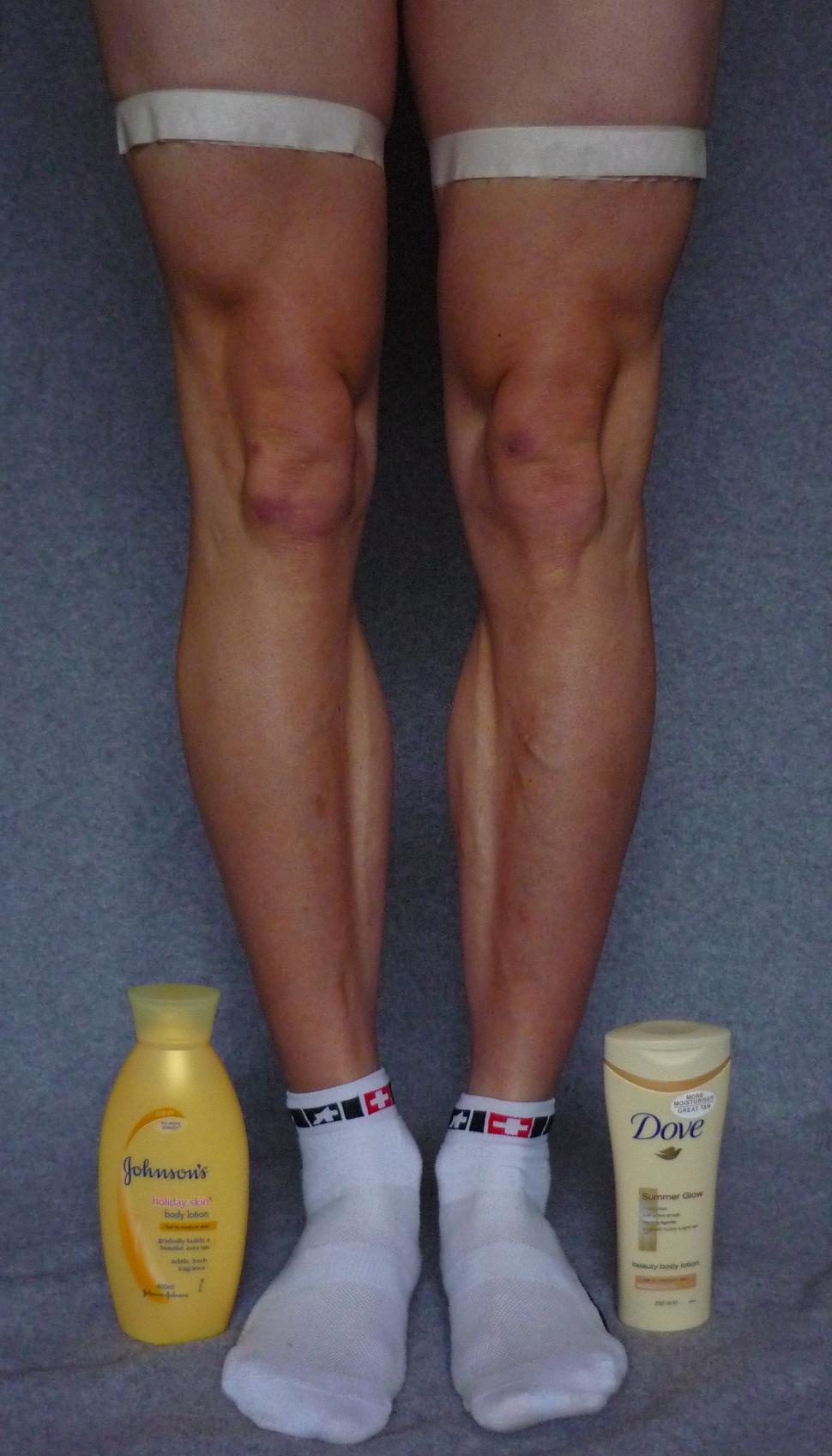 It's that worrying time of year when legs can finally be stripped of their Winter's bib-long cocoon and have to emerge blinking into the harsh bright sunlight and gentle hopeful warmth.

For those of us that haven't been lucky enough to jet to foreign climes for a week or so of off-season training/tanning we have to face the embarrassment of looking down at legs carved from the finest Carrera marble, veins included, and forcing them onto an unsuspecting public. Even if Hi-Viz legs are an useful safety feature.

All of the last few months getting-the-miles-in are for nothing and no-one will take you seriously unless you have legs the honeyed colour of a weathered Brooks saddle. A good tan in Spring makes it look like you've been abroad joyfully working up a sweat in the sun, it's handy to get the first psychological salvo in early. Anyone can be fast, it takes effort to look good doing it at the same time.

It's time for a little conceit...
Self-tanning moisturiser.
A bit of a moisturise after the shave is a good thing for the legs, you can never love them enough, the subtle glow of sunshine is just an, ahem, advantageous happenstance.

Following a discussion with a female friend about the relative merits of such products (my, don't women get angsty when a gentleman has a more particular leg-care regime than them?) it was time to do a much needed head-to-head, or leg-to-leg if you will, test of self-tanning moisturisers.

The chosen protagonists are "Johnson's Holiday Skin" and "Dove Summer Glow".
I've used Johnson's in the past, it had quite a chemically pong and smelt like it was burning your legs, even if it wasn't, and it turned any scars and the dry bits of skin on the knees an amusing orange. I've not tried the Dove product but my female friend was adamant that it was the bees (nicely browned) knees.

Shave, apply masking-tape to the upper thigh to get that perfectly sharp shorts line; if you're going to fake, make it a convincing fake. Apply self-tanning moisturiser.

Johnson's (right leg) - a faintly odd odour of Play-Doh, but it's still a lot nicer whiff than the old formula.

They say results should become apparent over 3 or 4 applications, so stay clicked on for on-going progress during the next few days.