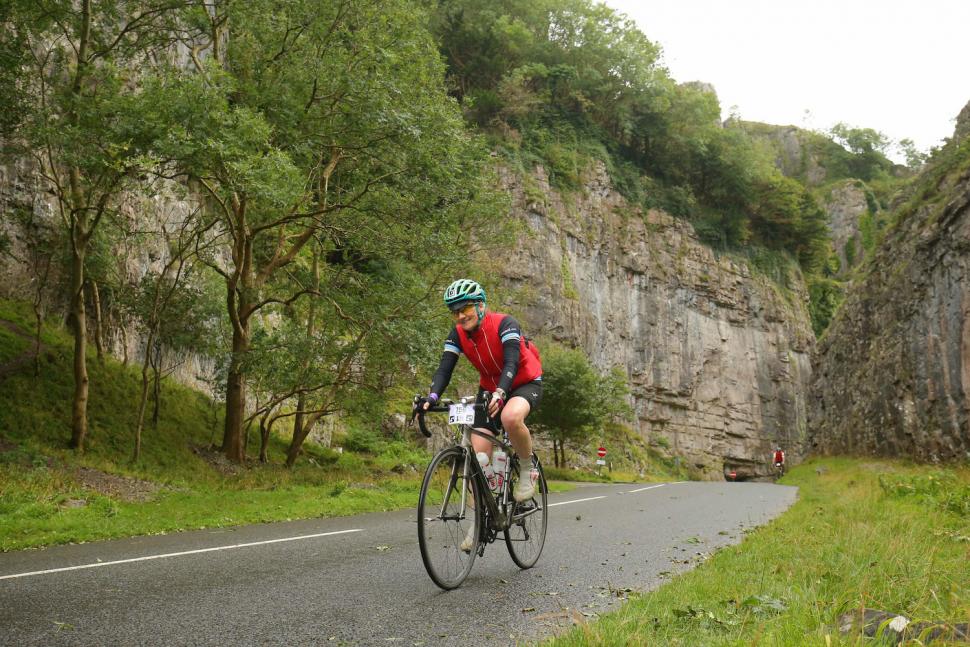 RAB 2017 8 Cheddar gorgeous © Threshold Sports.JPG
With six months until the Deloitte Ride Across Britain, and less than three to the London Rev, it’s time to dust off the Vitus…

“What we really mustn’t do is lose all our fitness,” I remember saying to Simon, my husband, after circumstances forced us to retire early from last year’s Deloitte Ride Across Britain.

We’d spent months building up to the event, which sets you the challenge of cycling 100 miles or more for nine consecutive days from Land’s End to John o’Groats (and sleeping in tents), and we’d done well. We’d gone from being pretty pleased with managing to achieve 30 miles in February, to cruising 50-milers with ease, and by July and August had reached the point where we weren’t daunted by 80 or 90-mile outings.

About a week or so after the RAB had finished, our bikes were delivered home to us, courtesy of Cycle Transfer, and after a quick hose down, were locked away in the shed. And that, I’m rather ashamed to say, is where my trusty Vitus – which carried me 526 miles, on all the steep climbs and descents of Cornwall and Devon, through torrential rain and battering winds, over the Severn Bridge, along the edge of Wales, past the midway point and eventually up and over iconic Shap Fell – has been ever since.

I have been cycling to work, on my lovely (but 12kg) steel Paulus Quiros, although mostly not home again. Well, it’s been dark, and rainy, and cold, and the dogs have needed walking, and there’s shopping to do on the way, and dinner will need cooking. And there’s a big estate car being driven home at just the right time…

Needless to say, I think I might have lost a bit of fitness. The not-so-iconic climb of the Hope and Anchor car park in Midford sees me puffing as if I was taking on Cothelstone again (the RAB’s Quantocks killer of day two).

In fact, I was probably fitter this time last year than I am now.

I’m hopefully more bendy though, because I have, at last, taken up yoga (here – it's great!), and a bit of pilates at the YMCA. I’m even told I have quite good flexibility ‘for a cyclist’.

Now I just need to develop some good cycling muscles, for a yoga-ist.

It’ll come. Last year in March and April I kept telling myself there was plenty of time, but I’m not sure I was fully convinced. Now that I’ve completed half the challenge, I know I can build my fitness back up again. And I’ll have fun doing it.

One of my ‘worries’ about completing the RAB was no longer having any incentive to go out and ride. What would make us get on our bikes and do our regular circuits around Longleat and the Wylye valley? Don’t get me wrong, I love riding my bike, but it really helps if I have a purpose.

Now, despite the disappointment of not doing the whole RAB in one go (I wrote this blog about our experience if you’d like to know how we got on), we have Scotland to look forward to and train for. (By chance, we neatly completed the five-day England leg.) And though the Scottish leg is ‘only’ four days, one of those is 126 miles… Plenty of motivation.

We’re also signed up for the Dulux Trade London Revolution again, which I thoroughly recommend. It’s not every day you get to ride over Tower Bridge (well, it might be for you, it isn’t for me), and it’s a great taste of the RAB if you’re a novice: sleeping in a tent, sandwiched between two 100-mileish days on the bike. Lovely.

You can read my blog about last year’s event here, and if it whets your appetite, you can sign up for this year’s which is on 12-13 May.

It’s only two and a bit months away, too, so probably time I pulled my finger out. See you there, maybe.

• Find more information about the Deloitte Ride Across Britain and how to enter, here

• Sign up for the Dulux Trade London Revolution here