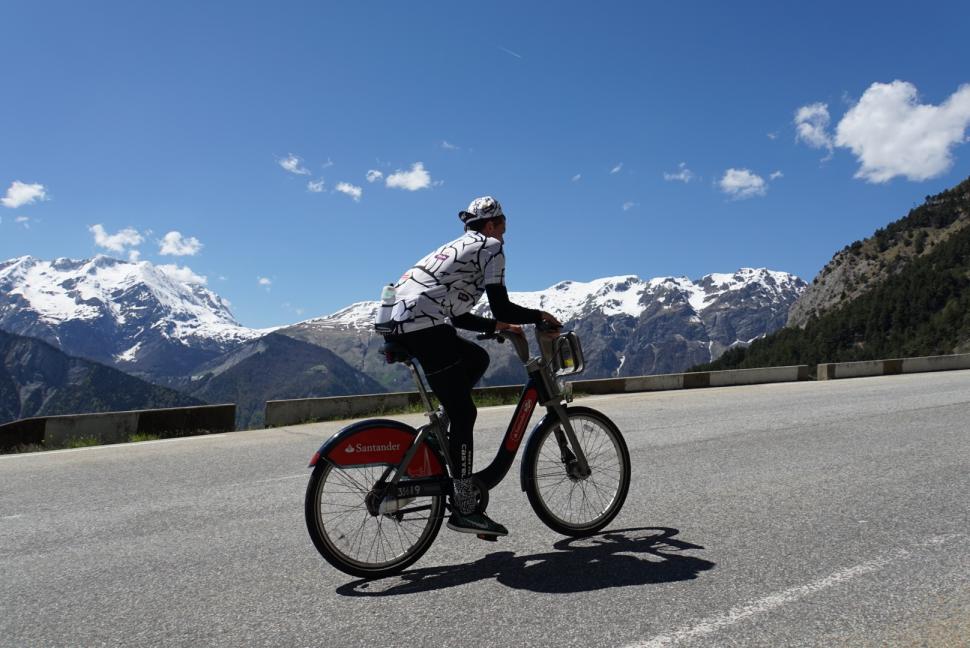 With its 21 bends, Alpe d’Huez is one of the iconic climbs within the cycling world, with that in mind our small group assembled at Huez* HQ at midnight, united in one common goal - get ourselves to, up, and back from, Alpe d’Huez within 24 hours (and hopefully raise a bucket-load of cash for some very worthy causes!) 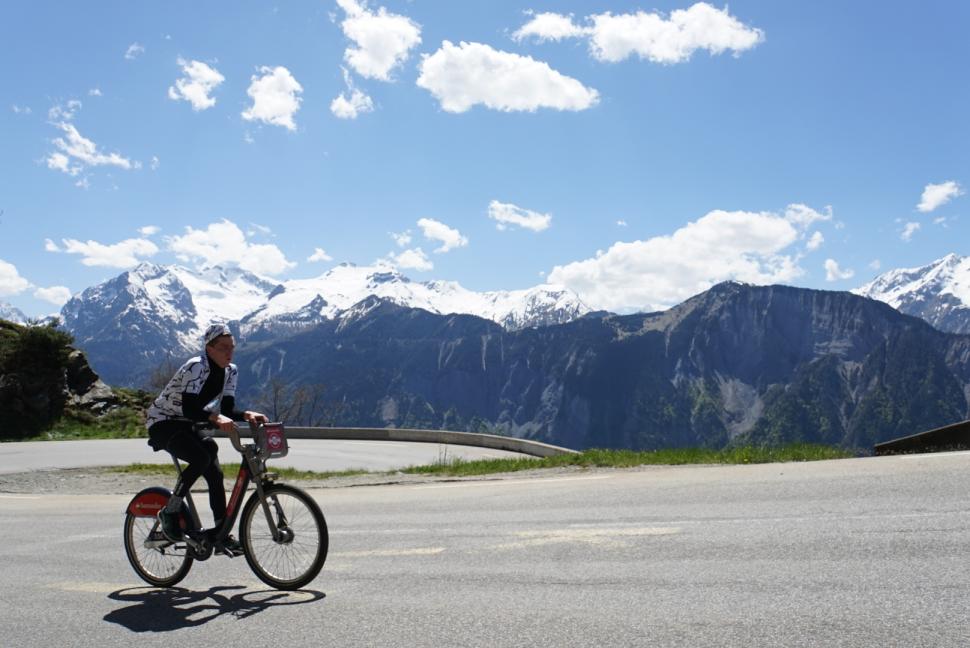 The idea was simple, drive to and from the mountain and ride the bright red Boris bikes (do we call them Sadiq Cycles now?) up the infamous mountain, and in case you were wondering, the bikes weigh approx 25kg. 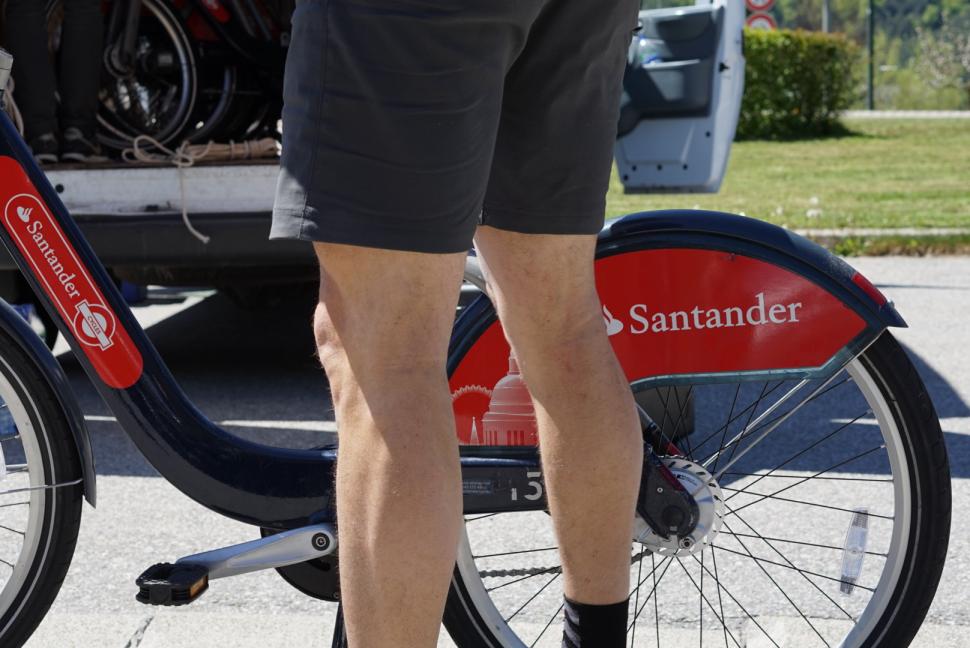 The drive south is uneventful, marred only slightly by us spending too much time at the channel tunnel waiting to board. I hear tales of glorious sunrises as we speed through the French countryside, only tales from Lorenzo however as the rest of the car was fast asleep in those early hours.

As we progress through the wine-making regions of France one of the team becomes animated as he eloquently explains the history of the region (he works for a wine merchants so is in his element). 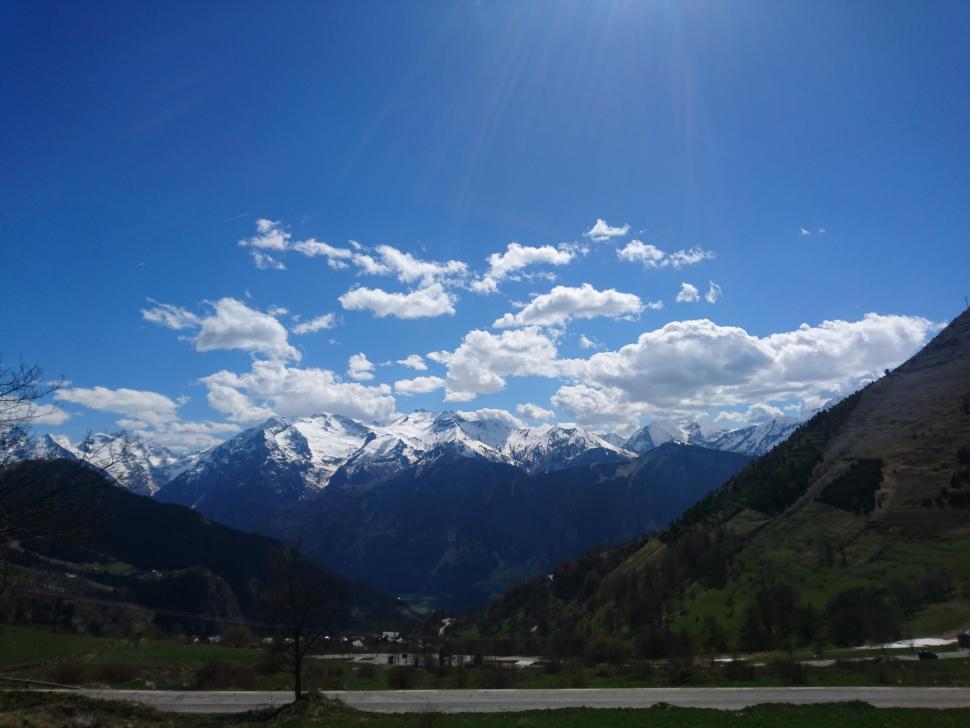 The rolling countryside of the interior eventually gives way to steeper slopes and pointed peaks as mountains slide into view. Within the car the atmosphere noticeably changes, the sense of what we are embarking on is hitting the riders and crew alike, at the back of our minds is the realisation that we are about to ride up a hulking great mountain for 2 very worthy causes, the Stroke Association and the National brain Appeal.

The roads keep on rising as we climb up higher, until, after over 600miles of constant driving, the satnav announces we have reached our destination.

We are running slightly late, adding extra frission as we unpack and prepare. Some go for casual shorts, others for full-legged lycra - the weather report has been telling us to expect temps of 6 degrees - however right now it is sunshine and clear blue skies. 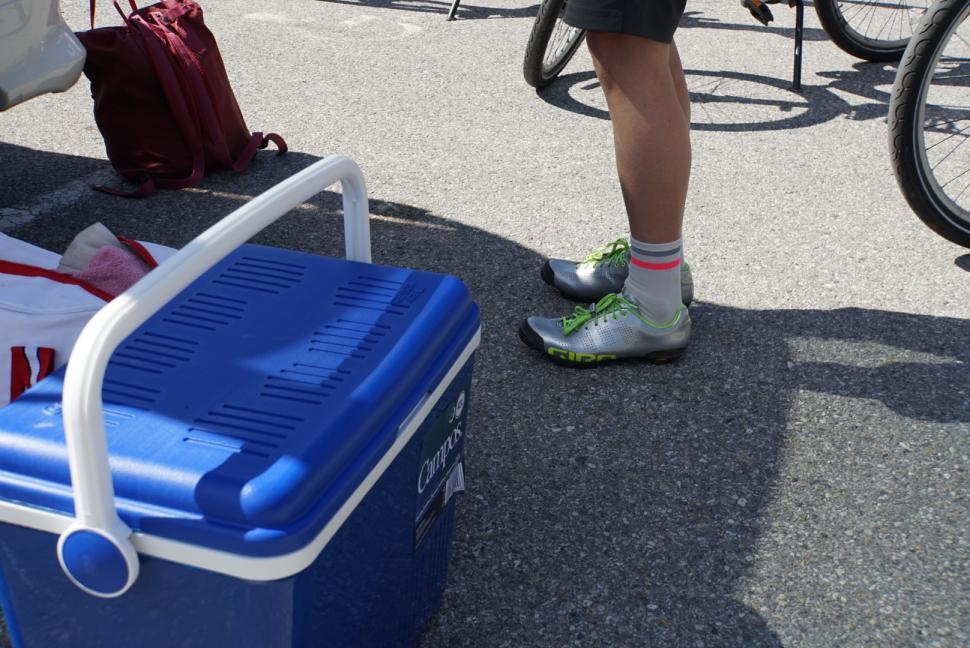 Before we have time to settle in on the task ahead we are off, peddling those 3 little gears up to the base of the mountain. We’ve looked on veloviewer and are all painfully aware that the first few km’s will be the hardest, with just 300 metres of riding as a warm up we hit the first incline and instantly send heart-rates soaring.

The next couple of hours descend into a private struggle for each of us, there may be camaraderie in the group, but we have to each individually find the strength to turn the pedals of these bright red beasts. For someone who spends their riding life on the hoods and drops of a slinky carbon road bike the transition to the Boris bike, and pedalling in earnest, comes as a struggle. My saddle slips on a few occasions, dropping me far lower than I would like, and within 10 minutes I am cursing the muscles in my lower back as they refuse to play ball with the rest of my body. My cap is in my jersey pocket, my helmet is in the bike’s shopping basket, and my top is flung wide open as I alternate between turning the pedals and stretching my back out.

Cycling is often spoke about in mythical terms of glory and suffering, of panache and beauty, but for me this ride was about more than that. As torrid as I found the ascent, I was determined to keep on climbing, knowing that every inch was helping to raise funds for two very worthy causes! A slow grind up, the occasional opportunity to change gears for a few seconds, the solitude of the mountain side. The mythicism counts for very little at that time, i’m painfully aware of how inelegant I’m looking, with a  beetroot face and slow cadence I am the very definition of a MAMIL, but then I look around and see the high Alps, snow covered peaks, and I am re-energised to turn the pedals a little faster. The slowness of the ascent is in contrast with the swiftness of the summit victory, the clock is ticking and we must get back down again. Feeling elated we turn and glide down like a battle-cruiser. Elegance is once again out of the window, Boris bikes were not designed to be ridden fast down alpine descents, breaking starts 100 metres before the corner, the drums slowing us down at their own pace. It’s exhilarating and terrifying in equal measure taking selfies to commemorate the achievement. I’m sure i’m not the only one who can detect an odd burning smell as we reach the bottom of the mountain again… 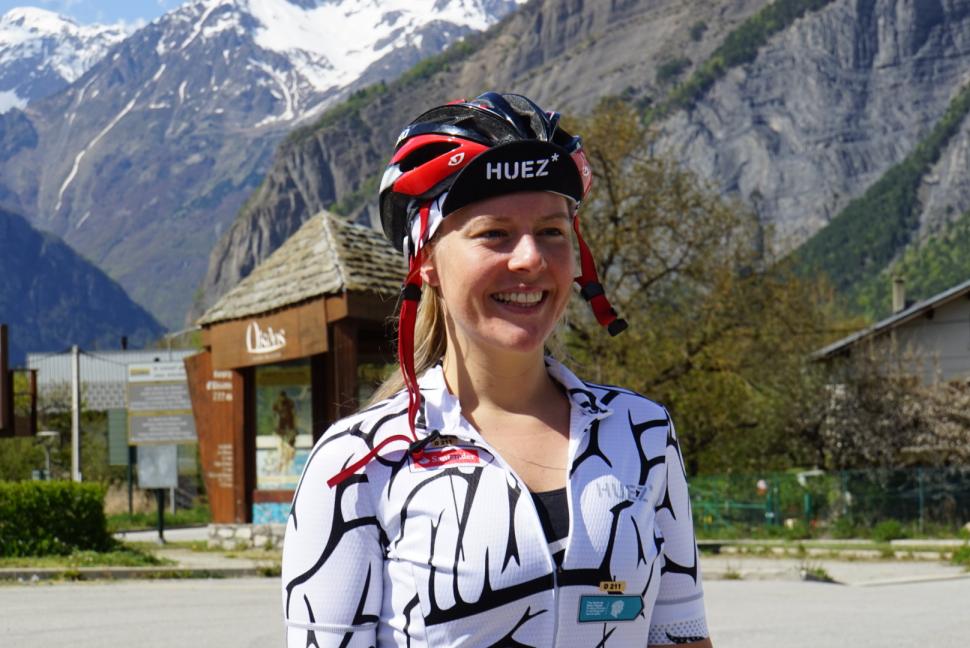 Drinks are drunk and bikes packed away as we once again congregate in the back of the vehicles ready for the 600 miles north again. The atmosphere is markedly more relaxed now as we prepare stories to dine out on for months ahead.

Despite the satnav’s knowledgable insistence, we refuse to take the most direct route, instead opting for detours around Dijon (where I helpfully, but fruitlessly point out the premises of a delicious drive-in burger joint). Our detours cost us dearly (as does a run-in with the Police) and we get to the train too late to make the 24hour deadline. Upon arrival back at Huez* HQ we are greeted by loved-ones and with weary bodies we unpack the cars, rummage for mislaid kit, and prepare to split off into the night for a long-overdue rendevouz with our beds. We can see that, were it not for a couple of delays and errors, the 24hr deadline is possible, and I’m pretty sure the chaps at Huez* are already planning another crack at it!