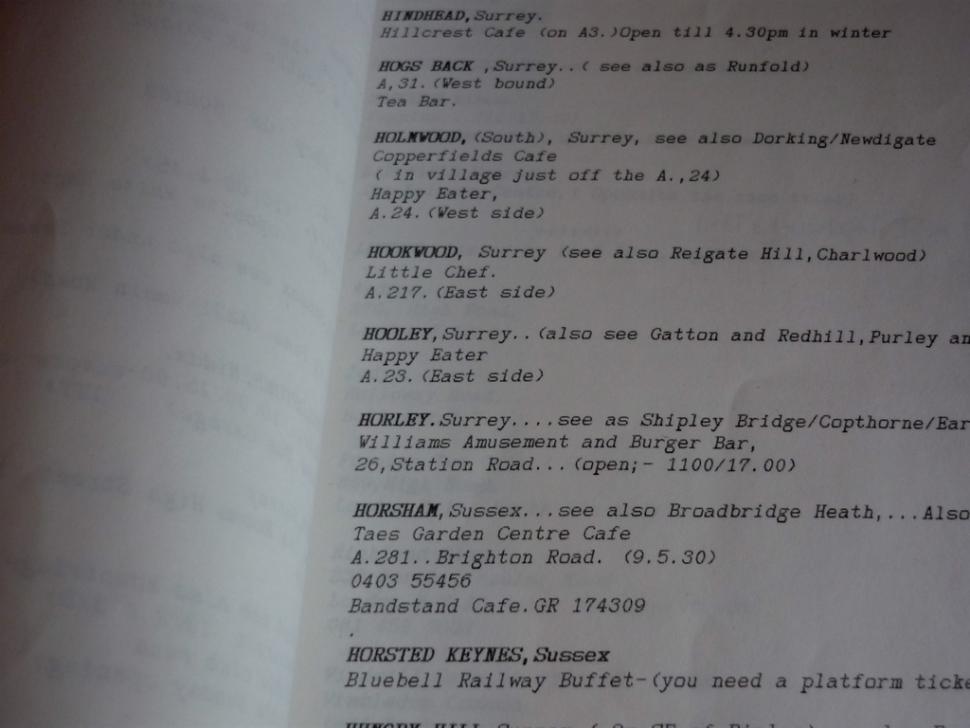 A long lost but not forgotten piece of dusty cycling history has just found it's way into my possession, an item that time, memory and rose-tinted Oakleys had elevated to some sort of two-wheeled folklore, spoken of only in hushed and wondrous tones whilst peering through steamed-up cafe windows.

Half a lifetime ago I went for a ride with friends up near Dorking; it was cold, it was gritty, it was icy and at the end of the ride I was led down a dark endlessly twisting narrow lane tunnelled thick with trees heavy with damp and grey to an unlikely oasis of warm and dry. Unsuitably sitting right next to a prim middle-class house was a large but basic building offering all the sorts of food a tired, frozen and hungry cyclist could ever need, with tsunamis of tea. Heaven. After several cuppas and something-on-toast I was unsure which of two puddings I should choose to finish with so they suggested I could have them both in the same bowl, drowned in custard.

And thus mythical status was attained.

An accolade destined to remain unsullied by any future it's-not-as-good-as-I-remember-it disappointment as despite several attempts I've never been able to find the caff ever again, and so it endures as a happy and fuzzy-memoried day-dream.

While we were there I flicked through a thin A4 file lying on the table, a dozen or so pages called "The Trundling Tum". A magical list of tea-rooms, cafes and other eateries that might be of use to any wandering cyclist, listed by nearest town or village with maybe an address or simple directions to aid location, and some benefiting from useful side-notes - "unreliable Sunday opening", "tea-bar only", and most amusingly "suitable individuals - not club runs". Compiled by a kind soul in Surrey it was ostensibly southern based although there were a few randoms from as far afield as Lancashire and Lincolnshire should you ever be in need of refreshment while on tour there.

This publication is what has just returned to rest in my quivering and reverential hands and it is truly and sadly a relic from a distant era. Copies of the "The Trundling Tum" were available upon the archaic sending of an SAE (and for politeness the details of another cafe that could be added) to be followed by the tumescent anticipation of arrival, not just an instant-gratification mouse-click website or download away, a booklet put together by hand and with love and the slow drip of information sharing and knowledge. A service rendered obsolete now alltheinformationintheworld can be accessed via the phone-shaped object in your rear-pocket, and an ironic moment of internet checking resulted in zero results for "The Trundling Tum". It has become an historical document. Lost even.

But now that I can refer to this ancient text I shalt journey forth on a quest to search for the caff of myth and legend. I may be some time, especially if I have pudding.