Wahoo has unveiled the KICKR V5 smart turbo trainer with an improvement in the power measuring accuracy of a claimed +/-1%. There is also a change at the trainer's feet with 5º of tilt added to “create a more natural, comfortable ride feel.”

Wahoo’s KICKR was one of the original smart turbo trainers and is still massively popular with those that like to sweat away the winter riding inside. The rise of eRacing, especially since lockdown started has provided many with an outlet for their competitive sides and as the racing gets tighter at the top, the demand for increasingly accurate equipment grows.

Wahoo says that it has improved the accuracy of the KICKR V5 with an internal power meter that reads to within +/-1%, up from +/-2% on the outgoing model. Wahoo says that users do not need to perform spin down calibrations either, saving time prior to a session. While the overall design will be rather familiar to Wahoo fans, there is a change down at the feet. Wahoo has given this latest version of the KICKR a small amount of tilt movement. This, they claim, “improves on the legendary realistic ride feel that Wahoo riders prize.”

The Axis feet allow the KICKR V5 to move under the rider, in theory replicating more closely the action of the bike out in the real world. Wahoo says that this “enhances the realism of the ride feel”, making the ride more natural and comfortable. 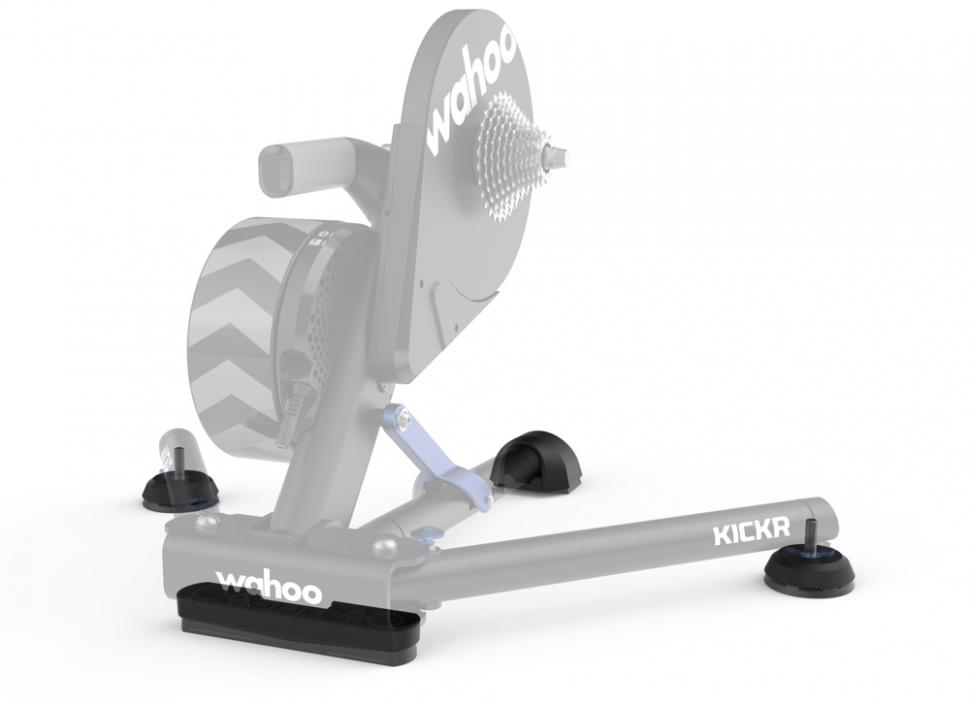 Despite the claimed improvement in accuracy and the inclusion of the Axis feet, the KICKR V5 sticks with the same RRP of £999. The KICKR V5 also keeps all of its connectivity features, with ANT+ and Bluetooth being used to communicate the trainer data to the various third-party apps like Zwift, Rouvy, Trainer Road, The Sufferfest and other apps.

Also staying the same is the 7.25kg flywheels offering a max resistance of 2,200 watts and max slope replication of 20%.

The KICKR V5 will also connect up to the KICKR Climb, Wahoo’s fork-mounted gradient simulator and KICKR Headwind, a smart fan.