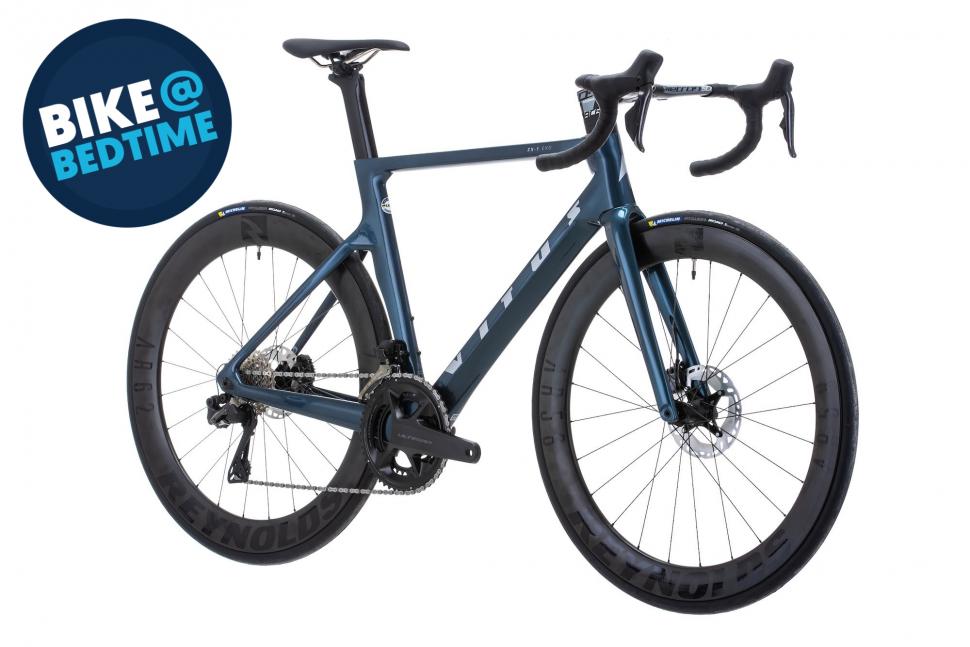 Excellent road bikes gets an upgrade to 12-speed; SRAM builds are available too
by Mat Brett

The Vitus ZX-1 Evo CRS Di2 that impressed us hugely when we reviewed it last year has been given a fresh paint job for 2022 – switching from grey to this slate blue – along with Shimano’s  new 12-speed Ultegra R8100 groupset with semi-wireless shifting.

The Vitus ZX-1 Evo was introduced last year and Stu Kerton called it “an absolute rocket ship” in his review on road.cc.

Read our review of the Vitus ZX-2 Evo CRS Di2

“It's not just quick, this thing is in superbike territory,” Stu said. “Get down in the drops on a flat section of road and it's a time trial bike without the aerobars.” 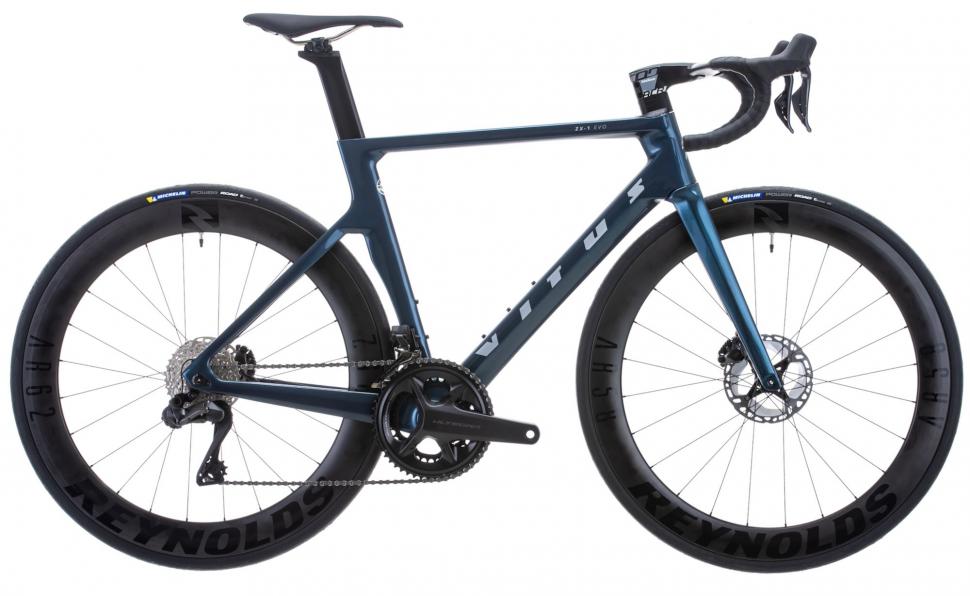 The Vitus ZX-1 Evo frame is stiff without feeling harsh, offering a good level of feedback from the road without unnecessary chatter from road vibration. It's a bike that feels punchy, responding to extra effort with no wasted power.

In terms of steering, it is balanced, direct and easy to control. It’s quick but not to the point of being twitchy, an utter joy to ride.

Vitus put an emphasis on aerodynamics with the ZX-1 Evo; it’s said to exhibit “up to 45% less drag” than the previous model. There’s barely a round tube anywhere and the fork is integrated into the down tube and head tube for a smooth transition. Vitus has also followed the trend of directing the cables/hoses through the handlebar and stem before dropping them down into the spacers and head tube.

The highlight as far as components are concerned is the recently updated Shimano Ultegra Di2 groupset. It has gone from 11-speed to 12-speed and features semi-wireless shifting, meaning that the two derailleurs are wired to an internal battery but the shifters communicate wirelessly with the rest of the system. 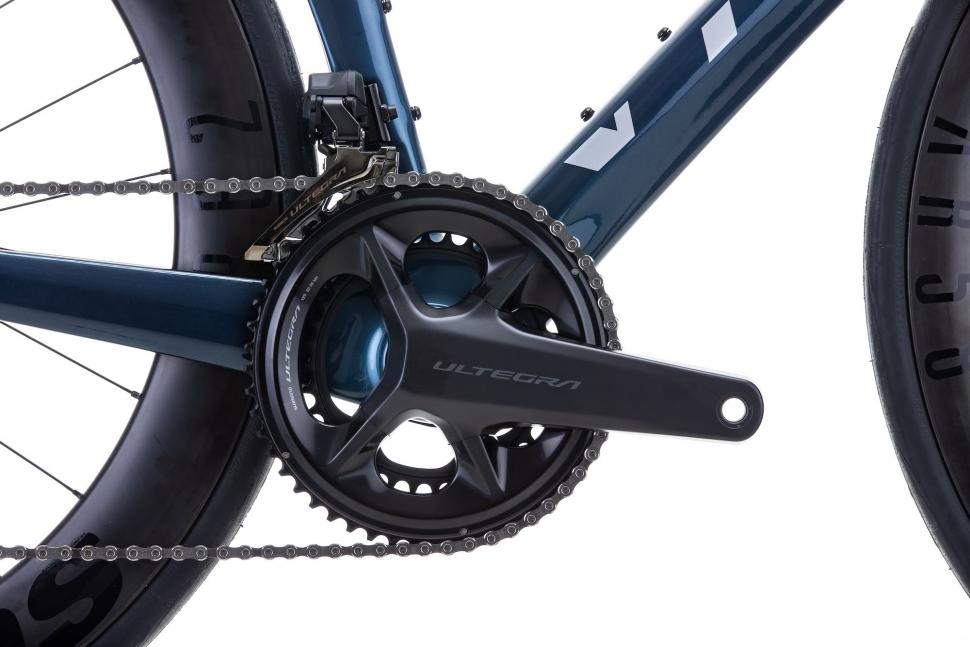 Shimano has also redesigned the shifters, derailleurs, cassette, chainset and brake callipers. It claims that the derailleurs shift significantly faster than previously.

When it comes to the cockpit, Vitus sticks with the Vision Metron 5D ACR an all-in-one handlebar/stem unit. It's full carbon fibre with a shallow drop that allows you to get aero without having to dislocate your spine.

Vitus hasn't scrimped on the wheels, speccing carbon Reynolds AR 58/62 DBs; that's 58mm deep for the front and 62mm for the rear. This is a serious set of wheels and the performance on the road is impressive. You get the aero advantage of those deep rims without being buffeted about on windy days.

The 2021 Vitus ZX-1 Evo CRS Di2 was fitted with Schwalbe's One Performance tyres but these have been swapped to Michelin Power Road TLRs this year. When we reviewed them we found that they offered an impressive blend of performance, grip and durability, although they required a bit of effort to fit.

Read our review of the Michelin Power Road Tubeless tyre

Loads of bikes have gone up in price over the past year thanks to increased production and transport costs and higher demand. The Vitus ZX-1 Evo CRS Di2 was £3,999.99 when we reviewed it last May. It’s now £4,599.99. Ouch! That’s a big increase but that’s the way of the world at the moment.

Get more details on the ZX-1 Evo from the Vitus website.