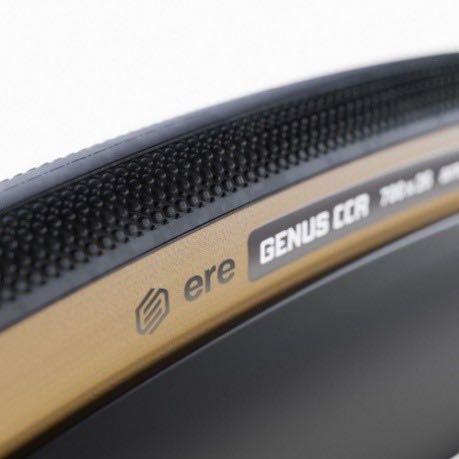 Ere Research – whose saddles and tyres we have reviewed on road.cc many times in the past – says that it has been working on the development of a brand new material for high-performance road bike tyres with CarbonX, a spin-off of TU Delft (Delft University of Technology), for the past two years.

“With this new material, rubber compounds can be adjusted and specifically tuned to meet the best requirements asked for by professional cyclists,” says Ere Research.

“CarbonX is composed of nano-sized carbon filaments [a nanometre is a billionth of a metre] which are chemically connected to form a three-dimensional micron-sized network. This extraordinary structure makes it possible to combine properties in new ways, the key to unlocking new design possibilities that can deliver both high performance and greater sustainability. 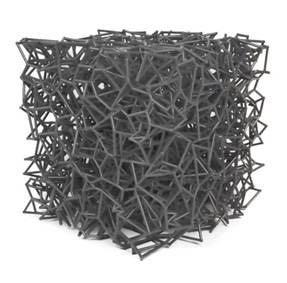 “By using CarbonX, we generate a dramatic improvement in rolling resistance to increase speed without compromising grip or wear. CarbonX is able to make bicycle racing tyres much faster without compromising handling or longevity – keeping the focus on the racer’s safety and chances of success.”

Faster tyres with no downsides? These are big claims. Ere Research says that it was intrigued by the CarbonX material but was initially sceptical that it could work well for high-performance bike tyres because many attempts have previously been made to deliver major gains, with few delivering noticeable results.

Ere Research took its Genus CC tyre, already used in the professional peloton, as the starting point for its CarbonX project.

“In a two-year cycle, you can imagine the number of tyres we tested and the amount of compound we have developed to achieve the perfect compound mix,” says Ere Research’s Piet van der Velde.

“Along with the lab testing and field testing with our pro riders, we have developed the perfect CarbonX rubber for our tyres.”

The result is the new Ere Research Genus CCX.

“For this 320TPI (threads per inch) handmade high-performance tyre, CarbonX is used instead of carbon black particles,” says Ere Research. “By using the new material, Ere and CarbonX achieved a two watt lower rolling resistance (the rolling resistance for the 26mm tubeless/hookless Genus CCX is 9.5 watts, it’s Genus CCR brother is 11.5 watts) and an increase in grip and the anti-puncture value of the tyre.”

Ere Research doesn’t say at what speed these rolling resistance figures were measured, but it does say that puncture resistance is 40% higher than that of comparable competition and is best in class” both on the tread and the casing. It also says that grip levels are up by 66% compared to the comparable competition, also in wet and warm conditions. Ere claims that increasing all of these values at the same time is a breakthrough development that has never been achieved before.

Ere Research has also been working on the casing of the new Genus CCX tyres.

“To make them safer for tubeless and hookless rims, and to keep the weight low and the flexibility performance of these tyres high, [we use the synthetic polymer] Zylon instead of Kevlar as a bead cord in the tyres,” it says.

“Zylon is frequently used in F1 cars as tethers in wishbones that keep the wheels attached to the chassis in case of a crash. It’s a very strong material and perfect for tubeless and hookless tyres.”