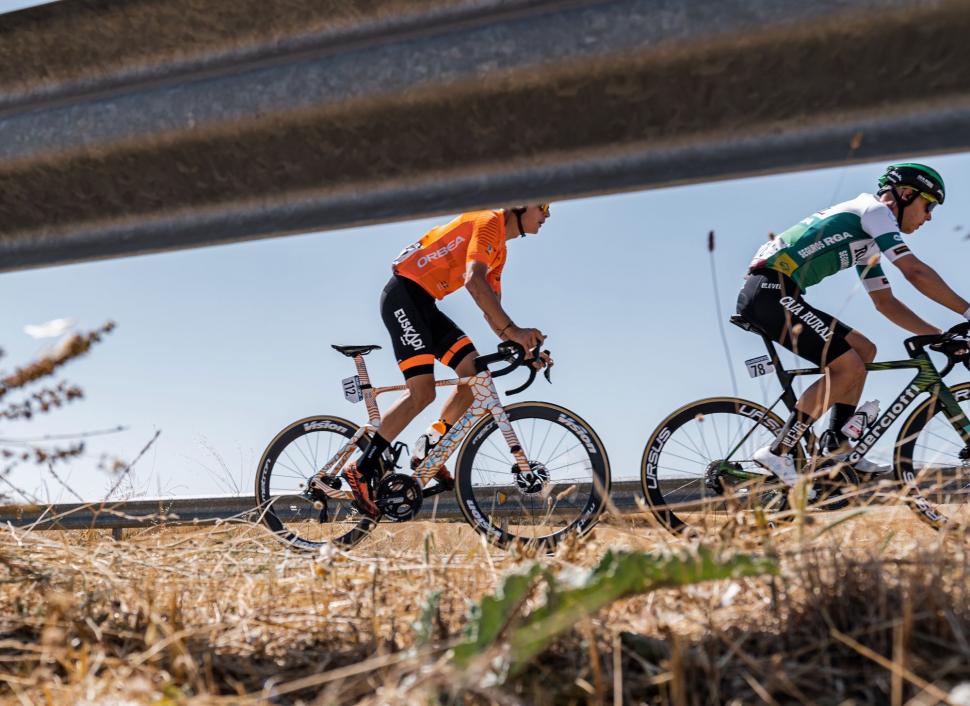 We're intrigued by the numbers printed on the frameset. What do they mean?
by Mat Brett

A yet-to-be-released Orbea aero road bike has made an appearance at the Vuelta a España with two Euskaltel-Euskadi riders racing on the new design. We imagine that this is an updated Orca Aero, although it could be an entirely new model.

Orbea has given the Euskaltel-Euskadi bike a finish that combines orange spots and stripes, but many of the features are clear. Although the new design is vaguely similar to the existing Orbea Orca Aero in some ways – coming with a flattened top tube, an integrated fork, and a seat tube that’s cutaway around the leading edge of the rear wheel – the head tube is far deeper, as are the fork legs, the seatpost, and the seatstays. 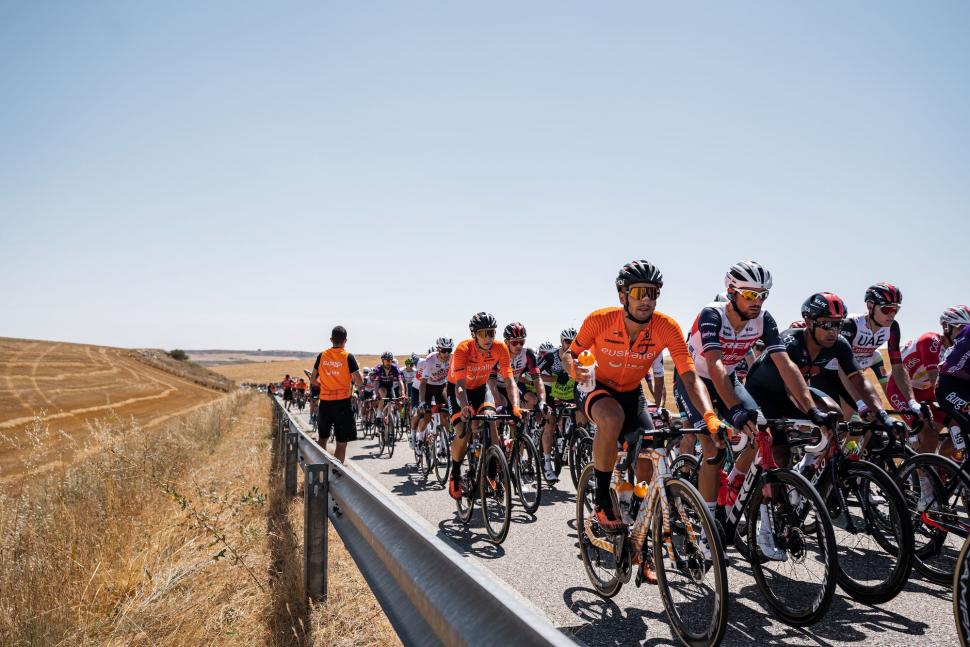 The down tube is deeper than previously too, the upper section’s leading-edge curving to accommodate the front wheel. This is a feature you’ll see on many existing aero road bikes out there, designed to manage airflow coming off the front wheel, as well as on Orbea’s Ordu time trial/triathlon bike.

The chainstays run horizontally before kinking upward sharply towards the rear dropouts while the fork legs initially run downwards parallel to the front wheel before splaying out towards the bottom.

The seatpost clamp is integrated into the top tube/seat tube junction, as it is on the existing Orbea Orca Aero. 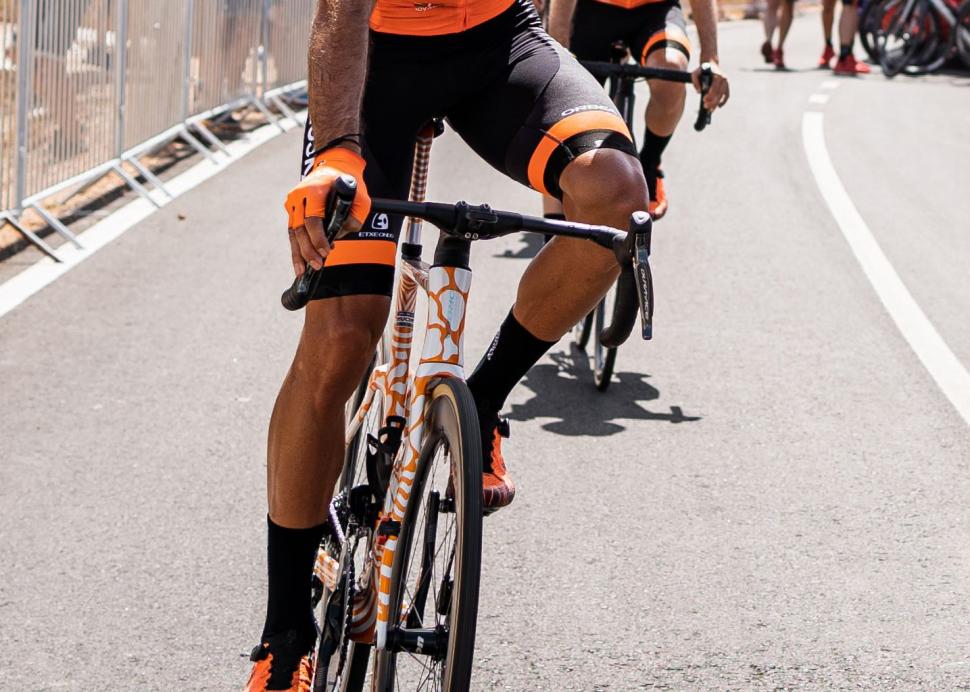 The other big change is that all cables/hoses are routed internally now whereas they were previously external between the handlebar and the top of the down tube and fork leg. The vast majority of high-end road bikes have been going down this route over recent years.

You can just about see the Orbea name on the down tube along with a whole bunch of different numbers printed on the frameset. Those figures are difficult to make out clearly but it looks like a 30 at the top of the fork, and perhaps 15 on the seatpost. It’s difficult to tell whether the two-digit number on the seat tube/top tube junction is made up of 5s, 6s or 8s. We'll hopefully get better pictures as the race goes on.

What do the figures mean? We don’t know and Orbea isn’t saying. If you have your own theory, feel free to share it down below.

The bike hasn’t yet made an appearance on the UCI’s List of Approved Models of Framesets and we don’t know when it will be formally released, although we'll pass on any details from Orbea as soon as we get them.