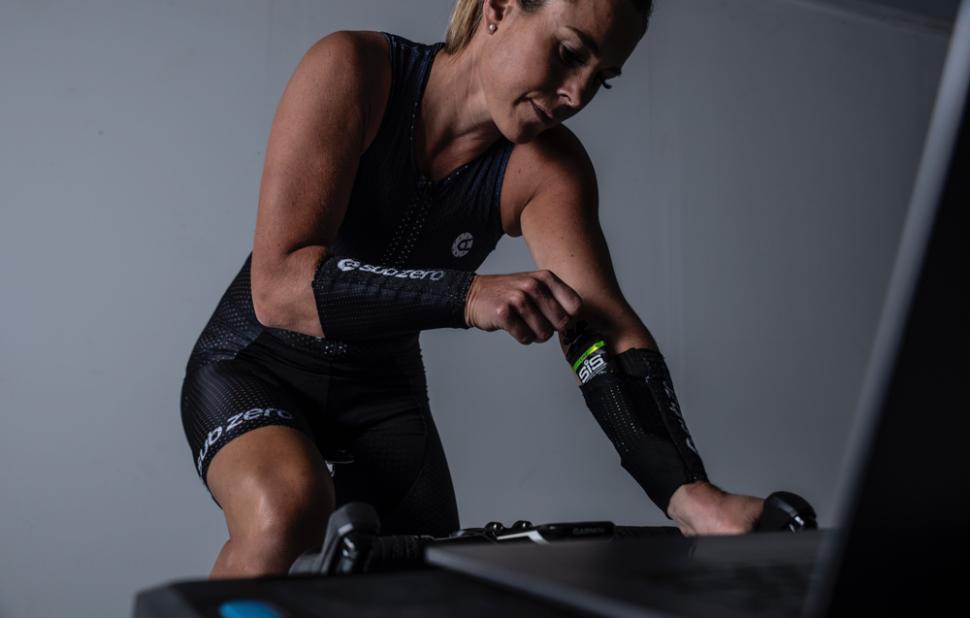 Getting too hot while smashing the indoor miles? NoPinz claims to have the answer
by Liam Cahill

Devon-based cycle wear brand NoPinz has just released details of what they are claiming is the “world’s first indoor cycling kit that actively cools core temperature.”

The range is aimed at keen indoor trainers and racers who want to maximise their performance, be that during interval sessions or while in a virtual race. The garments include bib shorts, a sleeveless skinsuit and wrist bands that all feature pockets in which ice packs are placed. 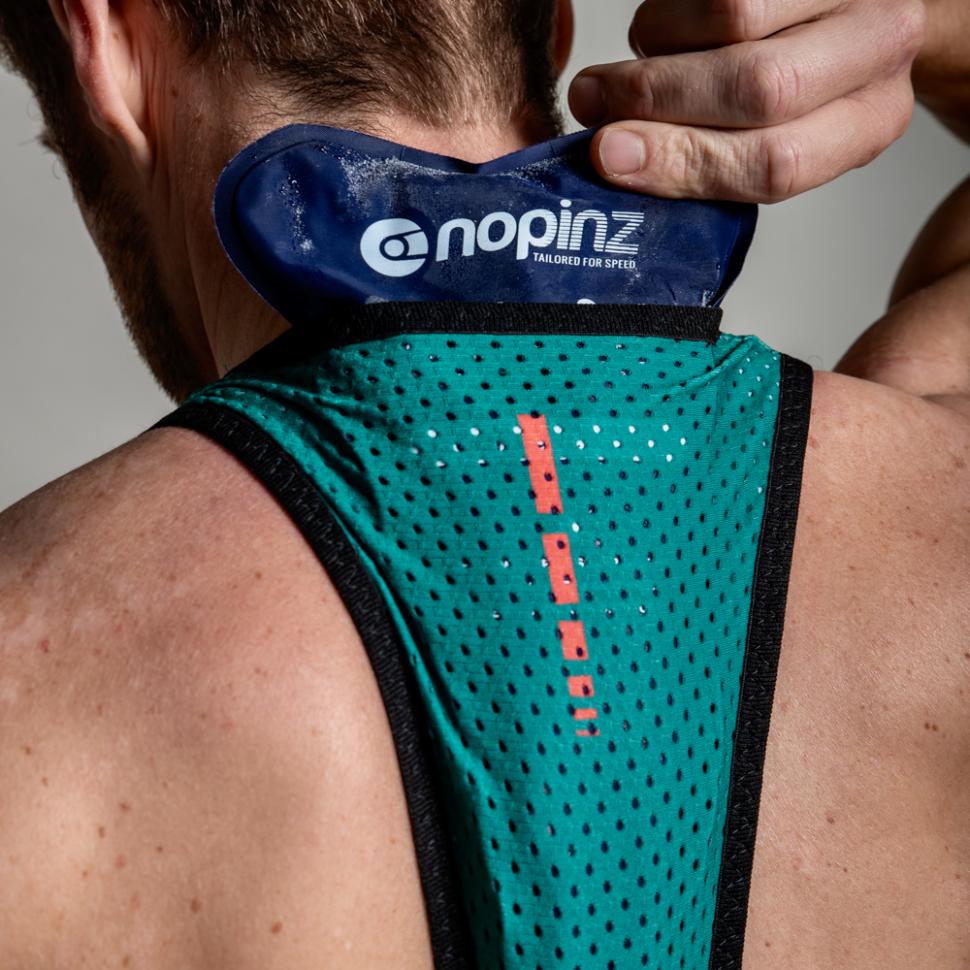 NoPinz is pretty confident that the kit will provide a boost to performance. “The gel packs help to keep your core temperature down, meaning less energy goes into the body, cooling itself and more blood reaches the muscles that need it to produce the watts!”

Riding on an indoor trainer is, as many of us with full-time jobs, children and other commitments have found, a great way to get a solid workout done in a very short space of time without leaving the house. In the winter this also means not having to put lights on your bike and don endless layers of clothing to simply get out of the door. 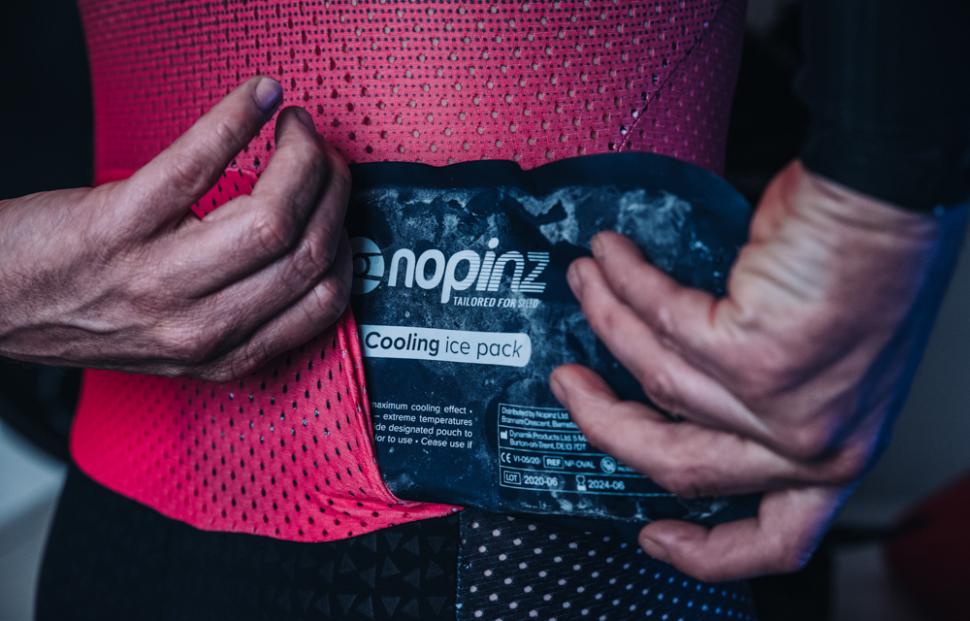 But riding indoors presents a new set of challenges and NoPinz has gone one step further than the usual gym fan. The SubZero range features FreezePockets that hold replaceable frozen gel packs. Thankfully, the replaceable frozen gel packs look like normal ice packs that can be left in the freezer separately, allowing you to avoid an awkward conversation with a non-cycling other half or flatmate about why your cycling kit is in the freezer.

The garments are designed to work in a similar fashion to professional road racers putting ice socks on the back of their necks in hot weather. On a hot day, the cooling sensation is a welcome relief for the heat and as the ice melts, the water that soaks into the rider’s jersey can offer further cooling. 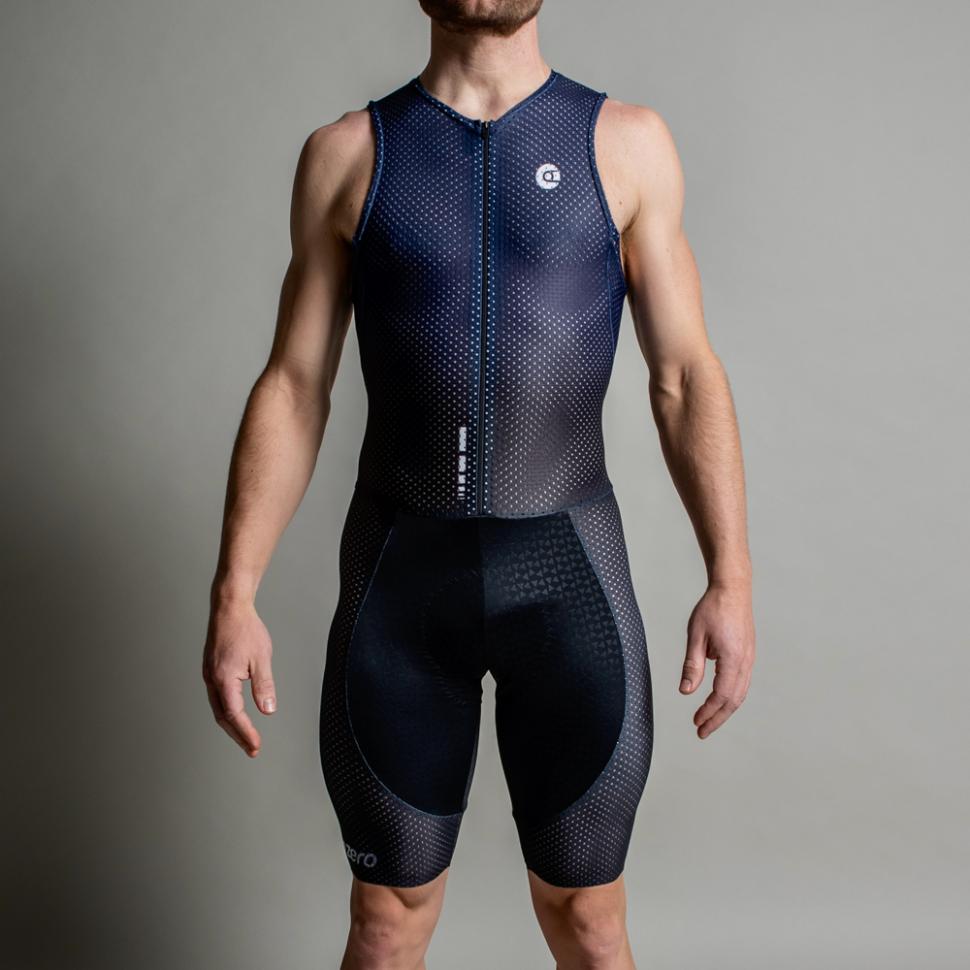 The bib shorts and sleeveless skinsuit are constructed using “ultra-breathable wicking fabrics” with both garments also featuring a pad that is specifically designed for indoor riding. Both are supplied with two sets of cooling packs which “are interchangeable and can be easily swapped mid-race to maintain the cooling advantage” which NoPinz claims will “give 40-60 mins of cooling at high intensity. If you’re into longer races, you can buy more cooling packs separately.” 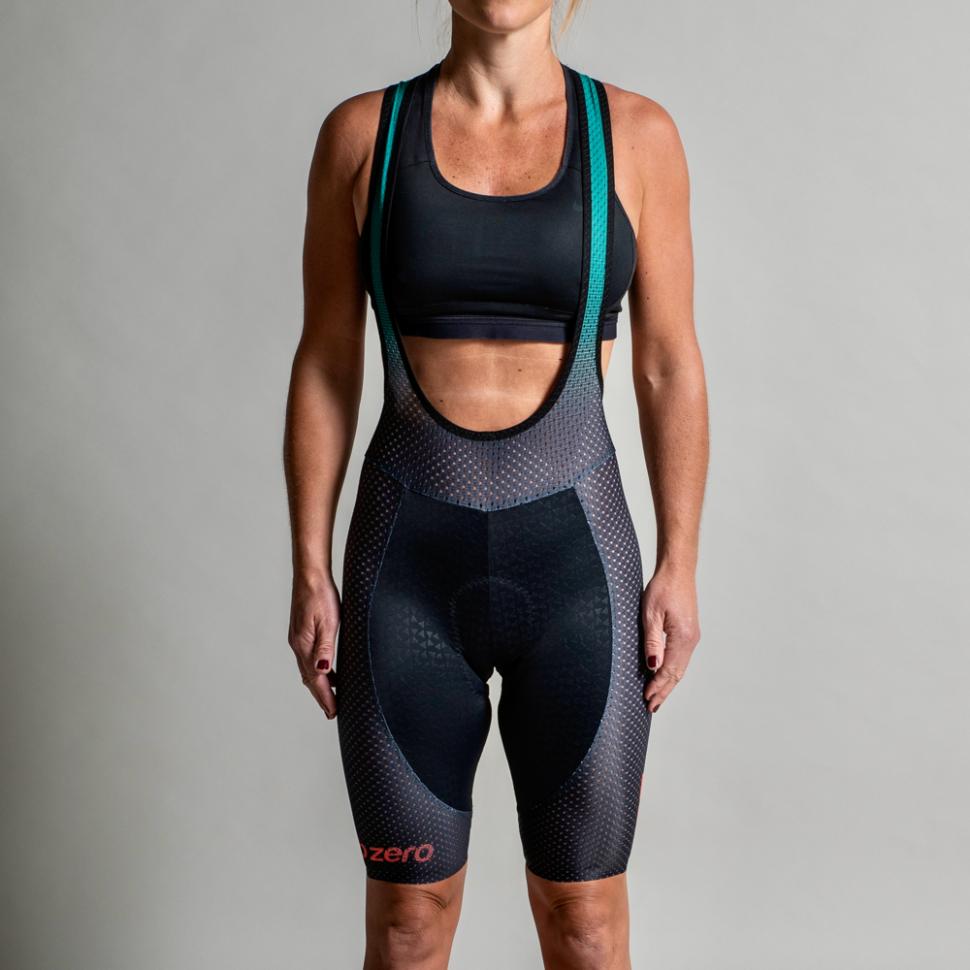 NoPinz says that their cooling solution is simpler and cheaper than other methods that are commonly used for cooling while riding indoors, something that they also say is a genuine performance upgrade. “Cooling the body during indoor exercise is vital to prevent overheating, dehydration and the resulting reduction in performance. While many of today’s elite e-racers have found that using multiple fans and air-conditioned rooms gives them a competitive edge, these aren’t always solutions that everyone can access. In contrast, SubZero provides a marginal gain and performance advantage that is accessible to all.” 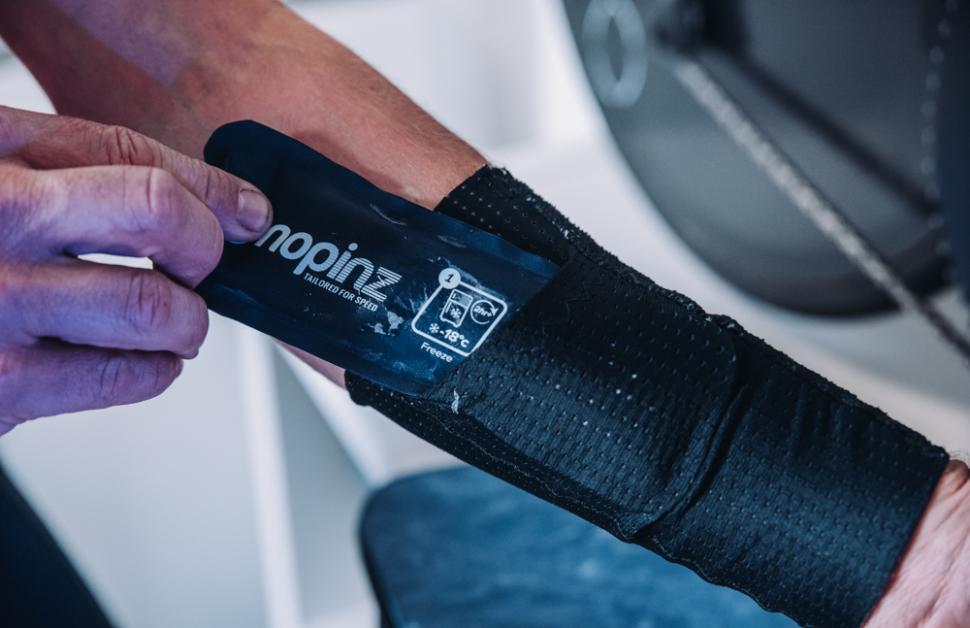 Prices for the range are:

The shorts and suit both include two sets of gel packs.