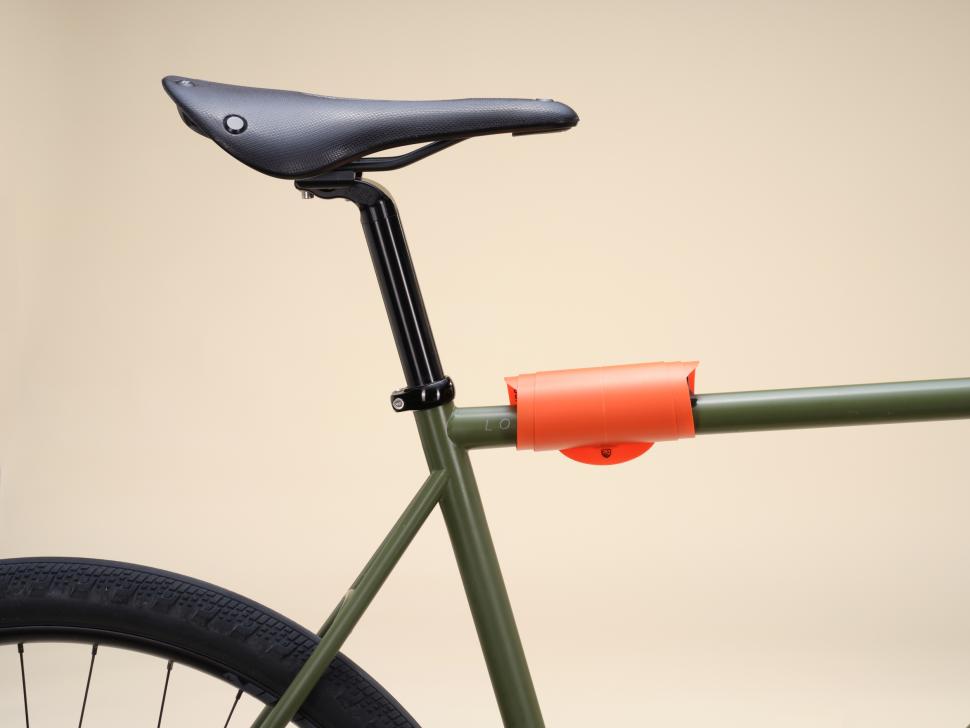 The mudguards made from a 0.8 mm thin sheet of recycled polypropylene are claimed to remain stable on any bicycle and rough terrain too
by Anna Marie Hughes

Slovenian bicycle accessory company Musguard has launched a Kickstarter campaign for the latest version of its rollable mudguards which were first launched back in 2013. The original smashed the $10,000 goal with $44,633 pledged and now Musguard is bringing out the mudguards with increased compatibility as well as new environmentally focused approach with recycled materials used. Bike mudguards protect your bike and rear side in wet conditions, but not all rides are this grim. Musguard’s offering caters for those who don’t want mudguards on the bike all the time. You can get clip on mudguards such as SKS’s Veloflexx mudguards and Crud’s Roadracer MK3, but the USP of Musguard’s offering is it’s rollability and packability for conveniently storing when not in use. “Musguards roll up really small which makes them perfect for packing or storing,” says the brand. “They can even be rolled on the bike frame itself.”

The rear Musguard OMNI now fits a much broader range of bicycles, with the brand claiming it's effectively compatible with every bike thanks to the new silicone coat hook and loop straps. The original version was aimed primarily at the urban, fixed-gear community. It needed to be squeezed between the seat stays and supported by a brake bridge to achieve stability, but the new OMNI does not.

“A new folding and mounting system we spent a year developing makes a really thin sheet of material (0.8 mm) sturdy on it's own,” says Musguard. “It can even be secured firmly to a seat post.”

The OMNI mudguards are produced locally in Slovenia in compliance with EU environmental standards and are now made of a recycled version of polypropylene.

“This was a tough one to pull off,” Musguard admits.

"Minimum orders of any recycled materials are large and costly, but we managed.”

How effective are the mudguards? Well, thanks to the close fit, Musguard promises “they eliminate or drastically reduce the amount of dirt splashed on you while riding. 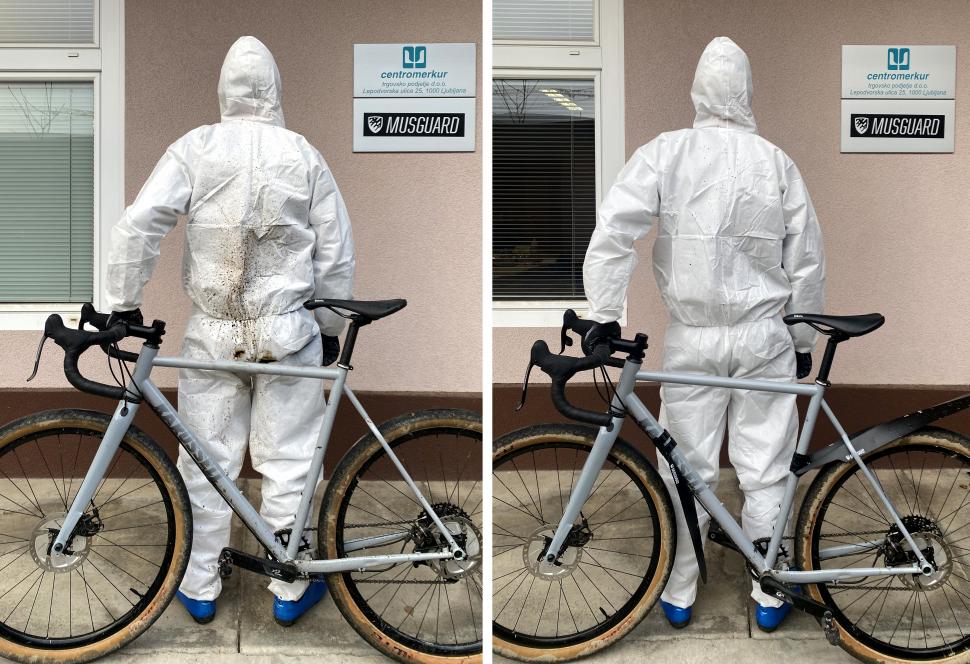 “Low, close-to-the-tyre position is key - the sooner you catch the spray the less dirty you get.”

No tools are required to fit these mudguards. “Application is simple and fast thanks to durable silicone-coated hook and loop straps which grip the bike like there is no tomorrow,” says Musguard. The brand claims the mudguards weighs in at just 90 grams for the set.

You can support the Kickstarter campaign over here.

1
RideLondon: tacks strewn on route and angry petition gains traction ahead of sportive's Essex debut
2
“If the weapon had been a knife or baseball bat the driver might be looking at a prison sentence”: anger over hit-and-run driver's assault on cyclist
3
Moriah Wilson murder: Colin Strickland ‘in hiding’ until suspect Kaitlin Armstrong found
4
Man who killed teen cyclist while driving at three times the speed limit in fog on wrong side of road faces jail
5
Near Miss of the Day 773: Close pass driver sent warning – then “brags they got away with it”
6
“I wholeheartedly disagree with his approach” – YouTube driving instructor Ashley Neal on CyclingMikey
7
Key Bristol cycle lane to be scrapped – because council claims it causes flooding
8
Moriah Wilson murder: Suspect Kaitlin Armstrong ‘fled to New York’