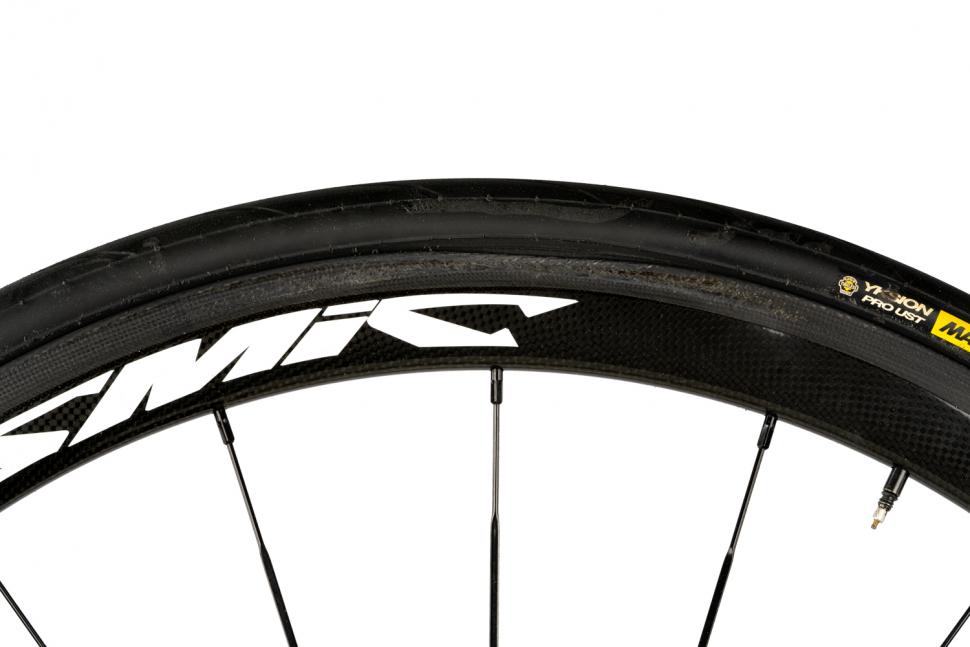 Mavic discovers Mavic-branded fake wheels, buys some, concludes they "will lead to serious injury or death"

Mavic says its investigation, prompted by a cyclist crashing on a set of the fakes, shown a 100% failure rate for the wheels after buying some itself from Asia
by Liam Cahill

Mavic has warned customers against buying fake versions of its products from unregulated sources after its own testing showed serious safety flaws, concluding that “these counterfeit wheels are dangerous and will lead to serious injury or death.”

In a press release, Mavic said this: “A road cyclist almost crashed from his bike descending a small hill and reported the incident to his bike shop with Mavic in reference in 2020. Thanks to this customer feedback to our salesman in the North part of France, we discovered an important source of counterfeit Mavic products from Asia, and activated more investigation and legal action.”

From this we can't be sure that the unfortunate cyclist knew if his wheels were fake or not, but we can surmise that the bike shop he went to told him that it was the wheels that failed. When it was reported to Mavic, the brand realised something was amiss and uncovered that the wheels were from a wider batch of fakes from Asia. Mavic's genuine high-end wheels are still made in France, but it also has facilities in Romania and Asia for mass production.

After this discovery, Mavic then purchased a set of the wheels and subjected them to the same tests that its genuine wheels must pass prior to general sale.

The first test is described by Mavic as a “basic ISO test of braking efficiency (ISO 4210 norm).” This, Mavic says, is not meant to be a destructive test, but simply to run the braking surface in. The test applies ten braking actions to the rim at a speed of 35km/h and a system weight (rider plus bike) of 130kg. A force of 20daN is applied on the brakes. 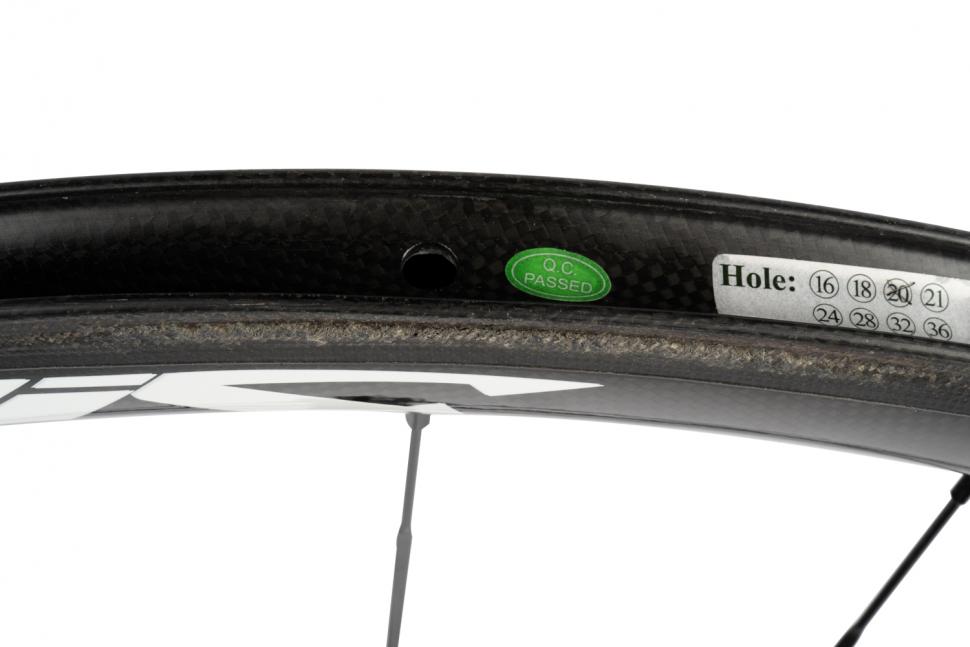 The result of the first test, Mavic says, was that the rim was destroyed. 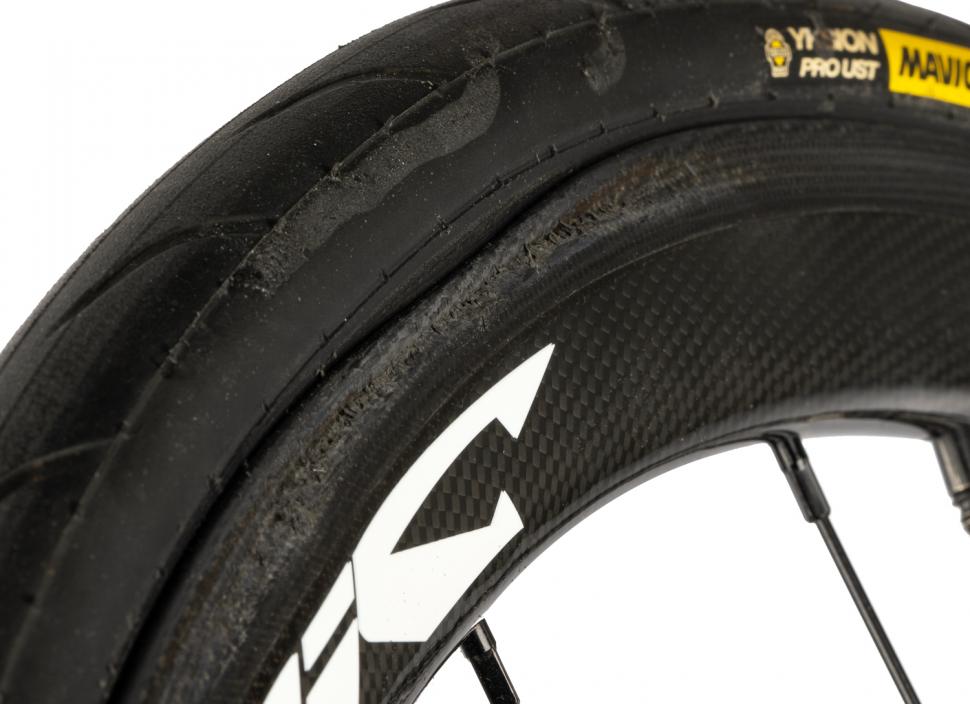 Test two involved applying 50 braking cycles to the rim, which Mavic says aims to “evaluate the effect of a real braking power test.” Details of the load and braking force were not made clear to us, but the rim was once again destroyed. 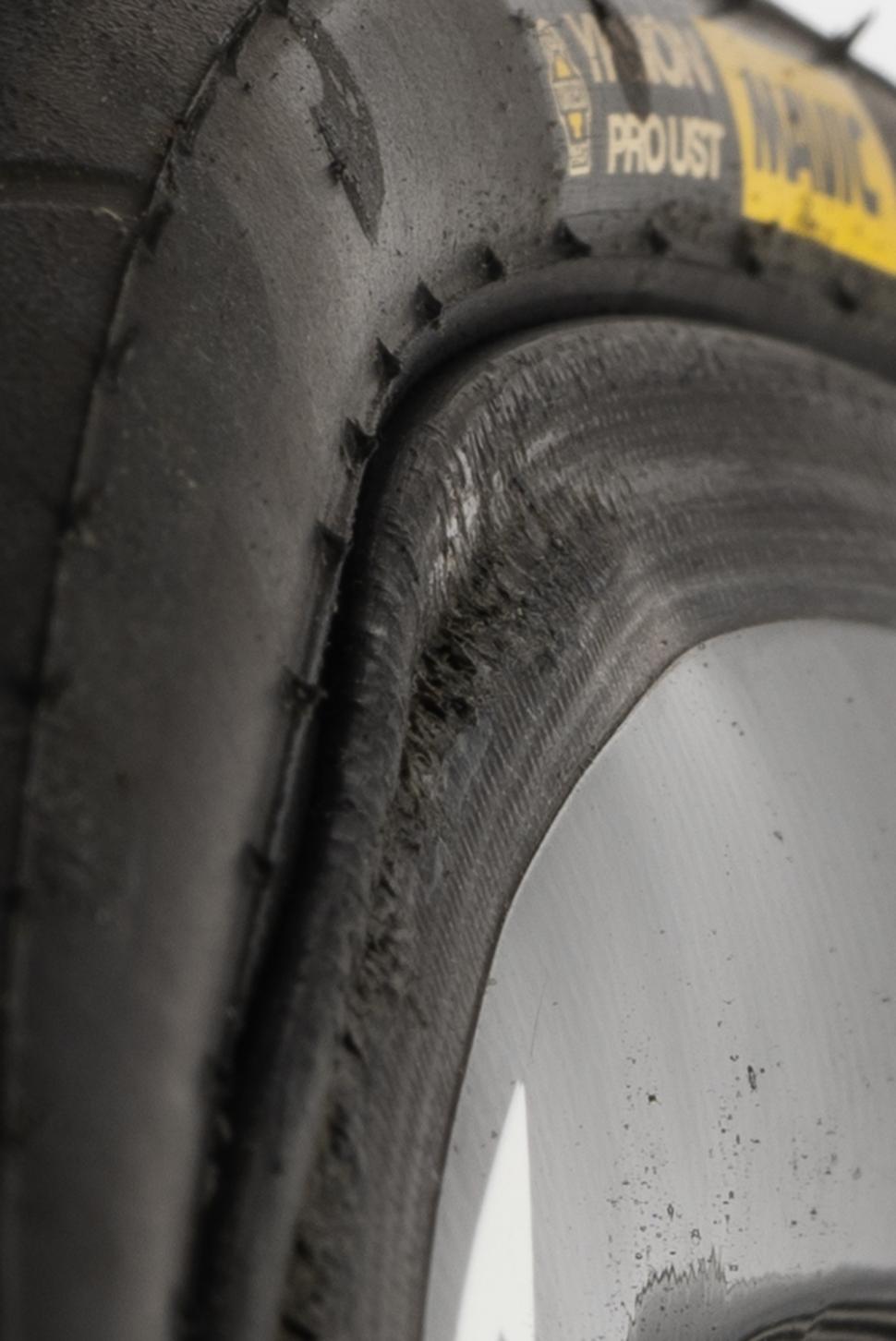 A third and final “lateral endurance” test was used to measure the fatigue resistance of the spokes and hub flanges. These parts, Mavic claims, should withstand 200km and 300km respectively within the test. Mavic says that the spokes failed “after only 50% of the target distance” while the hub managed 90% of the distance. 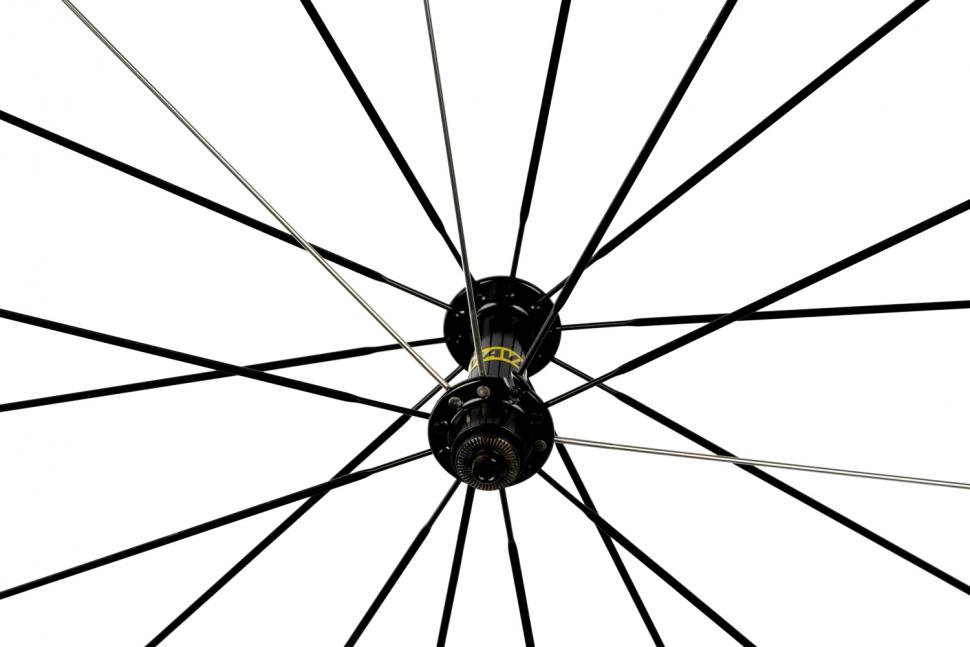 In conclusion, Mavic said that the wheels are “failing the very basic validation tests that would ensure some safety and reliability to the owner.”

While the visual differences between a genuine and a fake product may be apparent to some, Mavic says that customers should look for telltale signs of a counterfeit when purchasing. Signs in the design of the wheels can include poor quality stickers, a lack of the Mavic logo on the hubs and the use of the wrong Mavic logo.

Structural signs can include the use of J-bend spokes, an incorrect spoke count and differences in the rim height and width when compared to a genuine wheelset.

Mavic isn’t the first to launch legal action over counterfeit products. FSA has done so in the past and like Mavic, FSA said that safety concerns were at the heart of its efforts to stop counterfeits of its products being produced.

Fancy some proper Mavic wheels? Be sure to check out our bumper guide to the 2021 range here.