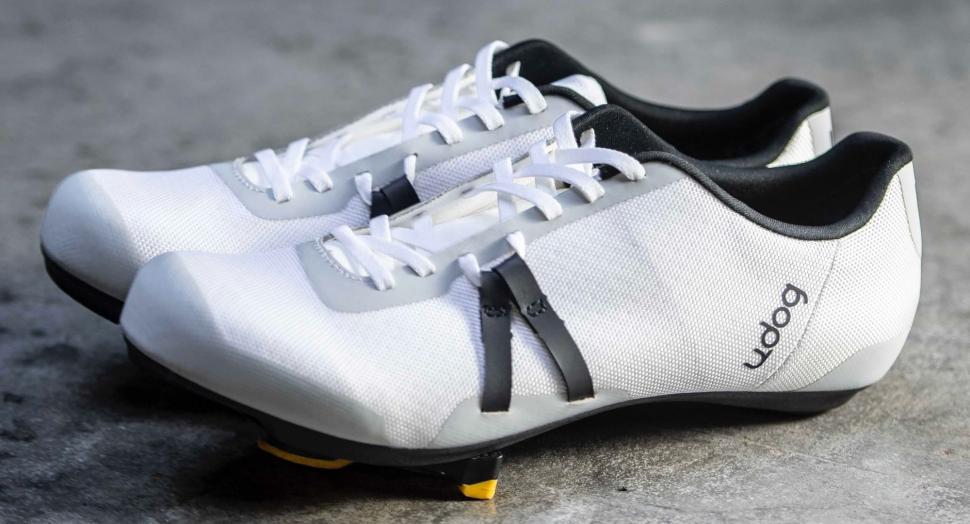 Laces connect to straps that run between the insole and the outsole, designed to improve comfort and support
by Mat Brett

New direct-to-consumer brand Udog has revealed its first cycling footwear called Tensione which features a ‘Tension Wrap System’ (TWS) with straps under the insole that are designed to increase comfort and support.

“The new Tensione shoes incorporate a patented dynamic system that hugs the metatarsal area of your feet from the instep to the bridge for an optimum fit,” says Udog.

“It features a dynamic system of TPU [thermoplastic polyurethane] laminated straps that wrap the insole from one side of the shoe to the other. The hybrid lace-up closure system provides 18 points of contact between the foot and the shoe upper holding your foot for complete support during the entire pedal stroke.”

The laces thread through the tops of the TPU laminated straps, of which there are two per shoe. Each strap is initially external before entering the shoe upper and then running between the insole and the outsole before exiting on the other side. The idea is that tightening the laces tensions the straps and “wraps the rider's foot from bottom to top”. 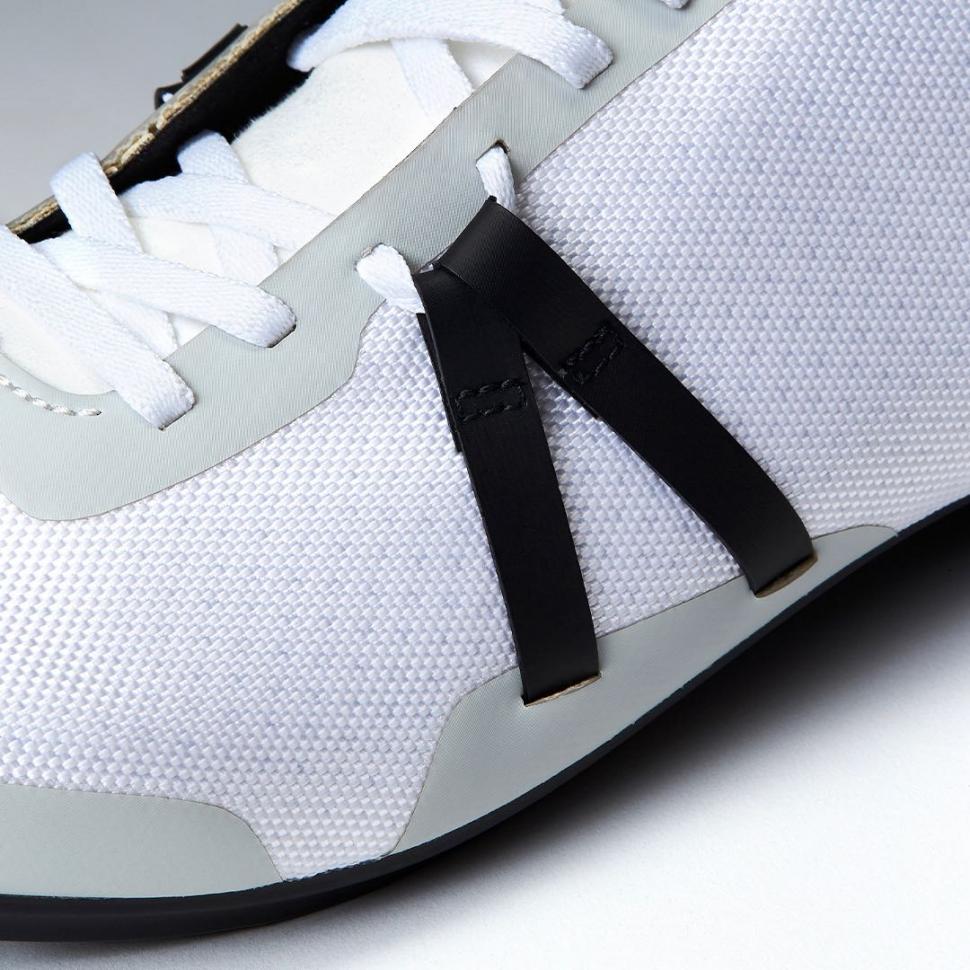 Udog says that as well as providing a snug fit, this means that “as you pull up you do not count only on the upper but also on the Tension Wrap System to transfer your pressure to the pedal”. 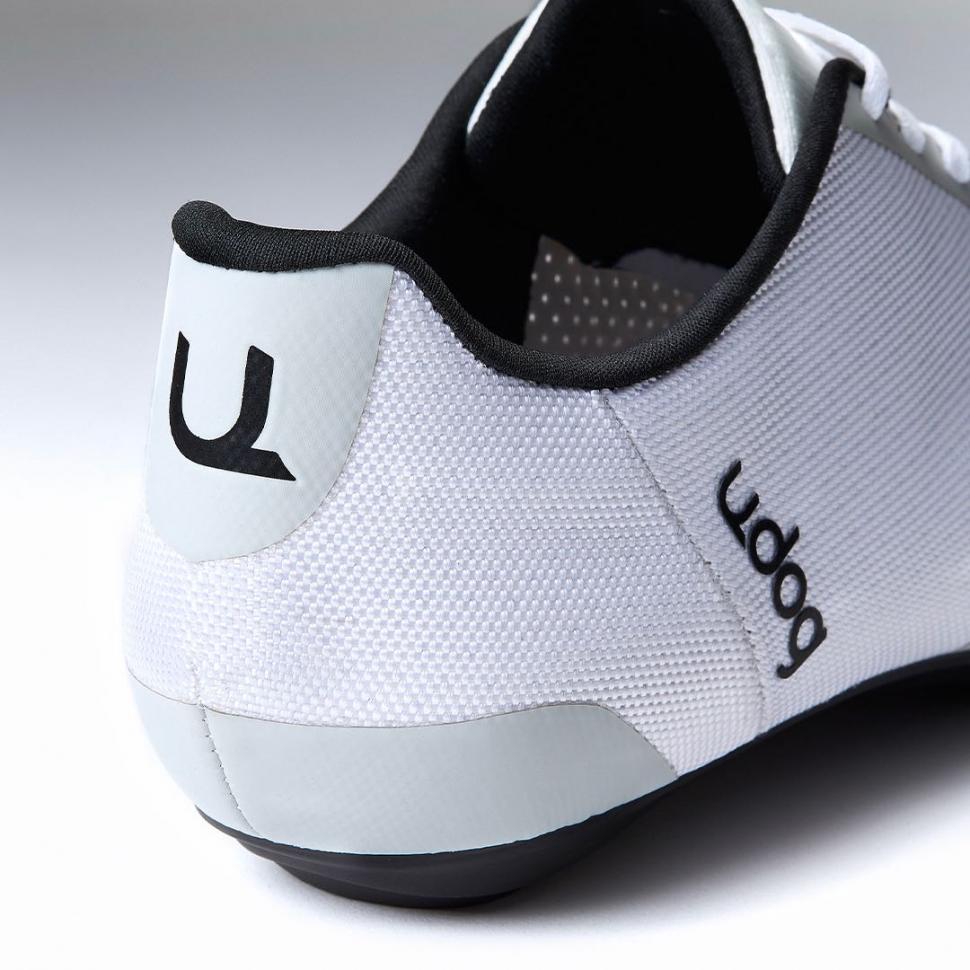 “The shoe has been developed with comfort in mind,” says Udog. “Tensione is shaped to offer a generous toe box and a deep heel cup. The design is remarkably minimal, eliminating all plastic and metal hardware which typically create pressure points. The hybrid lace-up closure system allows Udog to use upper materials that are softer and more comfortable when compared to standard cycling shoes while minimising stitching.”

The upper is made of technical 3D nylon mesh that is said to be light, soft and breathable, and TPU. 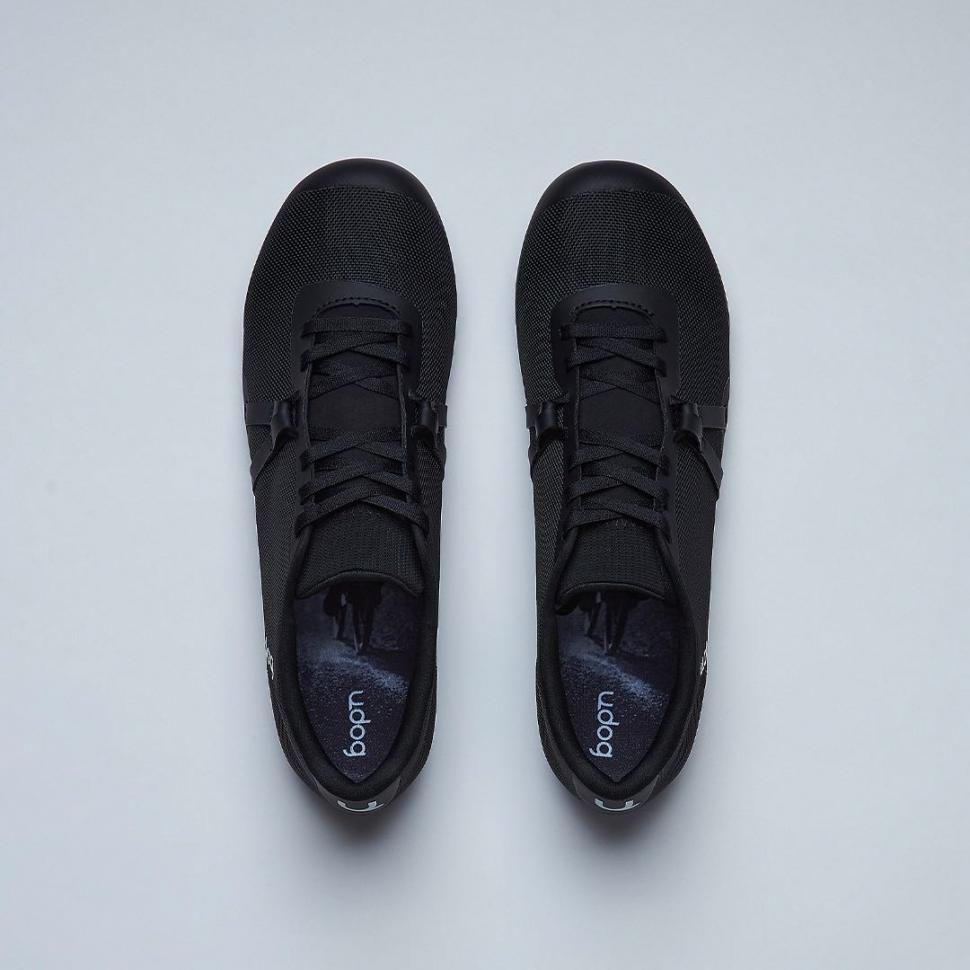 Udog says that it uses proprietary laces that are flatter than usual to create a better knot and avoid loosening.

The composite carbon-nylon outsole features a ventilation channel along with integrated rubber heel and toe caps. Udog says that you get generous fore/aft bolt adjustment for precise fitting and that the large metatarsal platform makes for easy cleat engagement. The soles are three bolt for Look Keo, Shimano SPD-SL, and similar pedal systems.

Udog claims a weight of 254g per shoe, or 508g for the pair, in size 42. That’s pretty lightweight, especially considering the £130 price tag. The £139.99 Scott Road Team Boa shoes that we reviewed were 558g in the same size, for example. Laced shoes do tend to have a slight advantage on the scales. 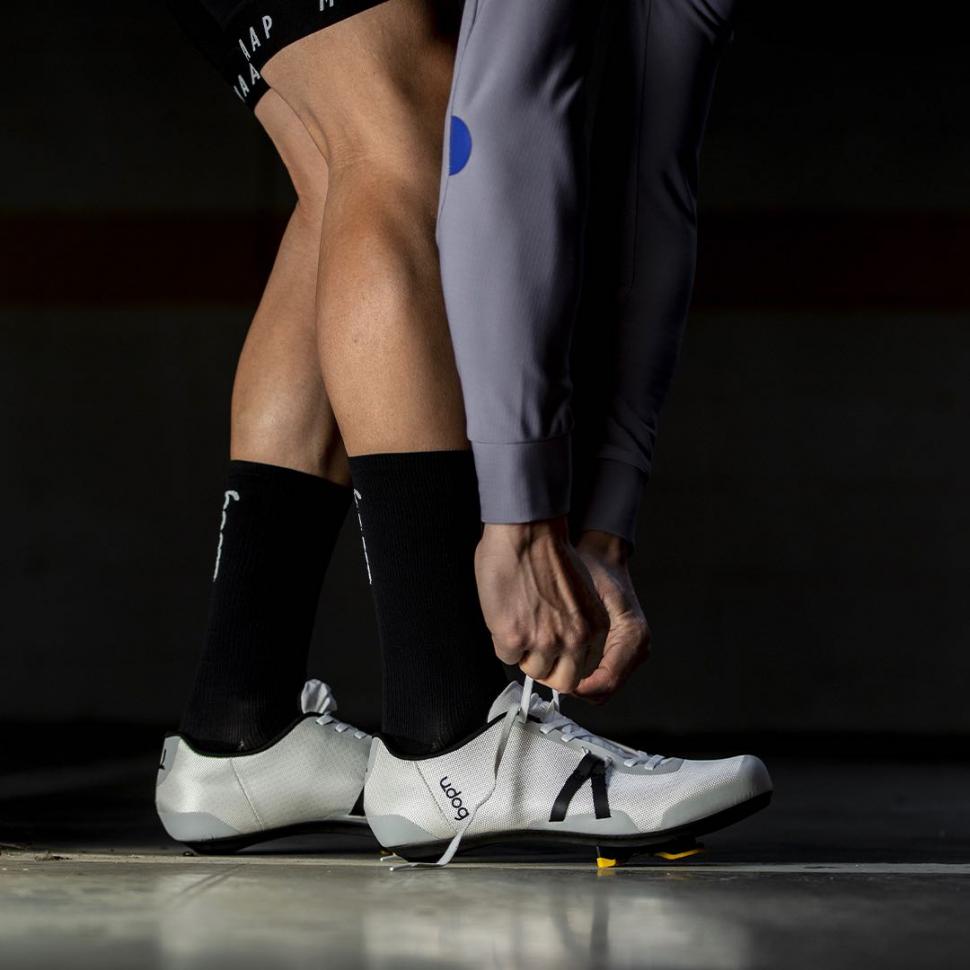 The Udog brand was founded by Alberto Fonte and Antonio Gerolimetto, both of whom have considerable experience in the cycle shoe industry having worked for Fizik in the past. Alberto designed the Tensione. The Udog name is a contraction of the word ‘underdog’.

The brand is selling direct to consumer to improve value for money and aims to create “a series of shoes driven by innovative design, comfort and aesthetics”.

Udog Tensione shoes are unisex, come in 15 sizes from 38 to 46, and are available in Pure Black and Arctic White. You can buy them now for £130 at www.udog.cc with shipping from 15th March 2022.

We’re expecting a pair of Udog Tensione shoes to arrive for review soon.