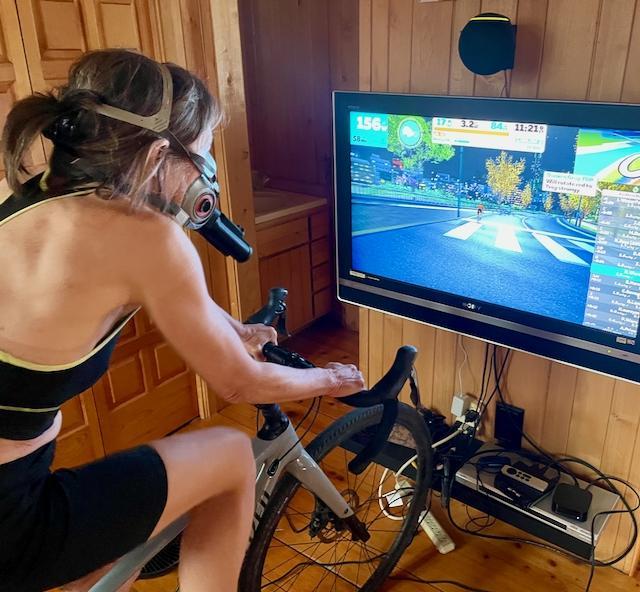 If you’re into DIY, Instructables has designed a device you can build to use for continuous VO2 readings instead of your heart rate on Zwift
by Anna Marie Hughes

Instructables has designed a device you can make at home yourself which it claims provides accurate VO2 readings, that can be displayed on the Zwift screen while you are pedalling as a substitute for heart rate sensor data. It can also be paired with the Strava app. 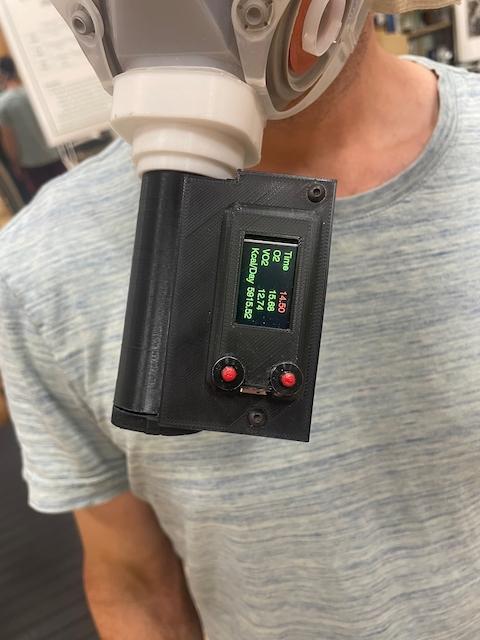 This opens up a new metric for monitoring and measuring your training, and it’s pretty cheap too. The cost of the parts for Instructables' homemade V02 reading device comes to just around £130, but you’ll need a 3D printer to make the case for the device, though.

> Getting a VO2 max test

The output of the device includes the continuous output of VO2, calories consumed and volumes of expired gas. It can also perform functions such as Basal Metabolic Rate.

First off, why is measuring V02 something that you should consider using for your regular workouts?

Instructables summarises: “Human bodies are engines that utilise oxygen to burn fuel. Humans are not built with gauges and checking to see how the human engine is running is usually based on things we find easy to measure: pulse, blood pressure. These do not directly tell us how the engine is burning its fuel.

"Measuring the amount of oxygen used with exertion provides better information on how hard the bodies engine is working - the equivalent of looking at the gauges on your cars dashboard.”

The main parts to the homemade device are a differential pressure sensor, an oxygen sensor (both of which are connected by I2C to a TTGO Esp32 microcontroller with screen) and a lipo battery with switch. 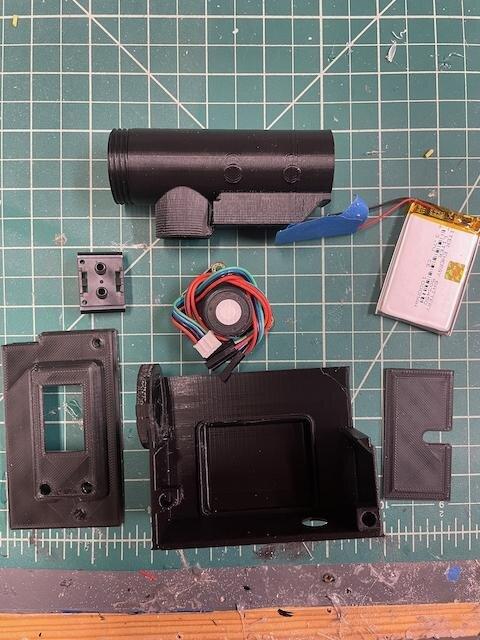 The original unit included a Laser CO2 sensor and an analogue version of the differential pressure sensor, but Instructables explains that the digital version of the sensor was found to be "much more accurate" and with a better range of 1--250 Pa. Instructables reckons you can make your own for around $100, that’s equal to about £75.

That said, when searching for these products online myself, it’s looking like you can expect to pay around £130 for sourcing all these parts in the UK.

Here’s your shopping list and the roughly what you can expect to pay for each item:

Then you’ve got to make the case for the unit...well 3D print it, anyway. Instructables has all the files you need for this over here in the 'Step 2: 3D Print Your Parts' section.

The body of the unit consists of three parts, "the most important being the venturi tube with ports for both the differential pressure sensor and the oxygen sensor,” Instructables explains.

“The measurements of the internal structure of the throat are carefully laid out and measured and cannot be changed or it will drastically effect the results of the output.” 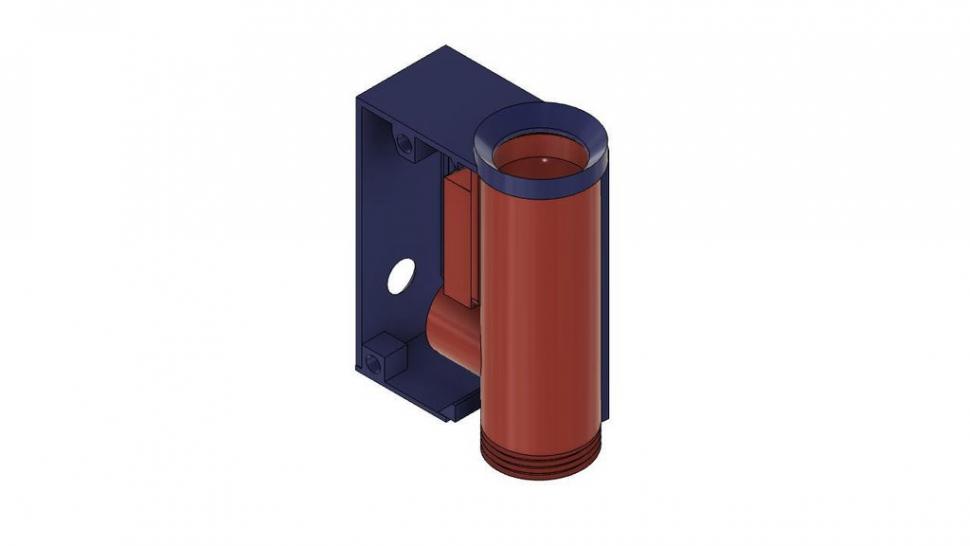 Instructables fully runs through the process of wiring, building, programming and pairing the device with Zwift and Strava in its thorough coverage of the device over here. 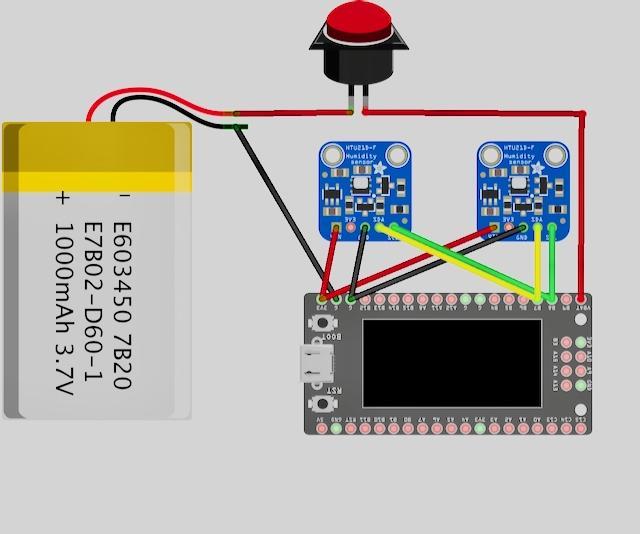 How does this program work with the device? “The loop function checks the Omron sensor for a pressure drop and initiates a time function to calculate the total volume of air moving past the sensor using Bernoulli's equation,” Instructables explains.

“Every five seconds if there is no breath the seeO function is called to check the O2 level.

“At thirty second intervals the goFigure function calculates the minute volume of expired O2 and calculated levels of CO2 and VO2 Max.

“The program sends the bluetooth characteristic to the Zwift receiver on either your Mac or Apple TV masqueraded as the Heart Rate which approximates a typical VO2 max level.

How accurate is it?

Instructables says it tested the device in a physiology lab against a $60,000 (~£45,000) machine that’s normally used for testing VO2 max, finding that it gave “about the same results”.

In order to achieve its compact form, Instructables admits several compromises were made in the design of the homemade device, with the most significant being the omission of a CO2 sensor.

“CO2 sensor data helps refine the difference between volume inhaled and exhaled which are not exactly the same,” Instructables notes. “Volumes of these two gases relative to unchanging amount of nitrogen in room air makes this possible, but is this a really significant difference? Humans are a fairly subjective test animal and within the limits of testing humans do these things matter?”

Instructables took its unit to the University of Alaska physiology lab to put it to the test against a $60,000 (~£45,000) machine that’s normally used for testing VO2 max. All machines are benchmarked for checking a standardised volume with a three litre syringe; the findings were that the lab unit passed with all measurements being +/- 50cc, while the Instructables unit achieved +/- 100cc accuracy.

“An error this small over litres of air/min is not that significant,” Instructable claims. “Standardised gas (O2 16%) was then passed through our O2 sensor and found to be off by only 0.16%.

“We then ran our test subject through two levels of testing on the treadmill. The results from both O2 volume and VO2 readings were nearly identical."

It adds: “While there was significant minute to minute variability in the VO2 output from the lab machine the averages per minute turned out to be about the same with each instrument.

Instructables notes that a more thorough test would involve more test subjects and extended periods of testing of each instrument.

You may not want to go through the hassle of building one yourself, but is a portable VO2 reader a product you’d consider buying? Let us know in the comments as always!