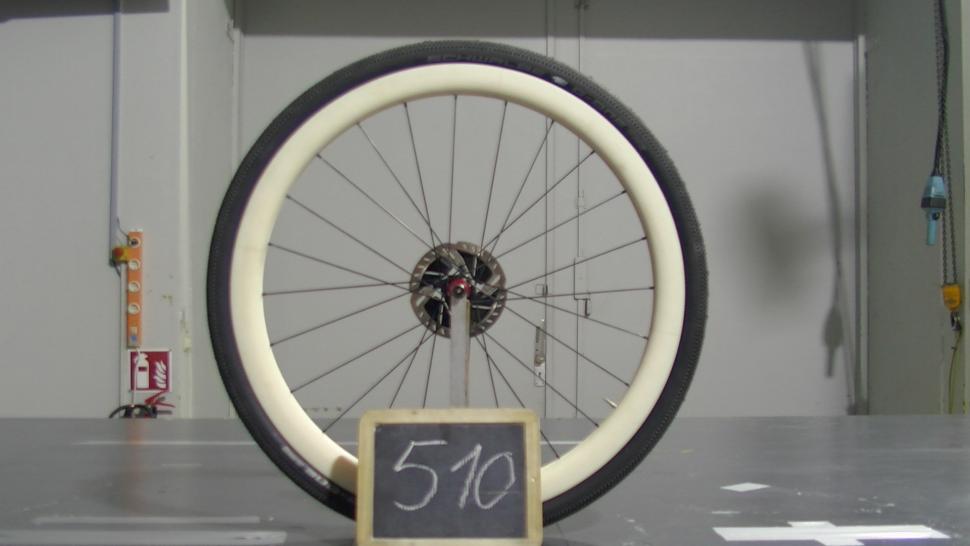 Is aero the next big thing in gravel? Hunt says so, and here's why

Wheel brand has been to the wind tunnel to find out how much time you can gain on gravel by reducing drag, and the results might surprise you
by Liam Cahill

British wheels brand Hunt has been to the wind tunnel to find out whether aerodynamics makes a big difference to gravel riding performance, and found that it's a hugely important factor.

Hunt says that in the 200-mile Dirty Kanza, perhaps the world's most famous gravel event, using an aero-developed rim might save you more than six minutes over a standard rim. 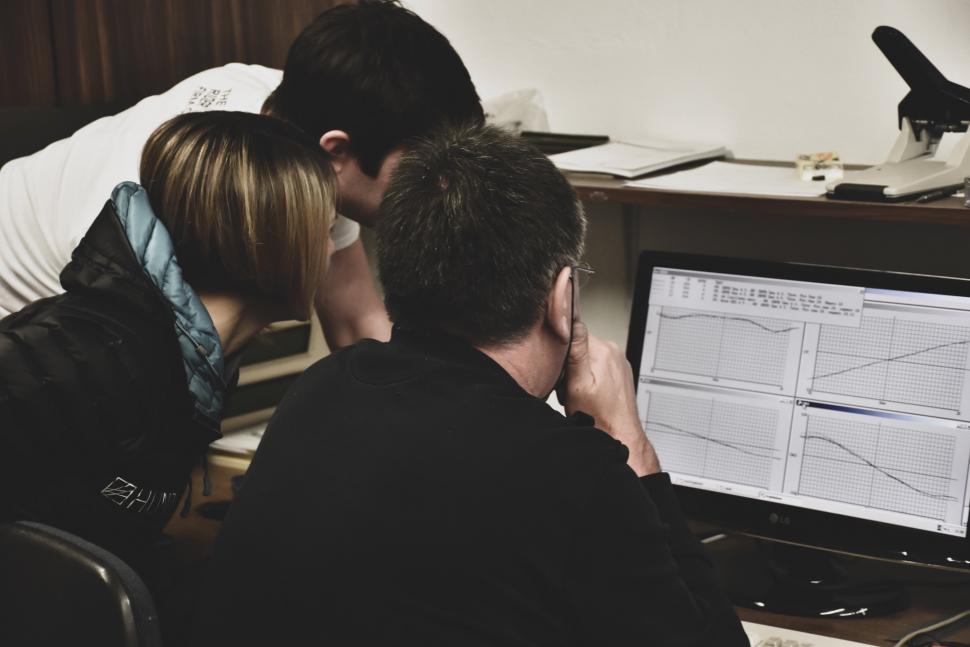 Why is the question even being asked? You might have heard people say that typical speeds on gravel are too low for aerodynamics to matter much, or that turbulence created by large and knobbly tyre treads means that it's not worth focusing on.

On the other hand, the 3T Exploro, which Mat reviewed in 2016, was revolutionary for having aero performance as a key design feature. It has been used to win the Dirty Kanza.

After numerous questions from customers and internal debates, Hunt headed to the GST wind tunnel in Immenstaad, Germany where they developed their Aerodynamicist wheel range, to find out for sure.

Aero is a bit of a hot topic in the world of gravel right now with many racers dividing opinion by using aero clip-on bars. A section of the gravel crowd sees aero as a ‘vibe’ killer, but that hasn’t stopped Hunt from find out how much aero matters on the unpaved dirt roads.

Put simply, Hunt says that yes, aero matters for gravel. If you’re not interested in the science below then at least you have an answer. Want to know more? Well, here’s what Hunt says their paper looks into… 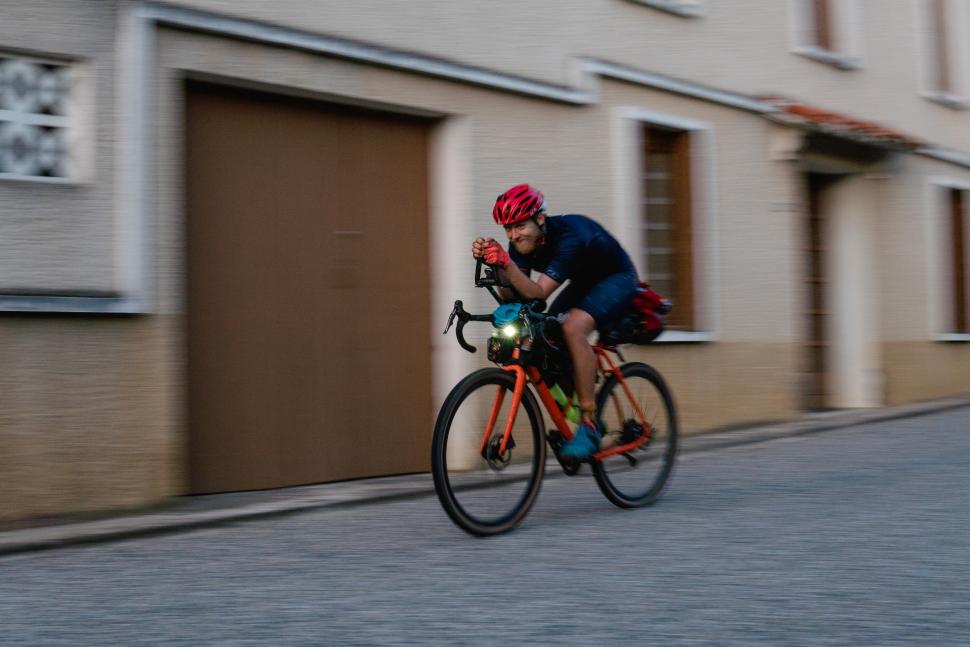 “This research white paper will discuss the testing and results that Hunt has yielded in understanding how the rim profile (depth, width), and gravel tyre options, (tread, width) affect the aerodynamics when considering the specific conditions appropriate to gravel racing seen at an event like Dirty Kanza. It will present how and why aerodynamic performance is an extremely important factor in the conditions and quantify those performance benefits of an aerodynamically designed rim compared to a normal rim designed without aerodynamics in mind.” 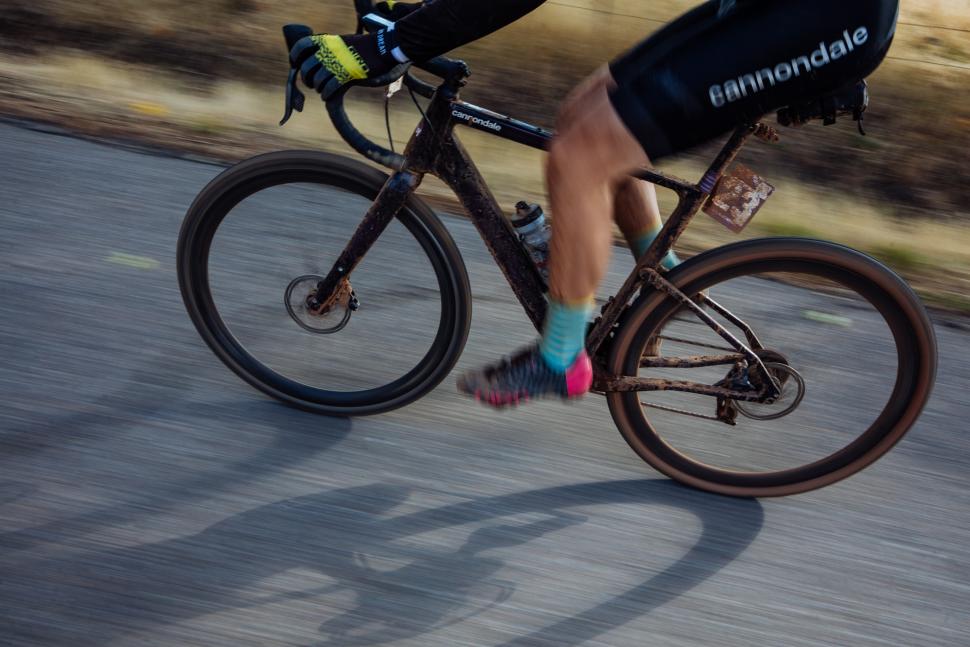 During their research for the Limitless wheels, Hunt found that in order to achieve optimal aerodynamic performance across a range of yaw angles, that the rim profile should be very wide with a truncated edge (blunted spoke bed) to help airflow stay attached. This assumed that there wouldn’t be a large obstacle in the way of the airflow but as anyone running gravel tyres will know, a gravel tyre is quite a bit wider than the rim. So Hunt assumed that this, along with the added knob height of a gravel tyre, would cause early separation of the flow from the rim. That’s not good for aero performance.

22 of the best gravel & adventure bikes — super-versatile bikes that are at home on lanes, potholed streets and dirt roads

At the wind tunnel, Hunt tested only the front wheels in order to remove as many variables as possible.

“The front wheels were set up using the specific single wheel rig, having been fitted with the same Schwalbe G-One 38mm tyre. Before each run, tyres were inflated to 100psi and aligned in the wind tunnel.”

100psi is a lot more than you'd run in a tyre of this type, but chose this pressure in order to ensure consistency in terms of the tyre's profile across the runs.

“For each run, the wheel was driven by the rollers at 32 km/h (20mph) and air was passed through the tunnel at a constant matching speed. The turntable was then rotated continuously through yaw angles between -20° and +20° to the oncoming airflow.”​ 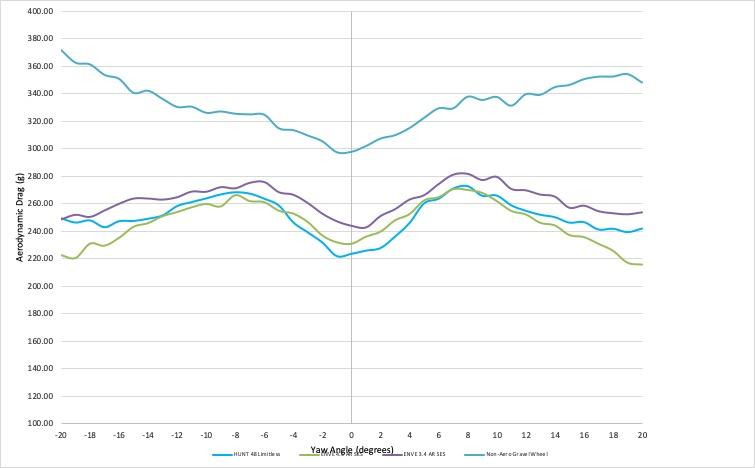 Right then, on with the important bit: the results. What does it show? The headline is that in terms of aerodynamics only (not including any other forces) the non-aero Hunt gravel wheel was a whopping 9 watts slower than the fastest wheel, the Enve 4.5 AR SES. In terms of time gained over the course of the 200-mile Dirty Kanza, that’s six whole minutes.

"Looking more closely at the drag curves, the three aero optimised wheels generally exhibit a reduction in drag at yaw angles after ± 8 degrees, whereas the non-aero optimised wheel does not and in fact trends up in increasing drag, another factor in the performance gap," says Hunt. 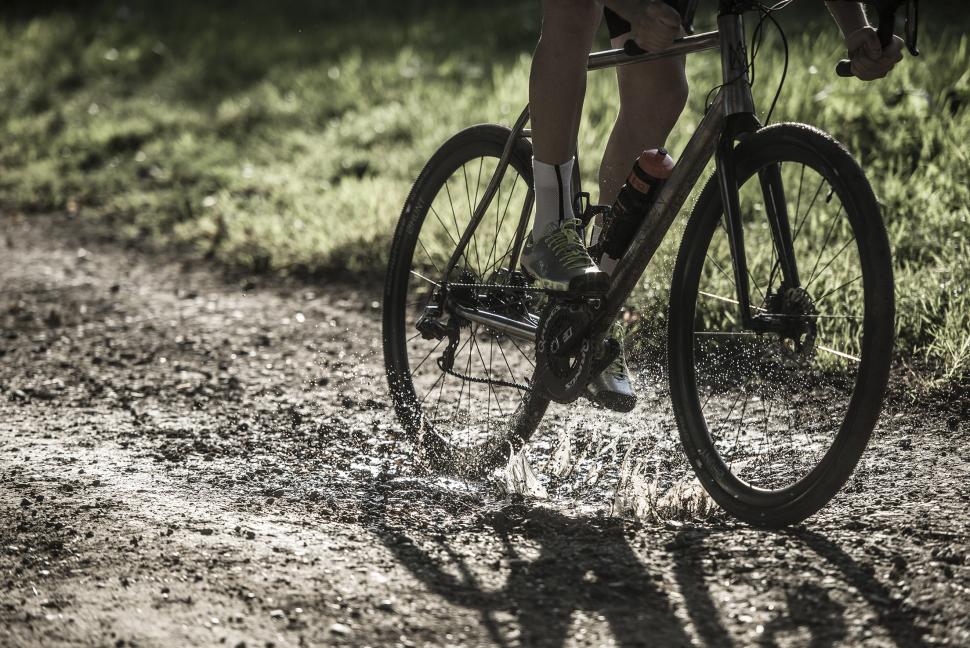 So, according to Hunt's data, aerodynamics matters greatly on gravel.

And that's not all. Hunt suggests that "if considerations are made to optimise a rim to a gravel tyre, then the gains could be reasonably significant".

Could Hunt be about to concentrate its efforts on aero rims that are optimised for gravel-tyres, then? We'll have to wait and see.

This might be concerning if you’re all about the laid back gravel vibe because, just think, the aero might not stop here. Heaven forbid, we could be heading towards speedsuits in gravel racing!

1
"Tired of road crime": CyclingMikey on episode 16 of the road.cc Podcast, plus how to make the most of your lunchbreak
2
TV surgeon and cyclist killed after collision with motorist in Essex
3
Brompton drops its ‘lightest bike ever’: new 7.45kg titanium version of iconic folding bike revealed
4
Near Miss of the Day 701: Speeding bus driver “very lucky” to avoid prosecution for close pass (includes swearing)
5
Stages will retrofit a power meter to your existing cranks
6
Conservationists blame "anti-social" cyclists for New Forest damage
7
Bowman Cycles liquidates after "absolute clusterf**k" of supply chain issues
8
New cycle lane blamed as family home to be demolished for roundabout redevelopment