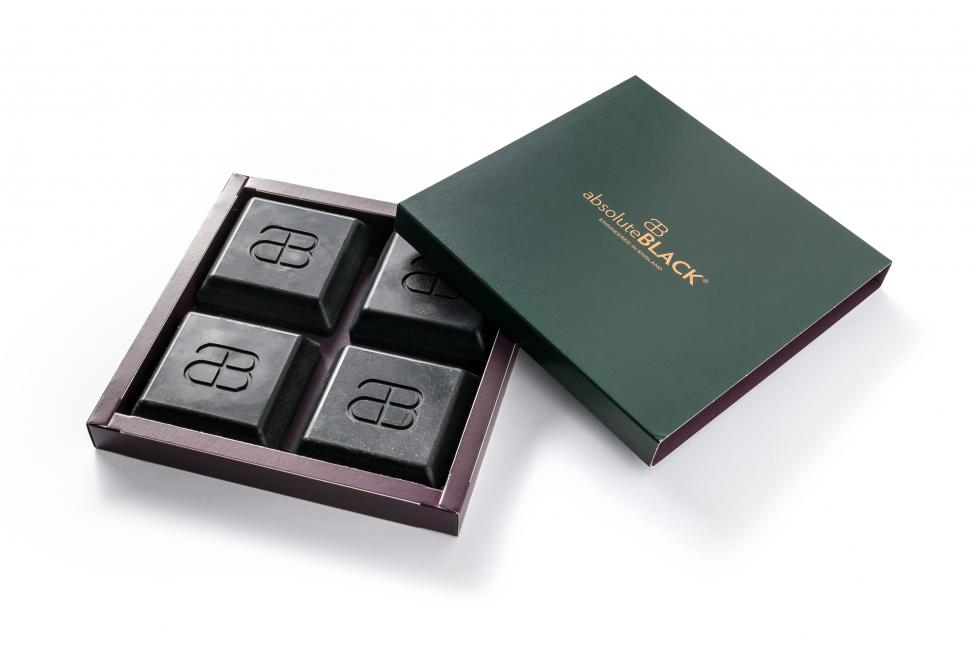 The GRAPHENwax is AbsoluteBlack’s new pliable hot wax lubricant which aims to defy the drawbacks of regular paraffin waxing. This comes from the brand who produced the world's first hydrocarbon-based chain lubricant containing graphene, costing a whopping £114.99 for 140ml.

AbsoluteBlack says its new hot wax lubricant has “excellent durability whilst maintaining impressively low friction for a prolonged period of time, in both, wet and dry conditions”. A quieter performance is also said to be delivered as the wax sticks better to the side of the link plates.

Breaking in the chain with the GRAPHENwax is reportedly significantly easier compared to other hot melt waxes. AbsoluteBlack says that once the chain cools all that needs to be done is to run the chain between two fingers along its entire length, as shown in the video below.

The new wax is said not to chip, leave any marks or crumble, which means no mess putting the chain on the bike, and when in use while riding the wax protects the drivetrain for longer.

AbsoluteBlack explains that it hasn't used Tungsten Disulfide (WS2) nor Molybdenum Disulfide (MoS2) additives in the formula, as it claims these substances only exhibit low friction qualities in vacuum or inert gas, and they rapidly oxidise in air giving them a short life span. Neither does the formula contain any oils or paraffin oils as this is also said to adversely impact the friction.

Other claimed benefits of the GRAPHENwax include quicker melting in the crockpot and no worries about the wax melting off the chain on a hot day. 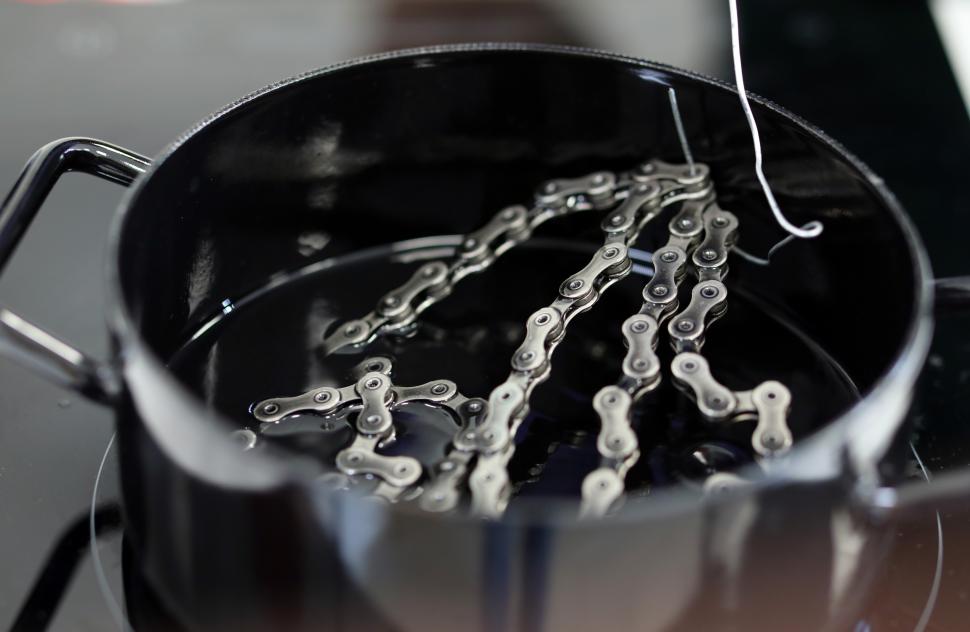 The GRAPHENwax is available now priced at £24.95, which is half the RRP. That introductory offer will end on 1 March next year.

The brand launched its incredibly pricey £114.99 GRAPHENlube earlier this year in June, which came with bold claims of "3-10w savings over other lubes" and promises of lasting up to 1800km on a single application. We featured Graphenlube in this video, and found that claims of lower friction did seem to add up...

To find out more, head over to absoluteblack.cc.

1
Richard Dawkins claims “psycho” cyclist smashed up his Tesla – while he was in it
2
Twin brothers in court charged with murder of charity cyclist in Scotland
3
Owner of van with spiked wing mirror claims it is to deter vandals, not harm cyclists
4
Highway Code changes aimed at protecting cyclists to become law next month
5
Welsh rugby star Shane Williams seeks “knob head” who stole his one-off bike
6
Mark Cavendish reveals ‘hole behind heart’ after serious crash in Belgium
7
Near Miss of the Day 669: Cyclist confronts driver after 'worst overtake I've ever seen'
8
New Zealand MP goes into labour, cycles to hospital to give birth