The fastest road bikes at EuroBike 2019
by Liam Cahill

EuroBike is a great place to see a wide range of aero bikes, from both well-known brands and smaller start-ups.

Aside from the trend of indoor cycling, EuroBike seems to be more aero than ever, with lots of integration to see and not many cables on display.

Details on this rather tasty aero bike are a little vague, but we know that this disc brake Dura-Ace build comes in at 7.2kg and there is a Special Edition frameset in the pipeline that will trim 200g off the frameset.

You've got the option of using rim or disc brakes, with the rear dropout and fork being customisable when you order. The rim brake version will hide the rear calliper under the bottom bracket.

There is a cutout to put the downtube bottle neatly into the frame which we can only guess is all about the aero.

We'll have a more detailed look as soon as we get more info.

Look's stand was a maze of interesting toptube shapes but our eyes were drawn to this, the 795 Blade RS.

This aero bike features a decent amount of front-end integration, but the slit rear stays are the nicest feature. 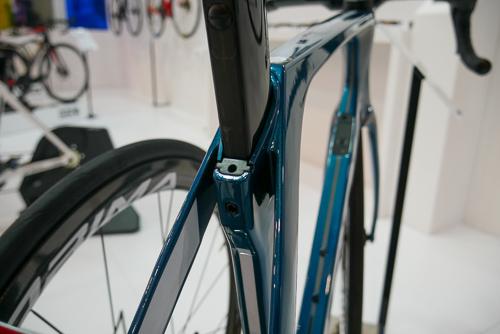 The rear triangle is designed to offer more traction which is an interesting claim and something we'll be keen to check out ourselves.

Belgian bike brand Ridley has their Noah Fast Disc on display, one of the few bikes to use trip lines in the outer carbon layer.

This aero trickery, like the tabs at the bottom of the forks, certainly helped Caleb Ewan to sprint victories at the Tour de France this year. 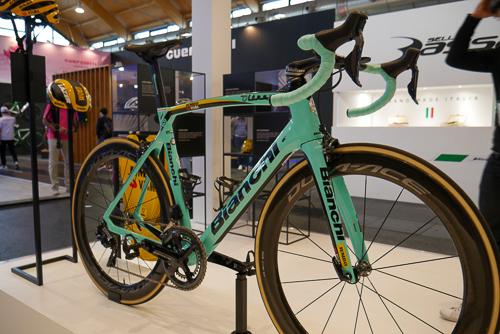 It's not got the cleanest front end, but it's rather telling that the Jumbo Visma team riders use this aero bike on the biggest mountain days. 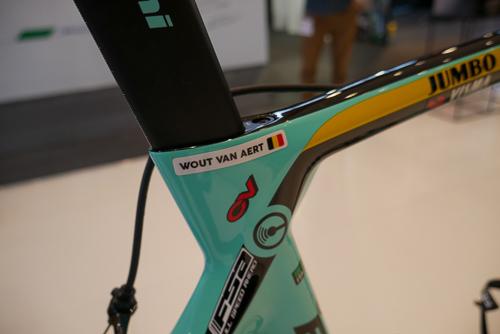 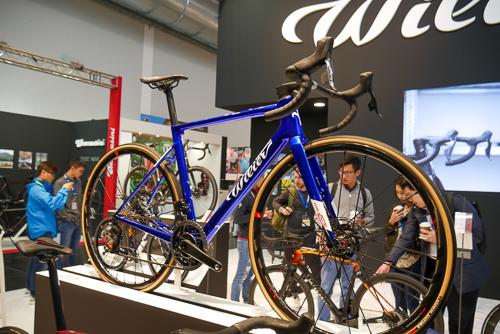 Wilier's Zero SLR is a great example of a standard road bike that has been given the aero treatment. 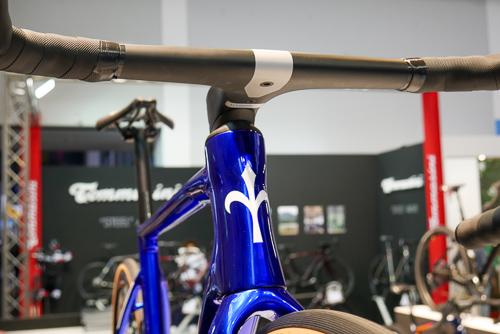 Despite the full integrated cables, Wilier say that the focus of this bike is stiffness to weight.

Mat Brett took a closer look at this beautiful bike. We first heard about Italian brand Exept just before the North American Handbuilt Bicycle Show (NAHBS). It was there that they launched their rather nifty and very sleek-looking bikes but this is the first time that we've seen them in the flesh.

The custom design doesn't come cheap at €5,500 for the frameset, but this is certainly one of the most unique bikes out there.