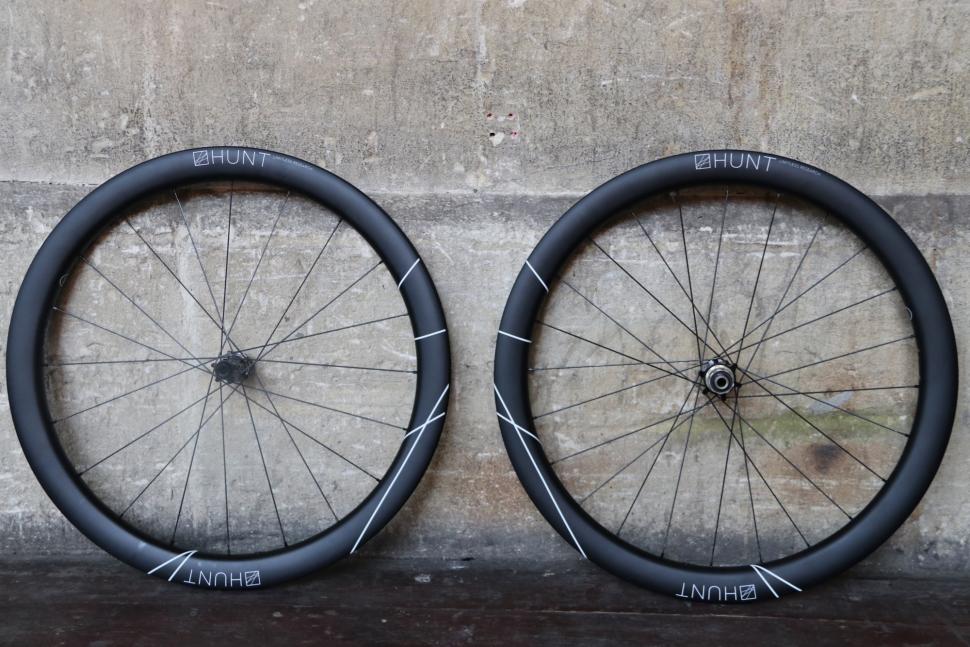 Hunt claims that its new 48 Limitless Aero Disc is faster than any other wheelset of its kind with either 25mm or 28mm tyres fitted.

We first told you about the Limitless wheels in January 2018, although they didn't have a name at that time. We decided to follow the creation of Hunt's new wheel from prototype through to completion. The aim was to develop a disc-specific aero wheel for 28mm tubeless tyres. 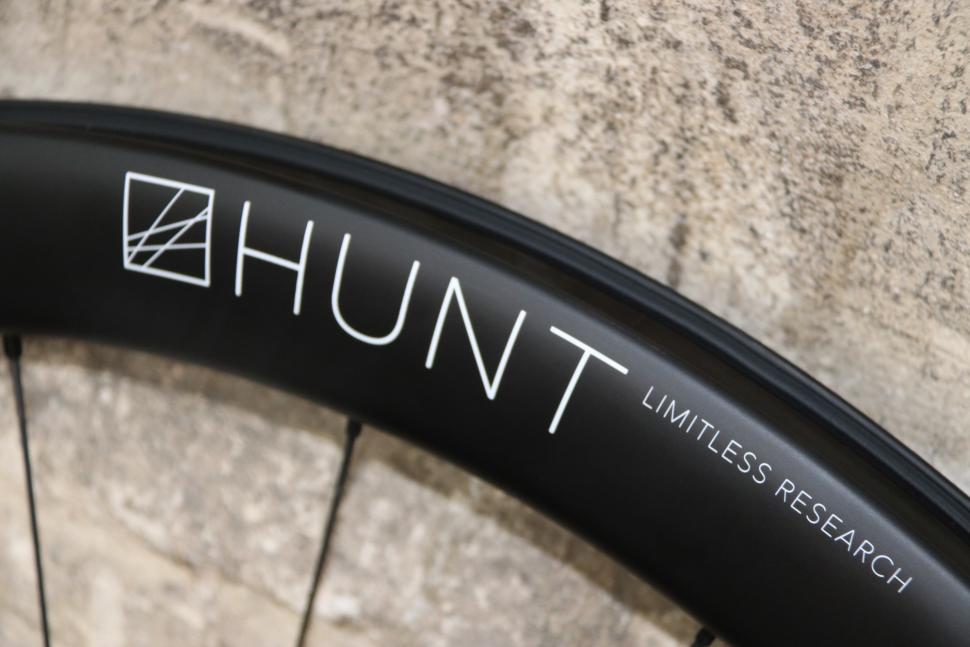 Why the focus on 28mm tubeless tyres?

“We’re starting from the standpoint that many of us want the increased grip, lower rolling resistance, greater puncture protection, lower pressures and improved ride quality that you can get with wider tubeless tyres," said Hunt's Tom Marchment at the time.

If you want more details on that, check out Reinventing the (aero disc-specific) Wheel with Hunt - Pt I The Limitless project has been led by Engineering and Product Manager Luisa Grappone who, with lots of experience in designing aero bike wheels, was convinced that the key was to go with a wide rim with a bigger radius at the spoke side. Although rim brake wheels have a brake track width that's limited by the rim brake calliper, disc brake wheels have no such restriction, allowing far broader profiles to be used.

A whole lot of wind tunnel testing and interpretation of the results helped Hunt develop its ideal shape, which you can read about here. 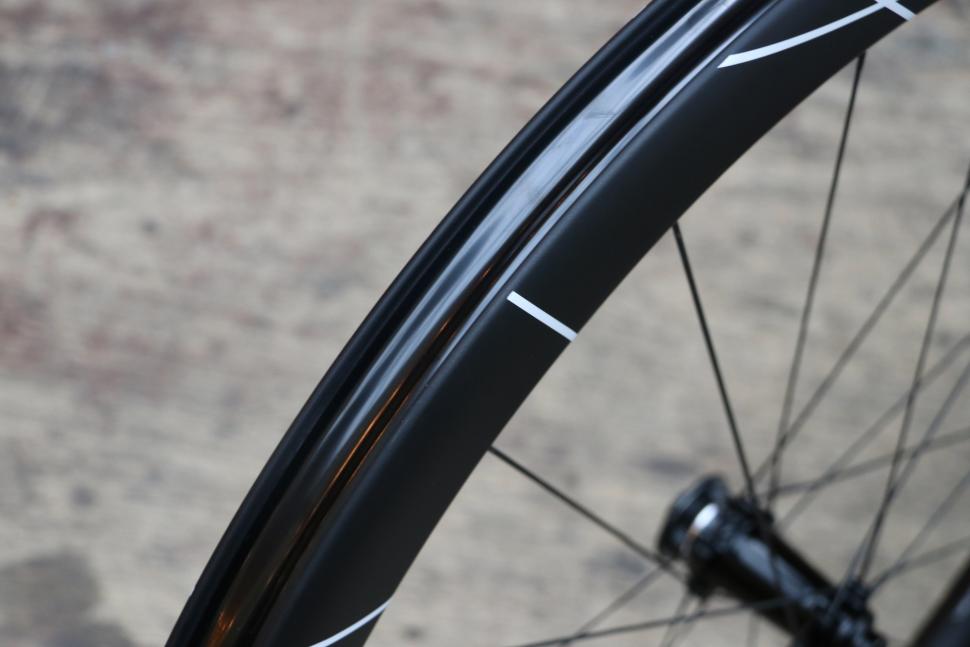 The final rim profile is 48mm deep with a very wide profile, bulging outwards from the tyre interface to a maximum of 34.3mm. Bear in mind that the stocky Zipp 303 NSW has a maximum width of 26.5mm and Zipp 404s are 27mm at the widest point, so the Hunts are over 25% wider than either of those. 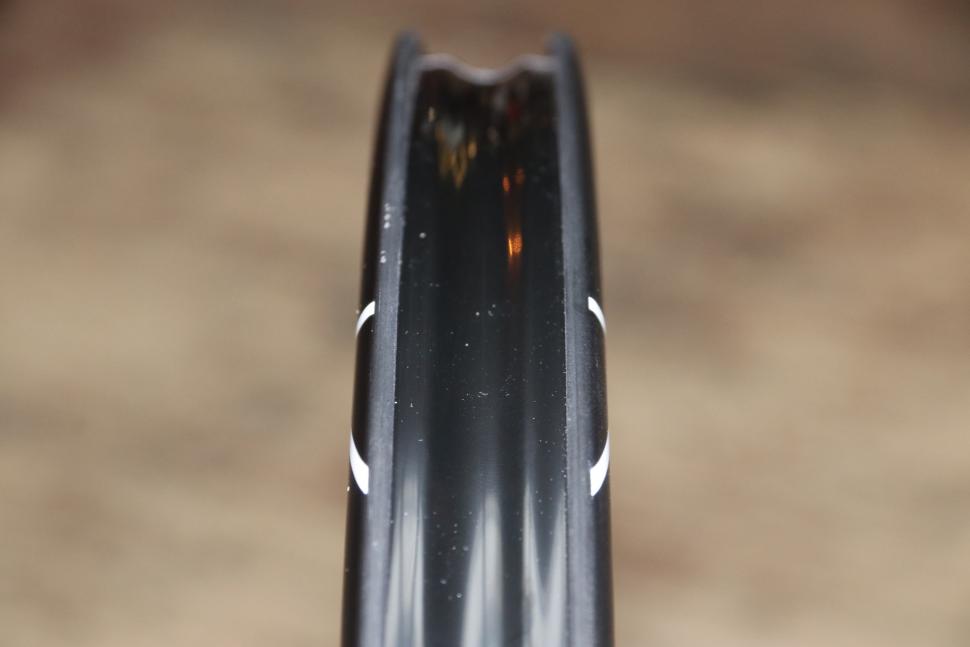 "[Having a rim that's wider than the tyre] creates the most effective overall aerofoil shape (when considering the wheel and tyre together) and reduces turbulence as airflow transitions into the spoke bed," says Hunt. "It is now obvious that disc-brake road rims need to be significantly wider to be at their best aerodynamically."

Despite the wish for a very wide external rim width for aero efficiency, Hunt wanted a a 22.5mm internal width so as not to lose compatibility with 23mm and 25mm tyres from leading brands. In order to fulfil those two requirements, the sidewalls of the rim would need to be thicker than usual.

"With a 22.5mm internal width you're usually looking at a maximum external width of no more than 27mm," says Tom Marchment. "We wanted to go much wider than that so we needed to fill the gap." 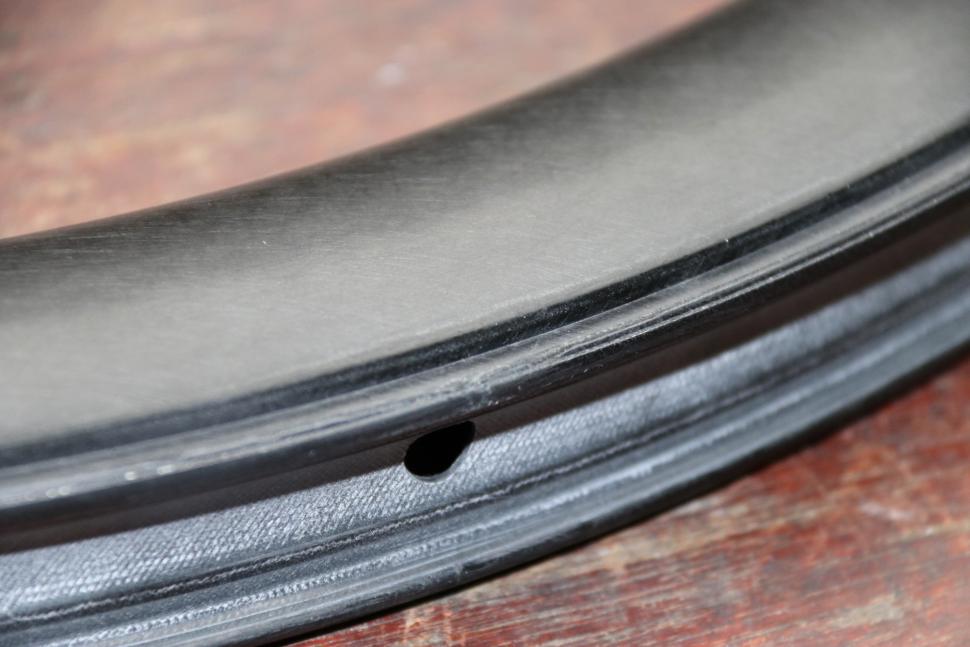 One option would be simply to add more carbon fibre but that would be relatively heavy so Hunt came up with a new idea. First, the basic structure of the rim is formed from unidirectional carbon fibre in a mould in the normal way, but a small step is left towards the top of the sidewall (which you can see in the picture above).

Then the rim goes into a second mould and a low density polymer is injected to fill in this step. This polymer adds a little structural integrity to the rim but it's essentially there to take up the space, so it's crucial from an aerodynamics perspective.

"We could have used carbon-fibre throughout, but carbon weighs around 1.6g/cm3. The low density polymer is 0.7g/cm3, saving around 50g per rim."

Adding this second moulding process pushes the price up a little, but Hunt thinks that it's worth it in order to keep the weight down. The Limitless 48 wheelset has a total claimed weight of 1,582g.

Hunt now hold patents for the process of adding a low density polymer to the outside of a carbon-fibre rim. 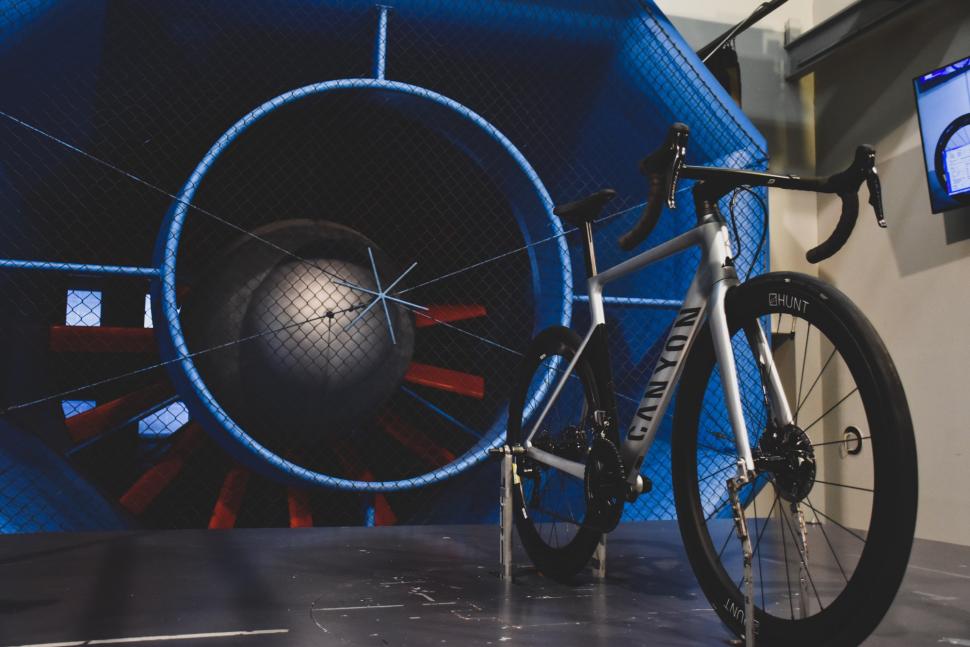 Hunt has taken the finished version (as opposed to prototypes) of the 48 Limitless Aero Disc back to the wind tunnel and is pleased with the results, saying that the wheels perform better than their rivals with 28mm tyres fitted. Hunt also says that despite being optimised for use with 28mm Schwalbe Pro One tyres, the aerodynamic performance is equally impressively with 25mm tyres fitted (we've included a chart of Hunt's wind tunnel data below, the red line representing the 48 Limitless Aero Disc wheel). You can run tyres up to 45mm wide if you like. 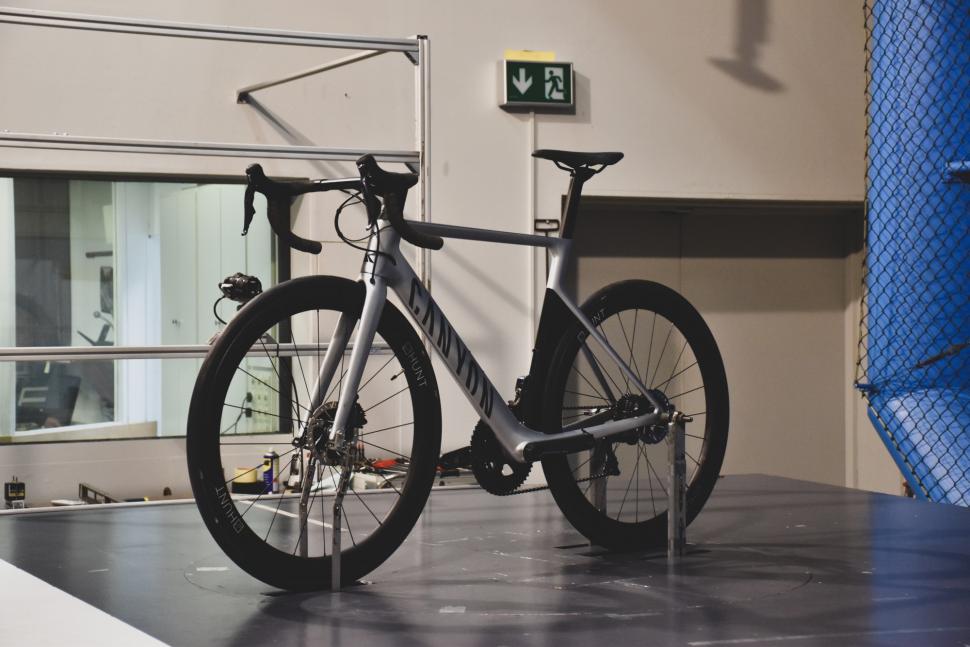 If you want more details on the research Hunt uses to support its claims, including full technical details of its wind tunnel testing methodology, a white paper should be available at www.huntbikewheels.com by the time you read this.

Hunt says that its testing showed the Enve SES 4.5 AR Disc wheels are more aerodynamically efficient than the 48 Limitless Aero Disc wheels at certain angles, but although the front Enve wheel is 49mm deep, the rear is 55mm so it has a distinct advantage. Plus, Hunt points out, Enve says that some tyres are incompatible/not recommended for use with the SES 4.5 AR Disc wheels, and this list includes Continental's popular new Grand Prix 5000 TL. 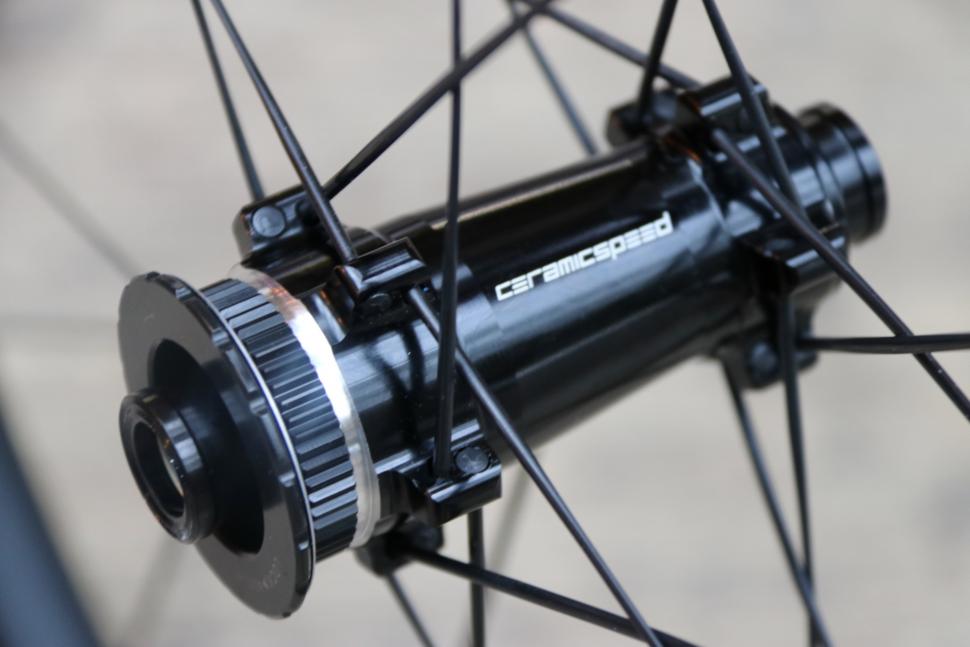 The 48 Limitless Aero Disc wheels use hubs that feature CeramicSpeed bearings designed to reduce rolling resistance and a freehub that engages in 7.5° when you start to pedal. The Pillar Wing 20 spokes have an aerofoil profile and external nipples for easy adjustment.

Find out about the pros and cons of ceramic bearings 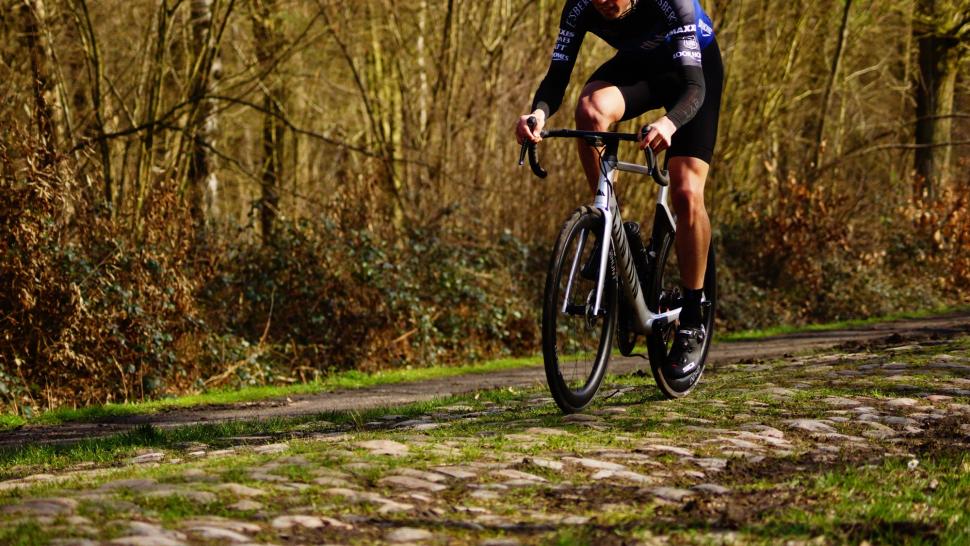 The rider weight limit is 100kg and Hunt says that its testing over the Arenberg cobbles in northern France had no ill effects.

What next? Hunt says that it is extending the Limitless technology to rims of other depths: 52mm, 62mm and 82mm. You'll be able to buy wheelsets in various front and rear rim depth combos. These are all several months away.

For more details go to www.huntbikewheels.com.