New British brand Vielo launched the V+1 two years ago, a road plus bike with big tyre clearance and a 1x/disc brake frame design, and now it has followed that up with the R+1, a proper road bike with some radical design features that ensure it stands out.

Vielo popped down to the office recently with the new bikes, fresh from their worldwide debut at Sea Otter in California, so we could take our very first look. The new model isn’t in production yet, that’s planned for later in the year, so we’re going to have to wait until we can take one for a spin. 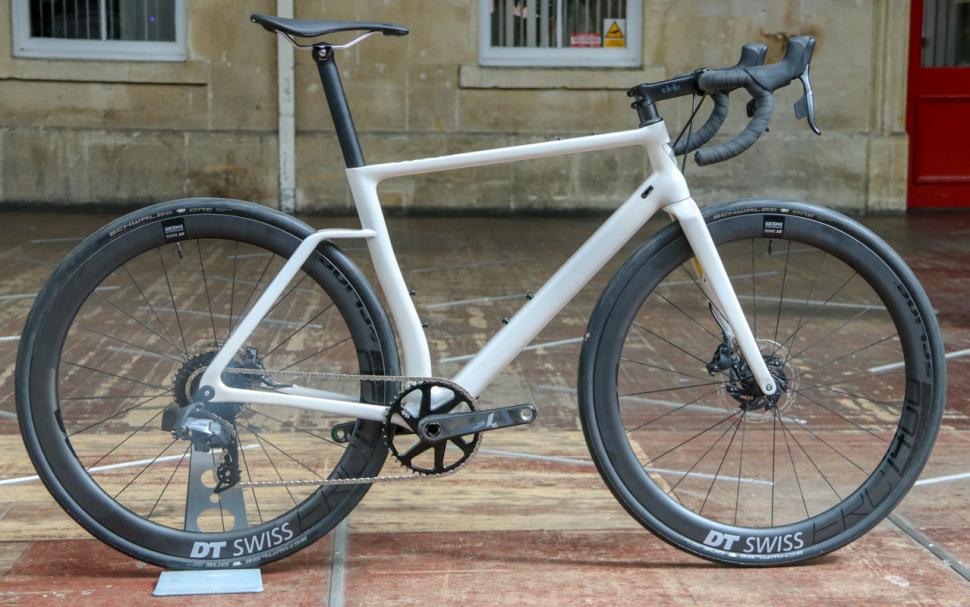 First impressions are that this is no cookie cutter carbon road bike. It takes a very different approach to most other road bikes on the market but it’s founded on solid design principles so there’s no superfluous nonsense here.

First things first, the R+1 is designed around disc brakes with clearance for up to 30mm wide tyres and is only compatible with a 1x drivetrain, not dissimilar to the 3T Strada we tested a couple of years ago. Just like that bike, the new R+1 will divide a lot of opinon, many of which I'm sure will be aired in the comments section. 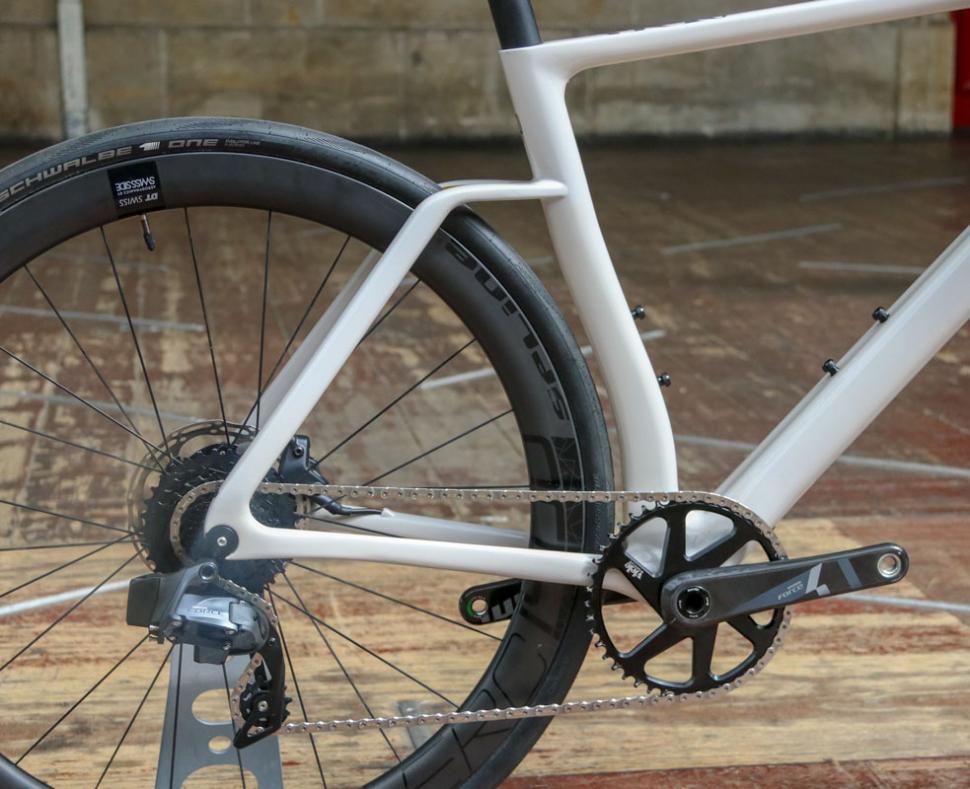 There are good reasons for going with a 1x-specific frame design but the main one for Vielo is that the downtube, bottom bracket, seat tube and chainstays can all be optimised for stiffness, to the tune of 30% compared to a 2x frame according to the company’s claims, as well as comfort and aerodynamics. 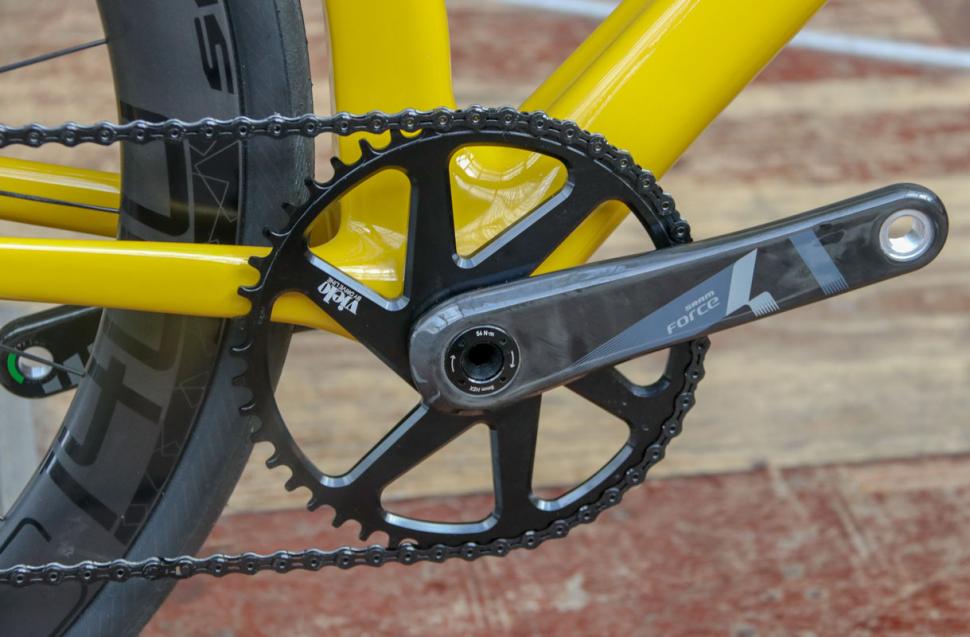 Unlike anything we think we’ve seen before, the radical seatstays owe their shape and design to a desire to provide improved comfort. Along with the shape of the chainstays, the seatstays provide a small amount of deflection which along with the wide tyres the bike is designed for, should ensure it’s as comfortable as it is fast. 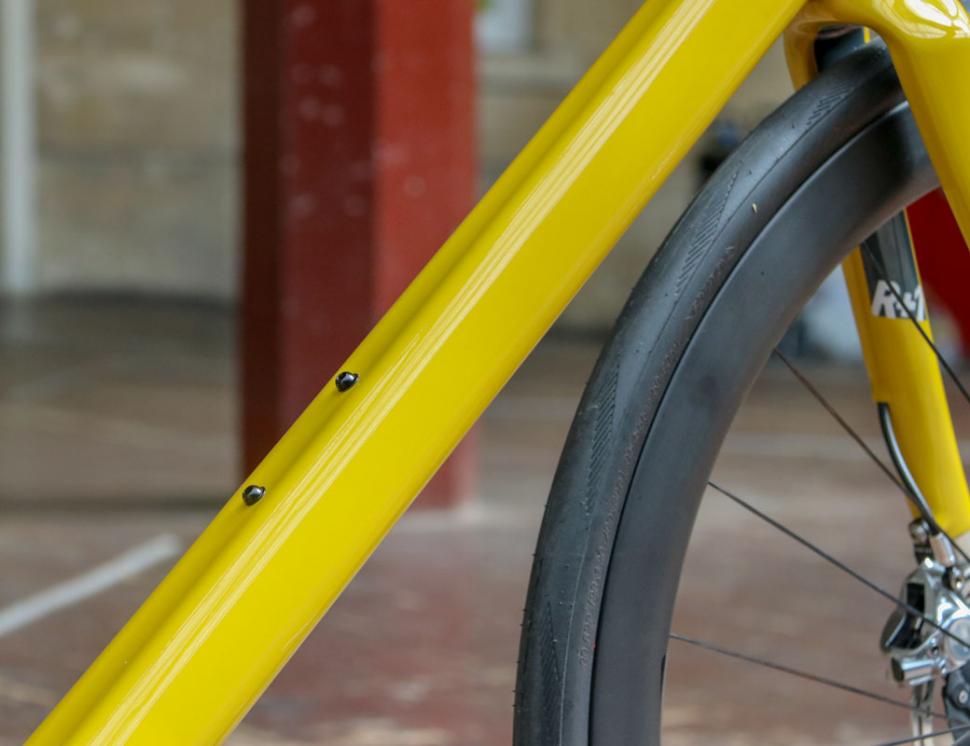 - Are the benefits of 1x outweighed by the disadvantages? We asked, you answered

Another benefit of the stepped seatstay is to reduce drag. Further aerodynamics nods come from the Kamm tail shaped down tube and seat tube and fork blades. The down tube has a small recess on the top side into which the water bottle fits, and the seat tube curves around the rear wheel. 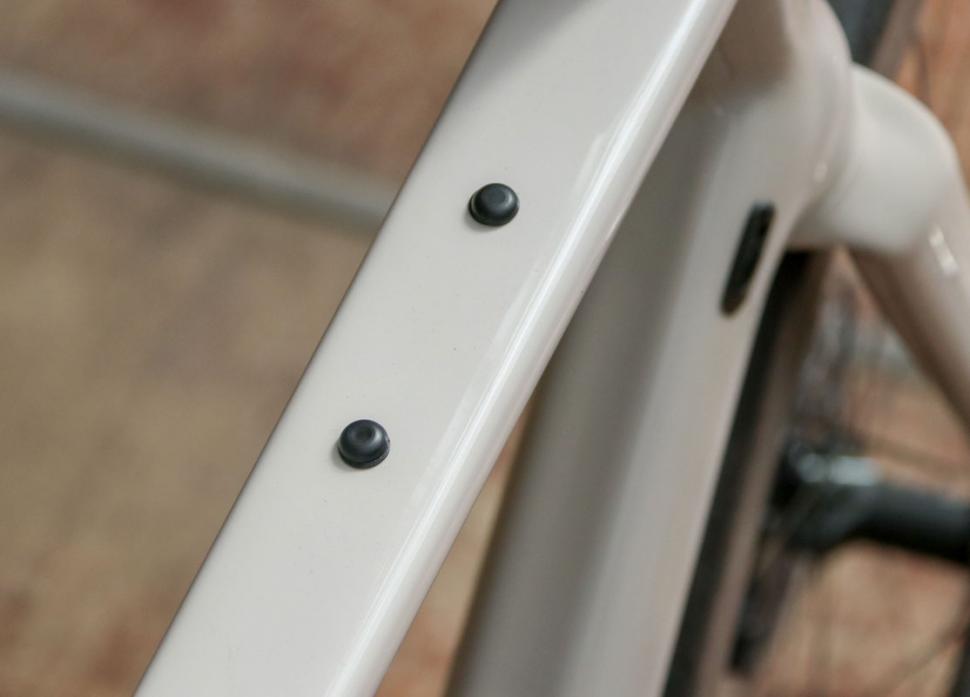 For epic rides when you want extra tools, food or water, there’s a third bottle cage mount on the belly of the down tube and a fuel pod mount on the top tube. 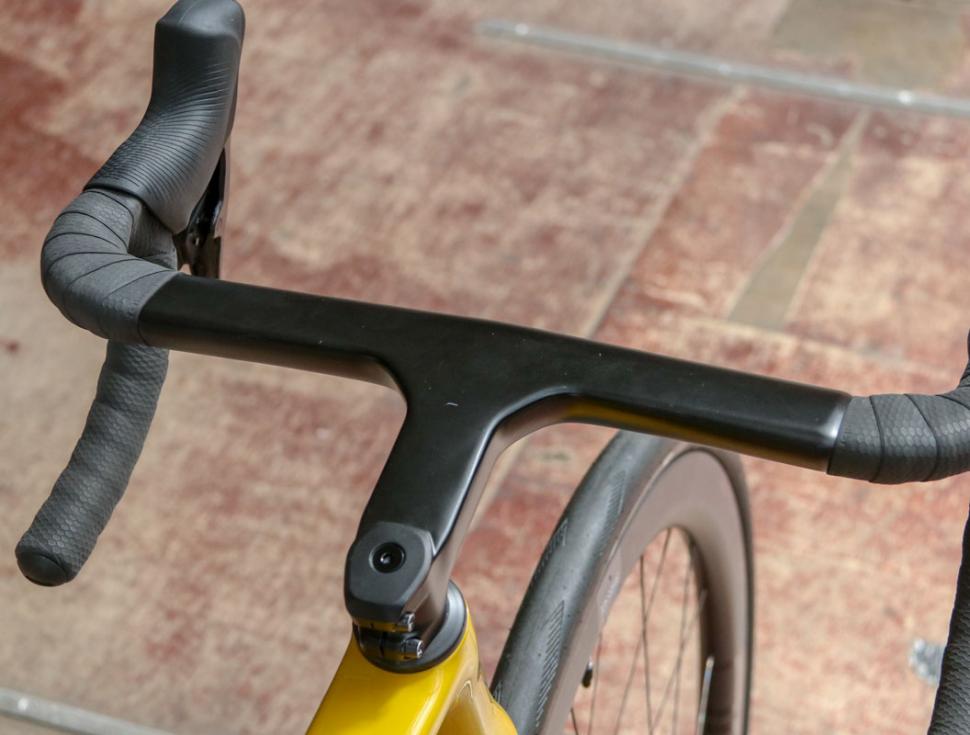 Integration is a key aspect of the new bike and as well as all cables and hoses being routed inside the frame and fork, Veilo has designed its own one-piece handlebar that keeps all the cables tucked out of sight and out of the airflow. The pictured handlebar is just a mockup before its design goes into production. It’ll provide a full range of fit options and each bike will be specced to a customers exact requirements. 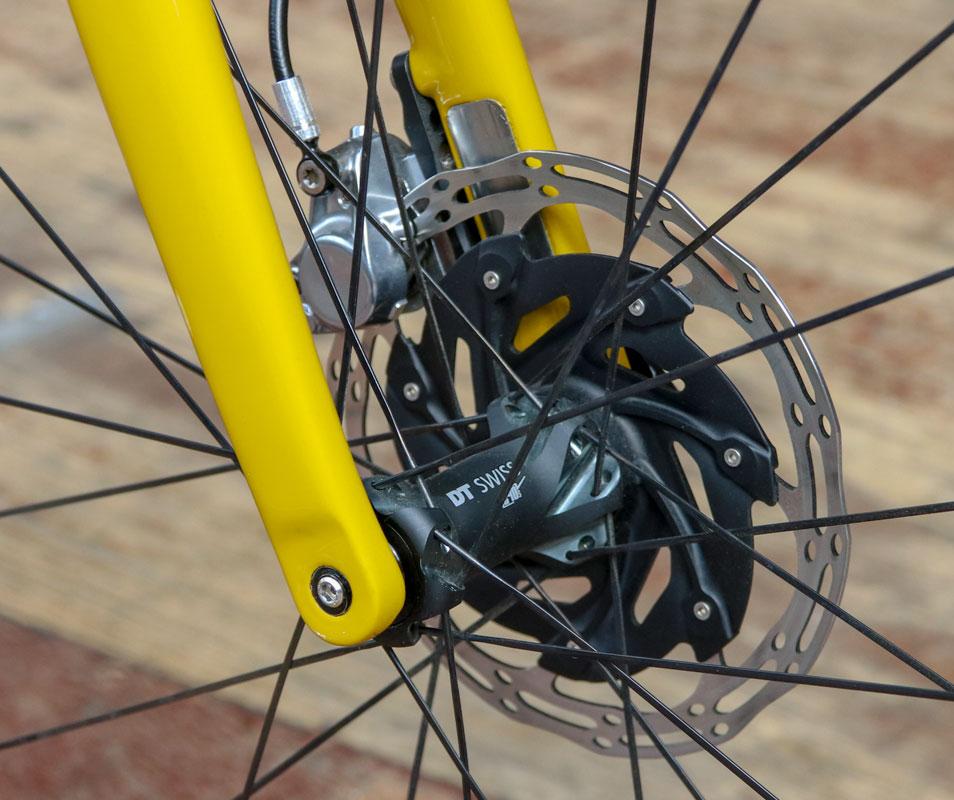 There are the now common 12mm thru-axles at both ends with flat mount calipers, and the frame will take a 160 or 180mm rotor up front paired with a 140mm out back. There are additional details like

Vielo is a company that also believes in 1x and with more companies investing in it with the likes of SRAM 12-speed and Rotor 13-speed, and even Shimano is getting in on the act now, it’s gradually becoming a viable alternative. Not for everyone of course, but that’s fine and Vielo is happy with that. 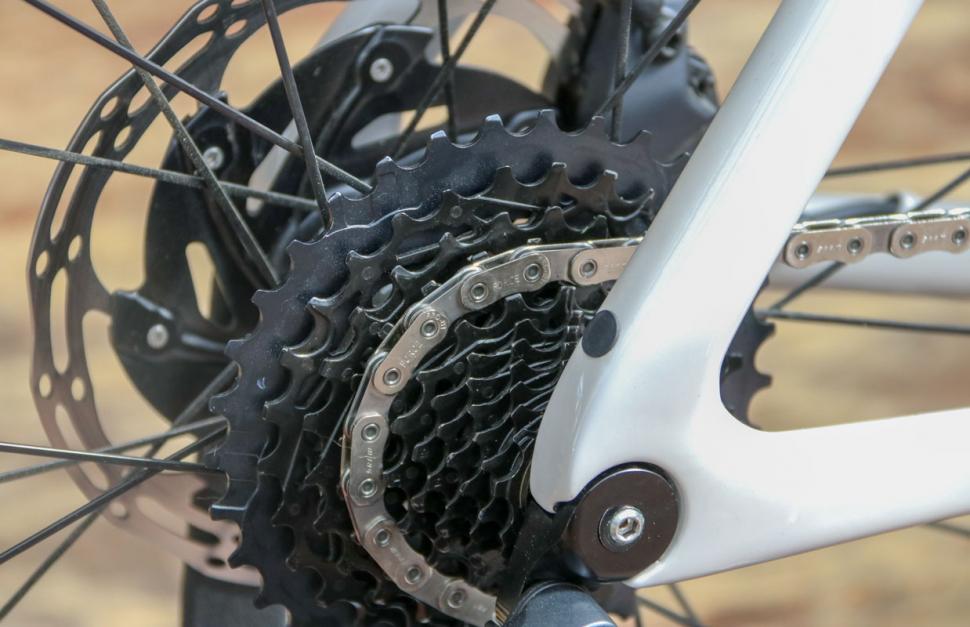 The new R+1 will be available in two versions, the R+1 UD frameset with seat post costing £2,699, and the higher-end R+1 UDG with stem, handlebar and seatpost and costing £3,999.

I can’t wait to see how the bike rides, and that’ll hopefully happen later in the year once production bikes land. The promise of a bike that combines aerodynamics and comfort, so often the achilles heel of fast aero bikes, definitely appeal and we all know how impressed I was with the 3T Strada. 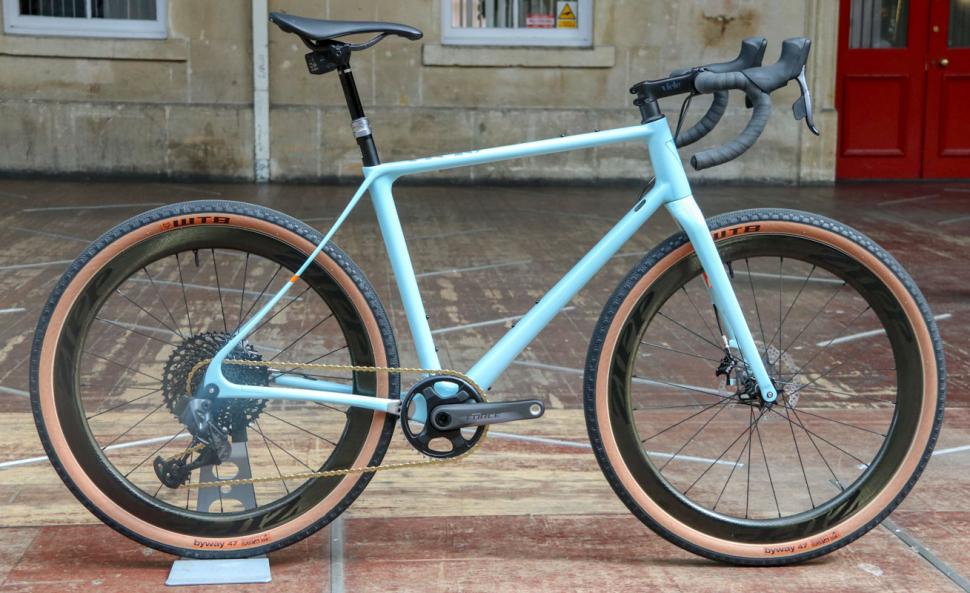 Vielo also brought in this lovely V+1 build to show us. It’s built with the brand new SRAM Force eTap AXS cranks and shifters paired to an Eagle AXS rear mech and 10-50t cassette. It’s also rocking a Reverb AXS wireless dropper post which is smartly activated by pressing both left and right shifter buttons at the same time. 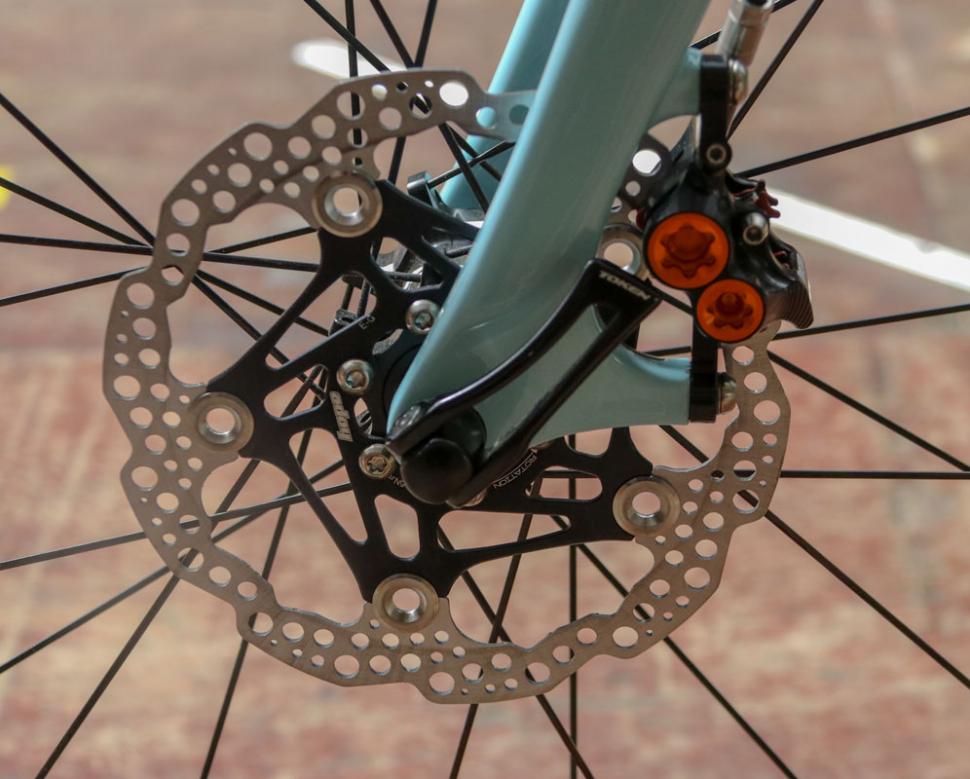 The one departure from the SRAM setup are the Hope disc brake calipers and matching floating disc rotors. 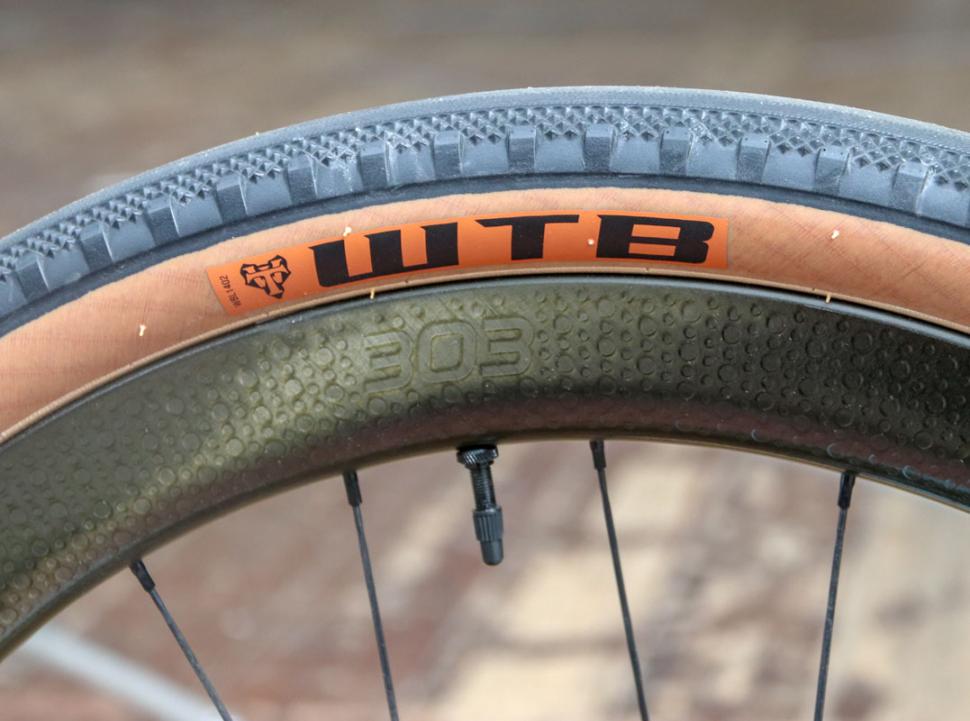