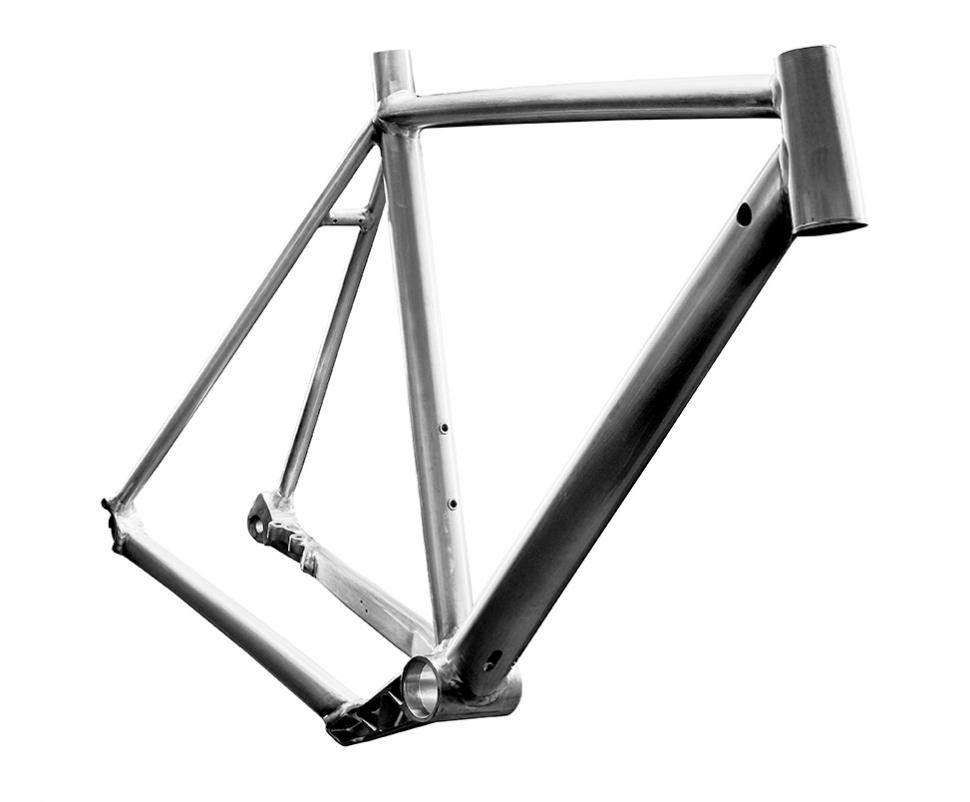 The humble bicycle has come a long way in the last hundred years but it’s the material developments in the past couple of decades that has arguably produced the biggest evolution, with bikes getting lighter and stronger.

A US company reckons it has developed a new material that could lead to further evolution. It’s called Super Magnesium and is an all-new proprietary alloy that is claimed to be 33% lighter than aluminium as well as being stiffer and stronger, pound for pound, and less expensive than carbon fibre.

- Is magnesium the bike material of the future? 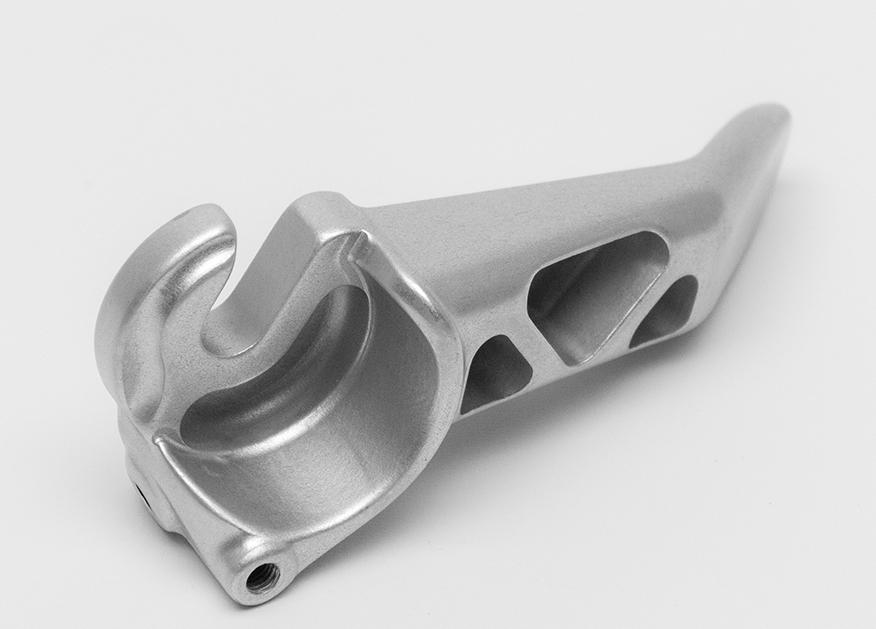 Allite will use the Interbike show to unveil its new alloy to hopefully garner some interest from bicycle brands into using its new wonder material for manufacturing bikes. The new material was first developed in 2006 and it has already been put to use in classified defence and aerospace applications. It hopes the cycling world will be similarly interested.

It’s not the first time the benefits of magnesium have been touted in the cycling industry (Kirk Precision anyone?) but Allite is telling is its new material offers some big benefits including strength, weight and sustainability - compared to carbon fibre it is more eco-friendly and is 100% recyclable. 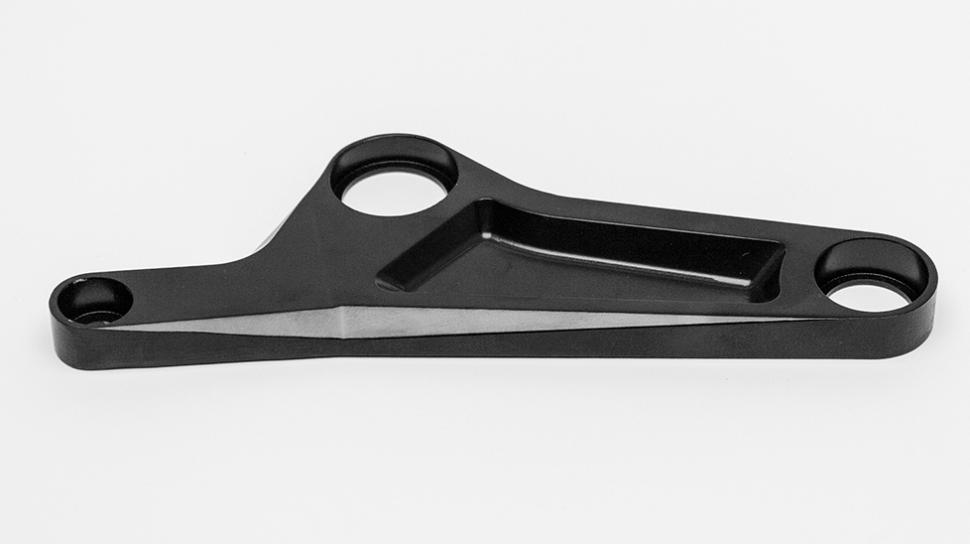 “We are thrilled to unveil Allite Super Magnesium and all of the superior benefits that it provides to brands and products across a variety of industries,” said Bruno Maier, President of Allite, Inc. “With an exceptional strength-to-weight ratio and high-performance composition, Allite Super Magnesium is simply the best choice for any distinguished brand seeking materials to make their products lighter, faster, stronger, and more environmentally friendly.”

While we’ve seen magnesium bicycle frames in the past, could we be set for a return of this material? Dr Alan Luo of the Ohio State University says it has a distinct appeal. “The superior benefits of magnesium are becoming more well-known and it is exciting to see Allite Super Magnesium delivering a material that can benefit such a vast array of industries. In addition to being earth-friendly, magnesium has increased solubility, and is stronger than other comparable materials, making it a wise choice for the cycling industry and beyond.” 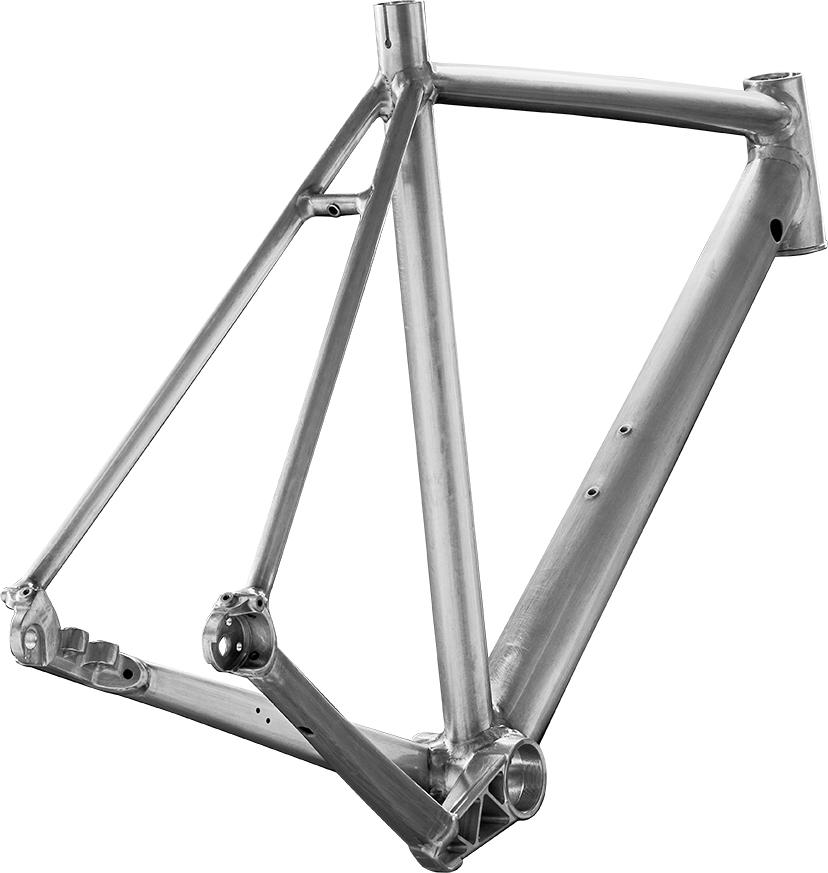 At the moment you can’t buy a bike made from Super Magnesium but when or if bike brands utilise it the company is confident the price will be comparable with aluminium but cheaper than carbon fibre. But the real test will be how the new alloy rides, and for that, we’ll have to wait a while.

But it does sound promising. What do you think? Let us know below.

Crunching the numbers on Super Magnesium

With any material that's supposed to be the Next Big Thing for bike applications, the devil is always in the detail. Allite's initial announcement of Super Magnesium is light on detail — and that's being kind.

Fortunately there's a bit more on their website, which details some of the classifications and properties of the three magnesium alloys they're calling Super Magnesium.

These alloys have designations AE81, ZE62 and WE54. In magnesium alloys, A stands for aluminium, W for Yttrium, Z for zinc and E for rare earths, the group of metals that includes scandium which was going to be the Next Big Thing as an additive to aluminium alloys a few years ago.

The numbers indicate the rough percentage of the alloying element, so AE81 is eight percent aluminium and one percent rare earths.

So we can see that what we have here are magnesium-aluminium, magnesium-yttrium and magnesium-zinc alloys, each with a bit of rare earths to fine-tune their properties.

Here are the mechanical properties of the three Super Magnesium alloys compared with 6082 aluminium, which is quite commonly used in bike frames.

These are interesting raw numbers that indicate the Super Magnesium alloys are in the same ballpark as aluminium for strength and brittleness (indicated by ef,  elongation at failure). The lower Young's modulus means they're less stiff, but that's easily dealt with by using more material in bigger tubes, just as aluminium is used in larger tube diameters than steel. With the material being less dense, Super Magnesium could still come out ahead on the weight of the final piece.

However, the raw properties of a material never tell the whole story. What happens when you weld the material into a bike frame is vitally important. In some aluminium alloys, for example, the heat of welding causes the alloying elements to migrate away from the weld zone in a way that's not restored by subsequent heat treatment. This is also a problem with the metal matrix composites that were going to be the Next Big Thing back in the 1990s.

Then there's the material's behaviour under cyclic loading. Repeated loading and unloading leads to the phenomenon known as metal fatigue, which is what often kills metal bike components. Allite hasn't, as far as we can tell, released any numbers for the fatigue behaviour of Super Magnesium.

A viable material for bike frames and components also has to be corrosion-resistant. This used to be a big problem for magnesium bike parts; I had a pair of early RockShox Mag 21 fork sliders practically destroyed by a winter of riding roads that had been salted. Allite claims the Super Magnesium alloys have "corrosion rates of the same order as some corrosion-resistant aluminium alloys" and can be be treated by plasma electrolytic oxidation (PEO) to further protect them. PEO also improves wear and fatigue resistance, Allite says.

Super Magnesium looks like promising stuff, then, but we have been here before numerous times. As well as the materials mentioned above that eventually sunk without trace, aluminium-lithium alloys had a brief moment in the sun back in the 1990s too, and the properties of beryllium had a couple of bike makers excited for a while, until they realised that there really wasn't much of a market for bike frames that cost $20,000.

Fun fact: There are magnesium alloys that include thorium, a metal that's been suggested as the basis for nuclear reactors that couldn't produce weaponisable material. However, any magnesium alloy with more than two percent thorium has to be treated as a radioactive material, so we're unlikely to see it on bikes any time soon.