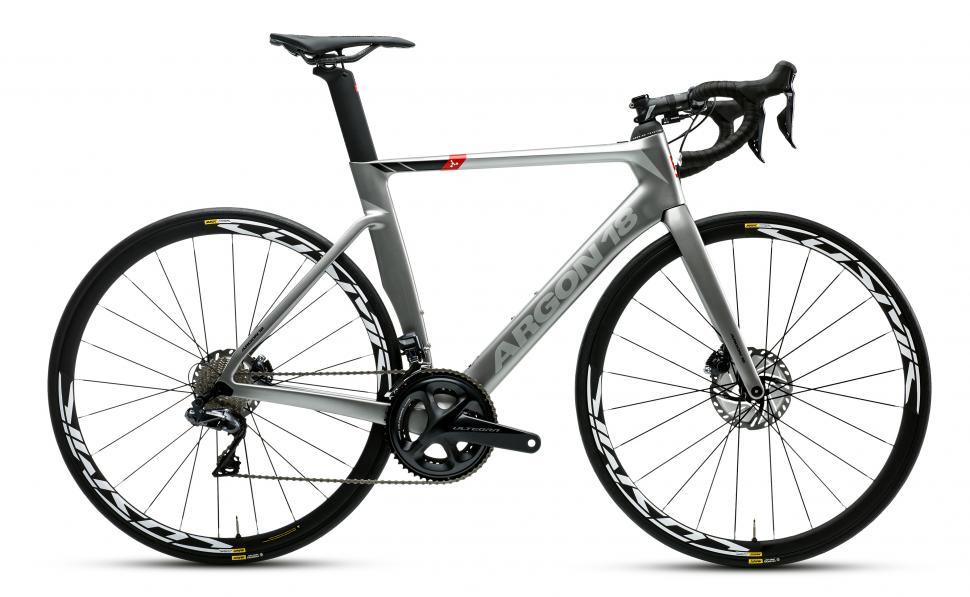 It’s been a while coming, but today Argon 18 has chosen its home race, the Grand Prix Cycliste de Québec, to unleash its brand new Nitrogen Disc, the disc brake version of the Canadian company’s aero bike that was first introduced in 2014.

The Nitrogen Disc has been developed from the ground up, the company hasn’t just added disc brakes to the regular Nitrogen, at least that is what they are telling us.

“This new Nitrogen Disc is way more than a Nitrogen with disc brakes. Sure, it does offer great braking power and modulation, but it’s the increased torsional rigidity that really makes it shine especially in out of the corner accelerations. Its internal cable routing, ease of maintenance, adaptability to different riding styles along with its great ergonomic adjustability are other key elements that make the Nitrogen Disc an exceptional modern race bike,” explains Martin Faubert, Head of R&D, Argon 18. 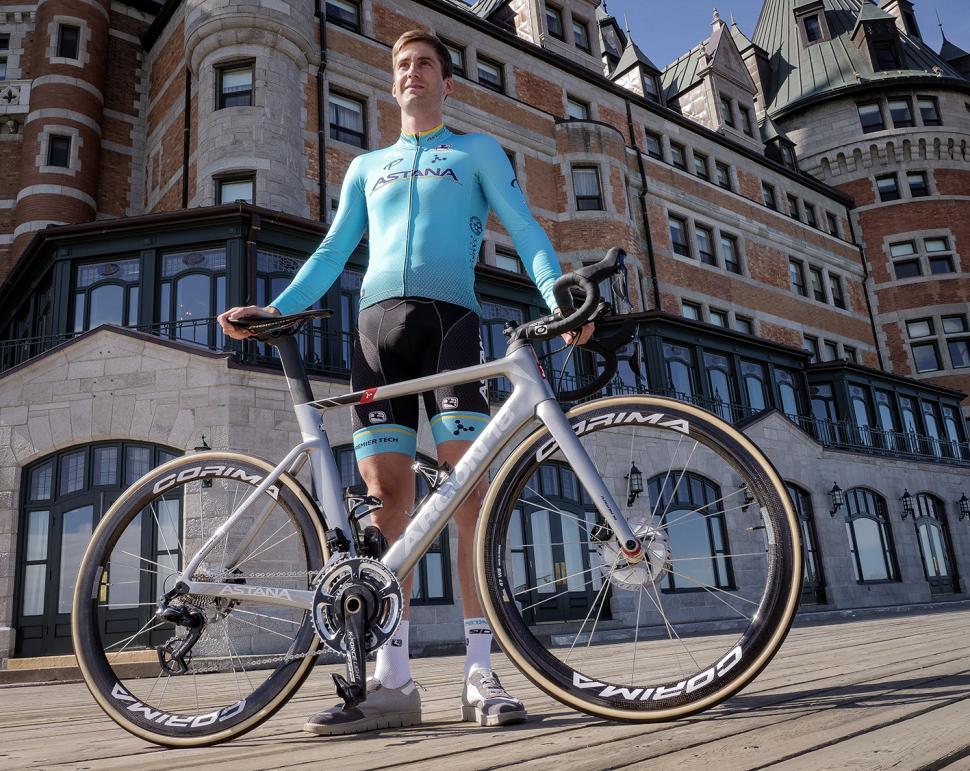 In other words, the company has designed the new frame and fork to take full advantage of the disc brakes, in pursuit of the desired stiffness and weight targets with no weight penalty.

Want some numbers? It’s telling us there’s a massive 80% increase in lateral stiffness with the new fork compared to the previous version, with no impact on comfort.

You’re getting a full carbon fibre frame and fork with the now standard 12mm thru-axles and flat mount interface for the brake callipers, and all hoses are internally routed to reduce drag as much as possible.

There’s increased tyre clearance, a common benefit of disc brakes, with the bike accepting up to 28-30mm tyres.

That’s all we know about the new bike so far, and this is the only photo we have at the moment. When we get more we’ll update this story. But what do you think? Let us know in the comments section below.

1
"Check the Highway Code": Police officer claims cyclist shouldn't ride "in the middle of the road"
2
Snake Pass section shuts to all road users... but cyclists can still reach the summit (and turn back around)
3
Footage of cyclist's encounter with mountain goat "on steroids" goes viral
4
Driver "used bus as a weapon" against cyclist, loses appeal over sacking
5
Hit-and-run driver moved unconscious cyclist off road before fleeing scene
6
Road rage van driver who assaulted cyclist, knocking him unconscious, handed suspended sentence
7
Why was Mark Cavendish riding with Lance Armstrong this week?
8
Five-year-old boy killed after van driver knocks him off bike