In July Canadian company Argon 18 revealed they’ll be sponsoring the current Netapp-Endura team along with Bora, a German maker of high-end kitchen worktop extractors, to form the new Bora-Argon 18 team. And this week Argon 18 have revealed they’re launching a new aero road bike, the Nitrogen, that the team will undoubtedly ride. 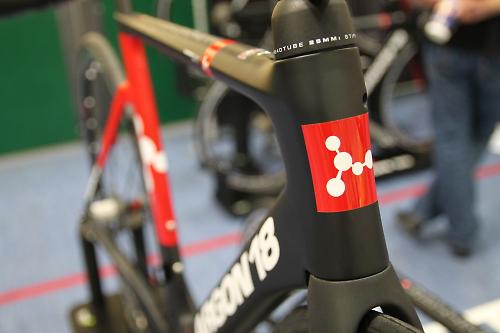 It’s perhaps surprising that Argon 18 haven’t produced an aero road bike sooner. The company have some well designed time trial bikes that are popular in the time trial and triathlon markets, so they clearly have plenty of experience with the challenges of aerodynamics when designing a bicycle frame. 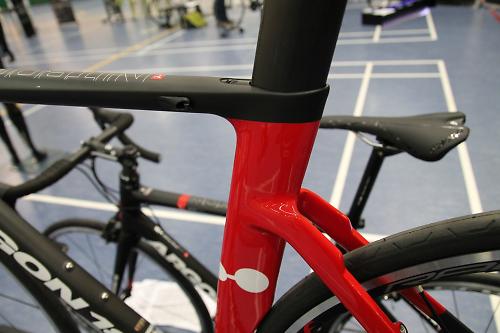 We’d expect to see many of the new Bora-Argon 18 team using this new frame, alongside the lightweight Gallium Pro, the company’s flagship model with a claimed 790g frame. 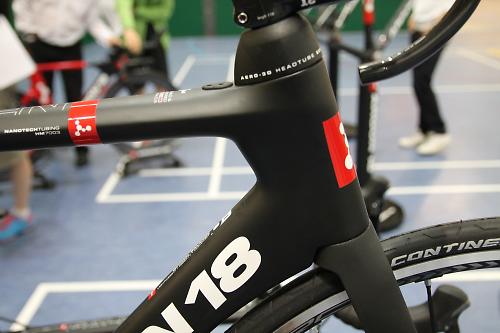 We don’t have the full details on the new Nitrogen at the moment, we’ll hopefully be getting a closer look at the bike soon so we can furnish with you all the information. Needless to say, it’s clear they have taken inspiration from their time trial frames in the shaping of the tube profiles, with an aero shaped down tube, top tube, seat tube and seatpost. The rear triangle is compact with kinked seatstays at the seat tube. 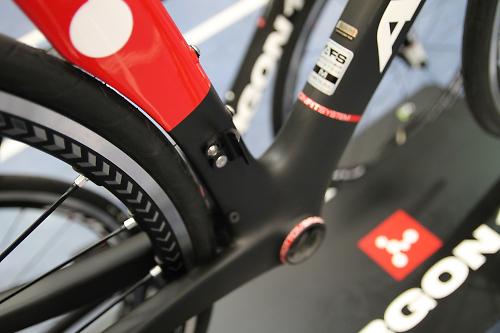 Argon 18 have used TRP mini V-brakes front and rear. The front brake is packaged behind the fork and the rear on the seatstay, a solution that is reminiscent of Giant’s Propel or Ridley Noah Fast. 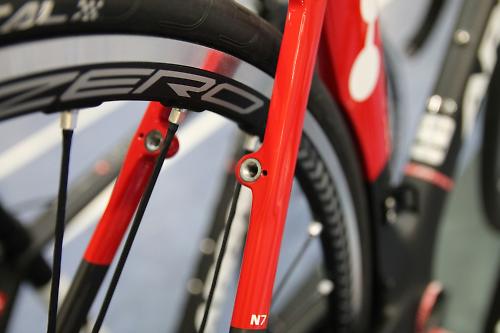 Cables are routed internally, threading in through the top tube behind the stem, in a similar fashion to Giant’s Propel. 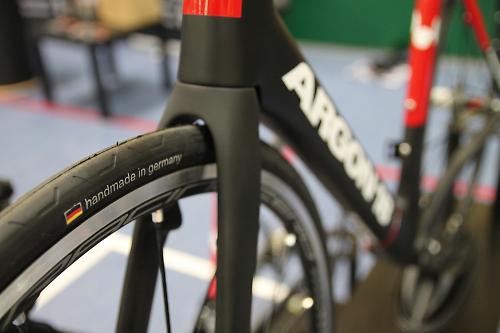 Up front Argon 18 have developed an aero version of their ingenious 3D headset, which allows the height of the front-end to be easily changed without compromising stiffness in this area. The frame weighs a claimed 960g. 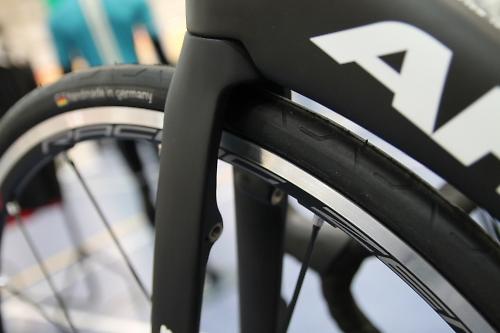