Peter Sagan’s pre Tour preparations kicked in to overdrive this afternoon - he’s already got a new bike for the Tour in the shape of the latest Specialized Venge, now he’s got some new 100% limited edition shades to go with it.

Not so limited though that you too can’t rock the Judge Dredd gets funky look Peter Sagan will be unleashing on an unsuspecting France this Saturday - well if he’s wearing the Speedcrafts.

There are three models in the limited edition Peter Sagan range. The Speedcraft - £199.99 - we reviewed the standard version recently, the Speedtrap - £209.99, and the S2 - £199.99 all share the same iridescent finish which will vary with every pair of glasses, so if you do fancy a pair you can be guaranteed that yours will be unique to you.

23 of the best cycling sunglasses – protect your eyes from sun, crud, and flying bugs

It’ll be interesting to see which glasses Sagan will be wearing as he makes his way round France. If it’s maximum all round vision, light weight and good ventilation he’s after then the rimless Speedcrafts will the ones to choose. 100% reckon they give 360° vision and certainly Liam was impressed with the amount you could see through that massive lens area. Slightly amusingly 100% describe the styling on these as “futuristic” which it undoubtedly is if you’re too young to remember the 1980s. Should Peter want to add some style in to the mix then he’ll probably be reaching for his limited edition Speedtraps – which are full-framed, and feature cooling vents, a lens that 100% say follows the natural contours of your eye for enhanced clarity, and “uncompromising fit” which actually sounds a bit uncomfortable - though I’m sure it’s not. 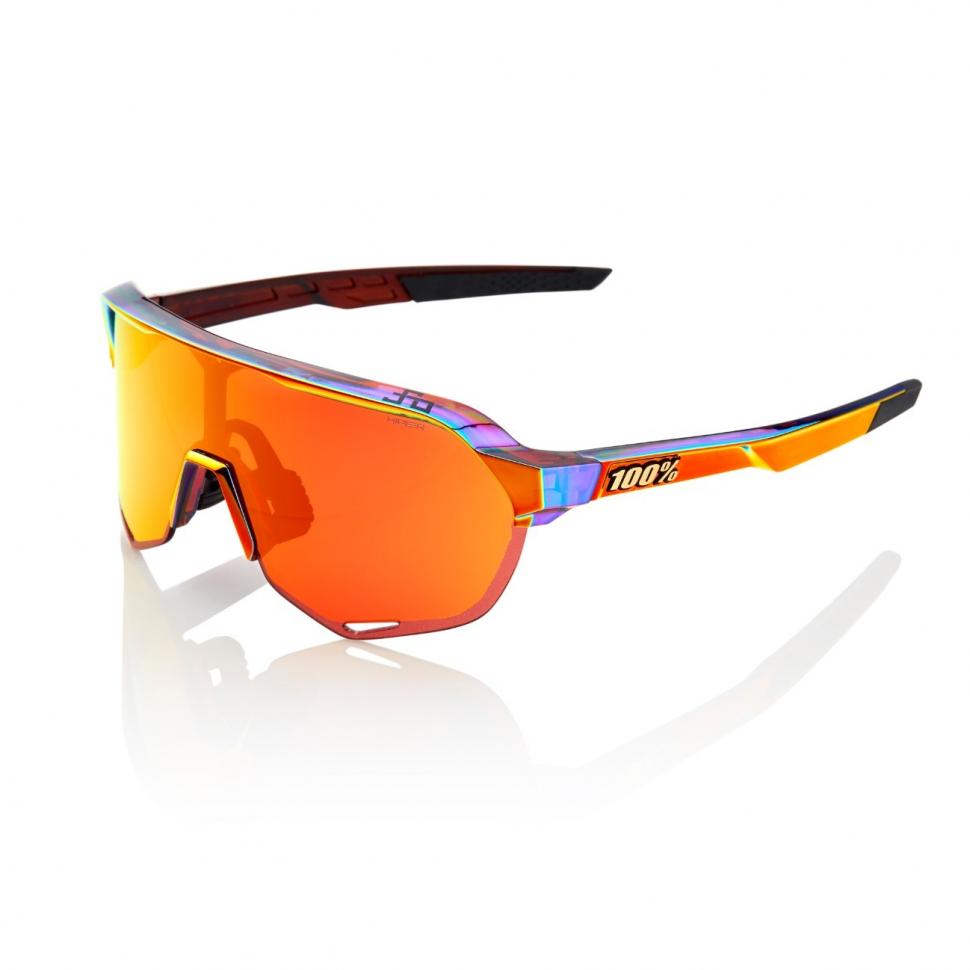 If he fancies something a bit more in-between it’ll be the S2's turn. These are high performance glasses but designed for everyday sports performance, which actually might be what you want for three week’s racing in France. Although they’re rimless they have a faux rimmed look courtesy of laser etched sides of the lenses.

We don’t have final confirmation of the number of pairs in the UK allocation the initial estimate we’re hearing is somewhere around 360. They will be available to buy from www.sigmasport.com soon. To find out more about 100% visit their website www.ride100percent.com