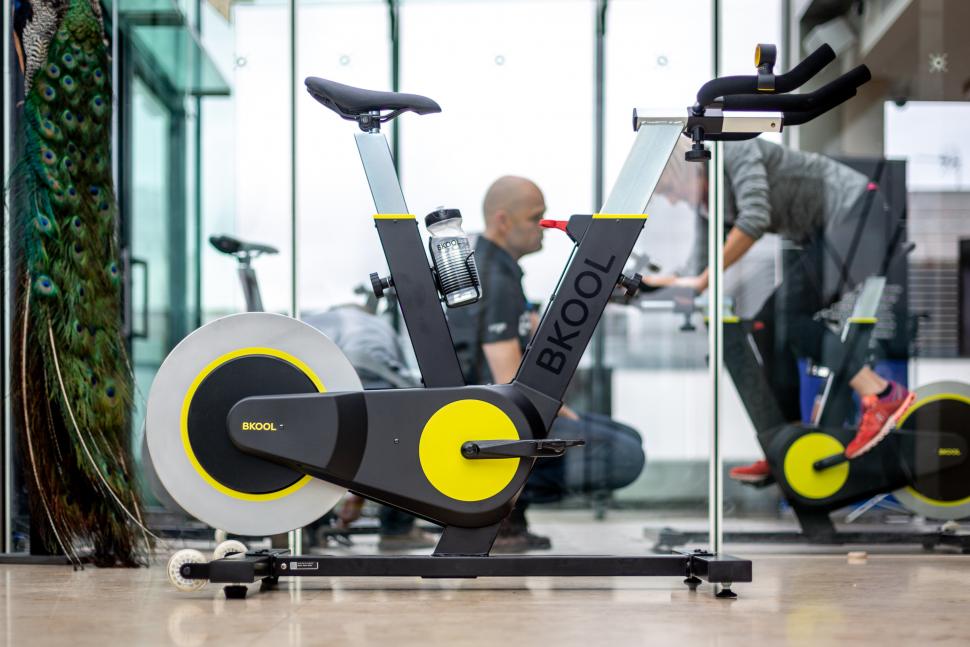 The smart trainer market has really spiced up in the last few years helping to fuel the popularity of indoor training, and Spanish firm Bkool, keen not to be left behind, has just launched its brand new Smart Bike which offers automatic resistance and claimed silent operation, in a standalone device that doesn’t need a donor bike.

It’s a fully connected device using ANT+ and Bluetooth so it’ll work with any compatible smartphone, tablet or computer and offers resistance levels up to 1,500 watts at 120 rpm and due to a poly-v belt transmission is claimed to be completely silent during use. If true, and we haven’t seen this thing in real life yet to verify the claims, it would be a godsend to people keen not to disrupt family and neighbours during a workout.

- Six of the best smart trainers

Bkool is charging £1,250 for the Smart Bike and calling it an “affordable option for hardcore riders as well as fitness fanatics who want to workout in the comfort of their own home” but that’s still a lot of money when a Wahoo Kickr costs £999. Obviously, you don’t need a bike to use the Smart Bike, though it’s likely you already have a bike if you’re interested in adding indoor training to your schedule. It does undercut the Wattbike Atom that Dave found had a few teething issues. 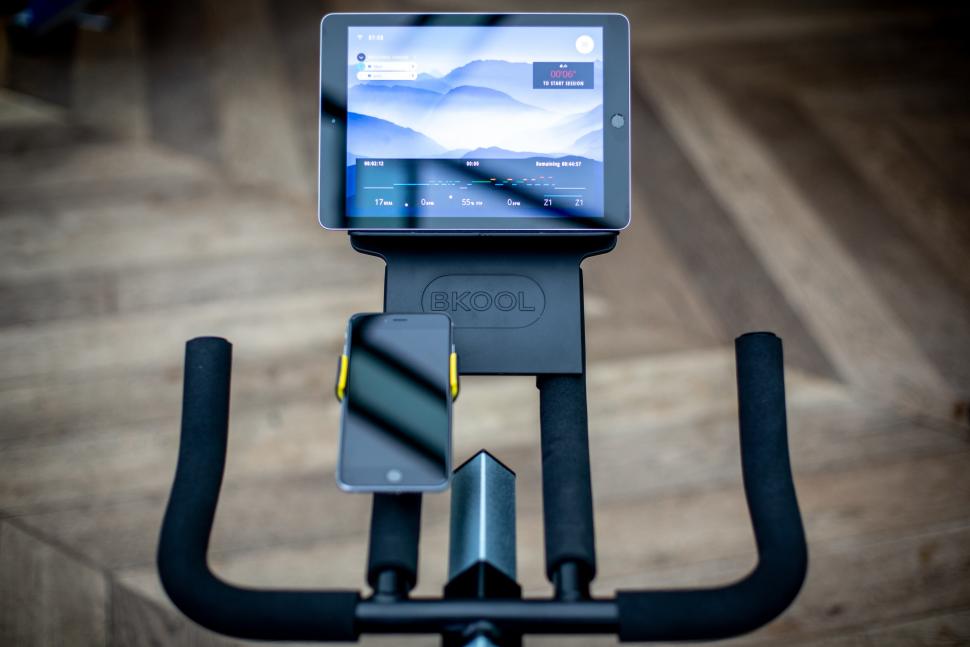 Included in the price is a three-month premium subscription to Bkool’s own Indoor Simulation app which provides fitness classes, structured workouts and FTP tests. The Bkool Remote app can be used to manually control the resistance through 1500 levels, with a smartphone handlebar mount included. You can also shift gears virtually to simulate riding a real bike.

- Turbo training tips — get the most from your home trainer

Though there’s no mention of it in the press release, we’ll go out on a limb and presume it’ll be compatible with popular training apps like TrainerRoad and Zwift, but we have asked them for clarification.

Lugging the 45kg Smart Bike from shop to your house doesn’t sound like much fun, so helpfully Bkool provides the transport and installation as part of the package so you’ll get a Bkool technician not only delivering it but also setting everything up for use. The base does have two small wheels for moving it around. That high weight should ensure rock solid stability when smashing the watts.

Fit can be customised with adjustable contact points, from the saddle height to the handlebar reach.

- 6 reasons to buy a smart trainer

“The beauty of the Bkool Smart Bike is that it’s personalised to the nth degree,” said Bkool’s Marketing Director, Jorge Serrano. “With the heart of the bike being connected to the internet, users can take it wherever they want and use it however they want and access the best in workout classes from their own homes.”

That's the first look, we'll hopefully get one into the office for review soon. More info at https://store.bkool.com/en/108-bkool-smart-bike.html