It wasn’t a dream start for the new partnership, with Team GB breaking its entire first allocation of its brand new Cervelo T5GB carbon fibre track bikes in the run-up to the Rio Olympics back in 2016, but undeterred, the Canadian company has continued to develop the bike and the latest incarnation is currently being raced at the world champs in Apeldoorn. 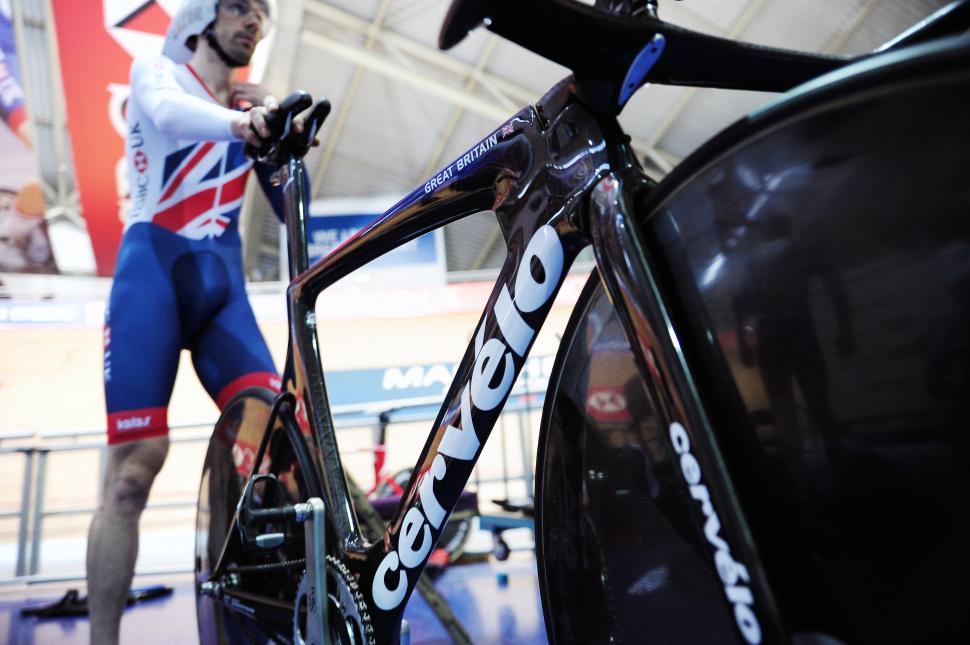 “The challenge of developing the T5GB was significant,” said Cervélo engineering director Sean McDermott. “British Cycling’s track team is at the top of its sport, and its innovative approach has certainly contributed to that success.”

The T5GB was the result of hundreds of hours of computer simulation and wind tunnel testing. Its design and development draws on the vast pool of Formula 1 expertise in the UK with support from the Research and Innovation (R&I) team at the English Institute of Sport (EIS). 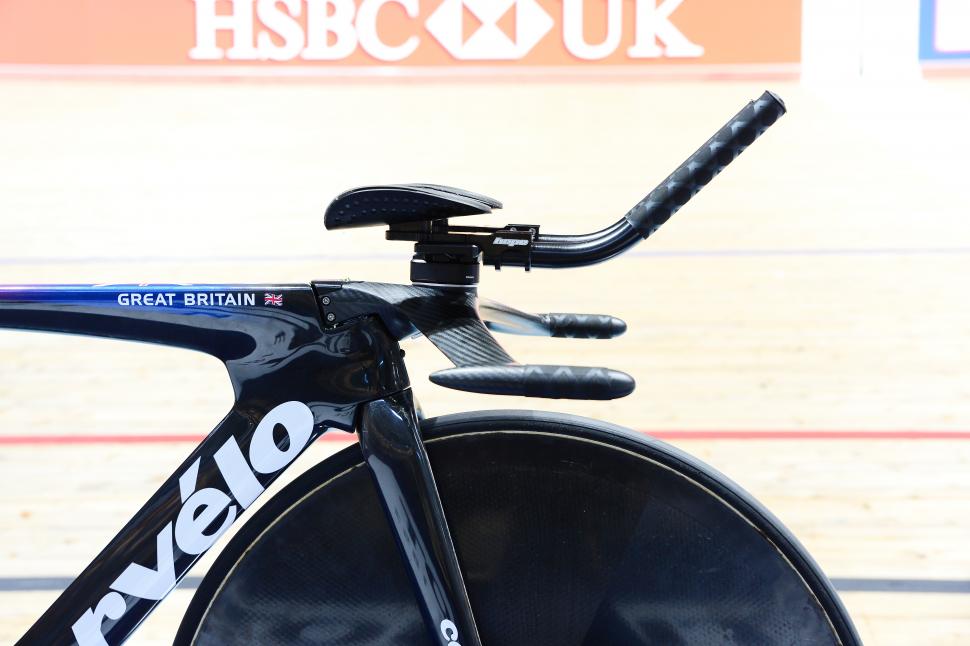 Despite all that testing, the frames just weren’t up to the task of surviving the massive power put out by Team GB’s sprinters. The carbon frames were too brittle and lacked the necessary stiffness - Jason Kenny found the frame flexing during his 2,000-watt efforts during a sprint.

Those problems have apparently been addressed with a new version of the T5GB track bike in use for the first time at Apeldoorn. 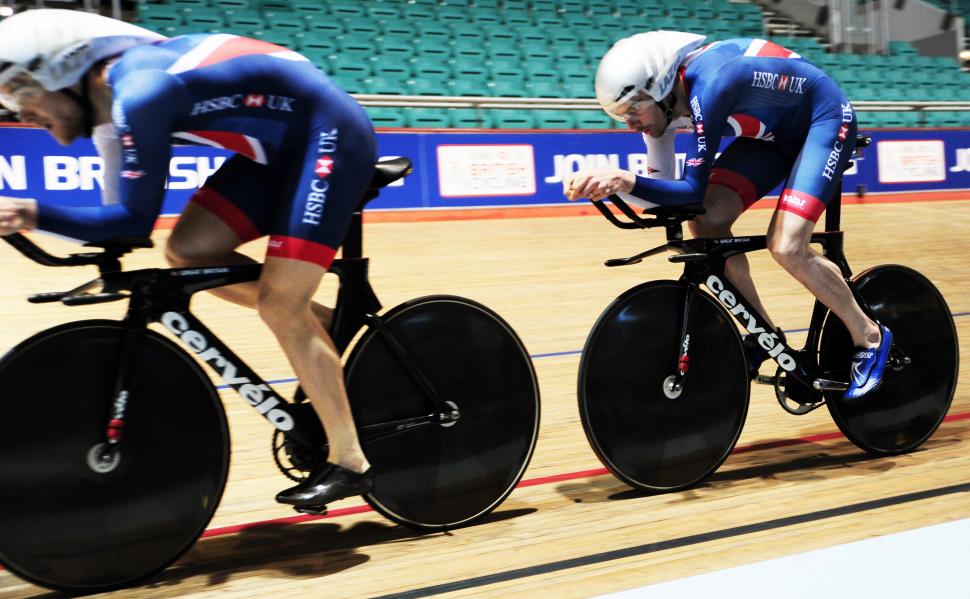 The new bike looks pretty much identical to the original model. The tubes have the same aero profiling, so it’s likely the fundamental changes are to the carbon fibre layup manufacturing to ensure the frame is adequately stiff. 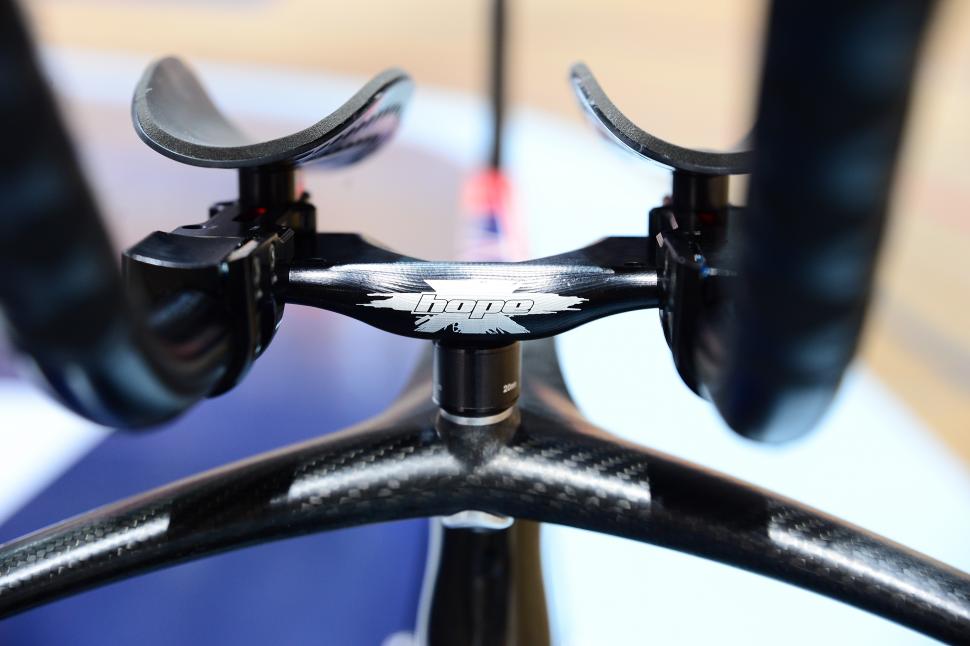 There are some other changes. SRM power meters have been replaced by Verve Infocranks, and British company Hope is supplying extension riser bars, likely machined to suit the needs of each individual rider. They are mounted atop one-piece carbon fibre bars. 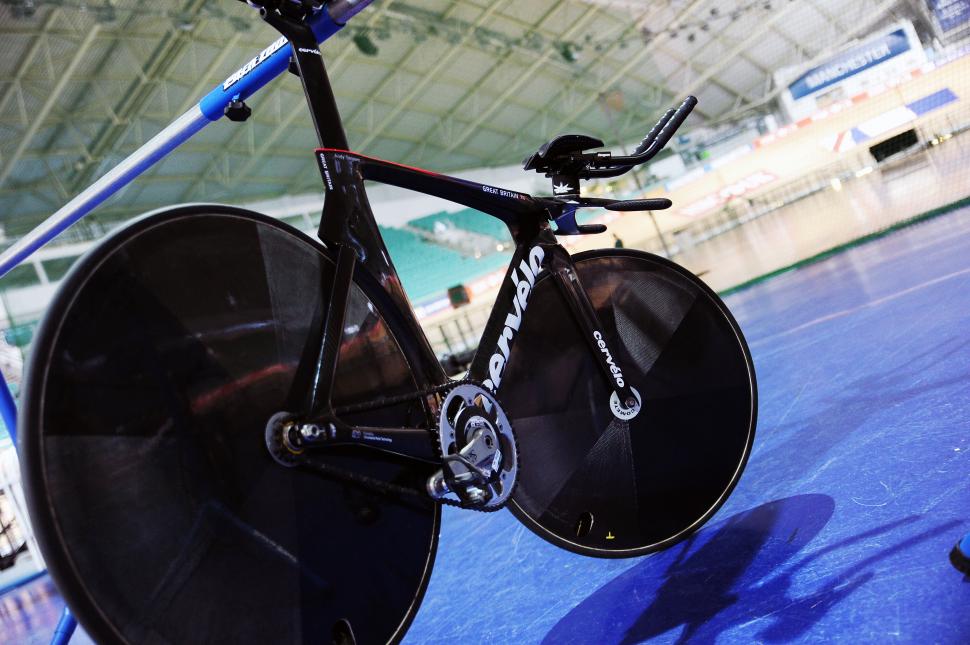 The wheels pictured on this bike are Mavic Comete carbon discs with the stickers removed, likely because they’ve bought the wheels rather than being sponsored by the French company.