Five cool products from Praxis, Rotor, USE, Thule and Lightweight

We're taking a break from the regular Five Cool Products and treating you all to some of the newest and most interesting new products that we saw at Eurobike last week, now that we're back home, just about to recovered and eating a more nutritionally balanced diet after surviving on bread, meat, cheese and giant pretzels. It's a tough job sometimes... 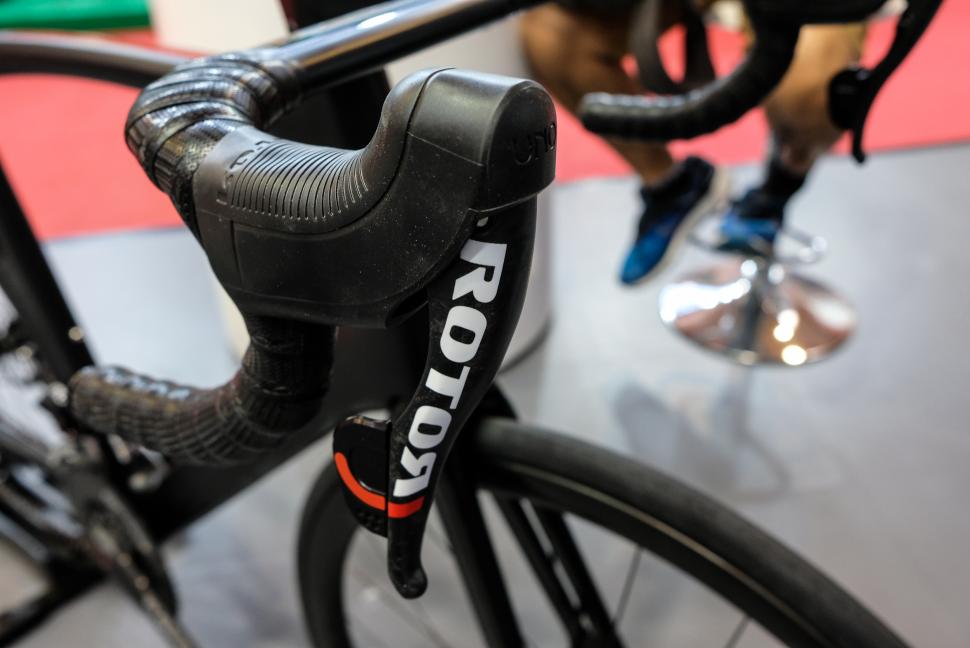 It’s been a long time coming, has Rotor's Uno groupset. We first saw a working example at Eurobike back in 2015, and now it is finally in production and available. So we now know it’ll cost £2,400 and be offered in a rim or disc brake version. We’re hoping to get on the groupset to put it through its paces for a proper review later this month. The groupset war has really heated up in the last couple of years, with SRAM entering the electronic era with eTap and FSA unveilings its K-Force WE semi-wireless groupset. Rotor has taken a very different approach by using hydraulic lines, normally reserved for disc brakes, to operate the front and rear derailleurs. There are obvious benefits to a hydraulic system, and the main one is you can run the hoses wherever you like, it’s not fussy about routing like mechanical gear cables are. There’s also no battery to run flat on you and once the system is setup it shouldn’t really need any maintenance and there’s no way for water or grit to foul its performance. If you carry your bike on your car then you might be interested in the brand new UpRide from Swedish rack specialist Thule. Instead of clamping the downtube of the bike, which if you have a carbon frame is something you might prefer not do, the rack clamps around the front wheel, thus ensuring there’s no potential for damage. The other handy benefit is that it easily accepts any wheel size and tyre width.

USE Helix dropper post - one for gravel and adventure bikes? British company USE has launched a height adjustable dropper seatpost called the Helix. Though aimed primarily at the mountain bike market, the inclusion of a 27.2mm option means one could be fitted to a modern gravel and adventure bike. Whether there’s a market for that remains to be seen, but we’ve seen the new Specialized S-Works Diverge being specced with a 35mm dropper post so maybe there is? Californian company Praxis predominantly focuses on road and mountain bike cranksets and has steadily increased its presence in the market over the years, primarily on the OEM side with Specialized one of its biggest customers. But keen to grow its aftermarket appeal it has stepped up its offering with the launch of its first carbon fibre crankset. Praxis has not only developed its first carbon fibre crankset, but it uses a modular design that provides flexibility for different requirements. You can use a wide range of chainrings or you can fit spider-based power meters from a couple of manufacturers. 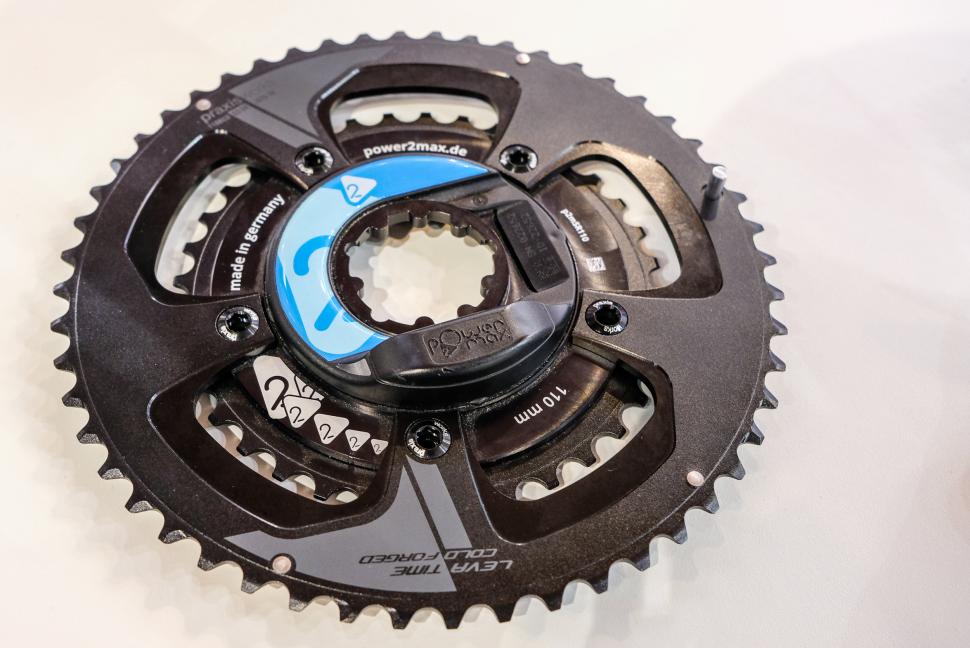 That’s possible thanks to two things. One is the removable spider, similar to what we’ve seen from Easton and RaceFace previously. Its held on teh crank with three bolts and can be swapped out for a power meter like a Power2Max or SRM. It also allows for the fitment of a single ring with the company’s own Wave Ring an obvious choice. Or you can use Praxis' own spider, as shown in the top picture, which has a 160/104  bolt circle diameter allowing a full range of chainrings to be fitted. Paxis hasn't released the details, but we estimate you'll be able to fit outer rings from 46 teeth and up, and inners from 32 teeth.

Praxis claims 610g weight for the double chainring sample it was showing at Eurobike. For comparison, new Dura-Ace R9100 is a claimed 629g. Not only is it competitive on weight, it’s also going to be competitive on price, with a target price of $325. We’re waiting on UK prices to be confirmed in the next couple of weeks but it should also undercut Dura-Ace. 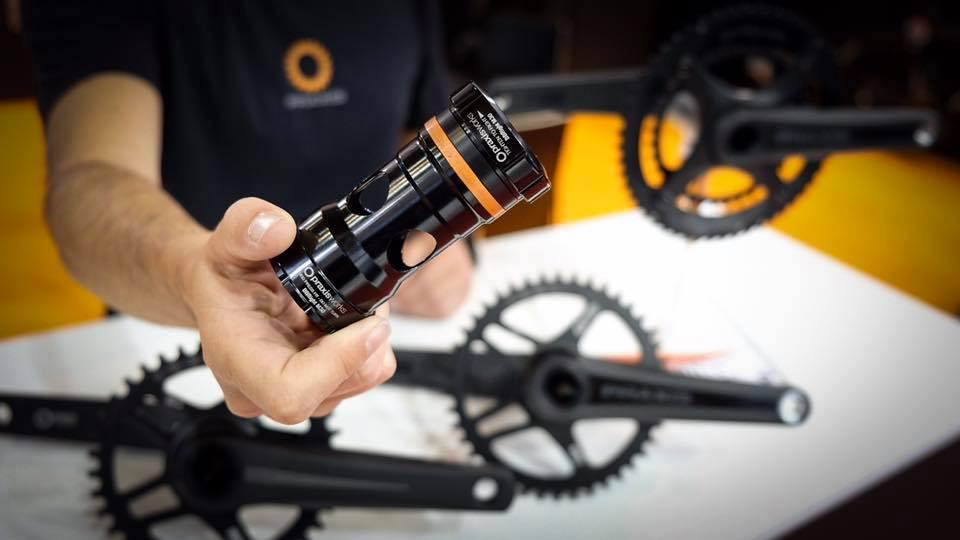 The crankset is based on the company’s M30 bottom bracket system and it has upped compatibility with the launch of a BBRight option for Cervelo and Open customers. In case you’re not familiar with the Praxis M30 system, it’s a 30mm spindle with a step-down to 28mm on the non-drive side to lock the bearing into place.

First look: Does the Praxis Works Alba 48/32 herald the era of the sub-compact chainset? Germany’s Lightweight, most famous for its wheels, has revealed an updated rim brake Urgestalt frameset. Lightweight says that the layup structure has been radically redesigned and actually owes more to the disc brake Urgestalt that was unveiled this time last year than to the previous rim brake model. The main frame triangle is taken directly from that disc brake version although the stays are, of course, very different because they don’t need to handle asymmetric braking force. Lightweight says that the stays provide much more damping and comfort than you got with the previous rim brake model. The new Urgestalt can accommodate 28mm tyres whereas you could fit a maximum of 25mm width previously. 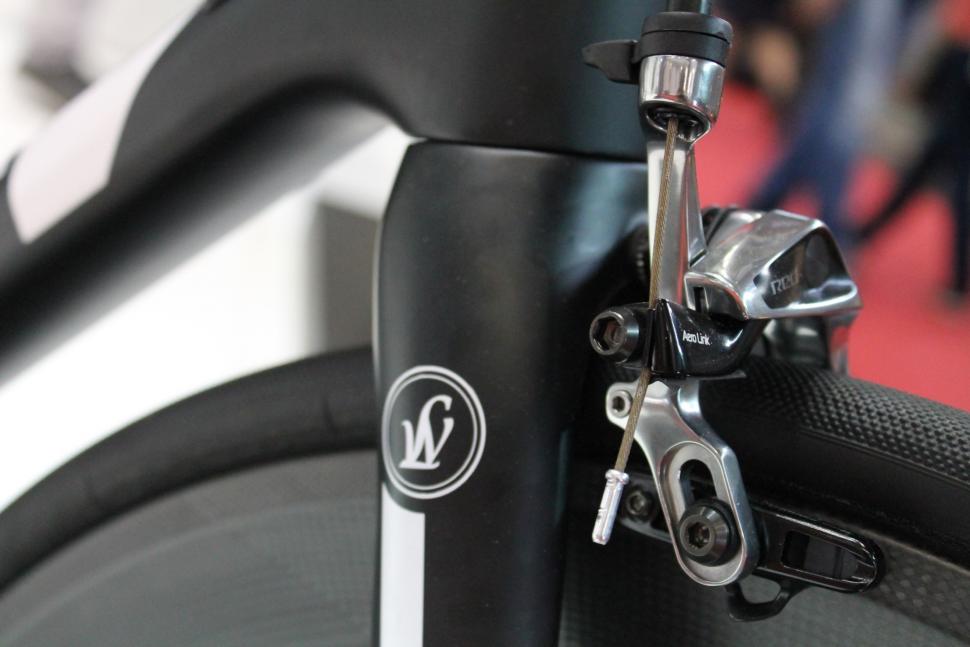 Lightweight claims a 54cm frame weight of 790g, and 340g for the fork. The brand says that it could have gone lighter but it didn’t want to sacrifice strength and durability. 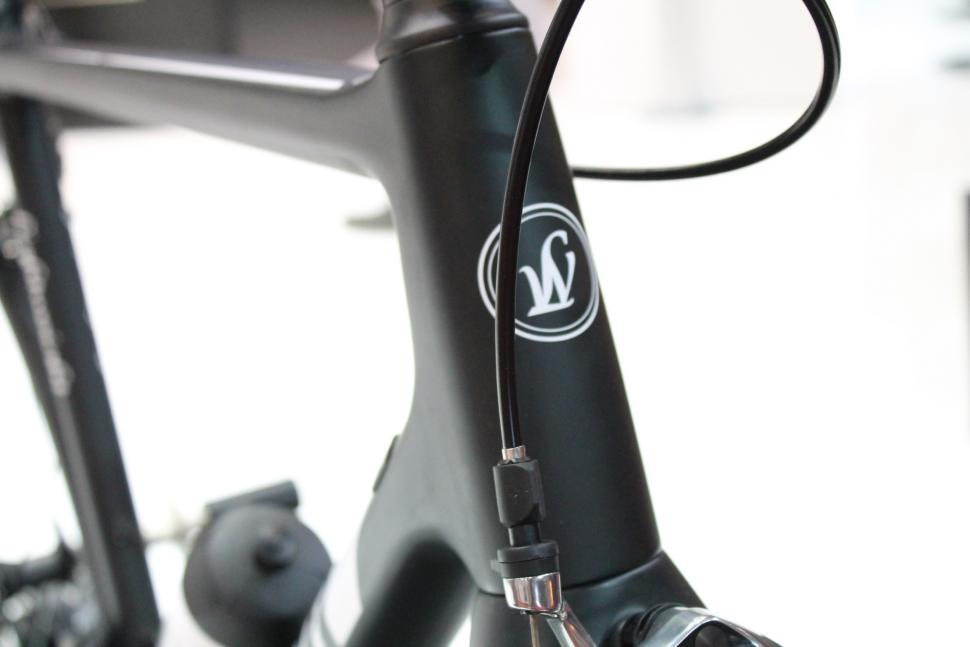 The UK price for the rim brake Urgestalt has yet to be set although it’ll be a touch cheaper than the disc brake model, and that’s £3,989.