Garmin has today unveiled the new Edge 1030, which as we revealed following a leak a few weeks ago, will have a bigger screen, longer battery life and a host of new connectivity features. Garmin has also completely redesigned its power meter pedals, launching the Vector 3 and 3S.

The new Edge 1030 gets a 3.5in high-resolution capacitive touch screen that Garmin reckons works in the wet or with gloves, and ambient light sensors automatically adjust the screen brightness to suit the riding conditions. Battery life has been extended to a claimed 20 hours and there’s a new Garmin Charge integrated battery pack accessory to double the run time to 40 hours for longer rides. 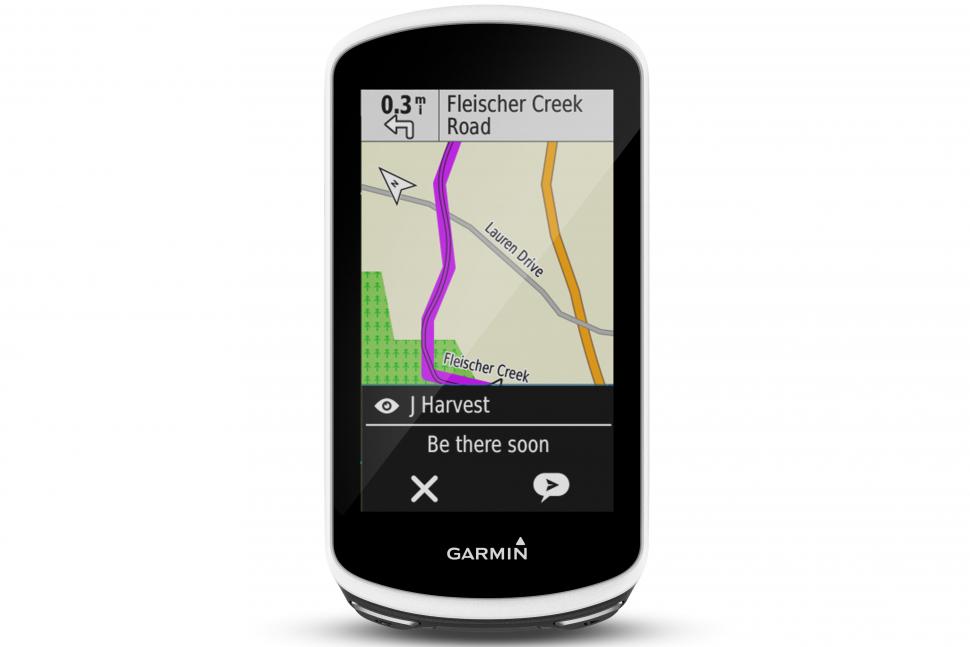 Garmin has beefed up the navigation and course planning features. Trendline utilises the many activities uploaded to Garmin Connect to provide routes using the most popular roads and off-road trails, backed up by preloaded Cycle Maps for turn-by-turn directions on all terrain with alerts for sharp corners and elevation information. You’ll also be able to choose from three round-trip suggestions by choosing a distance and starting direction if you want the Edge 1030 to recommended new routes

Connectivity has been a focus of the new Edge 1030, with the ability to reply to incoming text messages or phone calls with a prewritten message, as well as sending messages from one Edge 1030 to another Edge 1030. Garmin has also integrated incident detection to automatically share your location with emergency contacts if you have an accident. Grouptrack and LiveTrack, features that let you provide real-time location data to friends and family, are retained from the previous Edge 1000.

Strava fans will be able to make use of the latest version of Strava Live Segments, while Strava Premium users will get further access to real-time races against personal best times. There’s also a new Segment Explore feature that lets you view popular nearby segments. If you want to use the Edge 1030 for serious training, Garmin has developed the new TrainingPeaks Connect IQ app to let you put your daily workouts on the Edge 1030, and it’ll also guide you through the workout in real-time with intensity targets and interval

The new Garmin Edge 1030 will cost £499.95 while a bundle option, which includes a premium heart rate monitor as well as cadence and speed sensors, has a suggested retail price of £549.99. There’s a new flush mount that puts the Edge 1030 in line with the handlebars - not above them - for a sleek appearance.

“Whether a competitor, commuter or adventure-seeker, we’ve found a better ride for all cyclists with the newest addition from Garmin – the Edge 1030,” said Dan Bartel, Garmin vice president of global consumer sales. “This innovative GPS cycling computer is compatible with our suite of cycling products, including the new VectorTM 3 and 3S power meter, as well as our VariaTM cycling awareness products like the Varia Rearview Radar and the Varia UT800 Smart Headlight. This means cyclists can now ride faster, farther and more often thanks to the most advanced, intuitive and motivating ride data to date.”

Garmin was an early player in the pedal-based power meter market, and it has today launched its third generation Vector 3 and 3S power meter pedals.

They’ve been completely redesigned. There’s no longer a pod and installation is much easier, they install just like a regular pedal, no calibration is required. That means they can be moved from one bike to another with ease, just like the PowerTap P1 pedals. Garmin says the stack height has been lowered and cornering clearance has improved. LED lights provide setup and maintenance information 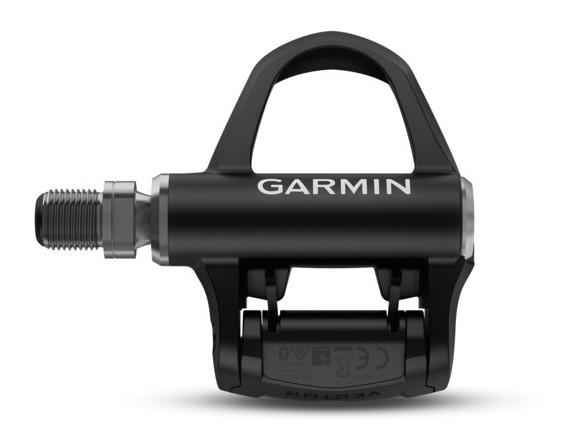 The new Vector 3 pedals have a much sleeker design than the previous Vector 2 pedals with the sensors housed inside the pedals. Benefits of the Vector 3 over the Vector 3S include the ability to display where the power is being produced in the pedal stroke as well as seating and standing position. The cheaper Vector 3S uses the forces from the left pedal and can be upgraded to the dual-sensing system at a later date at a cost of £399.99. Battery life is a claimed 120 hours for each version.

The new Vector pedals use ANT+ and Bluetooth wireless protocols and are compatible with all Garmin products, including the Varia Rearview Radar, Varia UT800 Smart headlight and the new Edge 1030, as well as TrainerRoad, Zwift and Strava. 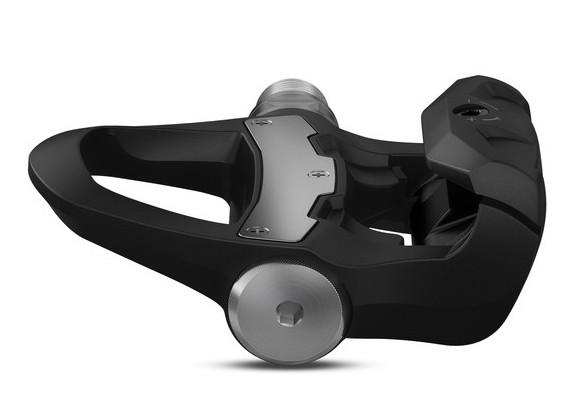 “As cyclists aim to beat their personal best on their next race or Gran Fondo, the affordable and innovative Vector 3/3S will help them ride farther, stronger and more often,” said Dan Bartel, Garmin vice president of worldwide sales. “By redesigning the pedal and eliminating the pod, cyclists have the ability to quickly transfer from bike to bike and still receive advanced performance data that take their training to the next level.”

Those are the details from the press release - we've just landed in Germany for Eurobike where we'll be able to get a closer look at the new Garmin products, so stay tuned for more details very soon.