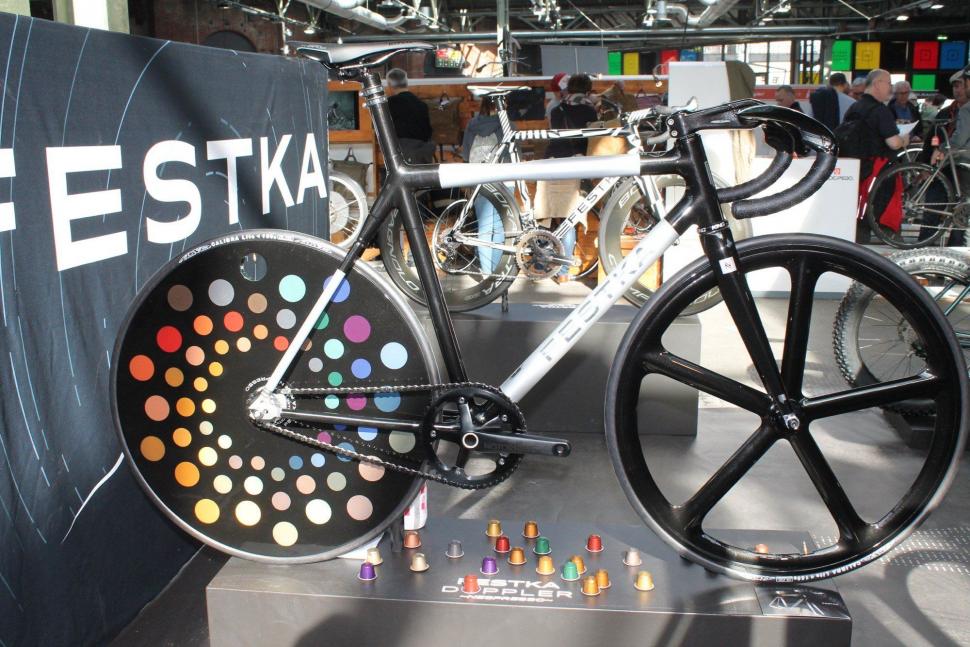 Berlin Bike Show: 8 of the most eyecatching bikes

A selection of showstoppers from the weekend
by Mat Brett

We spent the weekend at the Berliner Fahrradschau, one of the most interesting bike shows in the world. We'll be showing you a whole load of different bikes and bits over the next few days, starting off with these diverse designs… 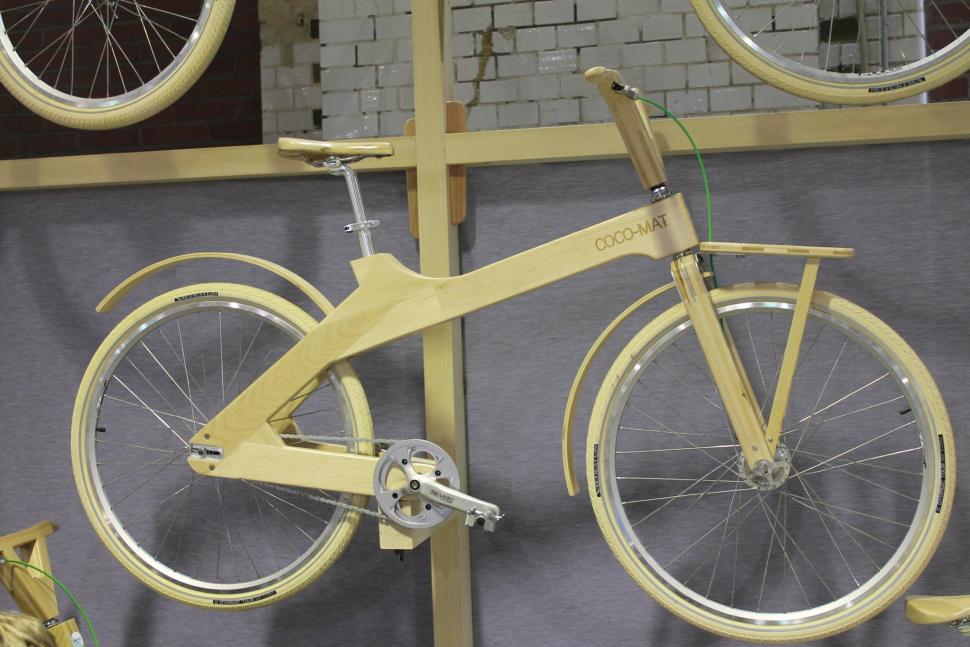 Greece’s Coco-Mat makes wooden bikes for men, women and children. This is the women’s model and it’s not just the frame that’s wooden but also the mudguards, handlebar, front rack and saddle.

I gave the gent’s version a quick spin around the test track – not long enough to make a proper assessment but it certainly wasn’t the boneshaker that I expected. It actually felt pretty smooth, believe it or not. 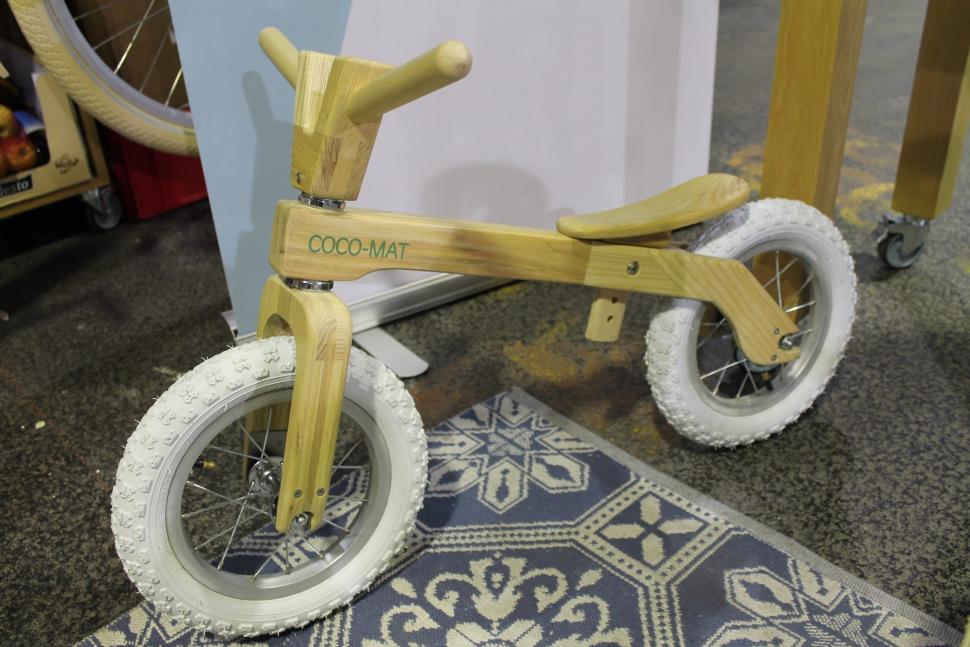 You know about Nespresso, right?  You whack a little aluminium pod into the front of the machine and a cup of coffee magically appears at the bottom.

Well, Nespresso takes some stick for the waste involved in all of those single-serving pods, so it got Feska to demonstrate that the aluminium is recyclable by asking the Czech Republic brand to turn it into tubes for a bike frame. 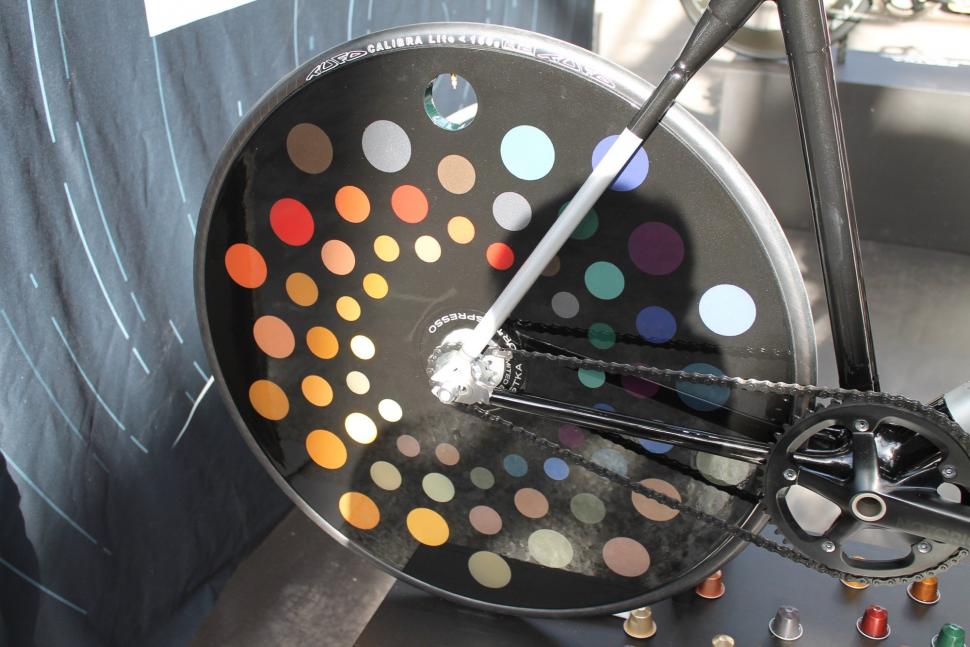 How many Nespresso pods did it take to make this frame? 995. Honestly, we asked. 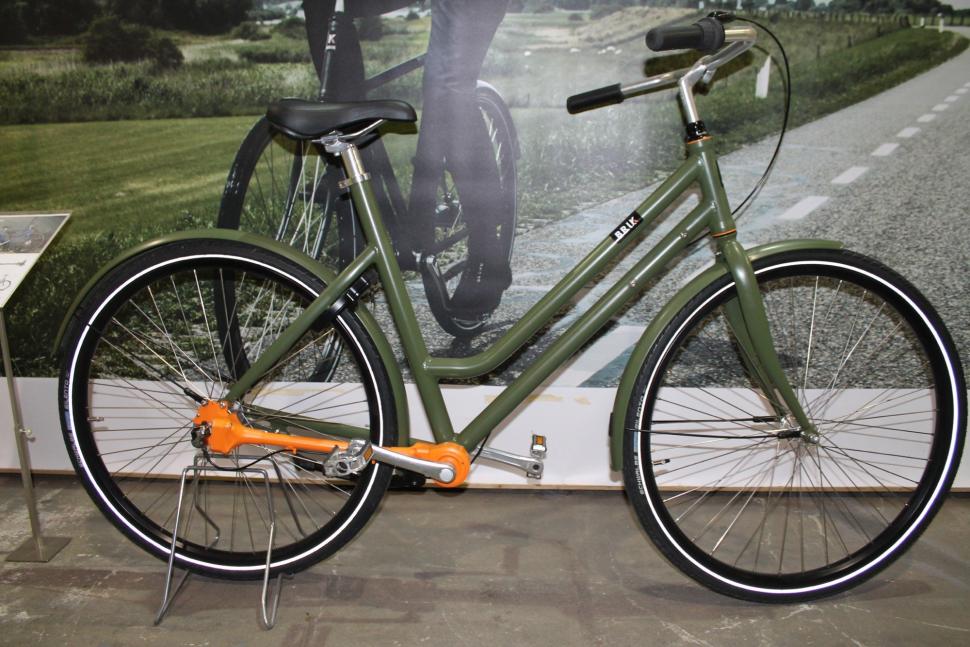 This idea behind this city bike is that there’s no chain to get rusty. Instead, it uses a shaft drive that is said to be maintenance free. 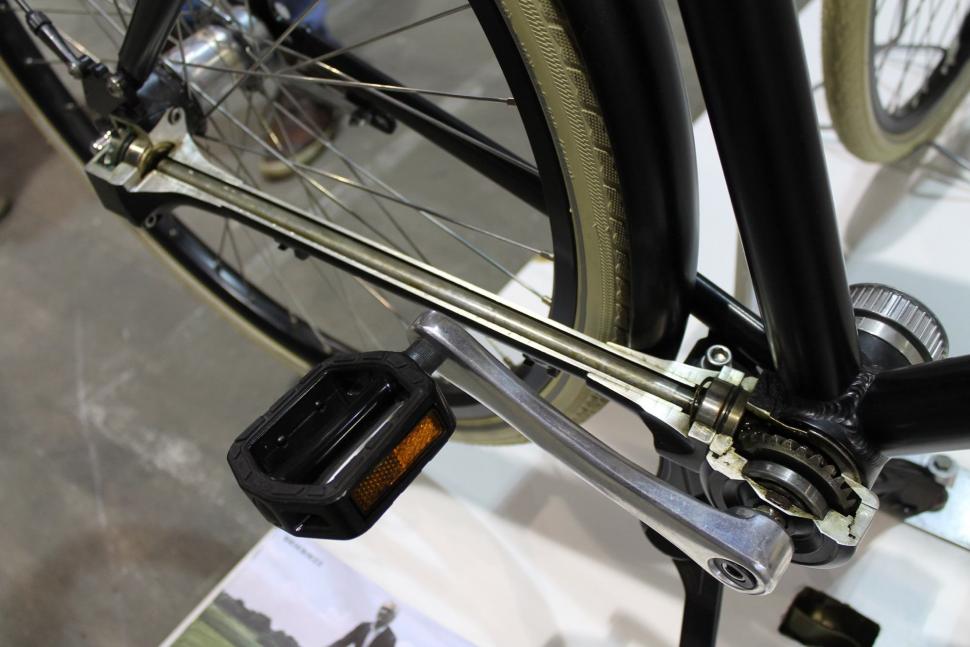 The range is designed and built in the Netherlands and covers various different frame styles including both men’s and women’s models. 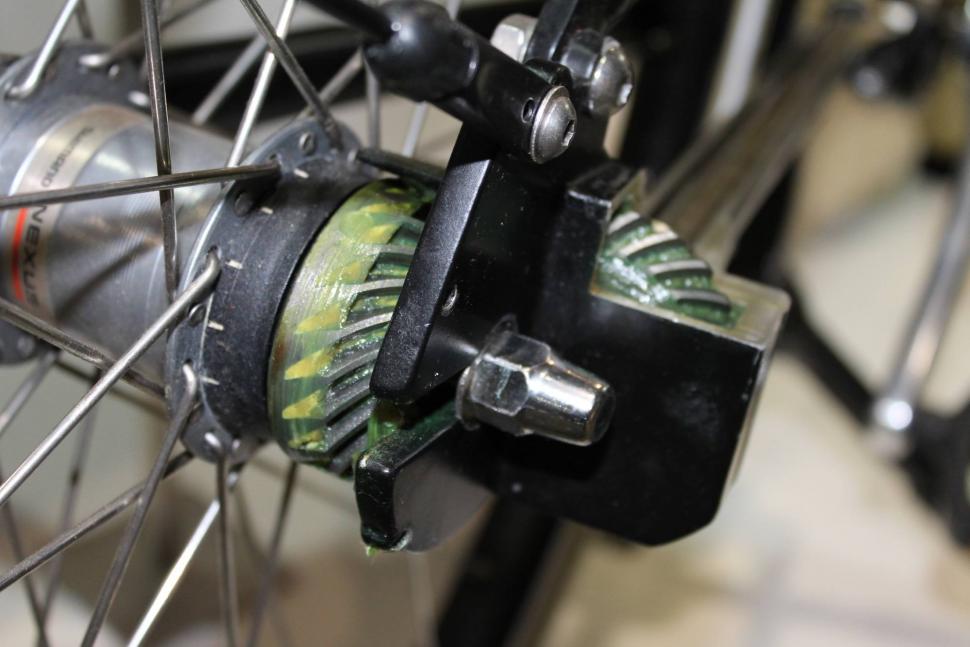 We stuck a short video of the system in action on Instagram. 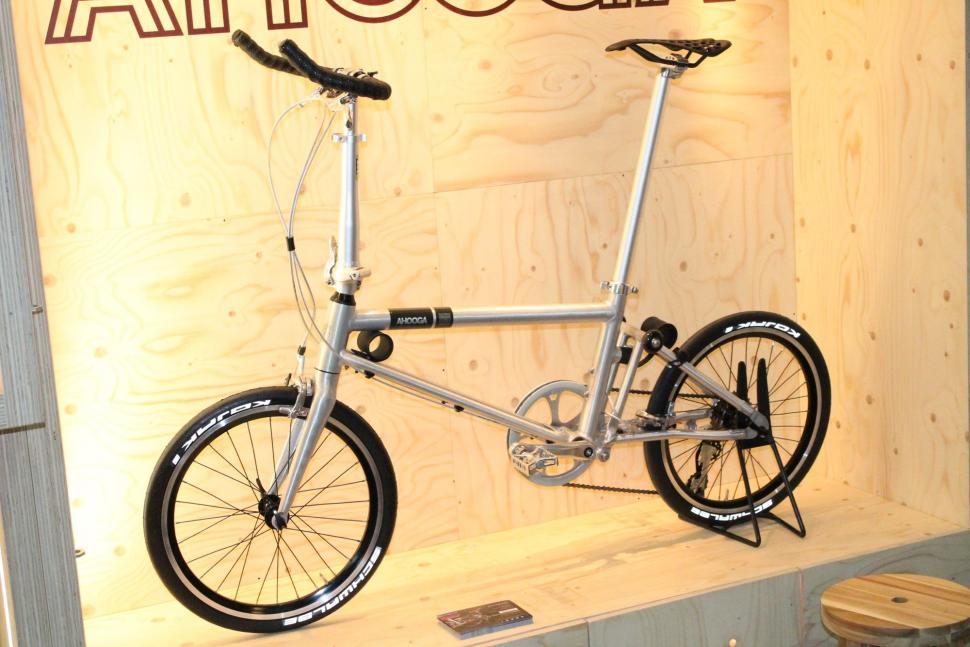 The Ahooga folding bike is a clever design with the rear wheel pivoting forward to slot down the centre of the dual down tube. 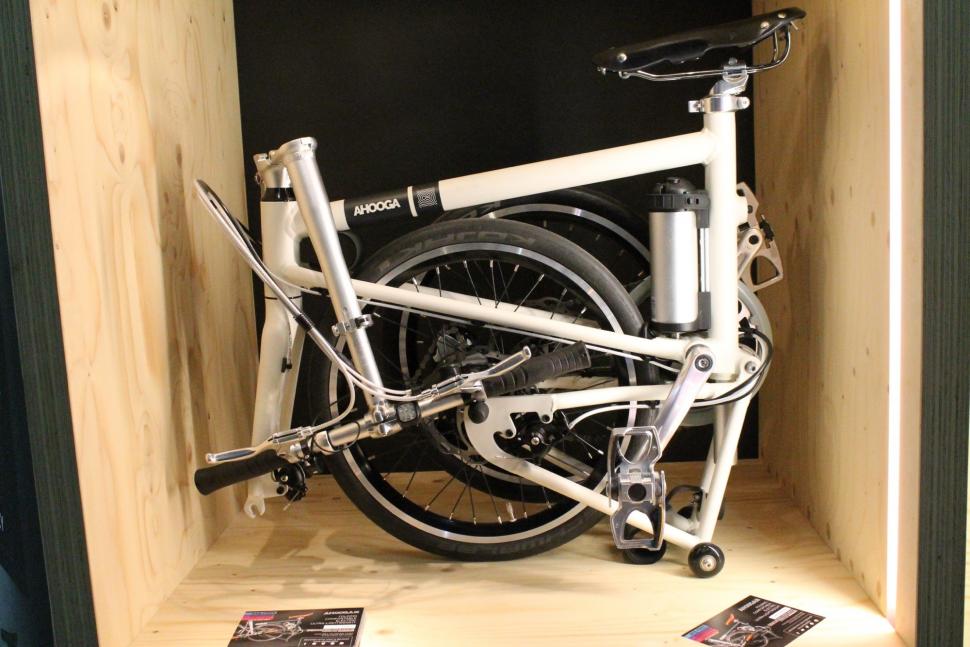 It’s available in both electric (13kg) and non-electric (10kg) versions and is about to get distribution in the UK.

Check out our Instagram video to see how quickly it folds. 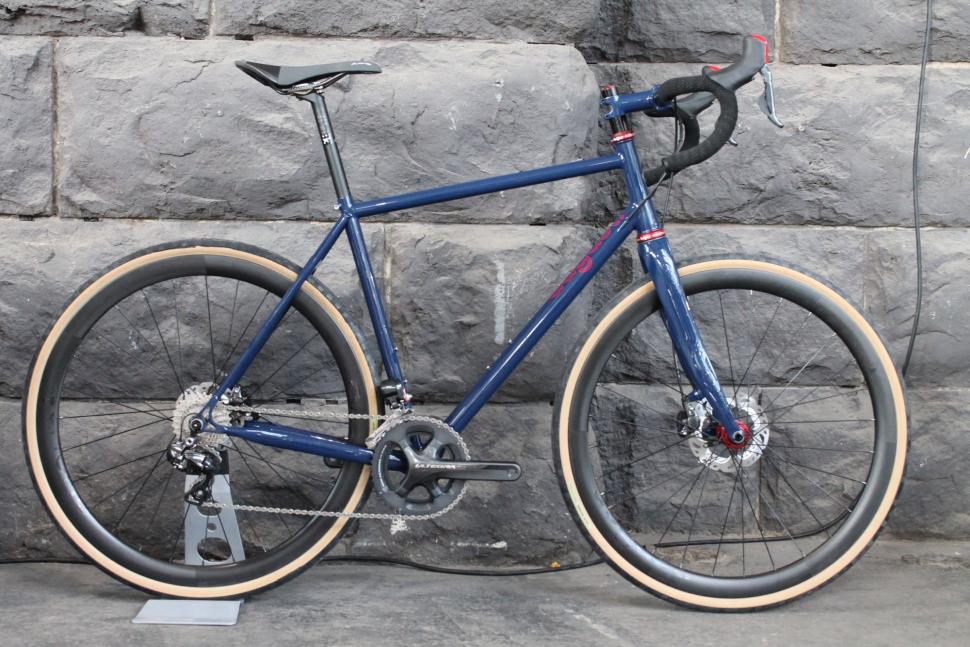 These two bikes have been handbuilt by August Bicycles for Vulpine founder Nick Hussey and his wife Emmalou to celebrate the clothing brand’s fifth birthday. 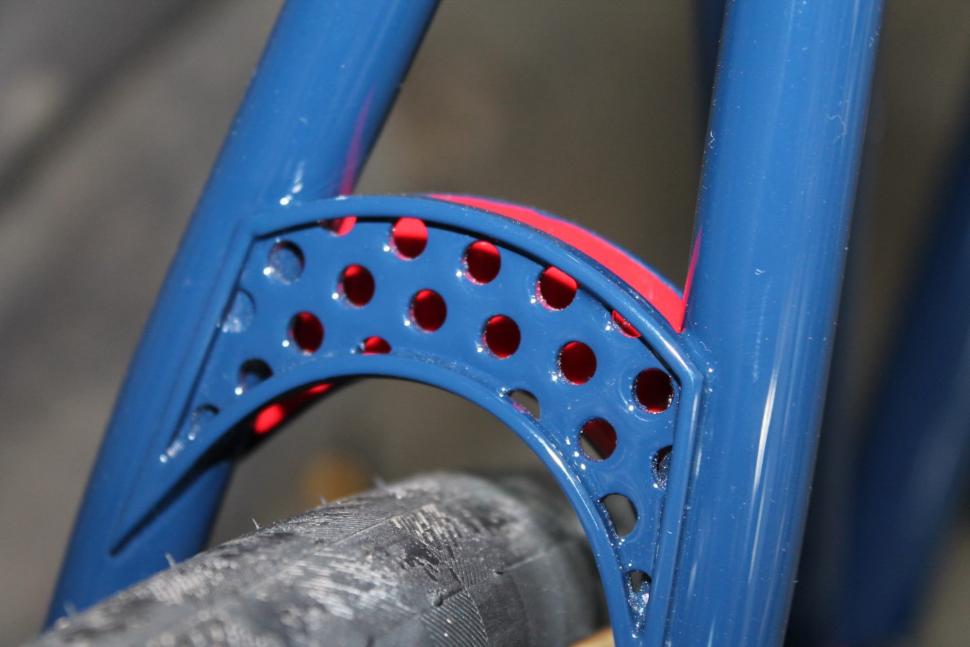 The chainstay bridge is designed to give the appearance of red polka dots to the rider behind. 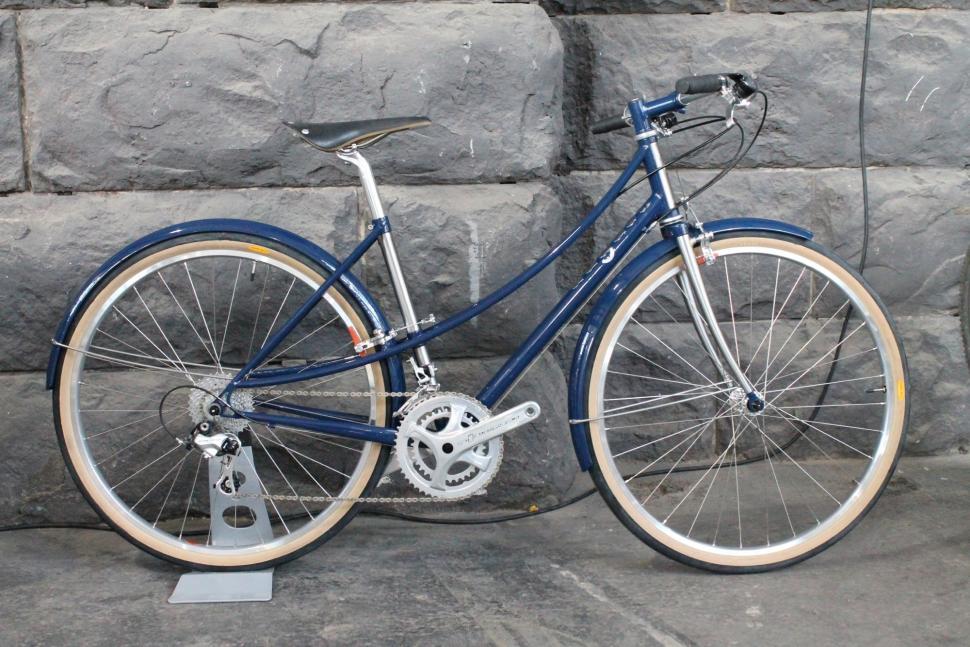 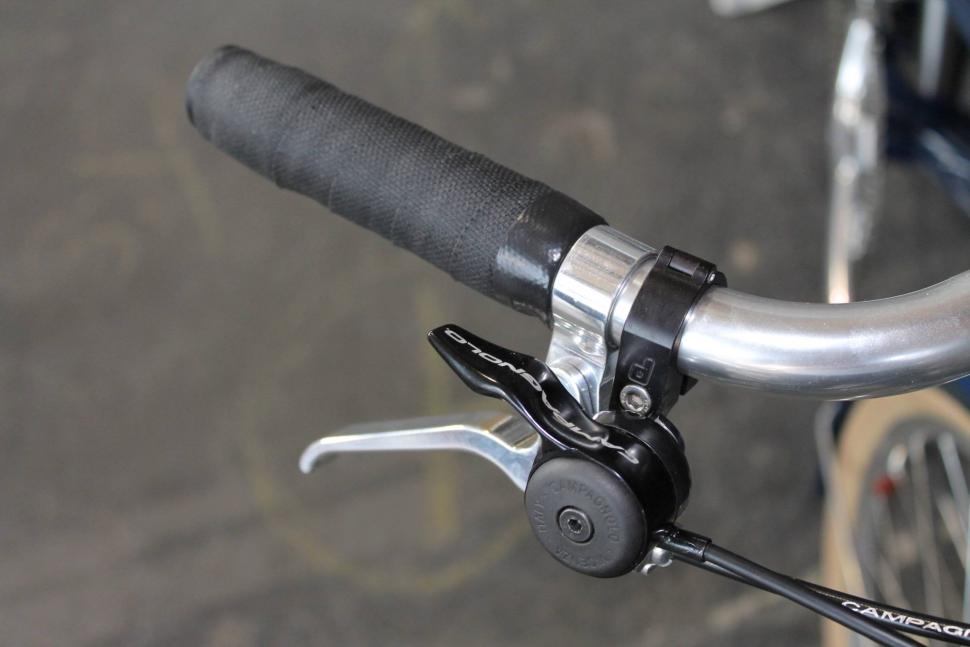 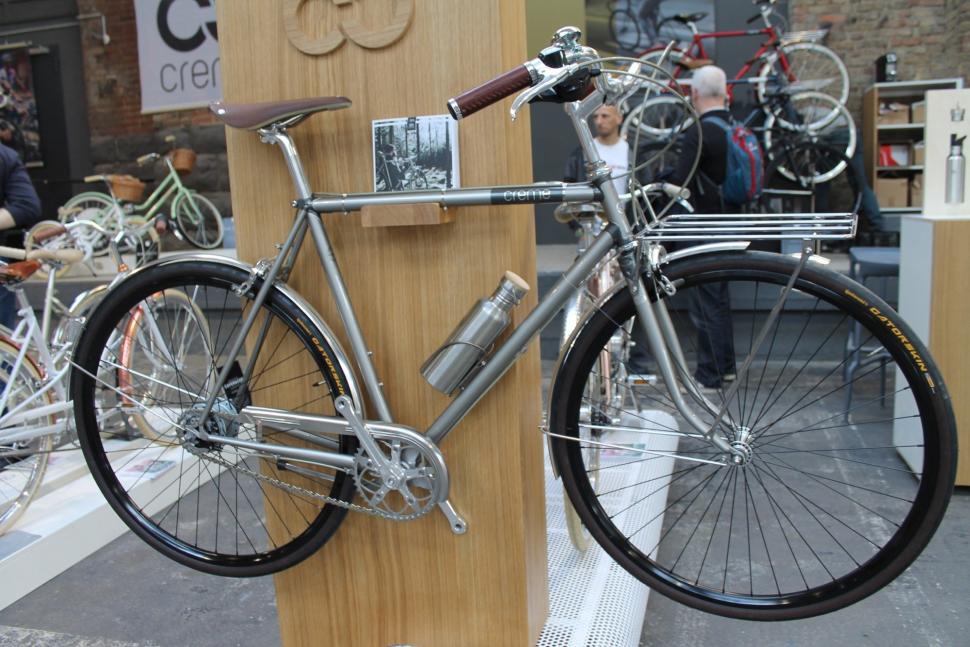 The Caferacer is built around a lugged frame with Tange Prestige tubes and a cromoly butted Tange fork. It’s available in various different three, seven and eight-speed versions. 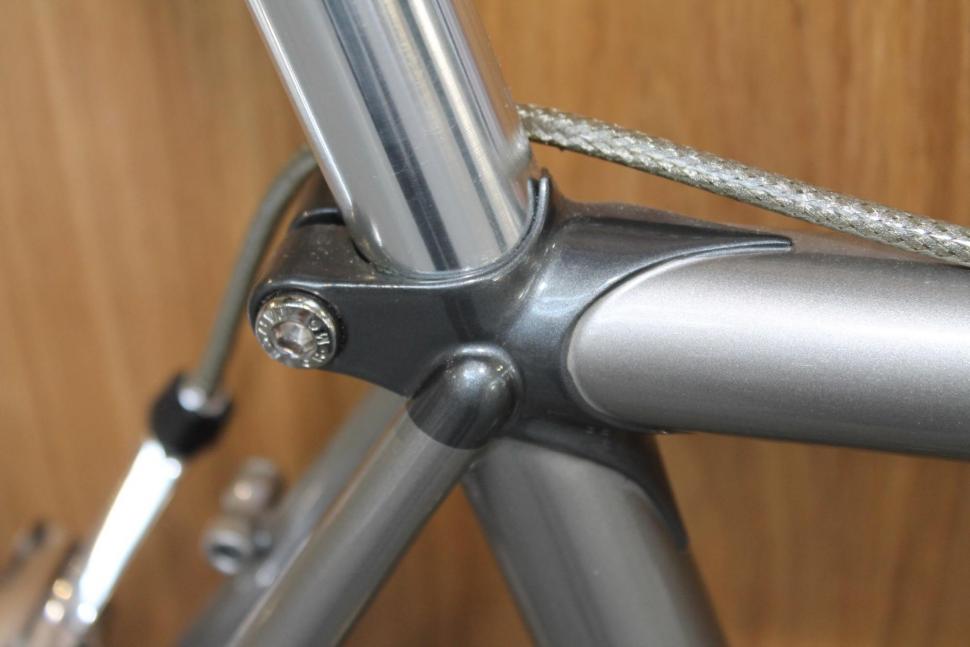 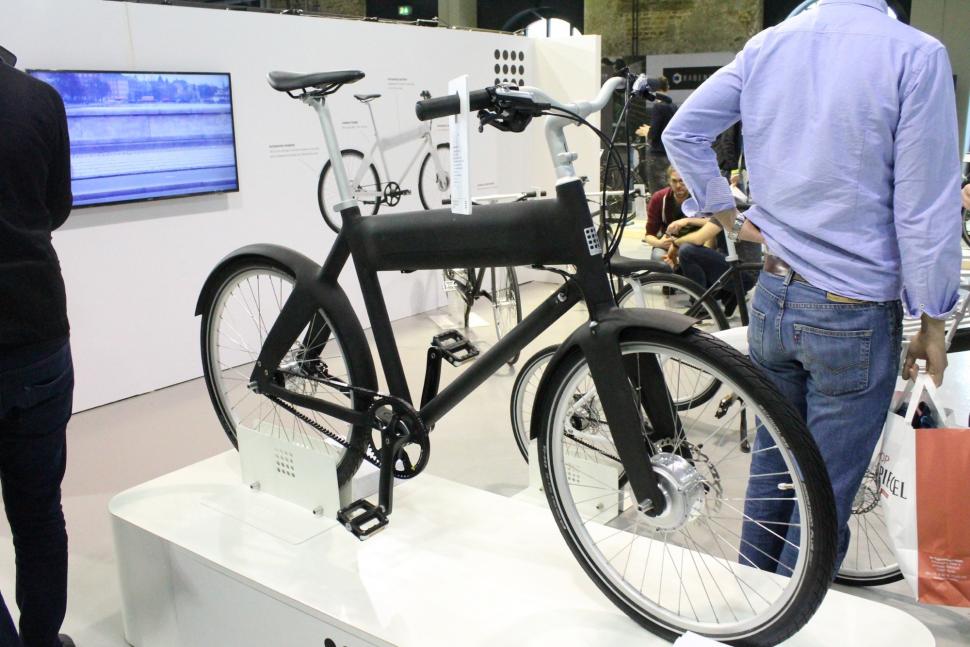 The Biomega Oko is a carbon pedelec bike with an integrated 36V battery and a 250W front wheel. Unusually, the mudguards are moulded along with the frame/fork rather than added afterwards. 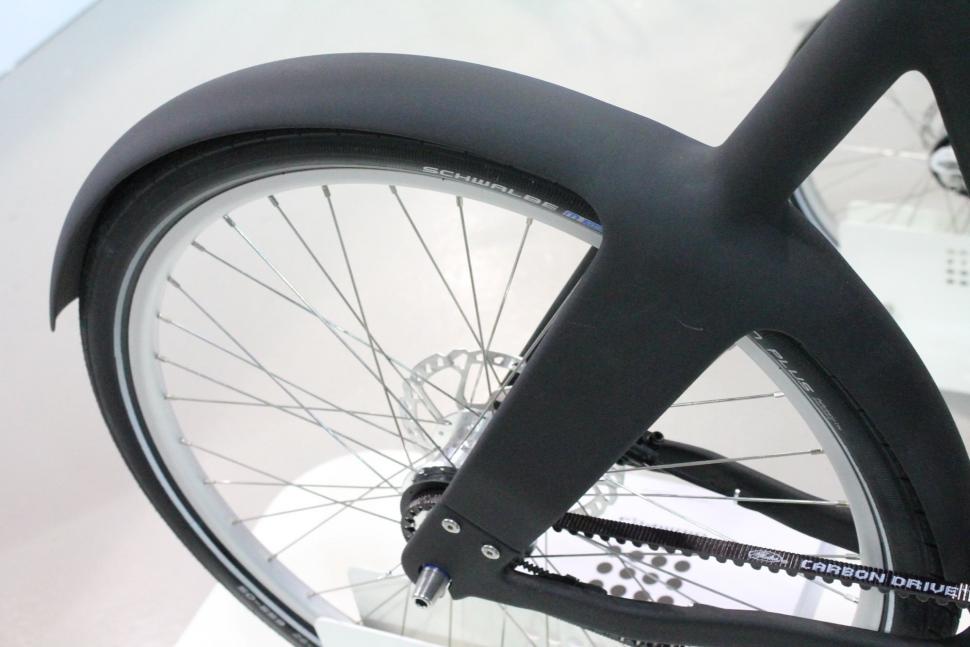 It is belt driven to minimise maintenance. 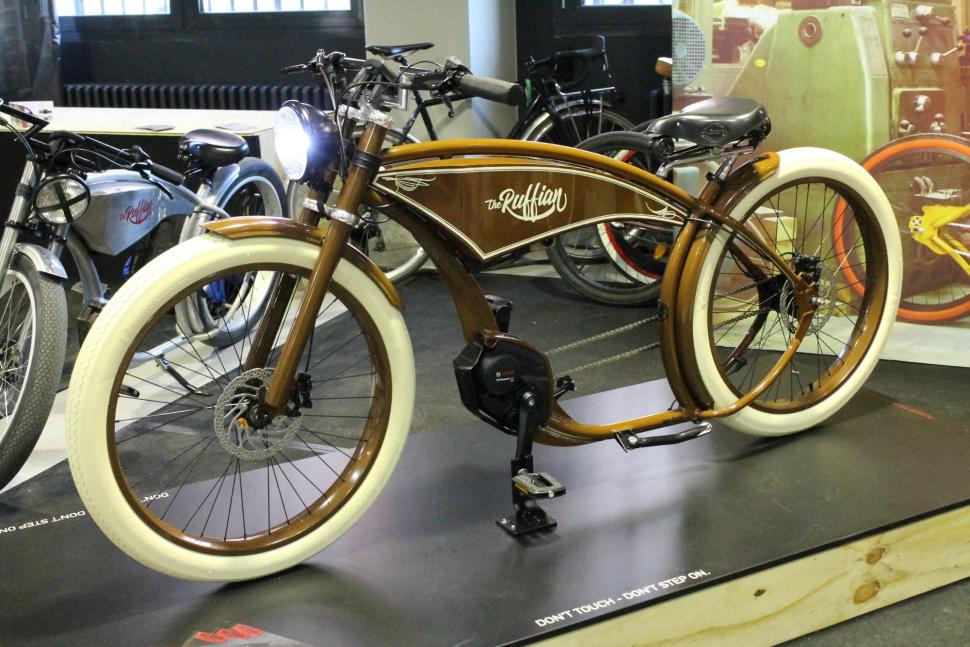 This is another e-bike, handmade in Germany and powered by the Bosch Performance Line CX system.

The Ruffian isn’t light, hitting the scales at 29.5kg, but we get the feeling that looks are a far higher priority than weight here. 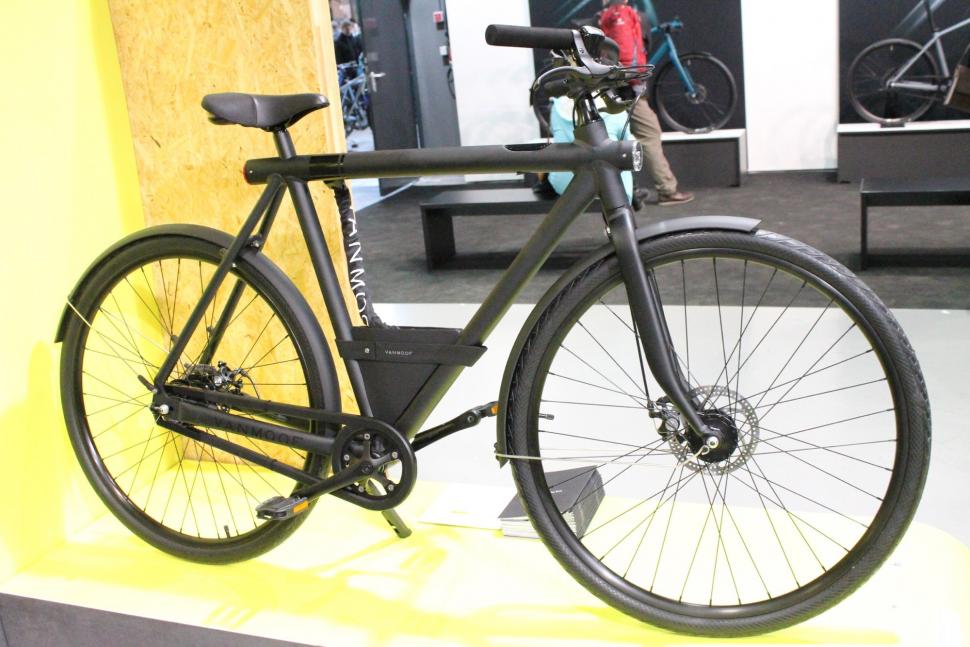 We told you about VanMoof’s SmartBike last year so go to our original story for all the details. 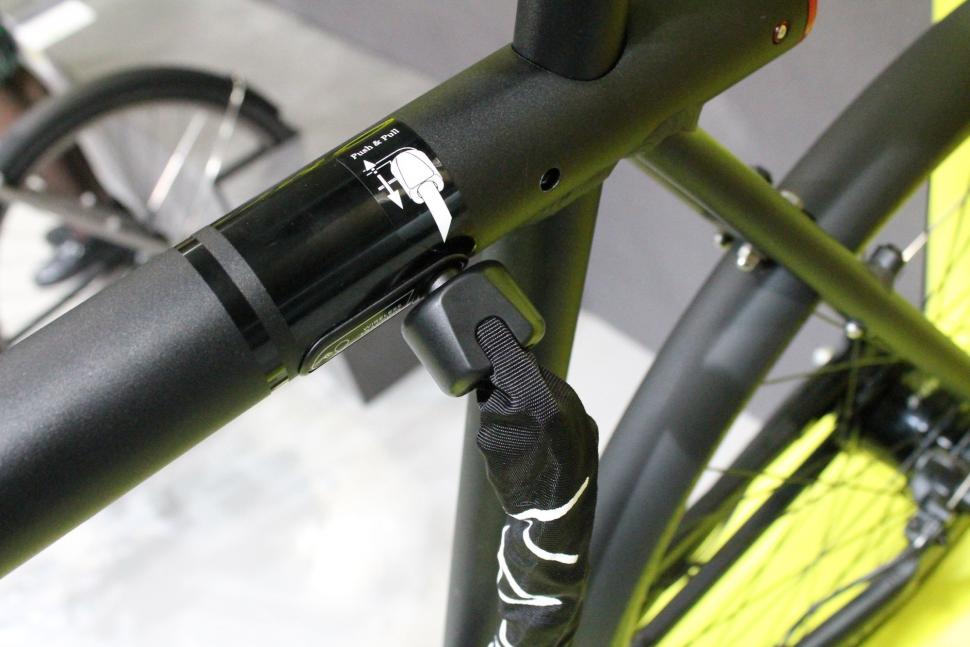