Zipp has revealed a new 454 NSW carbon clincher – featuring a distinctive ‘SawTooth’ rim shape – that it claims is its highest performing wheelset ever.

The key innovation here is the SawTooth rim architecture (a little confusing because Zipp already has ABLC SawTooth Technology that refers to a specific dimple configuration) that’s intended to reduce aerodynamic drag and side force. 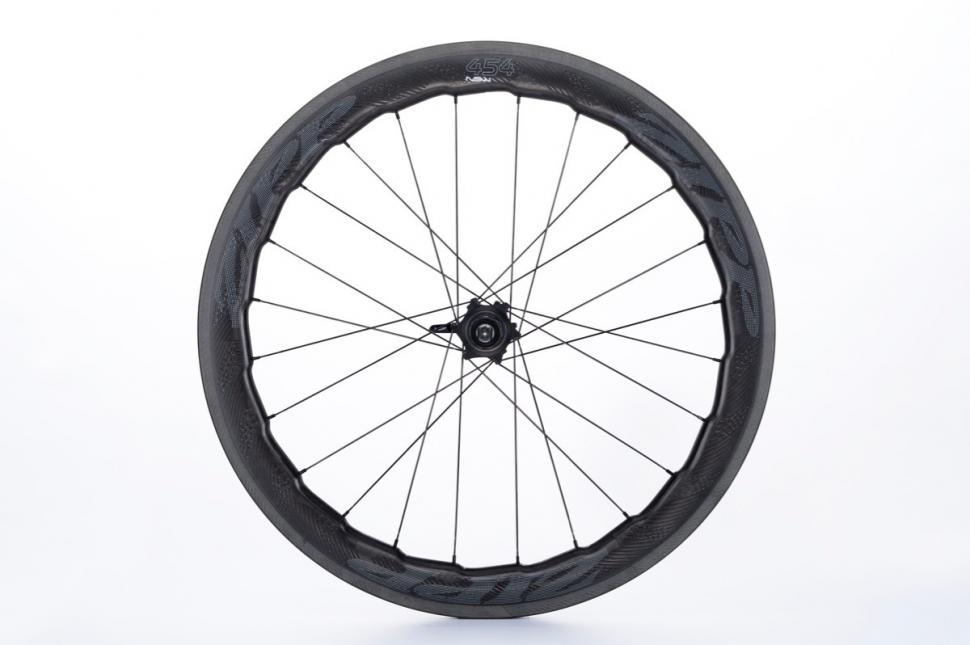 “SawTooth accomplishes this with a series of patented fin-shaped HyperFoil nodes along the inner diameter of the rim that work together with our new HexFin ABLC dimples for improved airflow,” says Zipp.

That’s quite a lot of jargon already. We’ll come back to it in a sec!

“The result is Zipp’s highest performing wheelset ever realised with both aero-drag reduction and reduced side force at all wind yaw angles. This is important because higher wind yaw angles are where bike handling is most affected by the wind.”

Although clearly related to drag and stability, Zipp doesn’t say exactly how it has concluded that the 454 NSW is the ’highest performing wheelset’ in the range. 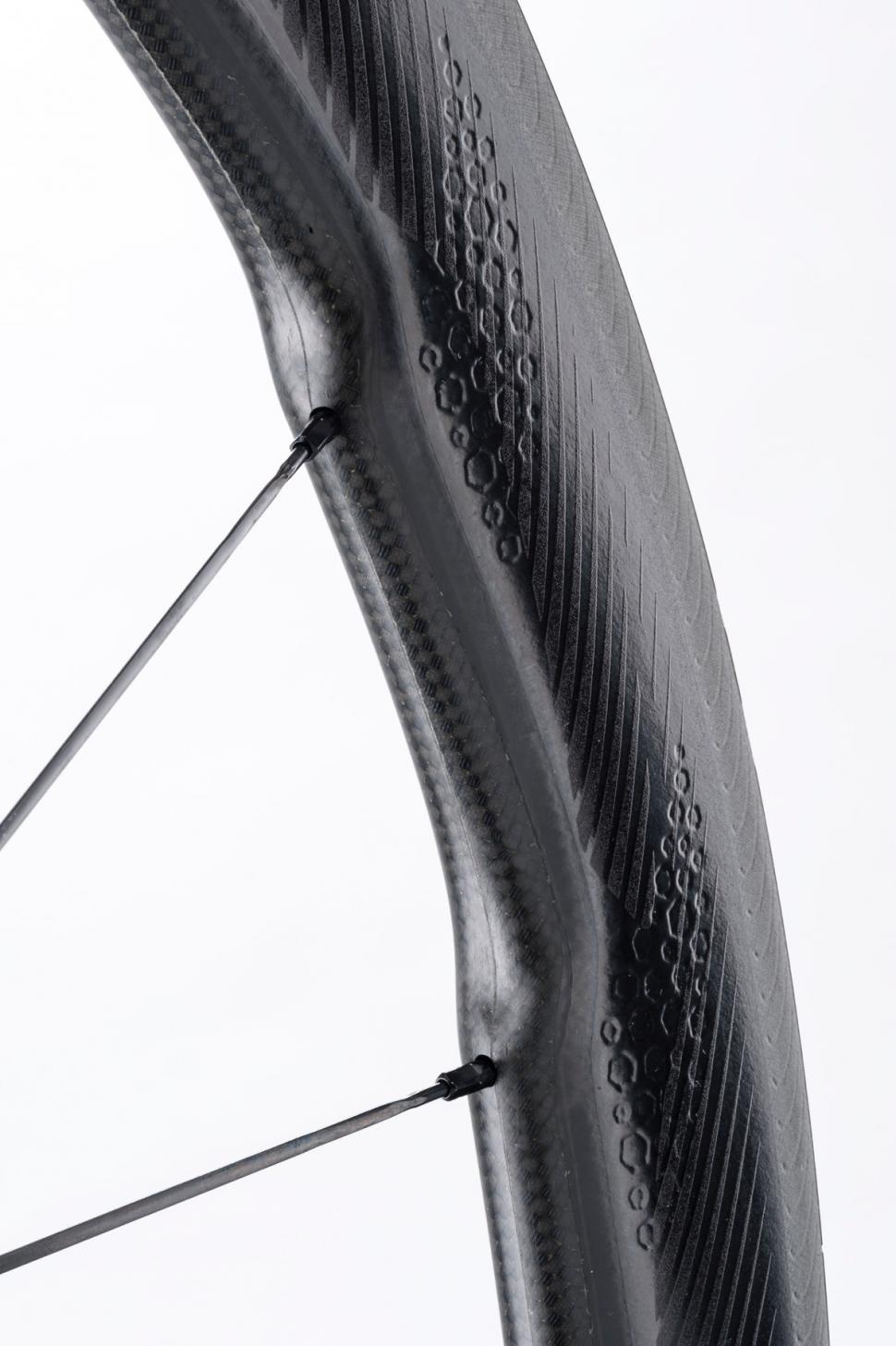 So, those terms: HyperFoil is the name Zipp gives to the individual nodes on the rim – each individual 'tooth' that's 53mm deep at the bottom and 58mm at the tip.

“The angular shape of each dimple increases boundary layer mixing to help keep airflow attached to the rim for reduced aerodynamic drag and improved stability in crosswinds,” says Zipp.

“To further improve the effectiveness of the hexagonal dimples, they are arranged in fin-shaped clusters made up of variable sized dimples that work in concert with each Hyperfoil of a SawTooth rim.” 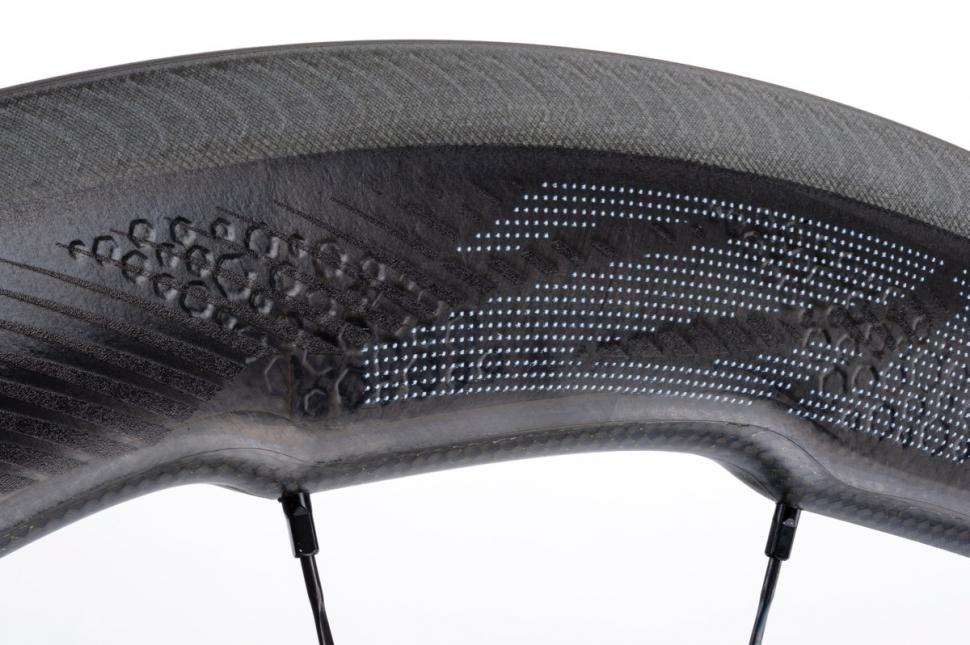 Crikey, I hope you’re keeping up! Ready for a bit more detail?

The idea is that this increases your control and saves energy, leading to faster riding.

Check out our complete guide to Zipp wheels here.

Zipp says that the inspiration for the SawTooth design came from the irregular shape of the leading edge of humpback whale pectoral fins. No, really. This led to the testing of 36 distinct rim shapes and prototypes with different depths and numbers of HyperFoils.

The 454 NSW features Zipp’s existing Showstopper brake track – a moulded in texture with silicon carbide particles suspended in the surface resin – designed to enhance braking performance, particularly in wet conditions, and ImPress graphics which are printed directly on to the wheels so as not to compromise the effects of the dimples.

Like Zipp’s other NSW wheels, the 454 uses the brand’s Cognition hubset. This features its Axial Clutch that uses magnets rather than springs to move and engage the ratchet rings in the freehub, the idea being to reduce friction when coasting. 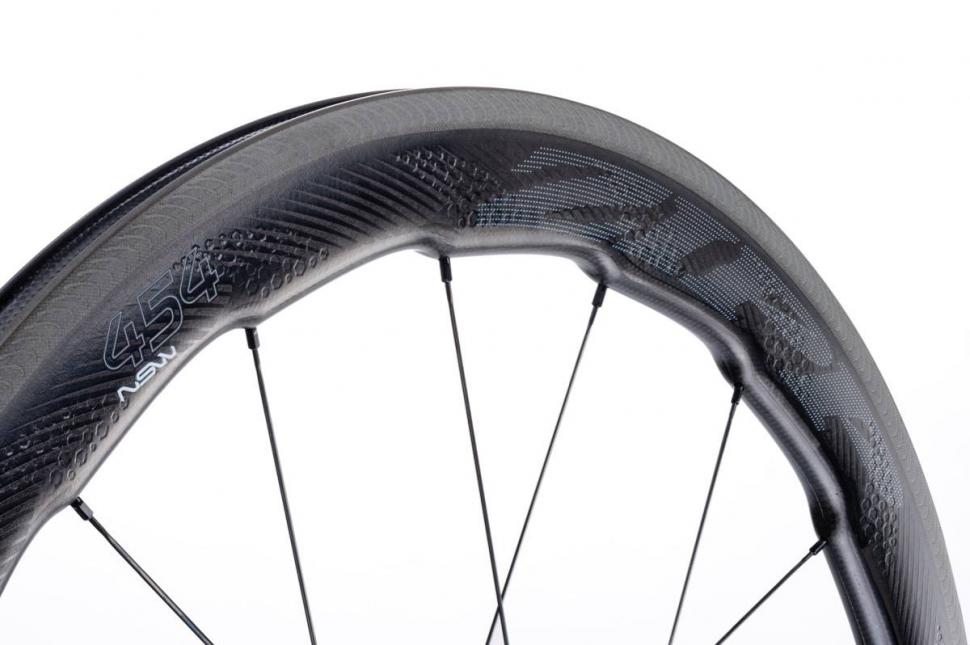 The wheels are built with Sapim CX-Ray spokes, 18 at the front, 24 at the rear.