AX-Lightness is a German composites specialist that over the years has produced some of the lightest components and bikes we’ve ever. Ahead of this year’s Eurobike show, the company has revealed some details of its newest bikes, including a 6.7kg gravel bike with disc brakes and a 4.8kg road bike with SRAM eTap.

AX-Lightness has produced the lightest road bike we’ve yet written about, the 4.4kg Vial Evo Ultra which was unveiled last year. It was made possible by the use of some very light, and expensive, components, including a THM chainset and carbon fibre brake calipers and a SRAM Red mechanical groupset, still one of the lightest available. 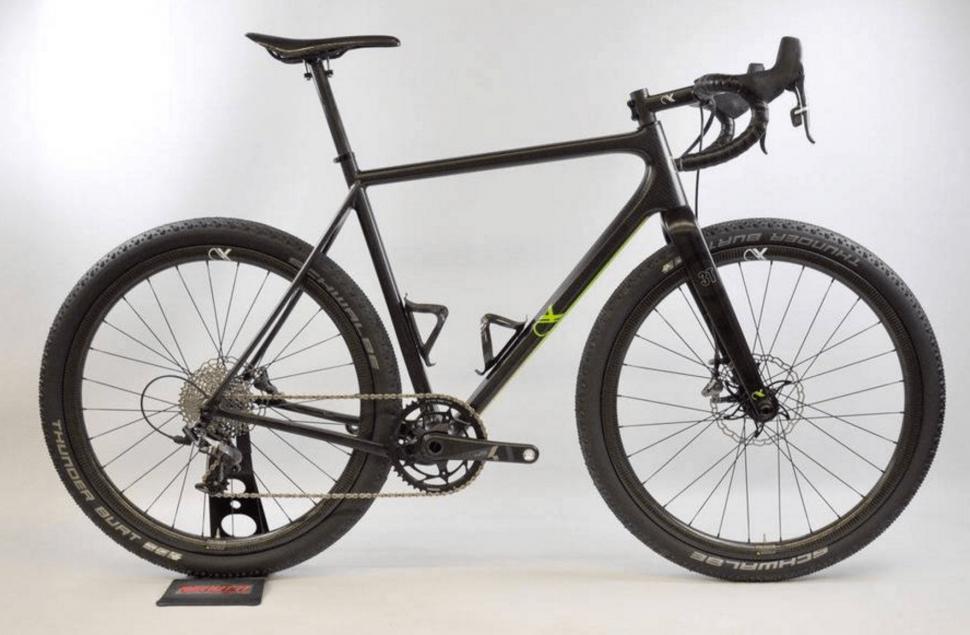 What makes it so light is a 1kg carbon fibre frame, as light as some road race frames, which has been in development for the past two years. Yet there’s space for up to 40mm tyres if using 700c wheels, or 2.1in tyres on 650b rims. The bike is disc brake specific, as is the way with gravel bikes.

Built up with its own Ultra 27.5C Clincher carbon wheels and a SRAM Force 1X groupset, it’s lighter than the UCI’s minimum weight limit for race bikes. Admittedly this bike will never go anywhere near a professional road bike, but it’s an impressive stat. 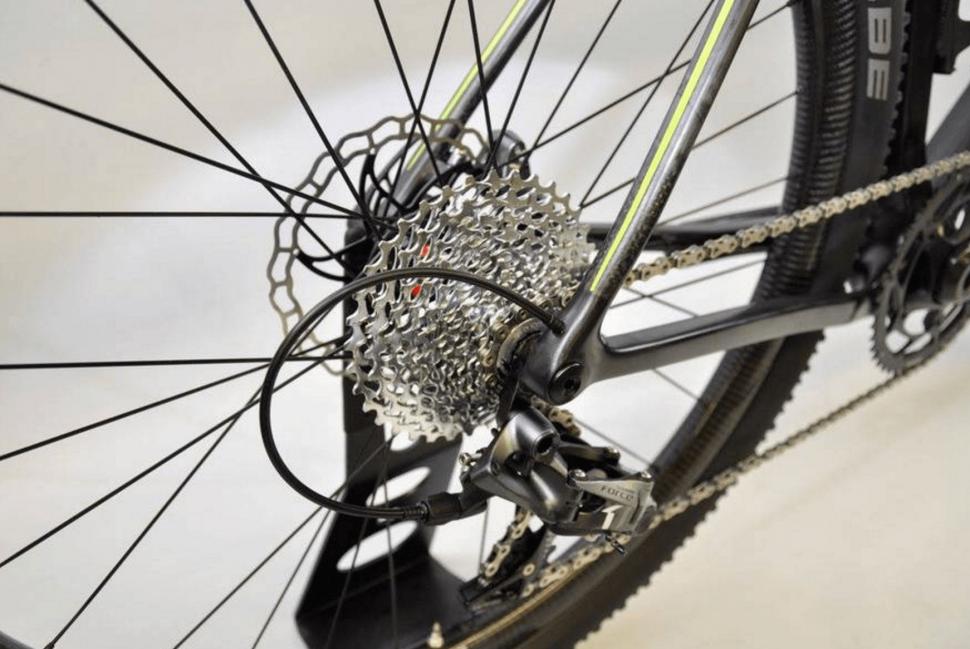 The frame has been designed specifically for a single ring drivetrain, so there’s no concession to fitting a front mech, and this has allowed the company to increase the tyre clearance. Up front is a 3T carbon fibre fork with a thru-axle, and out back is a matching thru-axle.

We don’t know more details than that at this stage, the website does say it’s work in progress, and we’ll definitely be taking a closer look next week to find out more.

If slick tyres are more your thing, then how about this Vial Evo Ultra? It is now available in an SRAM eTap version, with no cable ports, and weighs 4.8kg in the pictured build. 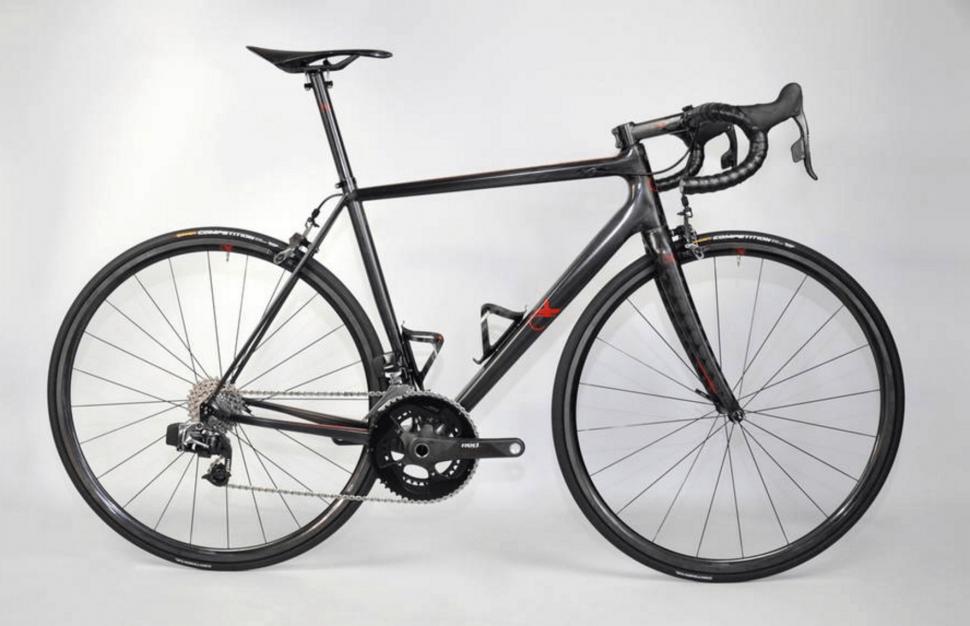 The frame has been updated for 2017 and weight savings have been found by the use of redesigned chainstays that allows the fitment of wider tyres, as well as improving frame stiffness.  There are two versions of the frame, the lightest is just 600g (frame and fork is sub-1kg) but comes with a 100kg rider weight limit. Or there’s a ‘plus’ version which has a rider weight limit of 120kg.

“For 2017, the VIAL evo Ultra has experienced significant improvements: The positive characteristics, such as the groundbreaking weight and stiffness, as well as the outstanding comfort were retained, at the same time but increased usability to even more fun and driving pleasure to give you that,” says the company.

There’s also a new Vial Evo Race which offers a 700g frame with a geometry that leans towards being much more aggressive than the Vial Evo that this model is based upon. 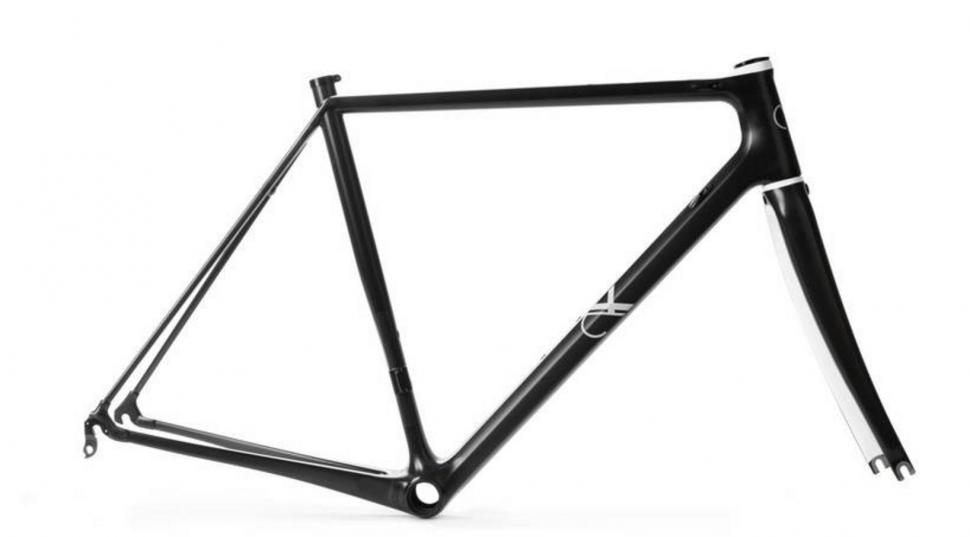 Like the updated Vial Evo Ultra previously in this article, the chainstays have been modified to allow the fitting of wider tyres, as is trendy these days. 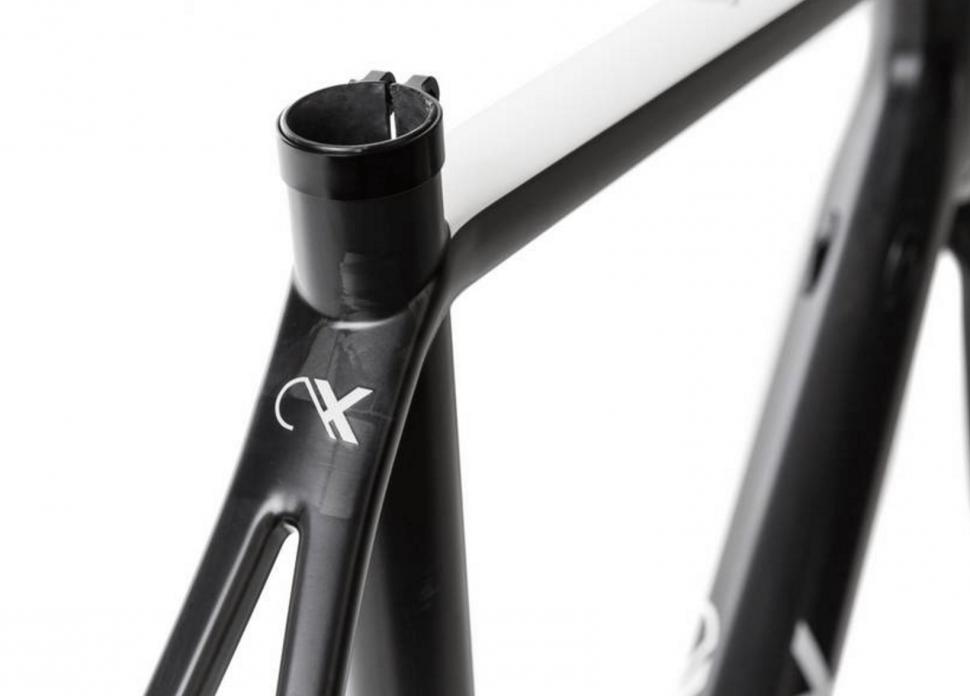 There is a 120kg rider weight limit, which is higher than the Vial Evo D by virtue of the bigger tubes used in the main triangle, carefully placed reinforcements and a modified layup, all to raise the weight limit.