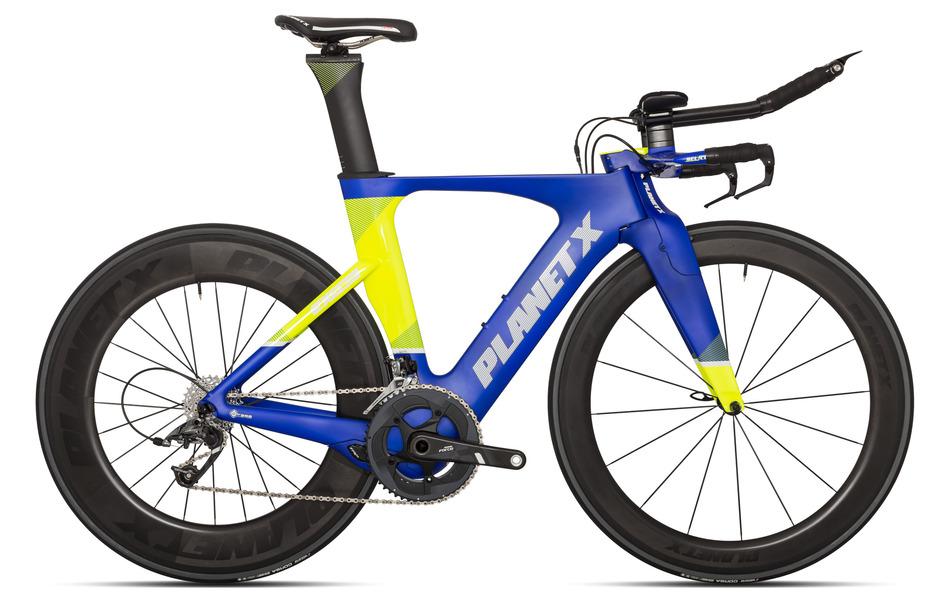 Buying a fully fledged time trial bike can be an expensive purchase but Planet X’s new EXO3, which starts at just £2,499 for a complete bike, makes the race against the clock reasonably affordable.

Planet X has been producing time trial bikes for many years now and has carved itself a nice little niche for delivering unbelievable value for money, and it’s for that reason that they’re usually well represented at evening 10s around the UK.

The Rotherham-based company has been refining its time trial bike over the years, from the days of the Stealth, a rebadged Ridley, to the futuristic looking Exocet and its follow-up, the Exocet 2 a few years ago.

The EXO3 is the latest incarnation in the company’s Project Aero. The new frame has been six months in development with extensive CFD (computational fluid dynamics) and wind tunnel testing to refine the shape of the tube profiles. Planet X says the new bike is “built to win.” 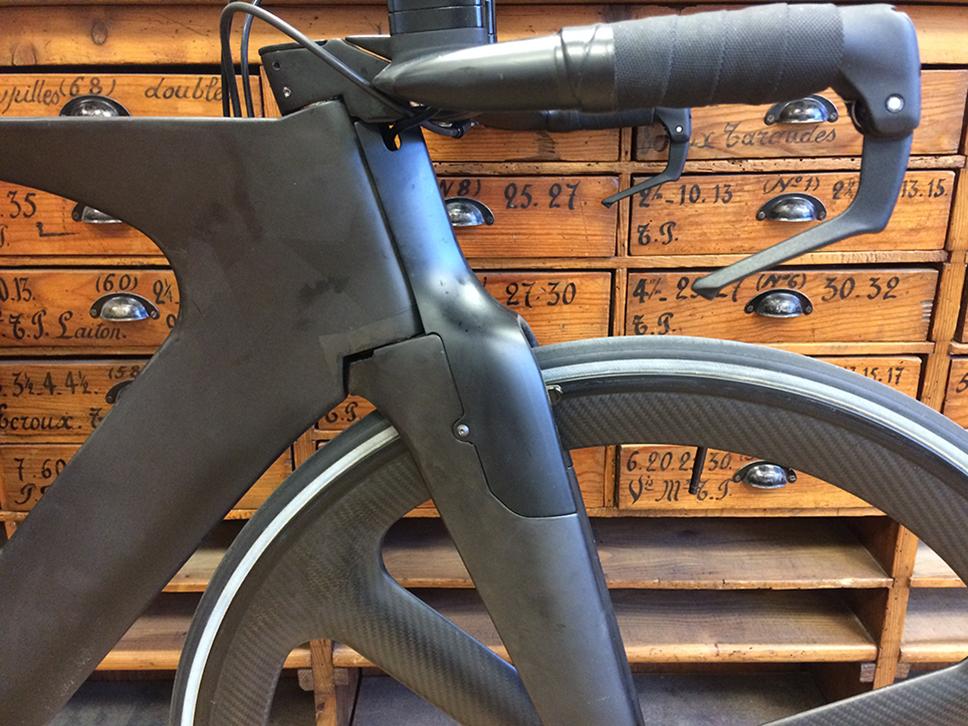 One key change in the pursuit of reduced drag is the switch to integrated brakes. The front brake is concealed in the front section of the all-new fork, while the rear brake disappears under the chainstays. It’s using stock TRP TTV09, a mini V-brake.

Planet X appears to have taken inspiration from Pinarello’s Bolide with the front brake housed behind a sort of fairing that extends all the way in front of the head tube to below the stem. 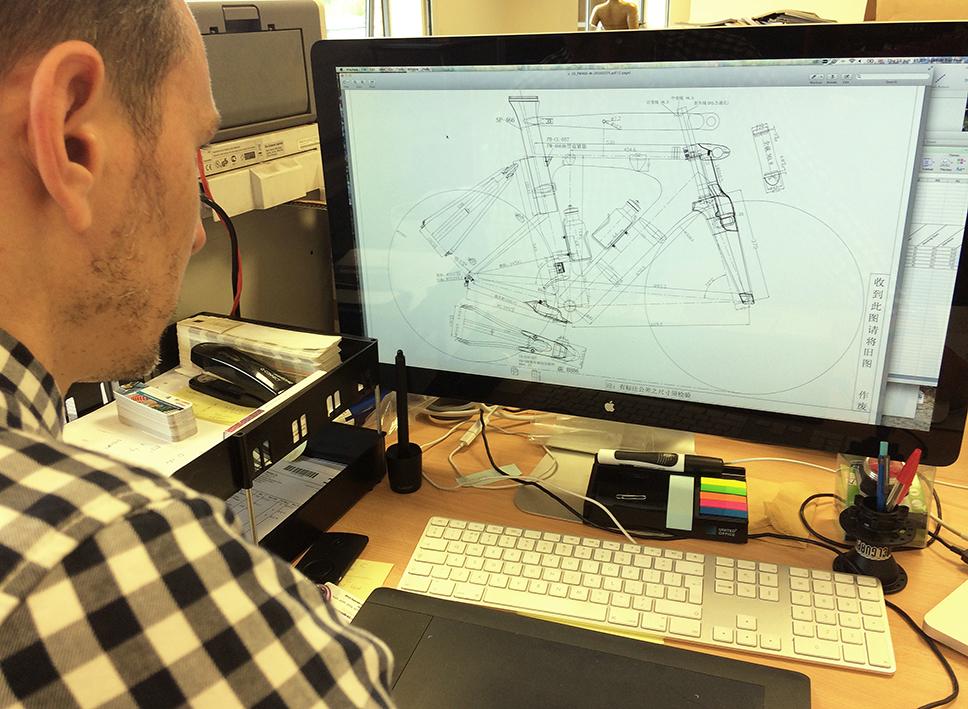 The Selcof handlebar and stem is integrated into the top tube to reduce drag, a common theme with modern time trial bikes. It also helps to lower the front-end position of the body.

Other changes to the new frame include a new profile for the seatstays,  they’re also shorter and have been dropped lower down the seat tube to reduce drag. The aero seatpost is new as well. 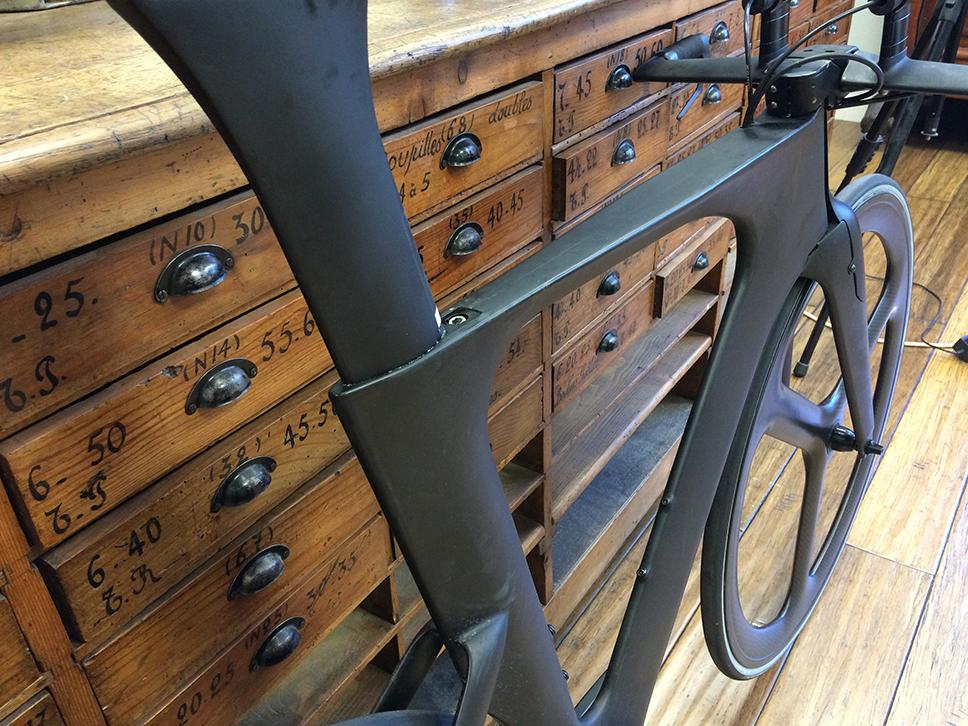 Internal cable routeing carries over from the previous Exocet 2 but now all the cables enter the top tube just behind the stem. Planet X says this is more functional and provides better gear changing performance.

Planet X is offering the new EXO3 in three builds, starting at £2,499 with a SRAM Force groupset and TRP TTV09 brakes and a SRAM GXP chainset. Wheels are Planet X’s own 60/90 carbon handbuilts. 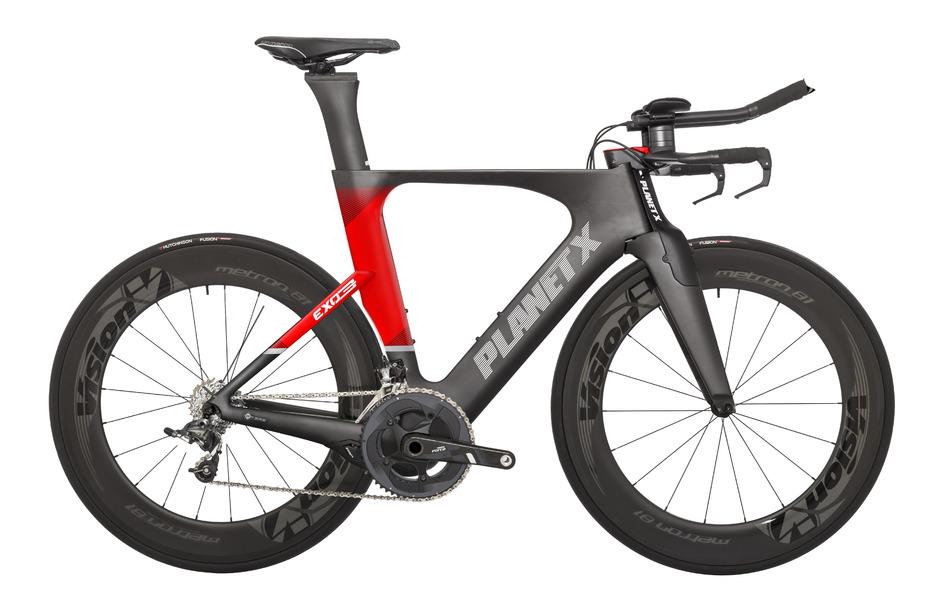 At £2,999 you can get the EXO3 with SRAM Force 11 and Vision Metron 81 carbon fibre clincher wheels.

Next is the £3,499 model with a Shimano Dura-Ace 9000 11-speed groupset and a Planet X Five Spoke Full Carbon front wheel and Carbon Disc rear wheel with Track tubular tyres. 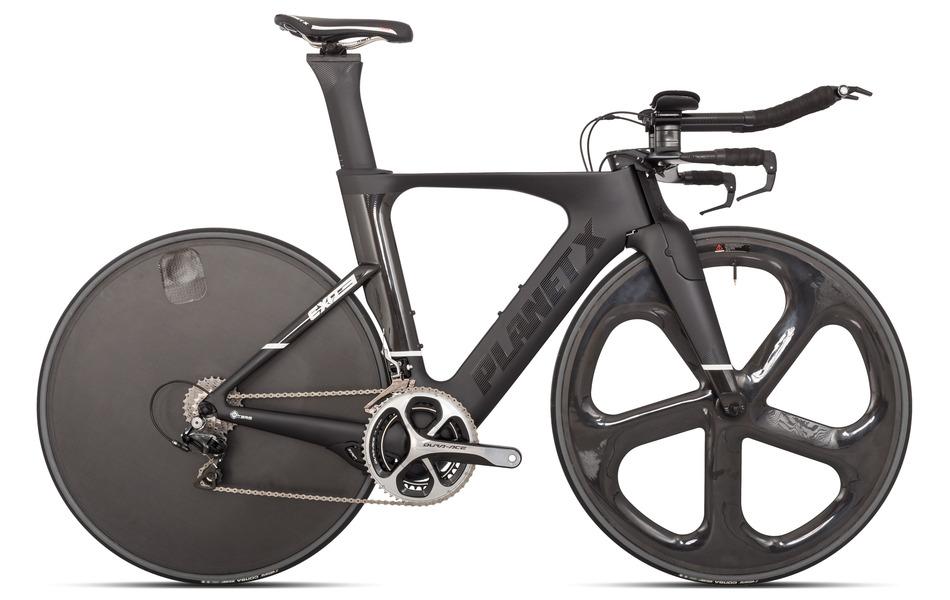 At the top of the line is the £3,999 model with the same Dura-Ace groupset as the previous bike but with an upgrade to HED wheels, an H3 Clincher front wheel and Jet Rear Clincher Disc.

Check it out at www.planetx.co.uk/c/q/bikes/tt-and-triathlon-bikes/exo3

1
Devon cyclists to be given helmet cameras to help catch dangerous drivers
2
World's first eSports pro cycling team sacks rider for cheating on Zwift
3
Motorists to be paid £3,000 to give up cars
4
British riders may be unable to race in Europe under new Brexit rules
5
Video shows cyclist being knocked down at roundabout
6
Five cool things coming soon from Merida, Bontrager, 100%, Farr and Hill & Ellis
7
Near Miss of the Day 547: “My fellow riders did not know how I was not hit,” says cyclist as Jeep driver tailgates overtaking motorbikers through pinch point
8
Custom bike specialist WyndyMilla unveils one-off tribute to guitar legend Eddie Van Halen