Haize, which has just launched on Kickstarter in search of £50,000 of funding, is an electronic compass that aims to make navigating through towns and cities easier.

Haize works like a compass. But instead of pointing north, the device points to your final destination, which you download from a compatible smartphone.

You can either use compass mode, which doesn’t plot a route but instead allows you to follow any route you want. Alternatively, navigation mode sets a specific route and provides turn-by-turn directions.

LEDs around the outer edge indicate your final destination while a central LED indicates your distance. 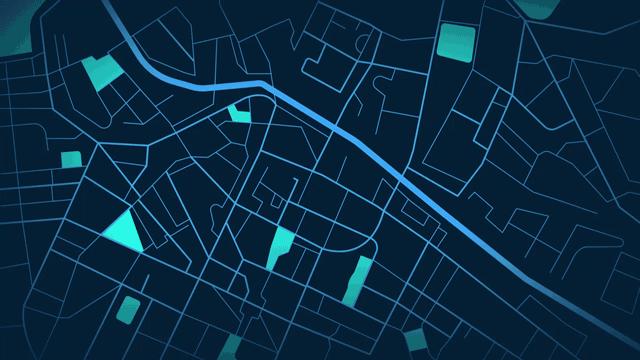 “The Haize led-display gives you all the information you need at a glance; direction and distance. Haize lets you focus on the road and explore the city,” says the company.

The device is machined from aluminium and is claimed to be waterproof. It clips onto the handlebars using a rubber band, so it’s easily removable. The 300mAh battery is claimed to last two weeks of normal usage, and can be easily charged via a micro USB lead.

It’s just 35g and measures 42.5mm in diameter and is 10mm thick, so takes up little space on the handlebars. It’s compatible with Android and iOS smartphones.

Development of the Haize began when the company founders wanted to find an easier way to navigate without using a smartphone, and decided on the compass as a suitable navigation device.

It took six prototype revisions over the best part of a year to arrive at the final prototype, and now the inventors are seeking funding to put it into production.

Haize has more features up its sleeves for future versions of Haize, including phone call and message notifications, alerting others when you’ve had an accident, route downloads and friend tracking. It’s also working on a Haize wristband and a garment mount. Interested? At the moment, you can pledge £50 for a super early bird and get a Haize. Delivery time is estimated to be June 2016, with shipping anywhere in the world.