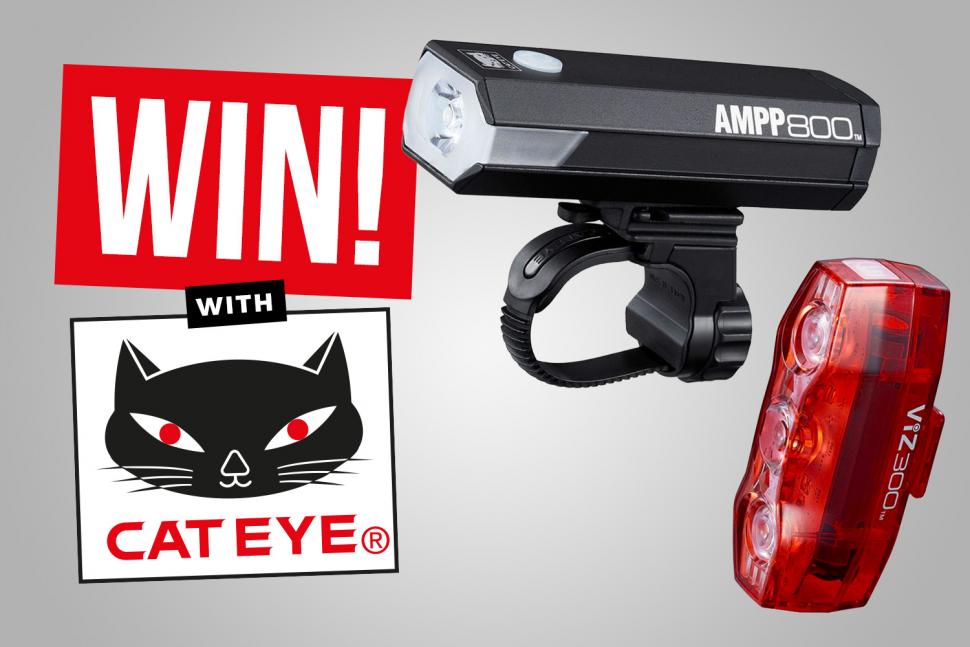 As the clocks change and the days get shorter, five lucky readers will be making sure they can see and be seen with Cateye’s AMPP 800 front and Viz 300 rear lights
by roadcc staff

*This competition is now closed. Thanks for all your entries!*

A representative from Cateye will be in contact with you to arrange your prize.

It’s that time of the year folks, when the clocks go back, our daylight riding hours begin to dwindle away, and our bike lights become not just an additional safety feature but a practical necessity. Fortunately, five lucky UK readers* won’t have to worry about tipping the shed upside down to find last year’s missing lumens as, thanks to Cateye, they’ll have a brand-new set of lights to guide them through the winter months! 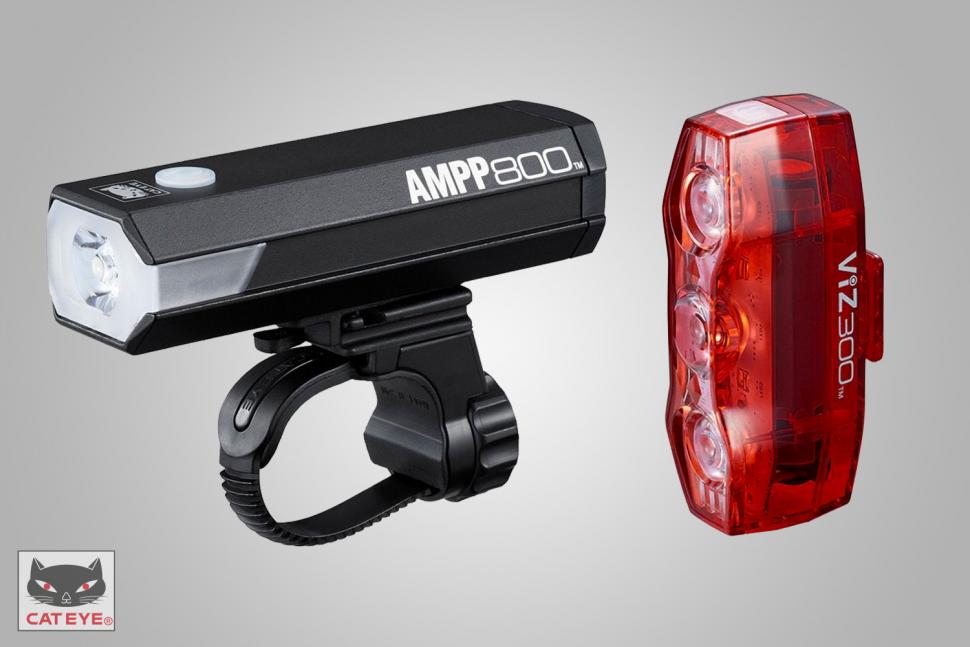 To be in with a chance of nabbing one of five Cateye light sets – featuring the brand’s AMPP 800 front light and Viz 300 rear light, together worth £100 – all you need to do is fill in your details at the bottom of the page. First, let's have a look at what you could win... 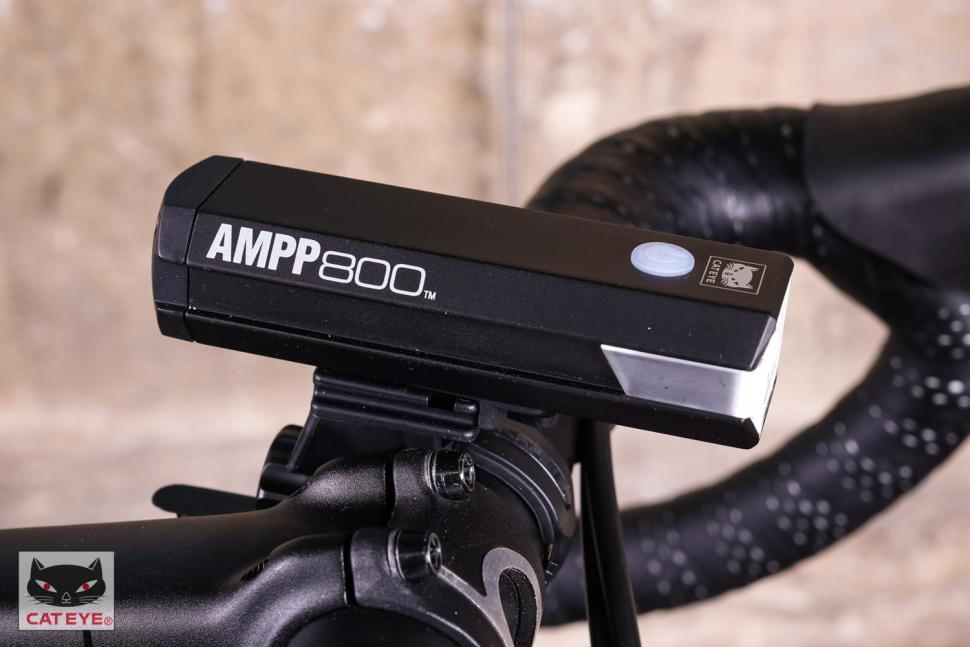 Built to sustain the harsh winter months – whether you’re braving the morning commute or getting your base miles in for the season ahead – the Cateye AMPP 800 is a powerful and solidly made light with a wide beam and impressive horizontal visibility that is easy to attach and remove.

With a max output of – you guessed it – 800 lumens, the AMPP 800’s ‘OptiCube’ lens technology not only gives out light from the front but also allows light to shine horizontally, making you more visible from the side, while the wider beam also means you can see more of what’s ahead of you on even the darkest of unlit lanes. Battery life ranges from 1.5 to 30 hours, while charging takes around three hours.

When road.cc tested it back in 2019, reviewer George said there was “little not to like” about the AMPP 800, which he described as a “hardy, powerful” and “innovative” front light. 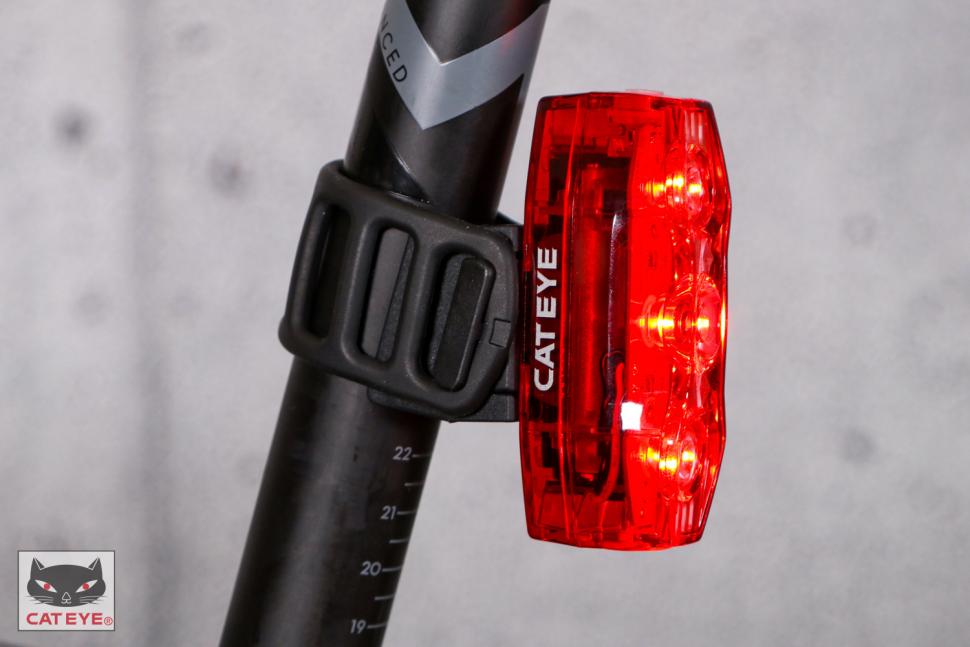 Now to the rear of the bike, where you’ll certainly be seen thanks to Cateye’s Viz 300, which road.cc reviewer Steve described last year as an “effective, long-lived and extremely bright” light that “basically does everything you could sensibly want” and is “visible from as many angles as you could ask for”.

The light’s eyeball-grilling 300 lumen ‘Daytime Hyperflash’ setting, which Steve says can signal nearby planets (probably), also lasts for up to 10 hours, making sure that you can get home safely before anything needs charged.

So, to be in with a chance of winning one of the five sets of lights we’re giving away, just head on down to the form below and fill in your deets.

Entries will close at noon (GMT) on Monday 21st November. Best of luck!

*Please note: this competition is only open to readers in the UK.

The entry form is below. Can't see it? Click here